Cold Weather Leading To A Vegetable Shortage Heading Toward The Holidays

Have you been to your grocery store recently and noticed a shortage of certain vegetables, including broccoli and cauliflower? Chances are that answer is a yes – and you are not alone.

There is currently a shortage going on with a number of vegetables, including some lettuce. According to the most recent report (December 10th) from Produce Alliance, a produce management, procurement and consulting company, there are 14 crops that they have a “produce alert” on. Right now, the say that “demand exceeds supply” on broccoli, with this situation expected to continue for at least another week due to a “slower growth rate.” Produce Alliance also says that cauliflower is in “Act of God” state, mentioning that there is “nonexistant supply” and that “growth rate is slow” with this crop as well. Meanwhile, Pro*Act USA, another food management chain, says that cauliflower is in a “supply gap of historic proportions with very little relief in sight.” And producers are saying that crops that should have been cut at the end of November are not ready to be just yet.

So why are we seeing these shortages?

The answer lies in the recent weather. We seen near average temperatures (combining both highs and lows) over the past month in numerous areas that grow these types of crops, including the Imperial Valley of California and near Yuma. It’s been the lows that have been the biggest issue for these plants. Air temperatures have dropped to near (if not below) freezing at times, especially at the end of November and beginning of December. As we can see from the map above, the average low in these regions have been a few degrees below average since the 28th of November. It’s these types of overnight temperatures that have helped to slow down growth of the plants, and even delay harvesting action until later in the day once the ground finally warms up, with one supplier noting that they haven’t been able to harvest until “noon for the entire week” due to the cold nighttime lows.

We can see at the Imperial County airport that low temperatures dropped off toward the end of November and beginning of December to near freezing, helping to put a delay on that crop growth. Besides that there was variation in the highs, especially around the middle of November, that could have helped stunt growth. Of course, this airport is located just south of the town of Imperial, but temperatures in outlying areas (away from the city) likely had even cooler temperatures, especially at night.

How’s The Next Week Looking Weatherwise? 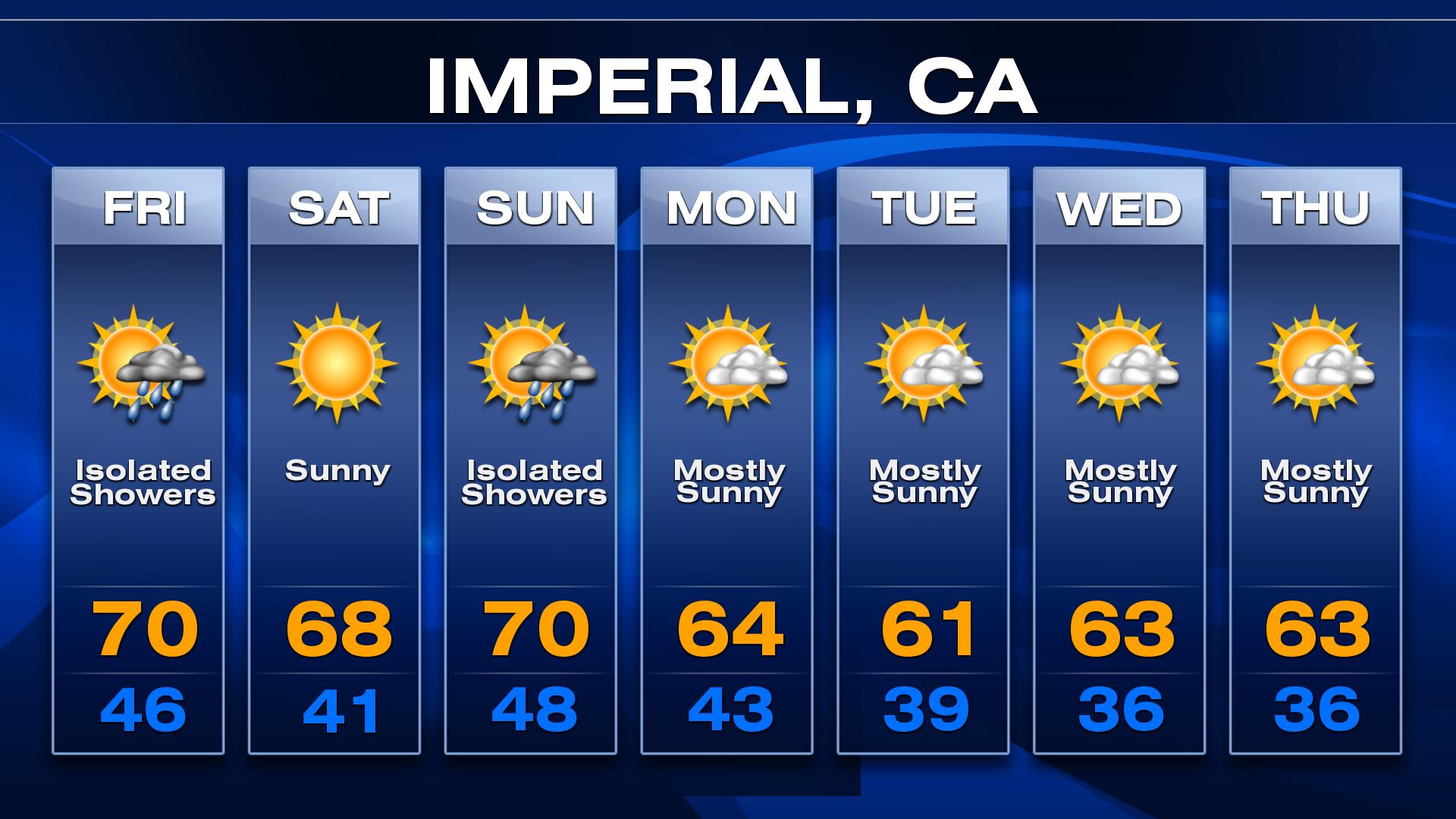 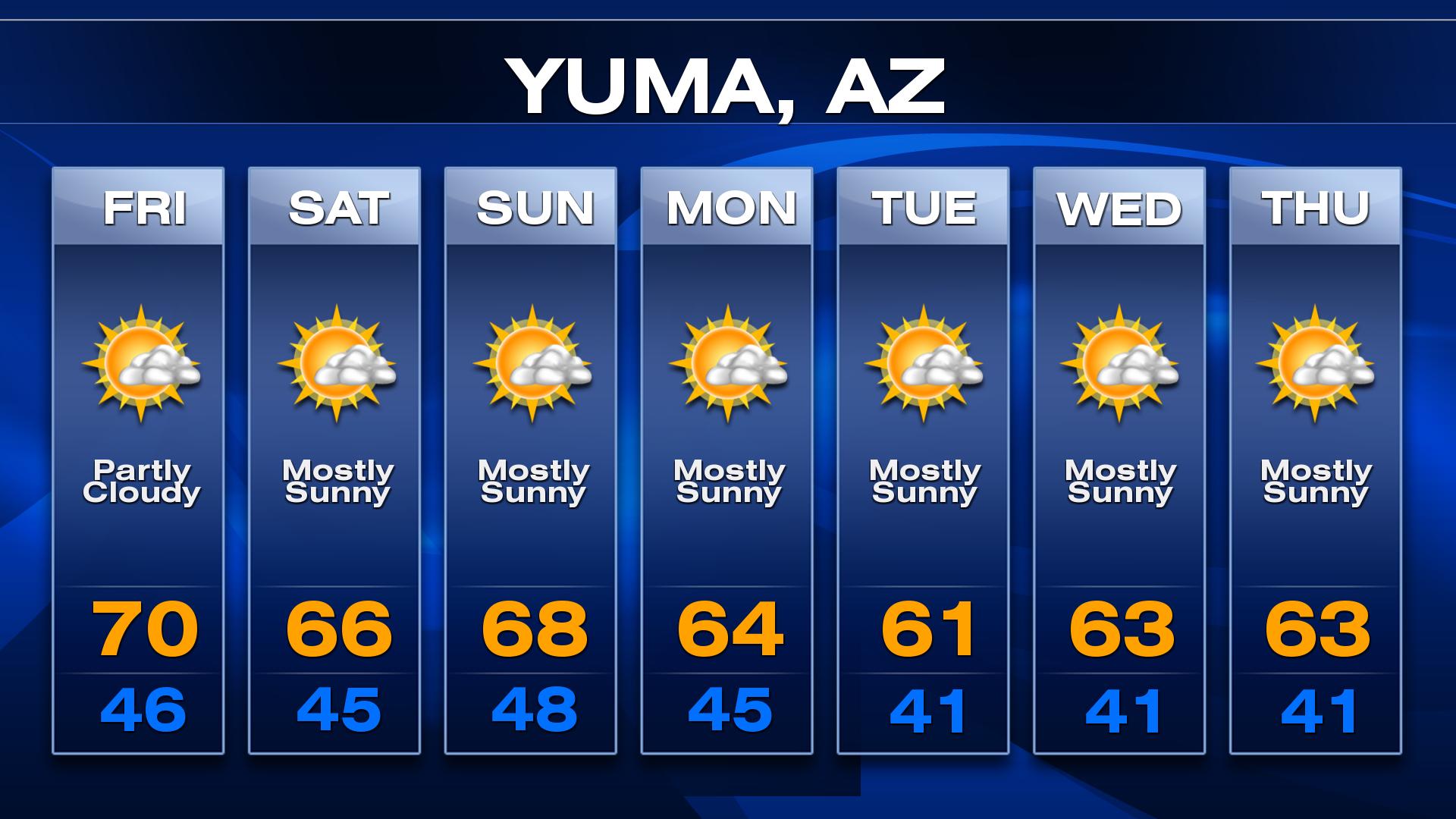 Taking a look at the forecast for these areas, we will see mainly sunny conditions over the next week with highs mainly in the 60s and lows in the 40s through early next week for the towns of Imperial and Yuma. Once we head toward the middle of next week, lows will start to fall once again, and could be in the mid 30s for Imperial by Wednesday. Of course, field temperatures outside the main cities will likely be cooler, and we could see even more delays.

The good news if that some producers believe they will be able to get some of the early crops out of the field within the next week. The bad news? Supplies are expected to be short through the end of the year, meaning picking up some of this fresh produce for your Christmas party might be hard.

(CHECK OUT YOUR FORECAST: wx.aerisweather.com)