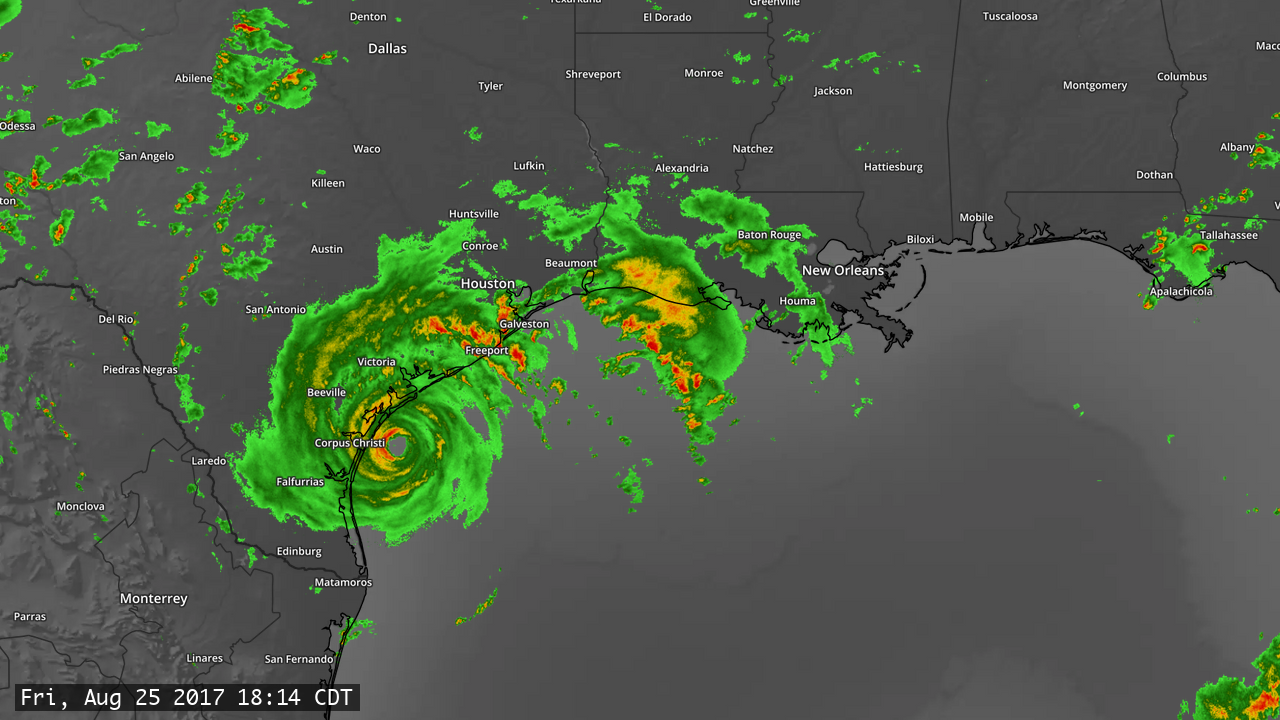 The AerisWeather Mapping Platform (AMP) continues to grow as a leading service for weather maps by offering a wide variety of visualization tools to help tell the weather story.  Over the past few weeks, we have made many additions, including jet stream, Canadian weather alerts, and lightning strike layers. We continue this trend with the latest release of several new radar improvements and additions to AerisWeather Mapping Platform.

Since radar is one of the most popular layers within AMP, its usage continues to grow since we extended coverage to include Canada and South Korea earlier this year. As of this week, radar coverage now includes Australia! The Australian radar integration is made possible through data from the Australian Bureau of Meteorology.  Best of all, no development changes are required since the Australian radar is now part of the  radar layer available with all AMP subscriptions. 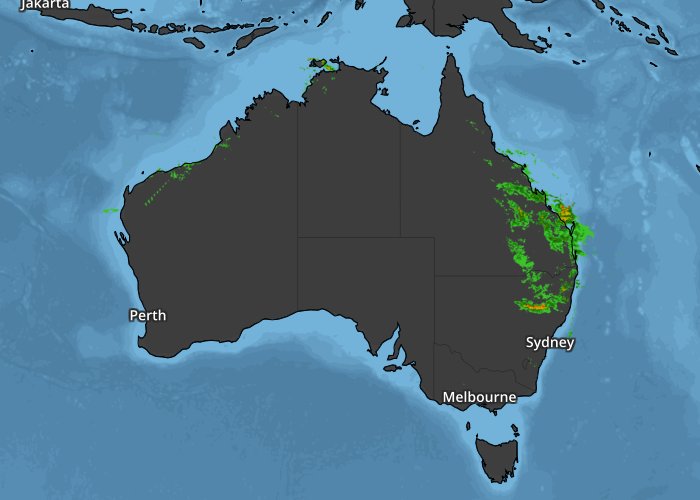 Along with expanding coverage, we are also working to improve the radar in other areas. This week we are launching our next major radar update to public beta that includes data from the NOAA Multi-Radar/Multi-Sensor platform.  Including this data expands the data sources to integrate radar data from NOAA’s NEXRADs, FAA, mobile radars and select commercial radars. As a result, we have much-improved coverage throughout the United States, Puerto Rico and Guam than using NEXRAD imagery alone.

For example, the two images below are a good demonstration of the radar improvements. The first image is from our current production radar using NEXRAD only, while the second image is our using new enhanced radar: 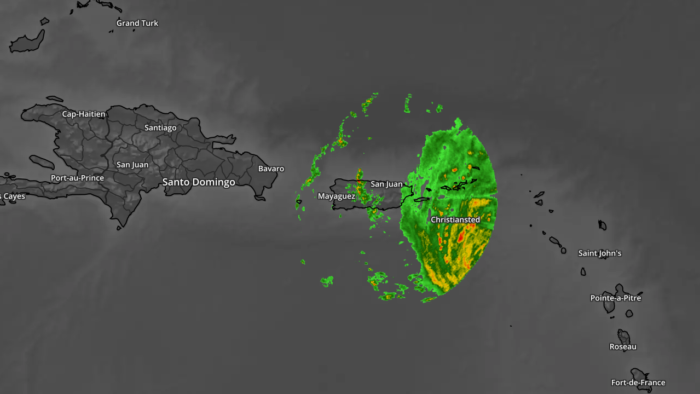 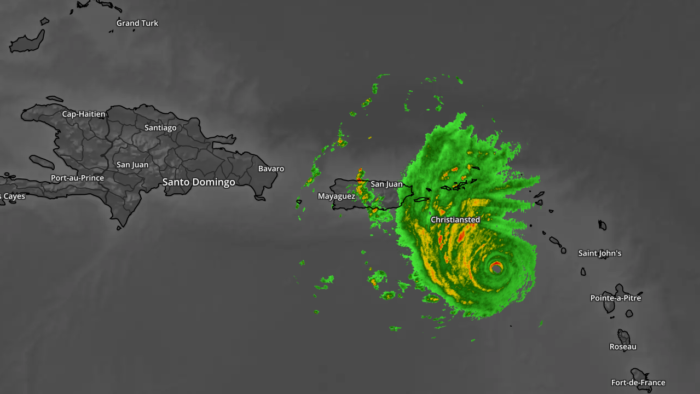 Additionally, the new radar is updated every two minutes versus every six minutes of our current offering. This provides the most up-to-date weather data, which is especially critical during severe weather. The video below of Hurricane Harvey demonstrates the enhanced radar with 2-minute updates:

The new radar offering is currently in beta and available to all AMP subscribers. To begin using the new radar today, use the radar-2m layer name.

For example, using the new radar layer on a static map: 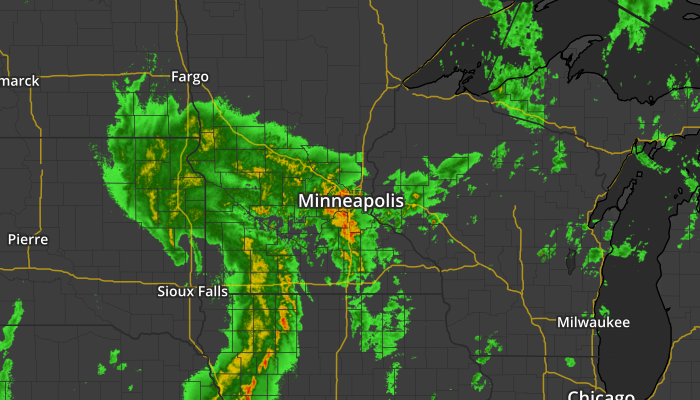 The enhanced radar will be in beta over the next few weeks as we improve and finalize the product with a goal of moving it to production in November 2017.

Recently, we added river gauge data from the Advanced Hydrologic Prediction Service (AHPS) to the AerisWeather API. This same data has also been added to AMP via the new river-observations layer set: 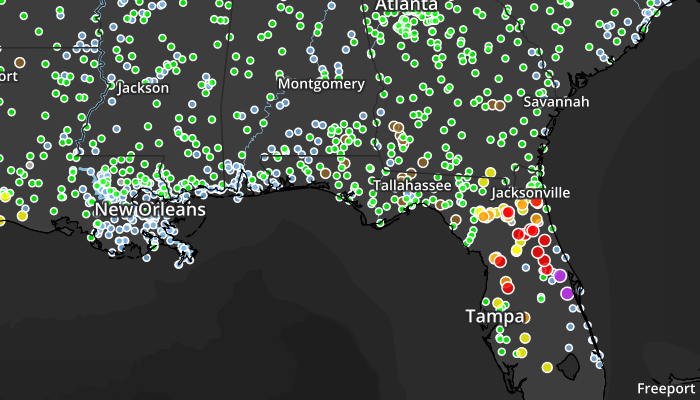 Or, to display only river gauges that are reporting flooding conditions: 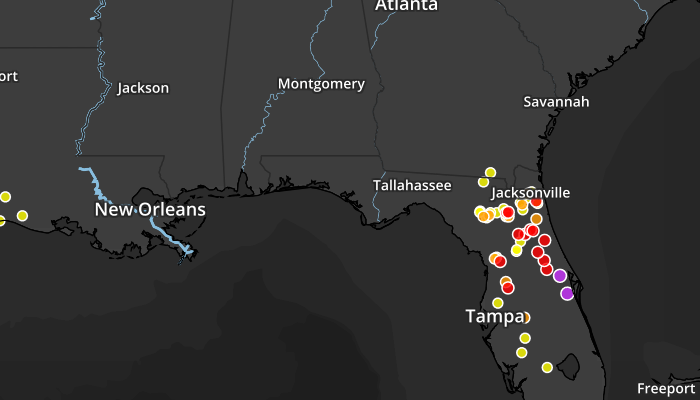 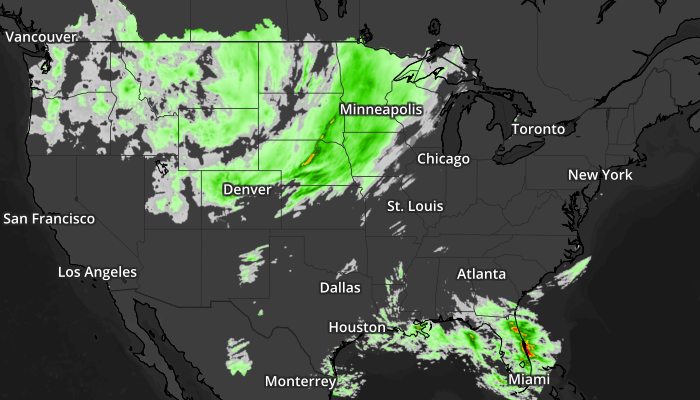 Accumulated precipitation is available for several time periods, including: 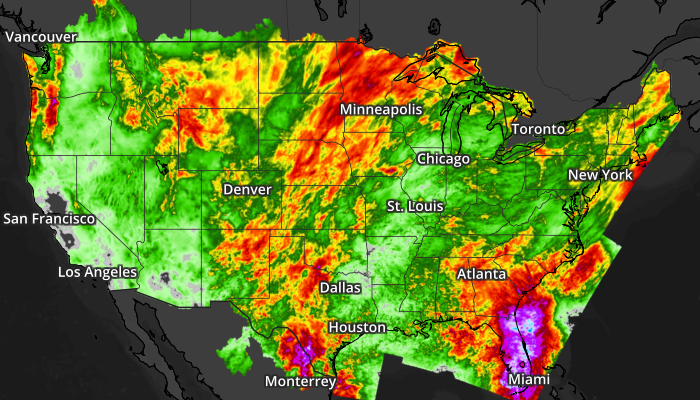