We are excited to announce the new geocolor satellite layer within the AerisWeather Mapping Platform (AMP). This new satellite layer uses the latest GOES-East imagery to provide pseudo-colorized visible satellite during the daylight hours and infrared satellite overnight. 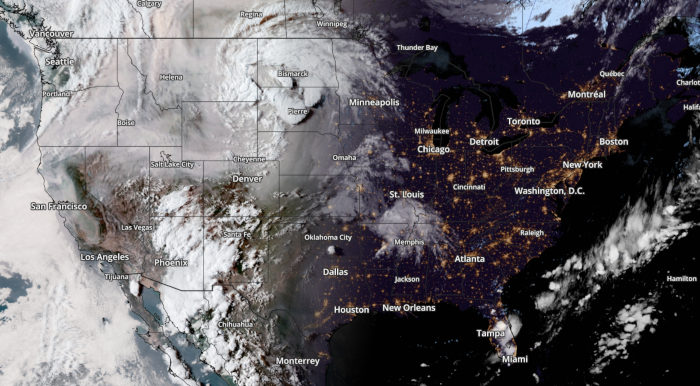 Geo Color Satellite with Sun Setting Across the US

Geocolor satellite imagery can provide high-resolution detail of all types of weather phenomena, such as storms, smoke and snowfall on the ground. Best of all, this new layer is available to all AMP users! 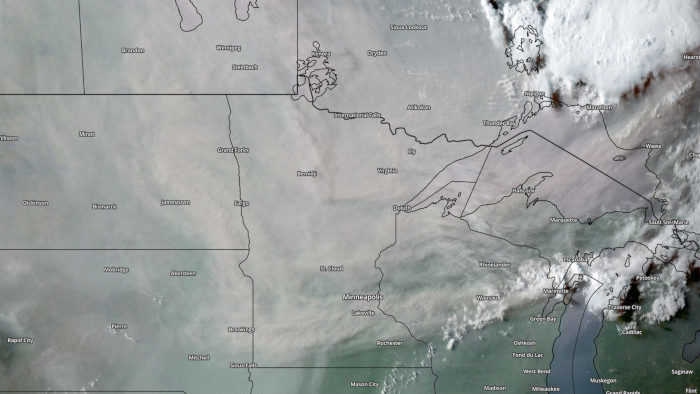 Geocolor satellite imagery updates every 15 minutes and can provide for some fantastic animations, as seen in this video of wildfire smoke from British Columbia streaming into Minnesota last week:

To use the new layer into your project, use the layer name  satellite-geocolor with your various AerisWeather Mapping Platform (AMP) integrations. 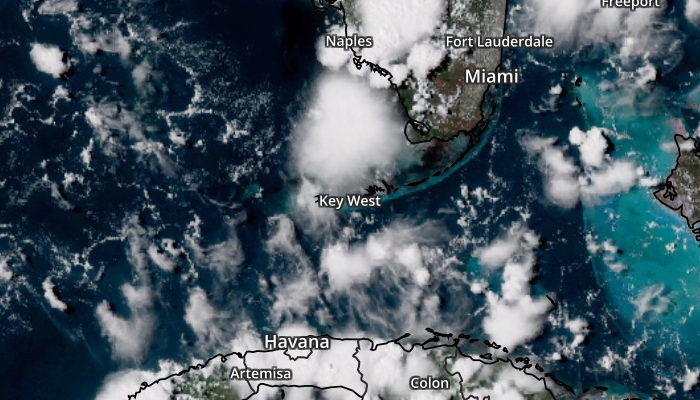 The geocolor satellite layer can also be utilized with third-party mapping libraries, such as Leaflet:

If you’re in need of high-resolution satellite imagery in your project, impress your users by using the new geocolor satellite layer! Try it out today with our free developer trial.