Weather radar is a vital weather tool for both meteorologists and the general public. It not only provides near real-time information on precipitation intensity but also large hail, tornado signatures and much more. We realize the importance of radar and continually strive to improve our radar offerings considering it is our most popular layer within the AerisWeather Mapping Platform (AMP). Recently, we upgraded our radar layer to two-minute updates and expanded into Australia, South Korea, and Europe.

One of the most common requests we receive is to reduce the radar blurriness and pixelation when zoomed in. So today, we are announcing a public beta of one of our best radar improvements yet — vector-based radar! This improved radar now allows you to zoom to the street level with a clean and crisp radar imagery! 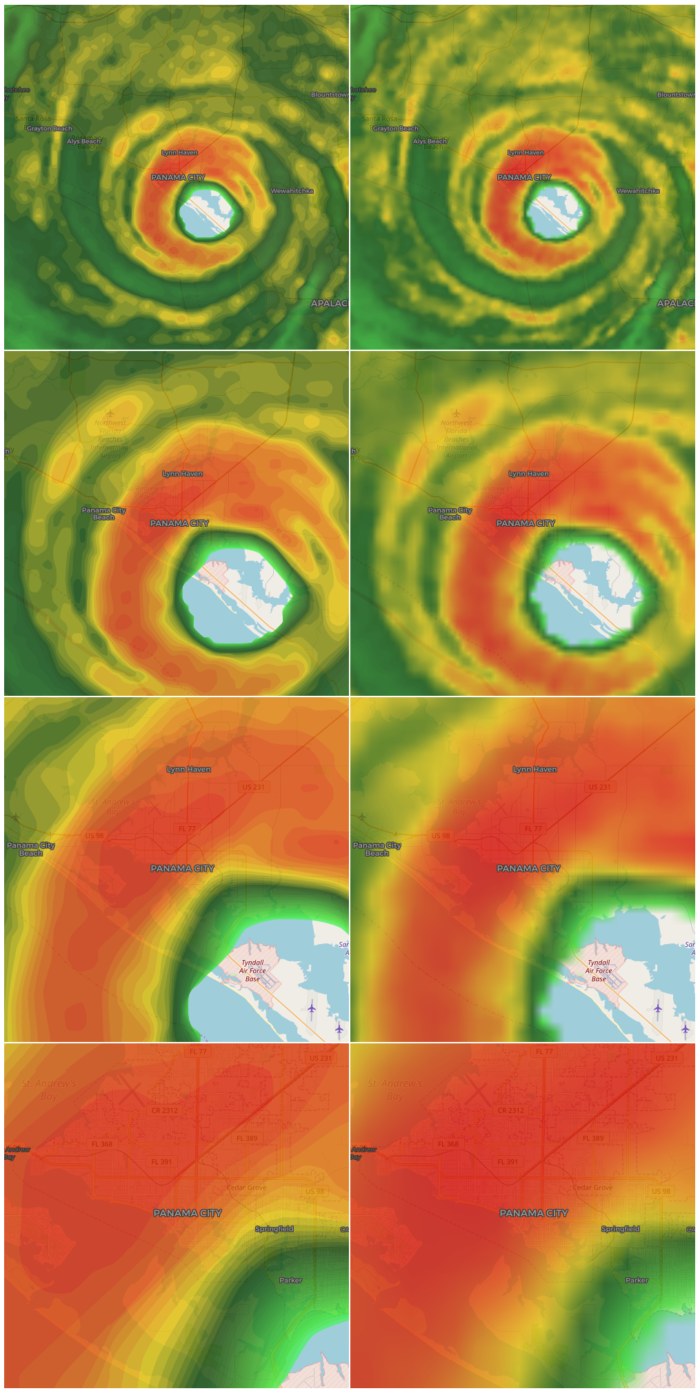 Why Radar is Often Blurry at High Zoom Levels

National, state or regional-level views are useful to get an overall picture weather features on a larger scale. However, many people look for what’s happening within their smaller area of concern, such as cities and neighborhoods.

One of the challenges with this is the resolution of the raw radar data. Within the United States, the spatial resolution of radar data is approximately 1km. This resolution is relatively good at providing sharp and clear radar imagery at lower zoom levels, such as national and regional views. However, once you begin zooming into the map to metro, city and neighborhood views, the raw radar data will always become pixelated. This pixelation is due to the number of pixels per kilometer at the higher zoom levels.

According to Open Street Map, a map view at zoom level 5 (e.g., national view) will result in each pixel covering 4.88km at the equator. Since each pixel covers more area than the radar resolution of 1km, the quality will be very crisp at this zoom level. When you zoom in to level 7 (e.g., regional view), each pixel is comprised of 1.22km. This will still result in a crisp image since this coverage area is greater than the 1km radar resolution. Once you zoom in to level 11 (e.g., city view), each pixel consists of 76 meters, and it will take 13 pixels to equal the 1km. Having a raw data point being stretched across multiple pixels is what results in image pixelation and blurriness because your browser or software has to make up data to fill in all those extra pixels using a variety of interpolation methods.

Note that above I stated “at the equator” when referencing the pixel coverage values. As you move away from the equator, a Mercator projection will stretch distances causing even further pixelation of the raw data.

For example, the following radar for the Dallas / Fort Worth area at zoom 10: 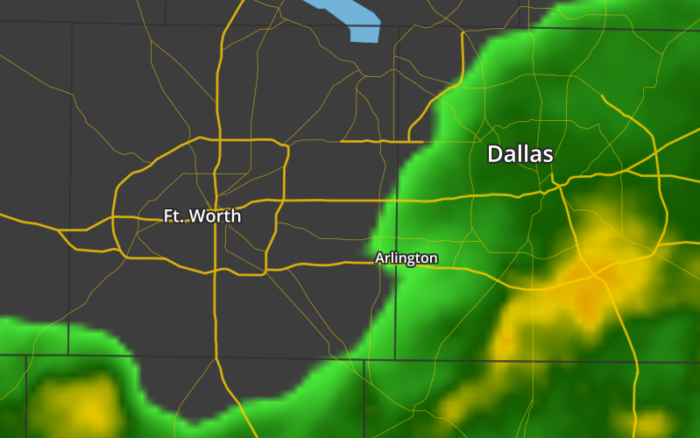 Vectors to the Rescue

Various techniques can be applied to reduce pixelation, including resampling the radar data to a higher resolution, blurring, and various other methods. We use several of these methods today, though they do have limitations as you zoom in simply due to the limitations of the raw data resolution.

Another solution beyond just resampling the data is to generate vector contours based on the raw radar data. We can then render radar for any requested zoom level without a reduction in resolution or quality with the data as vector polygons. This also allows us to control the amount of smoothing that gets applied to the radar data, giving way to clean, smooth radar imagery all the way down to city and neighborhood level.

The same view of the Dallas/Fort Worth area, using the new vector-based radar: 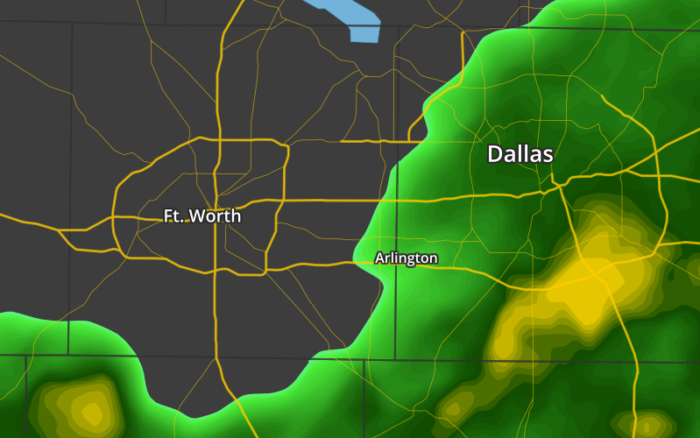 We’ve been working over the past several months to implement and finalize this improved radar generation method and are now opening it up to a public beta over the next few weeks! Like the production radar  layer, the beta radar layer is available to all AerisWeather Mapping Platform (AMP) subscribers via the layer name radar-contour: 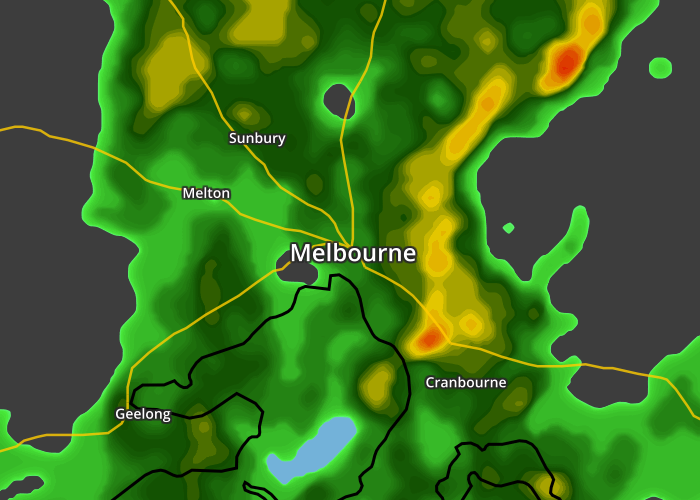 You can also use the contour radar within interactive mapping libraries, such as the Leaflet Library:

The beta period for the contour radar will go for a few weeks. Afterward, we plan to replace the current radar layer in production with the improved version sometime in November.

Try Out the New Radar Today!

Start testing the new beta vector based radar today! If you’re not a current AerisWeather Maps subscriber, check out the free developer trial. Also, let us know your feedback as it will continue to feed into further improvements to our products and services.