Last November, we released the initial beta of our new, modern AerisWeather JavaScript SDK. The new SDK is designed to be more flexible, easier to use and more lightweight than the previous AerisJS library we released years go. We’ve now released beta 3, getting us even closer to a final 1.0 release.

We released the initial beta with a strong foundation of core features, including:

In the following examples, we’ll be using the script method for using the AerisWeather JavaScript SDK. Configuring your interactive map using the NPM module would be the same, except the method used to instantiate your map will be different. Refer to the documentation for more information regarding using the NPM module.

By default, the interactive weather map will use LeafletJS as the default mapping library. So once you’re setup with an active AerisWeather account and have reviewed the documentation on including the SDK library, you’re ready to create your interactive map.

For the interactive map, you’ll be using the interactive(target, opts, callback)  method on the AerisWeather instance you’ve instantiated. This method takes three arguments, but only the first one is required:

The following example will render an interactive map using the LeafletJS library centered on Austin, TX (30.26715, -97.74306) with satellite and radar layers: 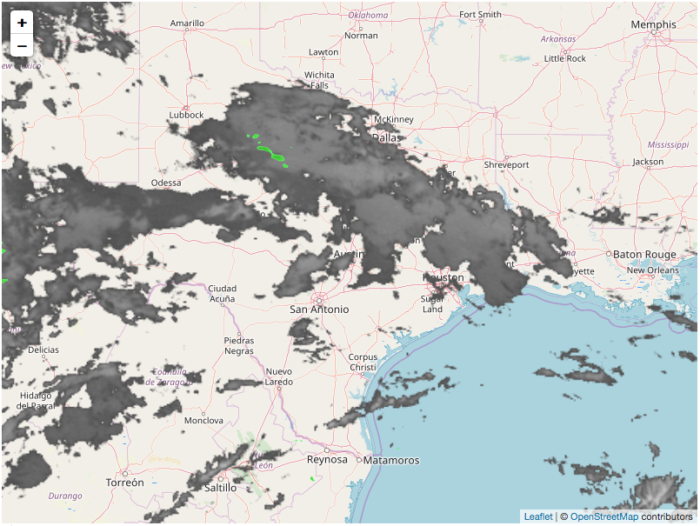 Alternatively, using a callback function as the third argument to the aeris.interactive()  method instead of a Promise:

Then within your Promise’s then()  method or your callback function, you can further customize and manipulate your interactive map using any of the available methods on your map instance. For instance, you can add and remove layers using addLayer() and removeLayer() respectively:

Review our interactive map documentation for additional information and examples regarding configuring and working with your map.

Instead of the default LeafletJS mapping library, you may wish to use Mapbox GL with your interactive weather map. Doing so requires just a simple change to your map’s configuration — setting the strategy  to mapbox  and setting the value for accessToken  to your Mapbox account’s access token:

After making this change, your interactive map will use Mapbox GL as the base mapping library: 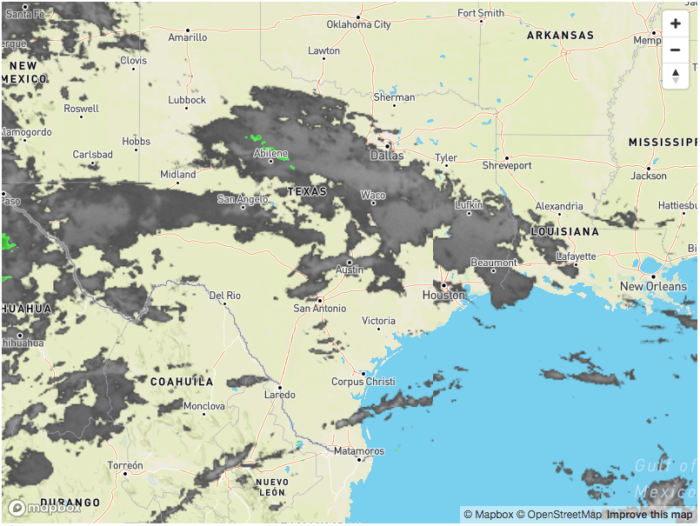 You can also use OpenLayers as your mapping library of choice, which will use OpenStreetMaps as the base layer. Just set your map configuration’s strategy property to openlayers:

Your interactive map will now use the OpenLayers mapping library instead: 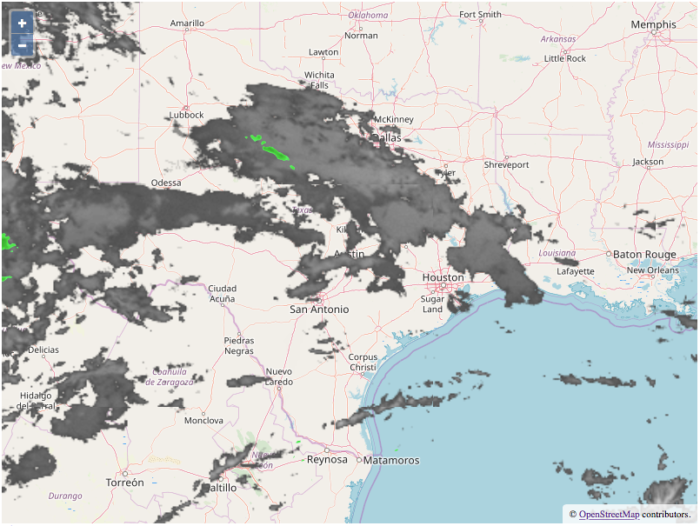 Get Started with the JavaScript SDK

This is just a brief introduction to the interactive map feature of our new JavaScript SDK. Over the coming months, we’ll be expanding our usage documentation and examples as well as posting more in-depth blog posts as we approach our official 1.0 release. Start using the new SDK today! And if you don’t have an AerisWeather account yet, sign up for free to start working with the JavaScript SDK and all of our other toolkits and products.

And while you’re working with the SDK, be sure to provide us with your feedback and suggestions so we can continue to improve it.