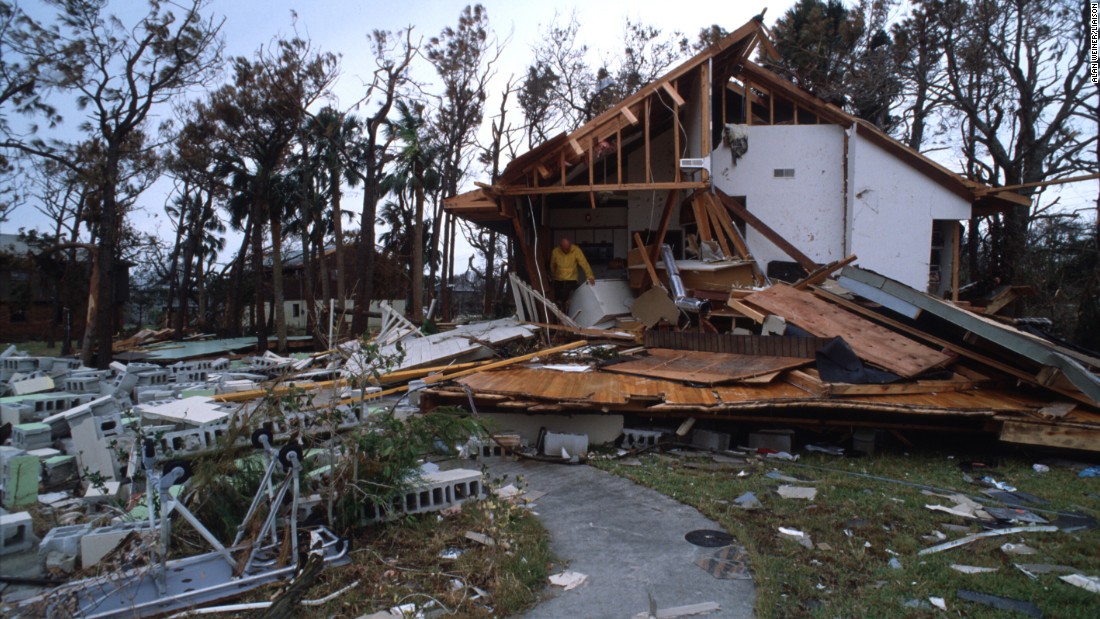 What To Do After a Hurricane

Hurricanes are America’s deadliest natural disasters. They’re expensive, too. According to USA FACTS, adjusting for inflation, 7 of the 10 most expensive natural disasters have been hurricanes. Of those 7, 6 have happened since 2000. 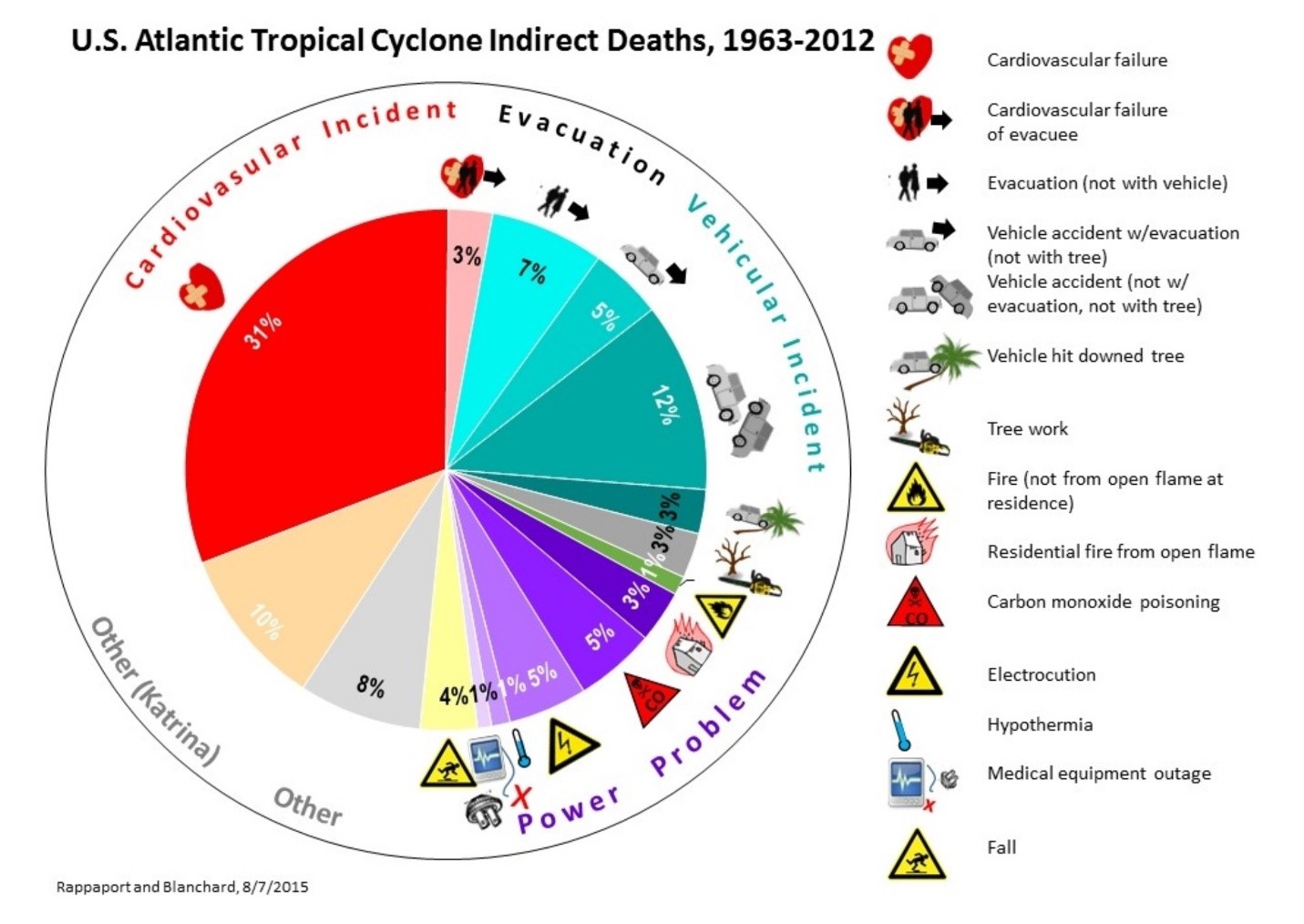 Technological breakthroughs like weather satellites and computer models have lowered the death toll over time, but there are harrowing exceptions. In spite of timely warnings, Hurricane Katrina (2005) left 1,833 dead and Hurricane Maria (2017) killed 2,981 people. It may be counterintuitive, but most of the deaths occurred days or even weeks after the hurricane struck. “Statistics now show that more people are being killed or injured after the storm rather than during it” says meteorologist Dennis Feltgen, Communications & Public Affairs Officer at NOAA’s National Hurricane Center in Miami. How is that possible? As the graphic above explains, hurricane survivors are often victims of heart failure and other medical maladies, vehicle accidents, fires and electrocution. It’s very possible to survive the storm, but not the aftermath.

According to Feltgen there are steps you can take after a hurricane has passed to lower your risk. Be very careful as you walk around. Check for gas leaks and structural damage. Stay away from power lines. Check on neighbors. We’re all in this together – they may need help, or be able to offer help. 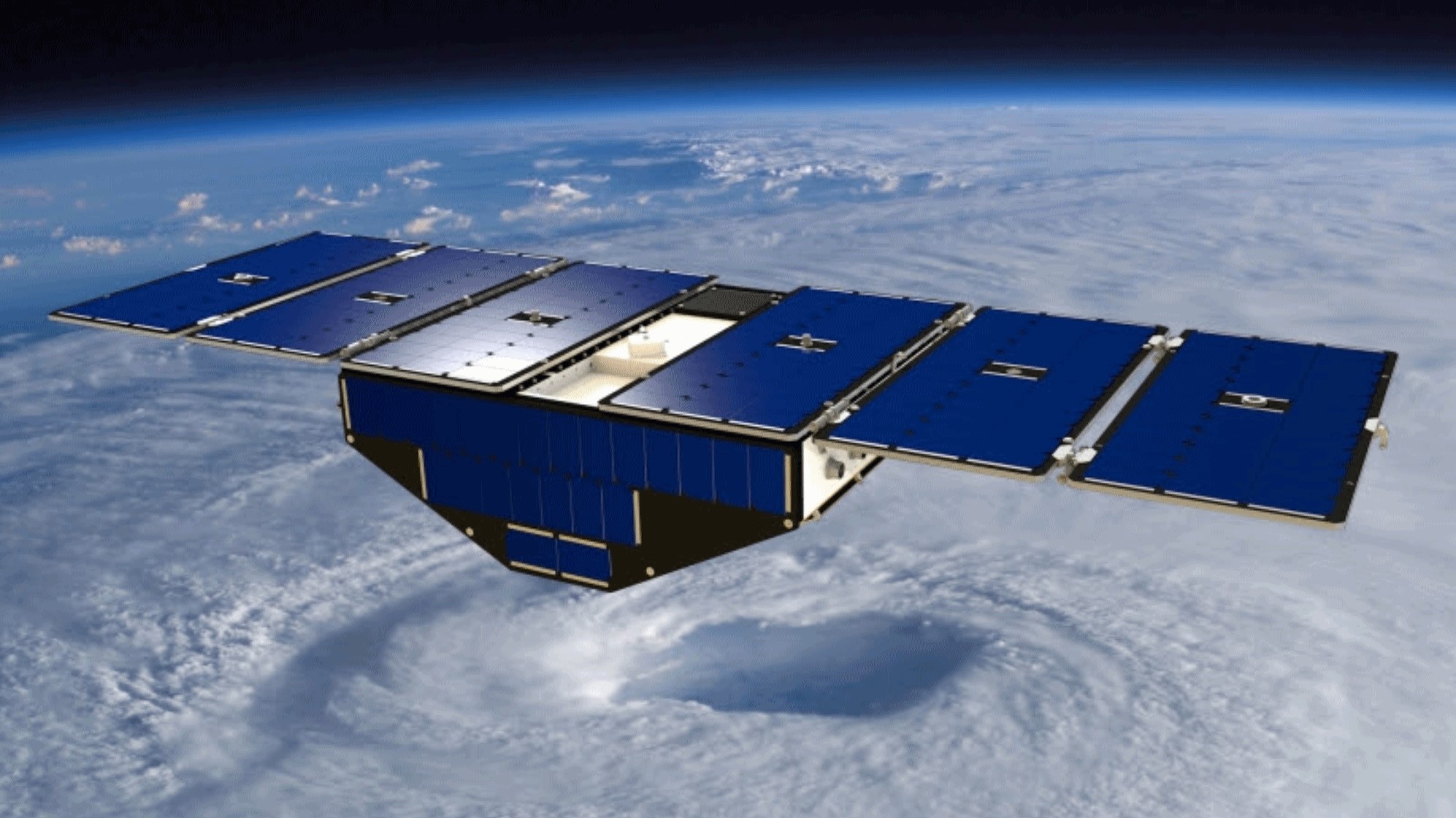 Odds are power will be out for at least a few days, and if you’re using a portable generator, avoid the temptation to place it in your home or garage. “Carbon monoxide poisoning is one of the leading causes of death after storms” Feltgen said during a recent interview. If you don’t have a generator, you should have some battery-operated fans ready to move the air around and tolerate the inevitable heat that follows a hurricane. Use battery-powered flashlights. Do NOT use candles. The local fire department may not be able to roll a truck if that candle starts a larger blaze. Keep a First Aid kit handy and treat open wounds antiseptic cream to avoid infection. Floodwaters contain chemicals and other pollutants. Stay out of that dirty water as much as possible. 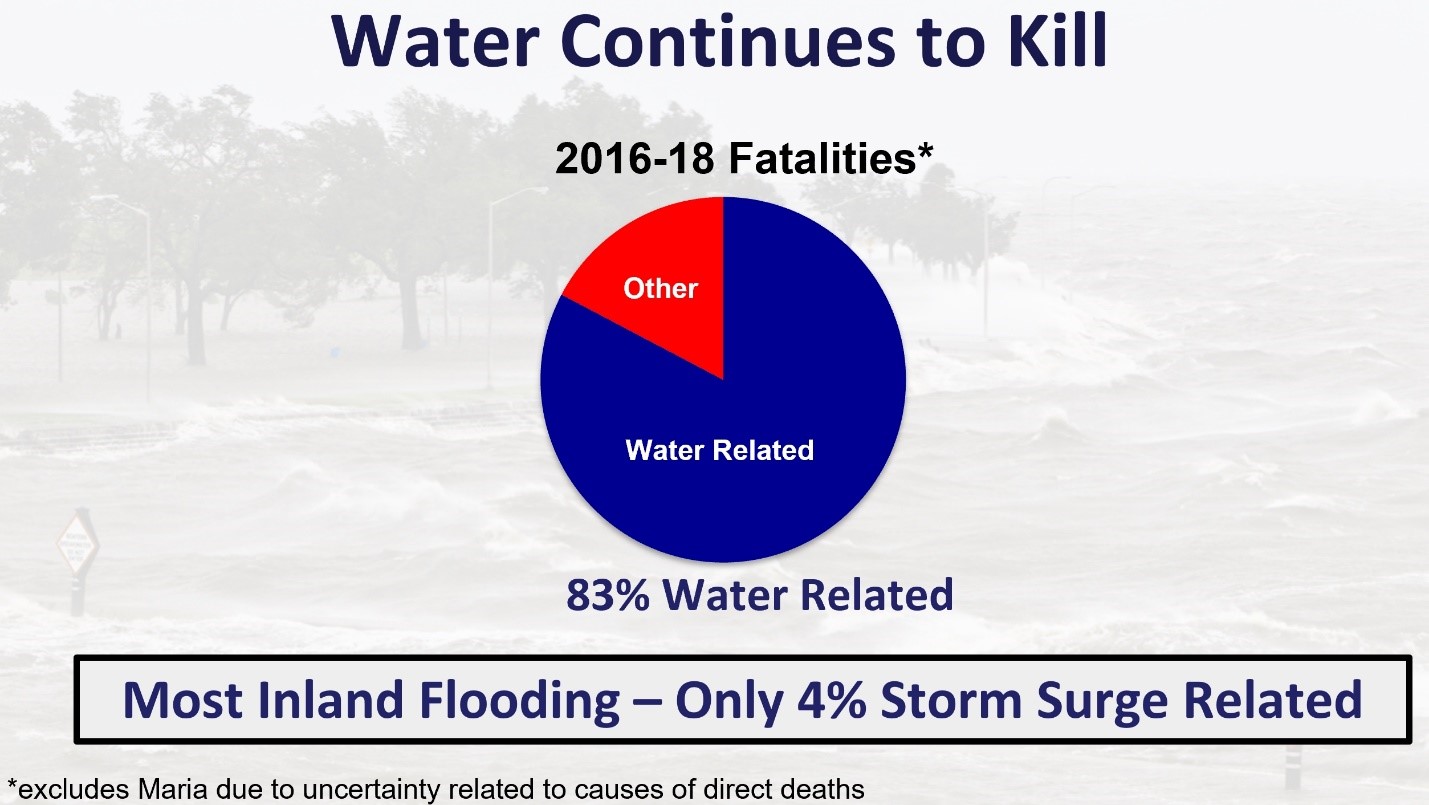 Biggest Hurricane Killer: Water, Not Wind. Data from NOAA’s NHC since 2016 shows 83 percent of all hurricane fatalities were due to inland flooding; only 4% from coastal storm surge flooding.

Avoid the urge to go sightseeing. Chance are you’ll get in the way of first responders and utility crews trying to restore electricity and natural gas. It often takes weeks or even months for infrastructure to be fully restored. If you must travel, watch for fallen objects in the road, downed electrical wires, weakened walls and bridges, flooded roads, and sidewalks that might collapse. If the road is barricaded, don’t go around the barricade – it could very well cost you your life. During the past 3 seasons more than half of the U.S. tropical cyclone water-related fatalities were vehicle-related, according to The National Hurricane Center. 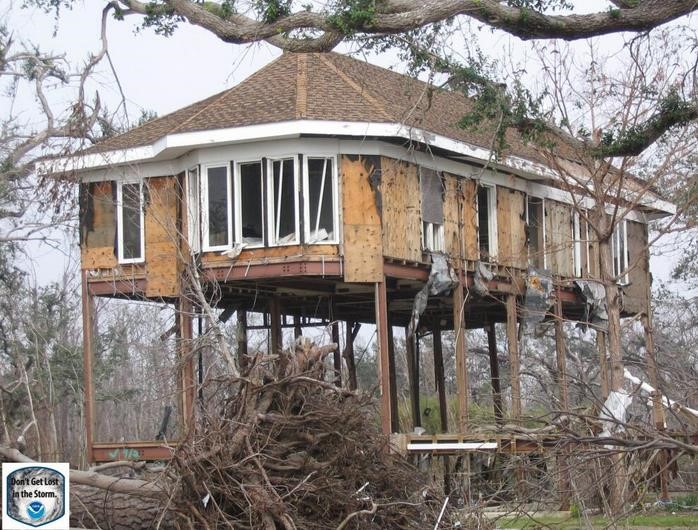 No Match for a Hurricane. File image: NOAA.

Stay out of any building if you smell gas, if floodwaters surround it, if it was damaged by fire, or if the authorities have not declared it safe. Listen to local officials and don’t tempt fate by returning home early. “If you evacuated, return home only when officials say it is safe” Feltgen adds, who has survived a string of hurricanes, and learned tough life-lessons the hard way. 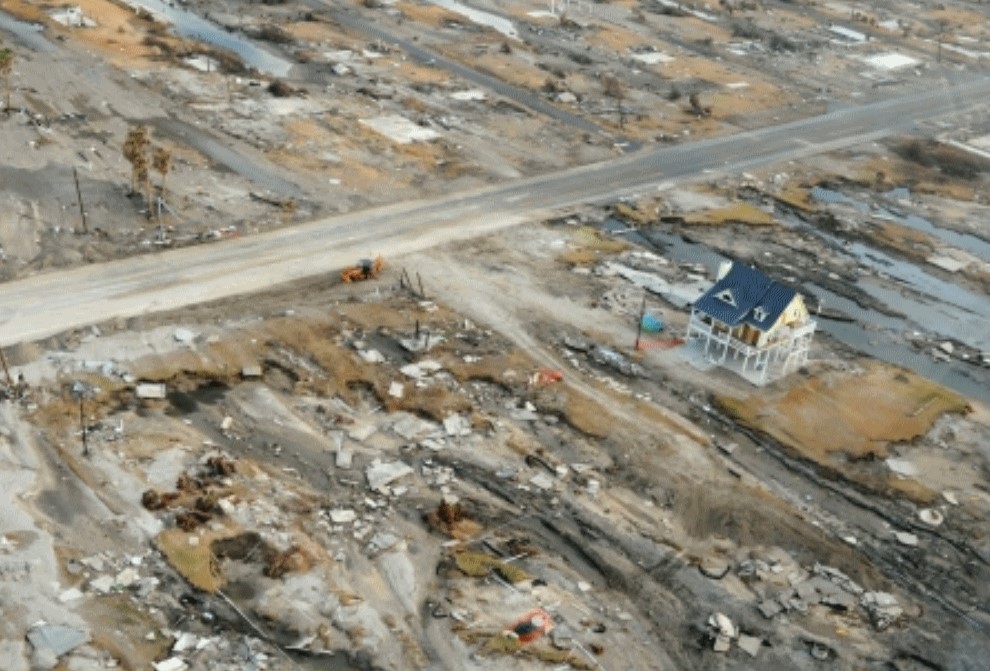 Remember, the aftermath of a hurricane is physically and mentally grueling. Recovery is often a frustratingly slow process, according to The Department of Homeland Security: “Recovering from a disaster is usually a gradual process. Safety is a primary issue, as are mental and physical well-being. If assistance is available, knowing how to access it makes the process faster and less stressful.” Lines are long and tempers are short after a hurricane passes. Everyone’s lives have been disrupted. It’s important to cut people more slack and treat yourself to frequent mental health breaks. Treat neighbors and complete strangers the way you expect to be treated. 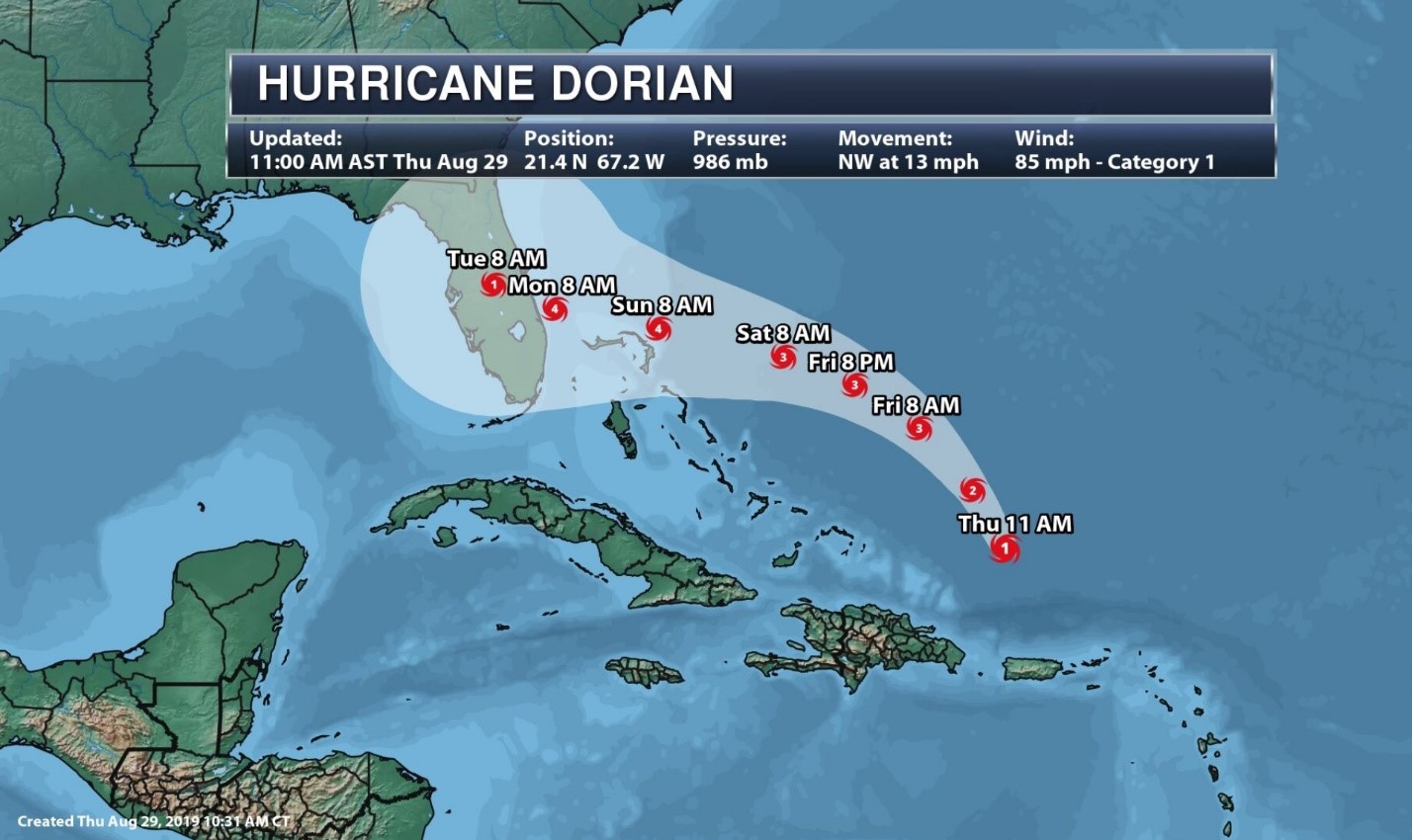 Businesses in the path of hurricanes face daunting challenges as they try to maintain operations and pay employees during the long clean-up and recovery process. Advance planning is critical, along with access to reliable, actionable weather data to make smart decisions in real-time. Providing businesses with Emergency Services that set expectations and aid in post-storm recovery is essential: “After a hurricane the priority is cleanup, relief deployment and recovery efforts. Facility managers and insurance brokers need to quickly identify compromised roofing and HVAC equipment” according to AerisWeather COO David Hubbard. “Quickly restoring business operations and the ability to serve customers to pre-hurricane conditions is the objective.”

Where was flooding most severe? Which communities saw the heaviest rain? How strong were the winds? How high did the storm surge rise? Insurance companies can lever detailed data and mapping to reduce fraud, only paying claims for neighborhoods that suffered (verified) storm damage. Data is available, after the fact, to help companies become more weather-resilient over time. 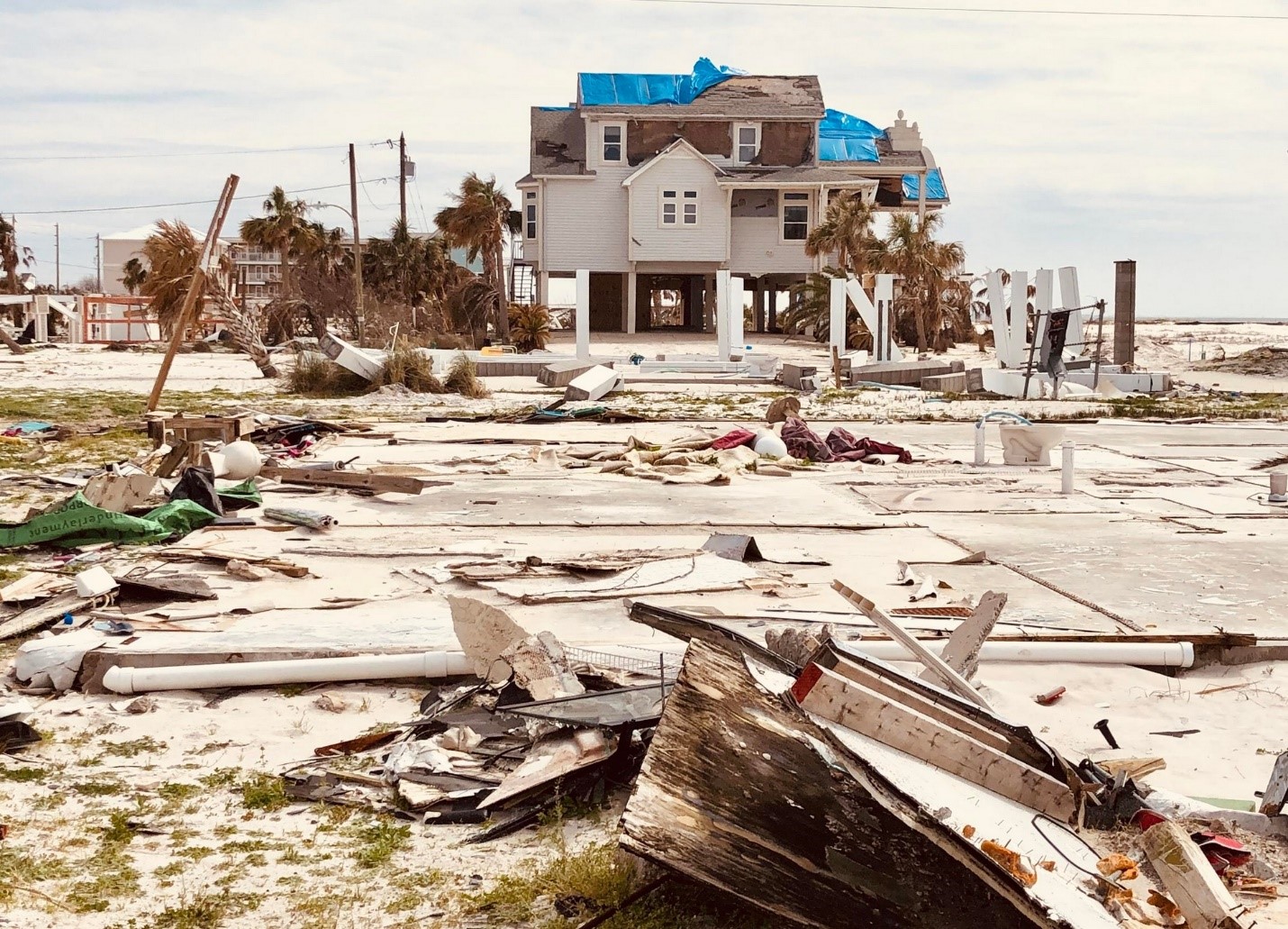 Mexico Beach, Florida. I snapped this photo in late February, 4 months after Category 5 Michael slammed into the Florida Panhandle.

Floods, tornadoes and high winds strike the United States on a regular basis, but only hurricanes combine all of these threats into one potentially life-changing weather event. Factor warming, rising seas, rapid intensification before landfall and a warmer atmosphere “juicing” inland rainfall amounts as the climate warms, and you quickly understand why so many Americans in Hurricane Alley live in a state of perpetual paranoia. We can’t change the weather (nuking a hurricane is still the very definition of a bad idea) but we can prepare for extended weather disruptions and lower the risk of becoming a storm statistic.

Author Lee Child said it best. “Hope for the best, plan for the worst”.

Paul Douglas is co-author of “Caring for Creation: An Evangelical’s Guide to Climate Change and a Healthy Environment”, and co-founder and Chief Meteorologist at AerisWeather, located in the Twin Cities of Minnesota.

Tags: aerisweather, after a hurricane, aftermath of hurricane, how to deal with hurricane, Hurricane, Storms, tropical storms, weather