What Exactly Is a Derecho, Paul?

What is a Derecho? Dr. Marshall Shepherd has a good explainer at Forbes; here’s an excerpt: “…NOAA defines a derecho as, “(pronounced similar to “deh-REY-cho” in English, or pronounced phonetically as “”) a widespread, long-lived wind storm.” They are typically associated with organized bands of rapidly moving thunderstorms or rainstorms like squall lines, bow echoes, and quasi-linear convective systems. All of these systems are classified as mesoscale convective systems (for example, the MCS mentioned above). NOAA has a very informative website that goes into the origin of derechos. According to NOAA’s website, “Although a derecho can produce destruction similar to that of a tornado, the damage typically occurs in one direction along a relatively straight path…” 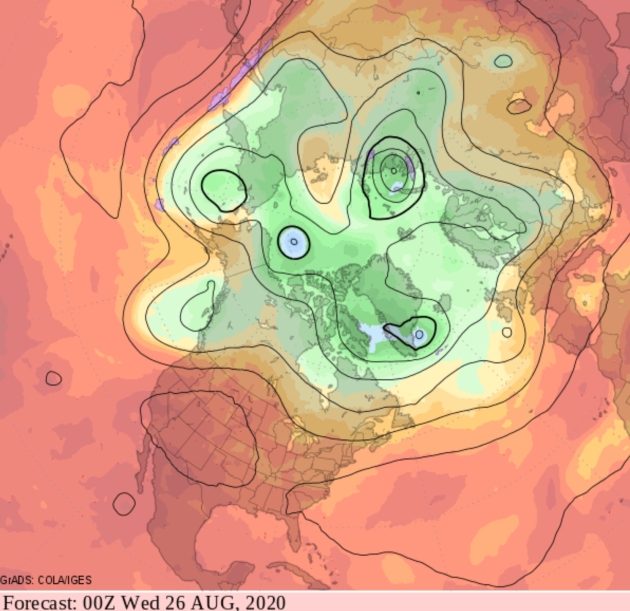 Late August: Moderately Warm. The epicenter of heat remains over the Southwest and Great Plains, with a growing chance of a few 90s as we approach Labor Day, but 80s should be the rule overall.

Metro Area Hail Storms: August 9-10, 2020. The Minnesota DNR has details on Sunday night’s wild storms: “…The second wave of storms eventually moved into areas affected by the first wave, producing more large hail, along with winds of 50-60 mph. The Twin Cities International Airport recorded a wind gust of 61 mph; Flying Cloud recorded a gust to 59 mph. Even areas not hit directly by the strongest storms experienced vivid, often continuous lightning. Many observers noted a “roaring” sound caused by the unending thunder. The storms formed in a very unstable environment, likely along corridors that had been disturbed by rain and thunderstorms earlier in the day. These corridors allowed strong thunderstorms to regenerate and affect many of the same areas multiple times. Buffalo in Wright County received golf ball-sized hail three separate times. Chanhassen had nearly non-stop activity from 7:45 to 10 PM, and again between 1 and 330 AM. The repeat activity resulted in rainfall of 2-3 inches in Wright, Hennepin, and Carver Counties, with observers near Chaska, Chanhassen, and Eden Prairie reporting 4-5 inches of rain. The National Weather Service forecast office in Chanhassen led the pack with an official total of 5.53 inches…”

What’s the Deal with Hail and Edible Items? Helpful grapic above courtesy of the Sioux Falls, South Dakota office of the National Weather Service.

Hurricane Isaias Expected to Cost Insurers $4 Billion in U.S. Bloomberg has an update: “Hurricane Isaias, which left millions without power in the Northeast, is expected to cost insurance companies about $4 billion in the U.S., according to risk modeling firm Karen Clark & Co. The storm also caused about $200 million of insured losses in the Caribbean, the company said in a report Monday. Those figures include wind and storm surge damage covered by the insurance industry, but doesn’t include National Flood Insurance Program losses. Isaias brought the highest wind speeds since Superstorm Sandy in 2012 and resulted in low levels of wind damage in more than a dozen states, according to Karen Clark…”

File image of “Isaias” courtesy of NOAA and AerisWeather.

New Sensors Record 440-Mile Megaflash. Didn’t see this coming. Like peeling an infinite onion, we keep discovering new things about Earth’s atmosphere. Fascinating and humbling at the same time. The Guardian reports: “The World Meteorological Office has confirmed new records for the length and duration of lightning, doubling the previous records. The so-called megaflashes were identified with the help of new satellite observation systems. The results were published in American Geophysical Union’s Geophysical Research Letters. The distance record was taken by a flash of more than 440 miles (709km) seen over in southern Brazil in 2019, greater than the distance between London and Glasgow. The duration record went to a 2019 flash over Argentina lasting more than 16 seconds…”