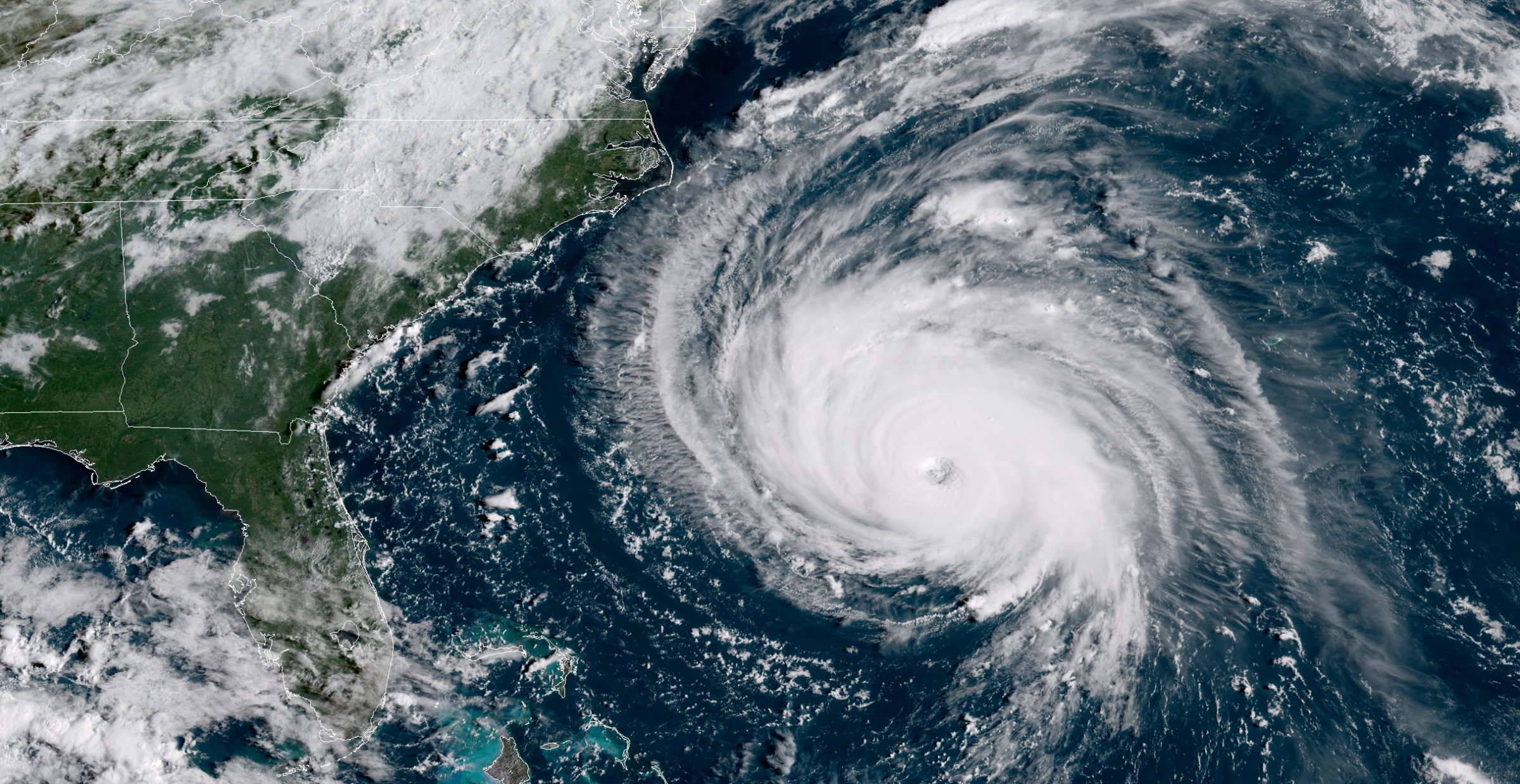 Hurricane Evacuations During a Pandemic? How on Earth do you safely evacuate tens or even hundreds of thousands of people inland, during the Age of Covid-19? Great question. We may soon find out. “Hanna” was a dry run in south Texas and “Douglas” narrowly missed Hawaii. Now there’s a new tropical system which may, in theory, impact Florida this weekend. Giving people more time to prepare, opening up hotels, in addition to schools, to evacuees, and encouraging people who’s homes are up to code to stay put may help, but during a chaotic rush inland, social distancing and mask hygiene may be tough to pull off. Hope for the best.

Searching for Best Practices: Hurricane Evacuations During a Pandemic. I wrote a post on the challenges involved for Medium; here’s an excerpt: “…Flynn is focused not only on fine-tuning evacuation orders, but rethinking sheltering options. Besides the use of facemasks and other protective measures, the actual spacing and capacity inside shelters will have to be recalculated with virus in mind, he explained. “I have heard of creative sheltering spaces besides the usual schools,” he said. “One example could be the use of approved and willing hotels, and perhaps other community buildings out of harm’s way.” Thinking outside the box, school or auditorium this hurricane season may be key to lowering risk from an inevitable parade of tropical systems, set against an anxious backdrop of virus concerns. Accurate hurricane predictions from NHC will be more mission-critical than ever...” 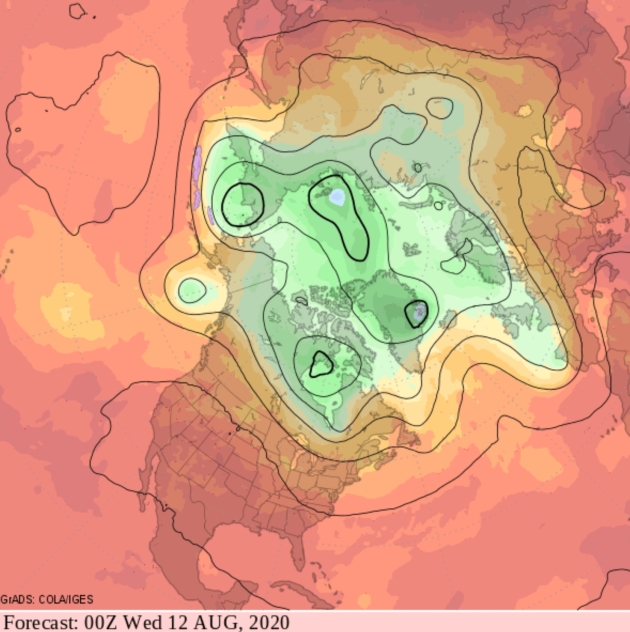 Seasonably Warm Mid-August. While most of America bakes, Minnesota and northern tier states will benefit from slightly emboldened puffs of cooler, drier Canadian air. The latest guidance doesn’t look as hot as it did for August just a few days ago. 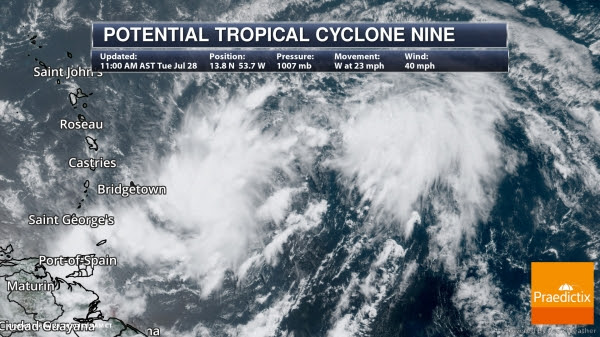 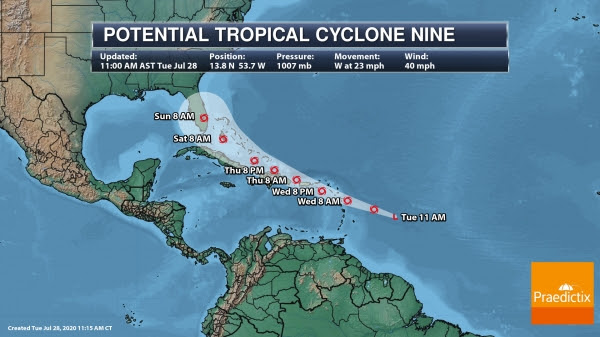 Expected Track. Potential Tropical Cyclone Nine is expected to become Tropical Storm Isaias either tonight or Wednesday as the system continues to move toward the west/west-northwest. This system will continue to move to the west to west-northwest over the next few days. On this track, this system will be near the Leeward Islands Wednesday, the Virgin Islands and Puerto Rico Wednesday Night, and Hispaniola Thursday. The current forecast has the system strengthening to a 60 mph tropical storm in about 48 hours, with little change in strength after that point due to land interactions and more hostile winds aloft. This system could then approach Florida heading into the weekend. It must be noted, however, that there are a lot of question marks as to the track and strength of this storm. First, a defined center of circulation must form vs. the broad area of low pressure that this system currently has. Where that defined center forms will help determine the track. Also, if this storm strengthens faster, a more northern track could be favored, with a weaker system tracking farther south. Either way, facilities from the Leeward Islands to the Southeast should have an eye on this system over the next several days. 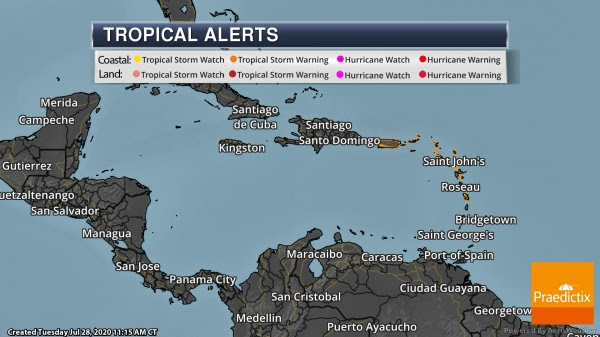 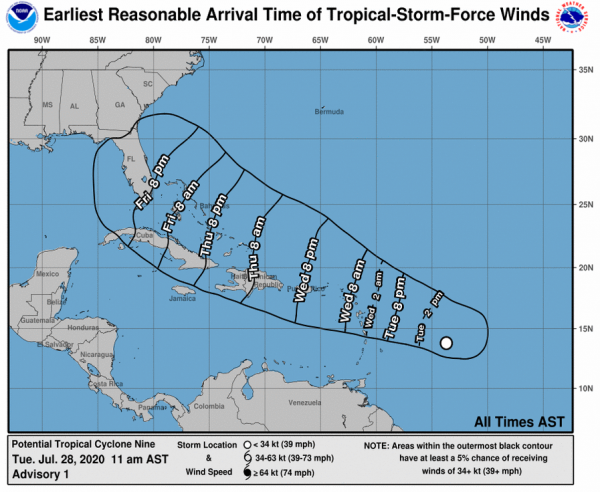 Earliest Arrival Of Tropical Storm Winds. As this system continues west to west-northwest, the earliest tropical storm winds could arrive in the Leeward Island is by early Wednesday morning, across the Virgin Islands and Puerto Rico Wednesday, across the Dominican Republic Wednesday Night into early Thursday, the Bahamas through Thursday Night and Friday, and portions of Florida into Friday Night. The arrival of tropical storm force winds could make any preparations ahead of the storm difficult to complete once they do arrive. Again, there is uncertainty in the forecast, but facilities should monitor this storm over the next few days. 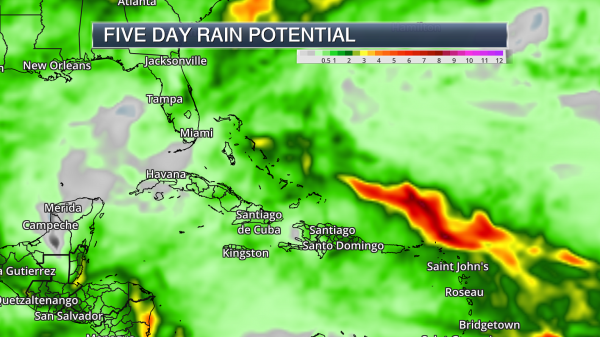 Heavy Rain Potential. What is certain is that this system will bring a heavy rain threat along with it. There is the potential that 3-6”, with isolated 10” amounts, could fall across portions of the Leeward Islands, British and U.S. Virgin Islands and Puerto Rico, with 2-4” for portions of the Windward Islands. This heavy rain could lead to life-threatening flash flooding and mudslides.