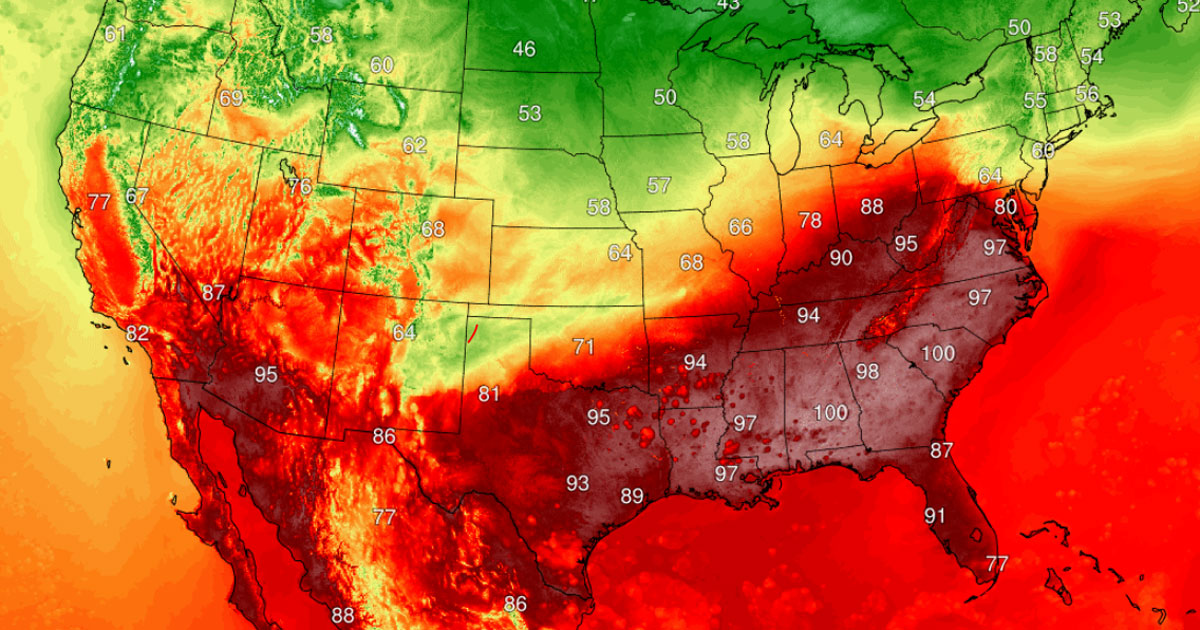 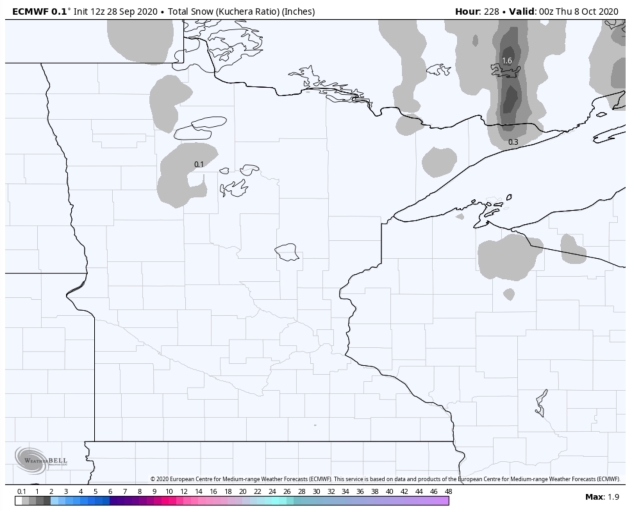 ECMWF total snowfall forecast (Kuchera Method) by next Wednesday courtesy of WeatherBell. A few wet snowflakes may mix in with the rain showers with Saturday’s clipper, but with relatively mild ground temperatures I doubt there will be any accumulation. 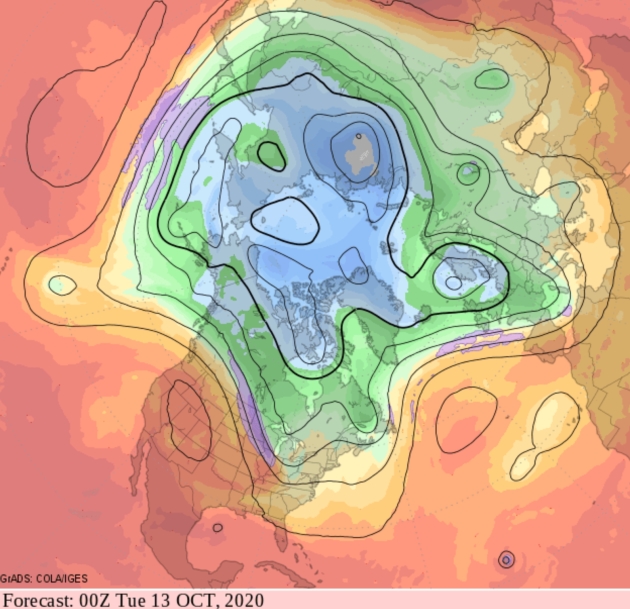 Cooling Off Again Third Week of October. After a milder than average second week of October GFS guidance above suggests a return to average or slightly cooler than average weather looking out about 2-3 weeks. We’ll see – my confidence level is pretty low things will work out exactly like this.

California Fires Tornadoes Had Winds Up to 125 MPH. Capital Weather Gang has the jaw-dropping specifics: “California’s Creek Fire, which has torched almost 300,000 acres and become California’s largest wildfire on record, was still only a third contained as of Wednesday. Like other blazes this year, it grew rapidly during periods of hot and dry weather with strong winds, burning tens of thousands of acres in a single night. Now we know that the fire featured a rare phenomenon that demonstrates just how extreme it was, with the National Weather Service’s announcement Wednesday afternoon that two fire tornadoes were associated with the blaze. The two vortices, one rated an EF2 while the other was an EF1, were produced by the fire, as the extreme heat from the blaze and towering smoke plume above it essentially created its own weather...” 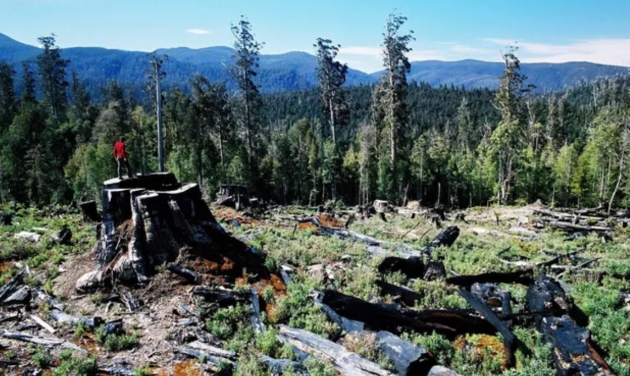 Shocking: Wilderness the Size of Mexico Lost Worldwide in Just 13 Years, Study Finds. Here’s the intro from The Guardian: “Wilderness across the planet is disappearing on a huge scale, according to a new study that found human activities had converted an area the size of Mexico from virtually intact natural landscapes to heavily modified ones in just 13 years. The loss of 1.9m square kilometres (735,000 sq miles) of intact ecosystems would have “profound implications” for the planet’s biodiversity, the study’s authors said. Using mostly satellite imagery, 17 scientists across six countries examined the human footprint across the globe and how it had changed between 2000 and 2013...”