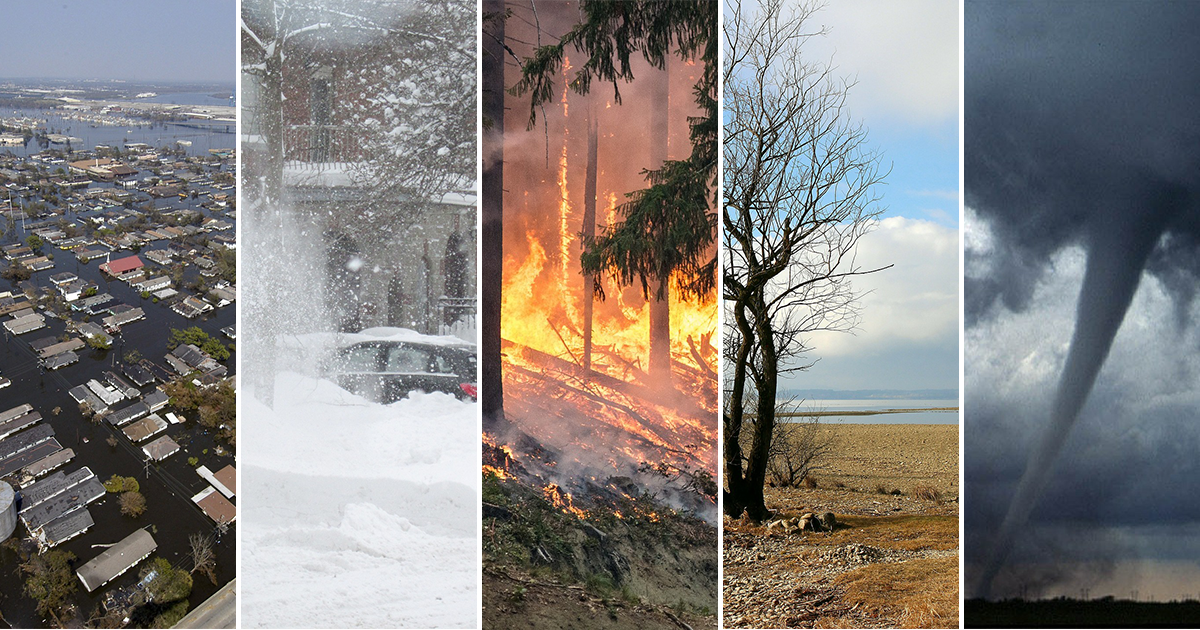 2020: Most Billion-Dollar Disasters on Record for USA – Quiet Election Day for Most of USA

Election Day Weather Preview. Most of the USA is forecast to have a quiet, relatively mild Tuesday. The only exceptions: rain for the Pacific Northwest and cold winds and snow showers and flurries across New England. 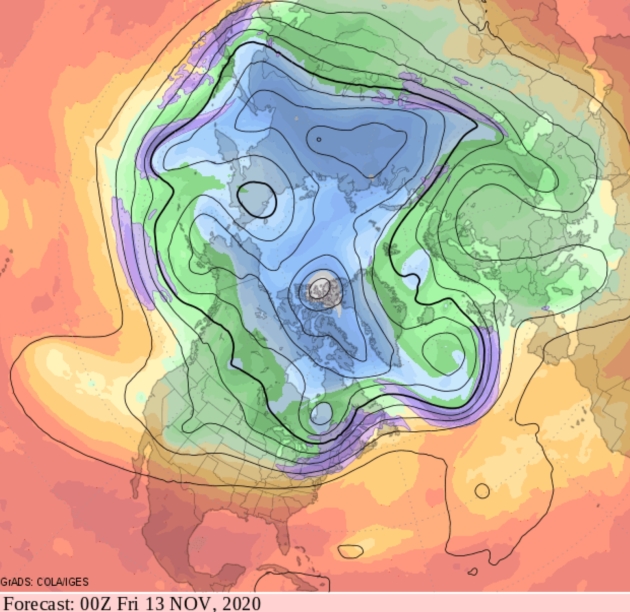 Zonal Flow Spills into Mid-November? GFS guidance is a bit contradictory. The forecast for 500mb winds roughly 2 weeks out shows more of a Pacific influence, keeping temperatures close to average across most of the USA, maybe a few degrees below average for Minnesota as we end out the second week of November.

Zeta Moving Across Western North Carolina. Zeta made landfall as a hurricane near Cocodrie, LA, around 4 PM last night. Since then this system has continued to quickly push inland, weakening as it does so. However, the system continues to produce heavy rain and damaging winds in the Southeast and Mid-Atlantic. As of 8 AM ET, the center of Zeta was located about 50 miles west of Asheville, NC, and moving northeast at 39 mph. Zeta had winds of 60 mph with tropical storm force winds extending 175 miles from the center of the storm.

Strong Winds This Morning. Strong winds have been impacting portions of the Southeast with Zeta this morning. Recently a sustained wind of 41 mph with gust to 82 mph was reported in Cashiers, NC. The Atlanta airport had a peak wind gust of 52 mph at 5:07 AM.

Zeta Track. Zeta will continue to quickly move across the Mid-Atlantic states today, emerging into the western Atlantic tonight and eventually absorbed by a frontal system Friday Night out in the Atlantic. This system will become a non-tropical gale-force low later today, still producing strong winds. 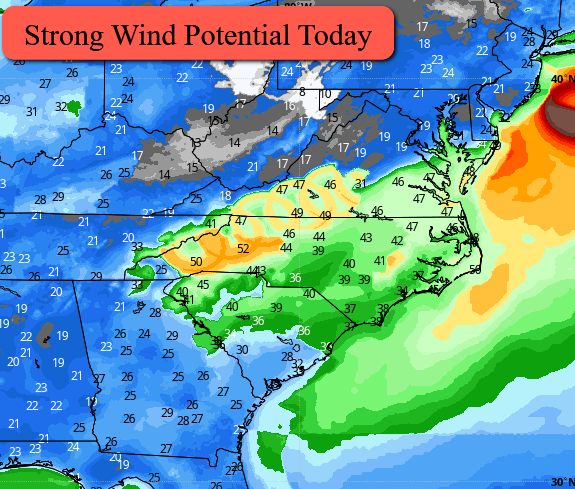 Forecast Winds. Strong winds will continue to be possible across the Mid-Atlantic and Southeast today as what is left of Zeta moves through the region. Wind gusts could top 50 mph in some locations. These winds could cause tree damage and power outages.

Heavy Rain Threat. Areas of heavy rain will continue to fall across portions of the Ohio Valley, Southeast, and Mid-Atlantic today with rainfall amounts of at least 1-3” expected. This could lead to flooding across the region, with numerous Flood Watches in place.

Tornado Threat. A few brief, weak tornadoes will be possible as Zeta moves across the Southeast today. A Marginal Risk of severe weather is in place.