What La Nina? ECMWF seasonal climate outlooks predict December through February mean temperatures 2-5F warmer than normal across most of the lower 48; only Alaska predicted to enjoy a colder than average winter. We’ll see. 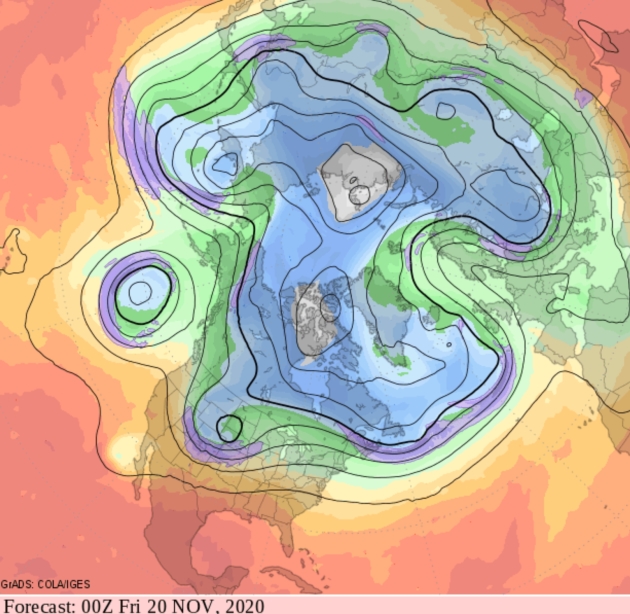 Stormier, Wetter Pattern Returns by mid-November. All signs point to an inevitable buckling of jet stream steering winds, with enough southern moisture and Canadian chill in place for possible rain-ice-snow events within 1-2 weeks. After this week we’re probably due for a rude reversal in our weather fortunes.

Eta Inland Over Central America. Eta has continued to weaken and become disorganized across Central America, and there’s the potential that there may no longer be a surface circulation. As of 3 AM CT, the National Hurricane Center said that center of circulation was located about 90 miles south of La Ceiba, Honduras, with sustained winds of 30 mph. 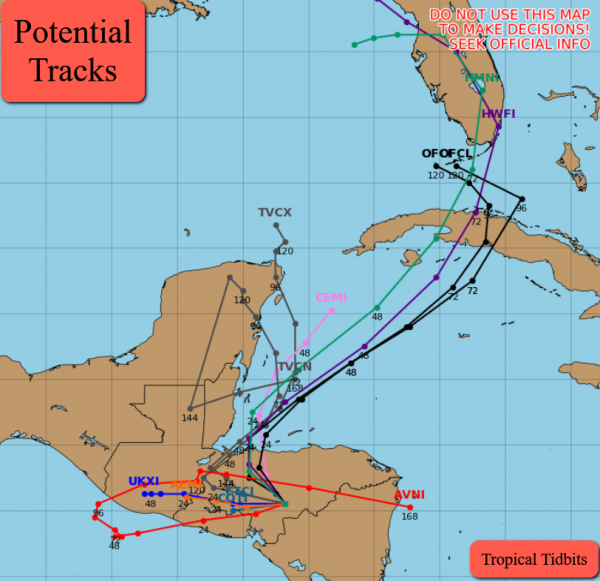 Tracking The Future Of Eta. Eta is expected to become a post-tropical low later today (if it hasn’t already happened). We should see whatever is left of the system move into the Gulf of Honduras and the northwestern Caribbean Sea as we head into Friday and move northeast over the next 2-4 days before eventually turning west or northwest. This track would bring Eta near or over portions of the Cayman Islands and western/central Cuba into the weekend. Only slow strengthening is expected to occur once it moves back over the northwestern Caribbean due to strong upper level winds and the broad nature of the system. As we head into early next week, the track could bring the system near or over portions of southern Florida and the Keys, but there is uncertainty as to what exactly will happen. However, facilities in the area should continue to watch this storm over the next several days. 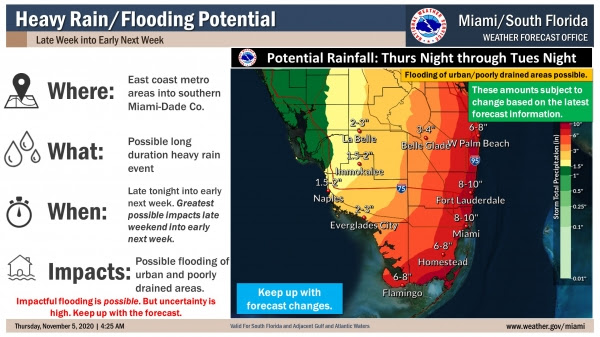 Southern Florida Heavy Rain. What does appear to be likely is the potential of heavy rain through early next week across southern Florida, particularly across areas of coastal southeastern Florida. Through next Tuesday, areas like Miami and Fort Lauderdale could see at least 8-10” of rain, which could lead to flash flooding.

What is a “Super-Typhoon” and Why Are They So Dangerous? WIRED.com (paywall) has a good explainer; here’s an excerpt: “…Meteorologically, typhoons and hurricanes are the same phenomenon; it’s just traditional to call them typhoons in the western Pacific or hurricanes in the eastern Pacific or Atlantic. They start as storms that pass over hot surface water, at least 80 degrees Fahrenheit, down to 150 feet deep. These storms suck up water from the ocean’s surface, which evaporates into the air. As they rise, the water vapor condenses to form droplets, releasing more energy, while low pressure beneath the rising air masses brings in a rush of more air. A tropical storm officially turns into a hurricane when these counter­clockwise winds reach 74 miles per hour. Meteorologists applied the “super” designation to Typhoon Goni after it reached wind speeds of 150 miles per hour...” 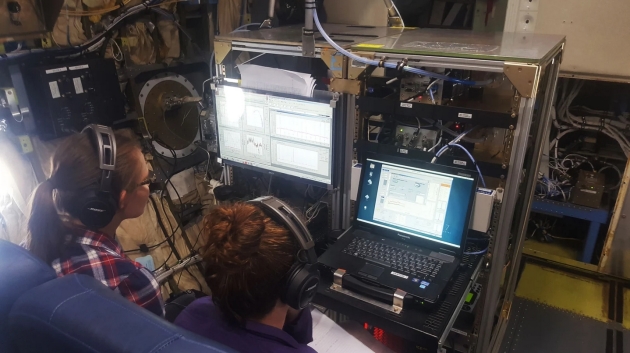 What Happens When You Fly a Science Plane Through Wildfire Smoke. WIRED.com (paywall) has details: “…Wildfire smoke is made up of two components: gases and particulates. The gases include carbon monoxide and dioxide, while particulates are tiny bits of charred vegetation. When a wildfire burns intensely, its heat drives air upward, carrying all this muck high into the atmosphere, where winds sometimes blow the smoke thousands of miles. Among fire researchers, smoke at the source is known as “fresh,” but after a few hours, it’s known as “stale.” It can be up in the atmosphere for days, getting really stale, during which time the gases and particulates are reacting not only with each other, but also with sunlight and gases already present in the atmosphere. By the time the smoke from West Coast wildfires reaches the East Coast, it’s fundamentally transformed...”

Photo credit: “A bevy of instruments collected mountains of data about the smoke.” Photograph: Hannah Hickey/University of Washington.

There May be 300 Million Habitable Planets in our Galaxy. Somedays I wonder why intelligent lifeforms aren’t reaching out. Oh wait. Never mind. Here’s a clip from Mental Floss: “Throughout its nine-year tour of duty that concluded in 2018, NASA’s Kepler Space Telescope produced a massive amount of observational data. Scientists are still going through it all. Among its revelations were now-confirmed 2,800 exoplanets, with thousands more still being analyzed. A new study of its data suggests that there may be as many as 300 million inhabitable planets in our galaxy. It finds that several of these could be relatively close by, within 30 light years from here...”