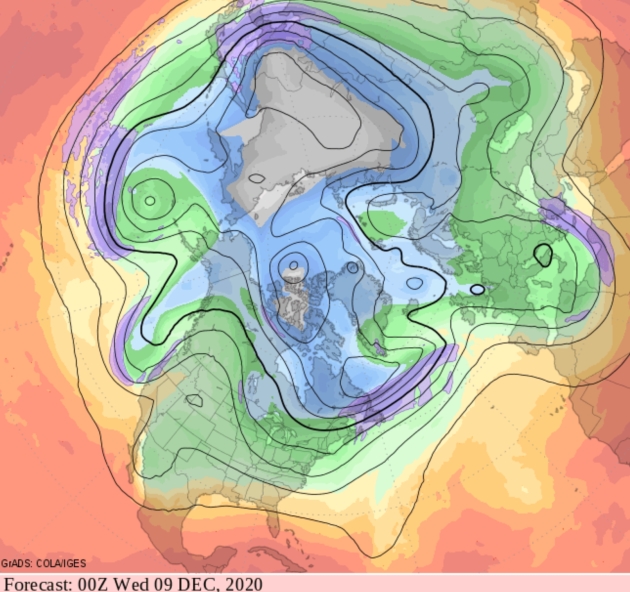 Cooler, But Pacific Influence Lingers Into Mid-December. We’ll see a few cold shots in the weeks to come (not surprising considering the Winter Solstice is less than a month away) but I see no sign of prolonged, polar air capable of considerable discomfort.

2020 Joins List of 10 Most Extreme Atlantic Hurricane Seasons in Satellite Era. The Weather Channel has context: “The 2020 Atlantic hurricane season is now among the 10 most active seasons in more than five decades following Hurricane Iota’s intensification into a Category 5 earlier this week. Since satellite detection began in the mid-1960s, Atlantic hurricane seasons have had as many as 30 named storms (2020) and as few as four (1983). Various factors in the atmosphere and ocean typically drive whether a given hurricane season is busy or relatively tame. But ranking the most extreme hurricane seasons isn’t as simple as examining the number of tropical storms and hurricanes that occurred in a given year. We need to dig a little deeper to capture the full picture...”

Graphic credit: “The ACE (Accumulated Cyclone Energy) index takes into account not just the number, but also the intensity and longevity of storms and hurricanes.”

Word Choice Matters in Weather Communications. It turns out getting the forecast right is only half the battle. Here’s an excerpt of a press release from The University of Georgia: “…When a storm like Hurricane Zeta is heading for vulnerable shorelines, meteorologists and local officials need people to act fast. And the words they use when addressing the public can mean the difference between people getting to safety or trying to stick it out until it’s too late. Words like “violent,” “harsh,” “wild” and “unpredictable” are more likely to make people feel helpless and out of control when faced with extreme weather, according to new research from the University of Georgia. And that might put them off from making rational safety precautions. “Certain words just pack emotional associations,” said Alan Stewart, a professor in UGA’s Department of Counseling and Human Development Services based in the Mary Frances Early College of Education. “It’s important to find that middle ground where you alert the public and you empower them, but you don’t overwhelm them...”

Graphic credit: “New research from UGA suggests that some words used to motivate people to action in the face of bad weather may backfire.” (Graphic by Lisa Robbins/UGA) 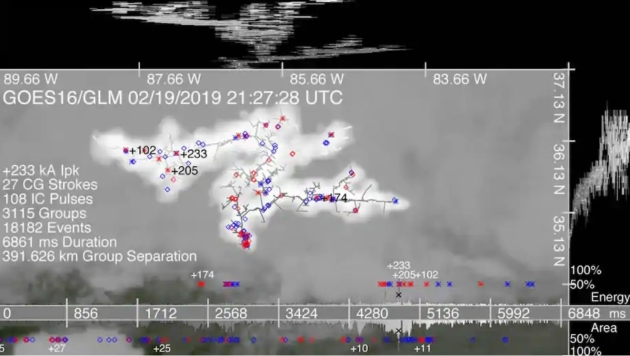 Lightning “Superbolts” Can Be 1,000 Times Brighter Than Ordinary Flashes. Some breaking news, courtesy of Capital Weather Gang: “…Earlier this year, researchers confirmed a pair of ultra-long-distance lightning strikes in South America that spanned up to 442 miles and lasted for nearly 17 seconds. Ongoing research has turned to how much power these fierce discharges contain, as well as their relative rarity. A new paper published in the American Geophysical Union’s Journal of Geophysical Research: Atmospheres found that roughly one third of 1 percent, or 1 in every 300 lightning strikes, could be classified as a superbolt…”

Image credit: “A mapped superbolt from February of 2019.” (NOAA/GOES/Michael Peterson).

Weather Service Tells Congress Radar Gaps Don’t Hurt Warning Accuracy, But Outside Scientists Disagree. Doppler works best within 75 miles of the radar site, beyond that the curvature of the Earth makes it impossible for the radar beam to see what’s really happening close to the surface. Here’s an excerpt of a story at Capital Weather Gang: “…Now, an overdue report to Congress from the National Oceanic and Atmospheric Administration (NOAA), which operates the National Weather Service, attempts to quantify the impacts of such gaps on warning performance. The results downplay the significance of the gaps, counter to the experience of some public- and private-sector meteorologists. Several meteorologists said the congressionally mandated report inadequately addresses the true impacts of these gaps, describing its methodology as inadequate and incomplete and its conclusions as “disappointing” and even “offensive.” The gaps, which the report identifies in some detail, occur in locations so far removed from radar sites that the beams emitted by the radar overshoot the weather they are intended to detect. The greater distance a location is from a radar site, the higher in the sky the radar scans for trouble...”