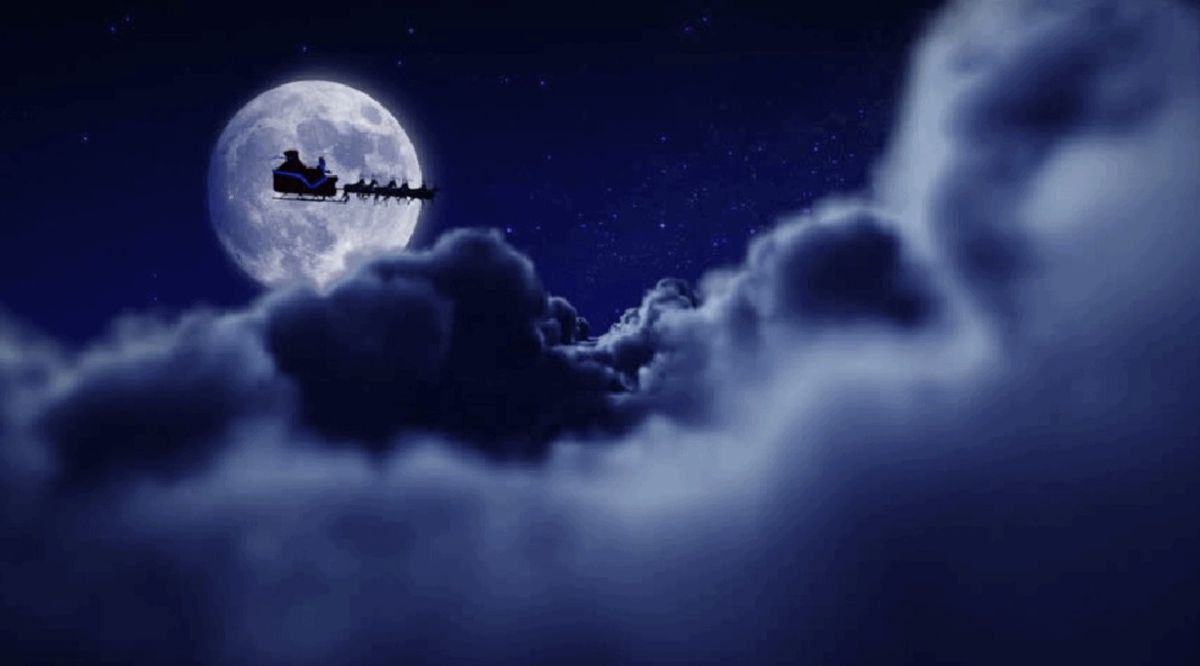 Santa Not Intimidated By A Mild December

”I will honor Christmas in my heart, and try to keep it all the year” wrote Charles Dickens in “A Christmas Carol”. Neither Hanukah nor Christmas has been cancelled, but a blizzard of infection will make this a holiday season unlike anything we’ve ever seen.<p>A friend had a good point. “If there was a blizzard on Christmas Eve most of us would stay home, not push our luck. We’d still celebrate Christmas, while keeping our loved ones safe” he wrote. Yes.

Who would have predicted this back in October? The weather is locked in a remarkably persistent pattern, one that favors a fire hose of Pacific warmth, with precious little moisture east of the Rockies. With a few exceptions next week, almost every day from now through Christmas will be milder than average. Temperatures aloft will be cold enough for snow but moisture is lacking. NOAA’s GFS hints at possible slush Christmas Eve, but I’m not getting my hopes up.

Either way winter may seem shorter. And Santa is still coming, regardless of skimpy snow cover.

So You’re Telling Me There’s a Chance? No. Not really. But we can pretend. GFS is hinting at an inch or two for parts of Minnesota, but with daytime highs rising above 32F before Christmas it may be hard keeping what little snow we do get on the ground. Not giving up yet, but it looks more beige-green than white this year.

Dreaming of a White Christmas? Dream On. The odds this year are considerably less than 50/50, but not zero, not yet. Here’s a look back at previous Christmas Days and the statistical odds of at least an inch of snow on the ground December 25, courtesy of NOAA’s Climate.gov: “Minnesota. Maine. Upstate New York. The Allegheny Mountains of Pennsylvania and West Virginia. Practically anywhere in Idaho. And of course, the Rockies or the Sierra Nevada Mountains. These are the parts of the Lower 48* where weather history suggests you want to be if you’re looking for the best chance of a white Christmas. The map (above) shows the historic probability of there being at least 1 inch of snow on the ground in the Lower 48 states on December 25 based on the latest (1981-2010) U.S. Climate Normals from NOAA’s National Centers for Environmental Information (NCEI). The background map shows interpolated values for all locations. (Interpolating means estimating unknown values using known values and physical relationships, such as the way temperature is known to change with altitude.) You can also click and zoom in to specific stations used for the interpolation...”

Christmas Cut-Off Low? I’m skeptical, but if this solution verifies a surge of wet, sloppy snow could – in theory – surge into parts of Minnesota by Christmas. A low-probability event, but not out of the question. By the way, this still looks abnormally mild for most of the USA into late December.

New Index Shows Riskiest Places for Minnesota’s Natural Hazards. There were some stats in this Star Tribune post that I had not seen before; here’s an excerpt: “…Windstorms are the number one source of power outages in Minnesota, he said. There’s no evidence that climate change is amplifying the winds, he said. Warmer winters and heavier and more frequent precipitation remain the state’s biggest climate change signals. But wetter soil means trees are more vulnerable to toppling, he said. Waage noted that the FEMA index doesn’t address all the types of flooding affecting Minnesota. It covers coastal and river flooding, but not flooding on regular ground caused by heavy rains and rising water tables. “What we’re finding is that nationally, about a quarter of flood damages are outside of flood plains now,” Waage said…”

Hurricane Laura makes landfall in Cameron, Louisiana, in the early hours of August 27, 2020

2020 Was a Record Year for Hurricanes. Sierra Club has a good overview and a look at trends fueled by increasing warming: “…While ocean winds often have something called vertical wind shear, which can essentially cut down a developing hurricane into smaller pieces before it can build into something dangerous, NOAA data shows that since the 1980s, vertical wind shear has become increasingly weaker in areas that are farther away from the equator, setting them up for stronger hurricanes. Still, says Gabriel Vecchi, professor in High Meadows Environmental Institute at Princeton University, the most remarkable part of 2020 is how rapidly storms have progressed from mild to dangerous. “Over the past few decades, since the 1980s, in the Atlantic and around the globe, the percentage of rapid intensifications has increased,” Vecchi said. Storms were able to become dangerous so quickly this year because of how warm the ocean was in many regions of the Atlantic and Caribbean…”

2020 Billion Dollar Disasters. The extremes are becoming more extreme over time, according to a good summary at Climate Central: “According to NOAA NCEI, 2020 is the sixth consecutive year in which the U.S. has experienced 10 or more billion-dollar weather- and climate-related disasters, compared to the 1980-2019 average of 6.6 events per year. It may take some time to assess the full impact of the 2020 disasters; so far the toll is 188 lives lost and $46.6 billion dollars and counting. In the midst of the pandemic, tens of thousands of Americans were forced to flee their homes. The American Red Cross reported that it provided over 1.2 million overnight stays to evacuees (quadruple the number provided in an average year) and emergency financial assistance to 11,800 households, primarily in response to wildfires and hurricanes…”