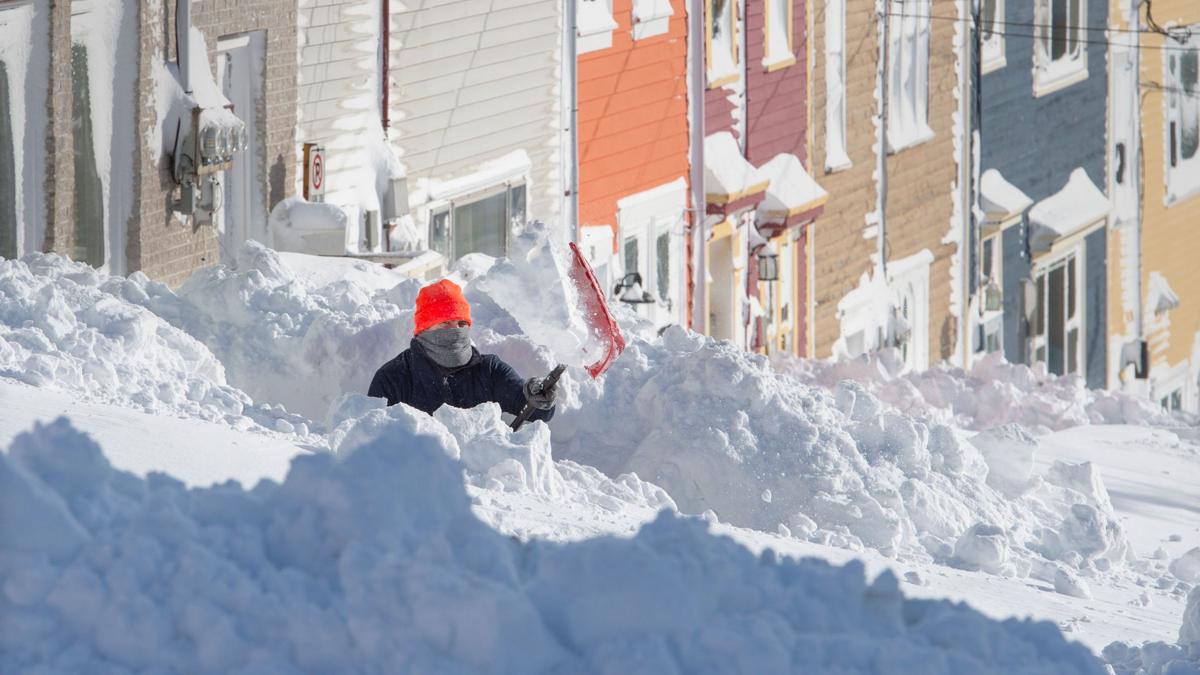 Much of Northeast: More Snow Yesterday Than All of Last Winter

The Edge of Numb. Moderately cold air lurks just to our north by the end of December, each inevitable Alberta Clipper bringing chunks of that chilly air south of the border. Will a mild, Pacific signal spill into January or are our relatively mild days numbered with a swing to much colder weather as we enter 2021. I suspect January will live up to its reputation.

Snow And Ice Already Starting In The Eastern US. This morning we are tracking an area of low pressure in the eastern United States that is already bringing snow and ice from the Ohio River Valley to the Mid-Atlantic this morning. Up to a tenth of an inch of ice has been reports in portions of western North Carolina, including Jonas Ridge and near Hickory. Meanwhile, 3.5” of snow has been reported in Tipton, IN.

Timing Precipitation. As the area of low pressure responsible for the snow and ice eventually moves off the Mid-Atlantic coast and south of Long Island, snow (and, in some areas, ice) will move northward today into tonight into the Northeast. Some of this snow, particularly tonight, will be heavy at times, with snowfall rates of at least 1-2” per hour.

Winter Storm Alerts. Due to the snow and, in some cases, ice expected with this nor’easter, numerous Winter Storm Warnings and Winter Weather Advisories stretch from northern Georgia and the Ohio River Valley into New England. Here are just some of the locations under winter weather alerts this morning:

Winter Storm Severity Index. The Winter Storm Severity Index, a product from the Weather Prediction Center, attempts to project what types of impacts this system could have across portions of the Mid-Atlantic and Northeast. We can see a wide area of major to extreme impacts across the region, with could cause property damage, including tree limbs falling. This also includes disruptions to daily life, including power outages which could impact properties or employees working from home, and difficult/impossible travel conditions.

Snowfall Amounts. As the precipitation lifts northward with the area of low pressure today into tonight, heavy snow is expected to expand across portions of the Mid-Atlantic into the Northeast. The heaviest snowfall amounts are expected across central Pennsylvania, where up to two feet of snow could fall through Thursday. This will lead to major (potentially impossible) travel conditions across the region as well as some power outages. Heavy snow is also expected in New York City and Boston, with totals of at least 9” expected. Areas like Philadelphia, Baltimore, and D.C. along I-95 are likely to see a wintry mix at times throughout the storm, cutting down on the snow totals.

Washington D.C. Area Breakdown. In Washington D.C., snow is possible this morning before changing over to a mix or all rain this afternoon. That’ll last through the evening hours before changing back over to snow overnight, ending early Thursday morning. This will lead to decreased snow totals in Washington D.C. and Baltimore, with only an inch or two of snow accumulation possible. Farther to the northwest, we’ll see all snow fall, with the potential of at least a foot of snow for areas like Winchester, Hagerstown, and Cumberland.

Philadelphia Breakdown. Philadelphia is also expected to ride that wintry mix line during the storm, with a sharp snow/sleet accumulation gradient expected to set up near the city. In Philadelphia, expect a mix of snow, sleet, and rain at times from late today through early Thursday morning, with most of the snow and sleet accumulation expected to occur tonight. As with the Washington D.C. area, heavy snow amounts are expected to the northwest of that wintry mix line, with the potential of a foot and a half of snow from south-central Pennsylvania up through areas like Harrisburg, Williamsport, Mount Pocono, and Scranton.

New York City Breakdown. Much of the New York City region will see between 8-18” of snow. Snow is expected to start in New York City during the second half of the afternoon today, lasting into the morning hours Thursday. The heaviest snow is expected to fall tonight, with 1-2” per hour possible. Farther out on Long Island, a wintry mix could occur at times, helping to reduce snow totals a touch. Blizzard-like conditions are also expected, with wind gusts up to 50 mph in some areas.

Boston Breakdown. Heavy snow is expected to start this evening in Boston, lasting into the afternoon hours Thursday. The heaviest is expected to fall tonight into early Thursday morning, with 1-2” per hour rates possible. Strong winds are also expected, especially in Cape Cod where winds could gust up to 60 mph.

Strong Winds. This system will also produce strong winds, especially near and along the coast, today into Thursday. In some coastal areas, wind gusts up to 60 mph will be possible. This will likely lead to power outages across the region.

Flooding Concerns. We are also watching flooding concerns with this strong nor’easter. We could see moderate coastal flooding in some locations, particularly at high tide this evening and Thursday morning. This would case roadway and low-lying properties to flood. Flood Watches are also in place around D.C. as rainfall amounts of 1-2” are possible which, in combination with already saturated conditions across the region, could lead to at least isolated flooding.

Winter Storm Hunters: How Hurricane Hunters Help During the Off Season. Spectrum News 1 has a timely story about the Hurricane Hunter aircraft and how they are deployed for major winter storms as well: “…Hurricane Hunters are aircraft that fly into storms and take measurements like wind speed and atmospheric pressure. This data is inputed into weather models and helps to make forecasts for hurricanes and other storms more accurate. Some of the aircraft only record weather information from sensors on board the plane, while other release dropwindsondes. Dropwindsondes are small packages that have weather sensors on board. They report atmospheric conditions as they fall to earth. They are used mainly in sparsely populated areas. like the ocean. This information can play a big role in helping forecasters figure where a storm will go or how strong it could become…”