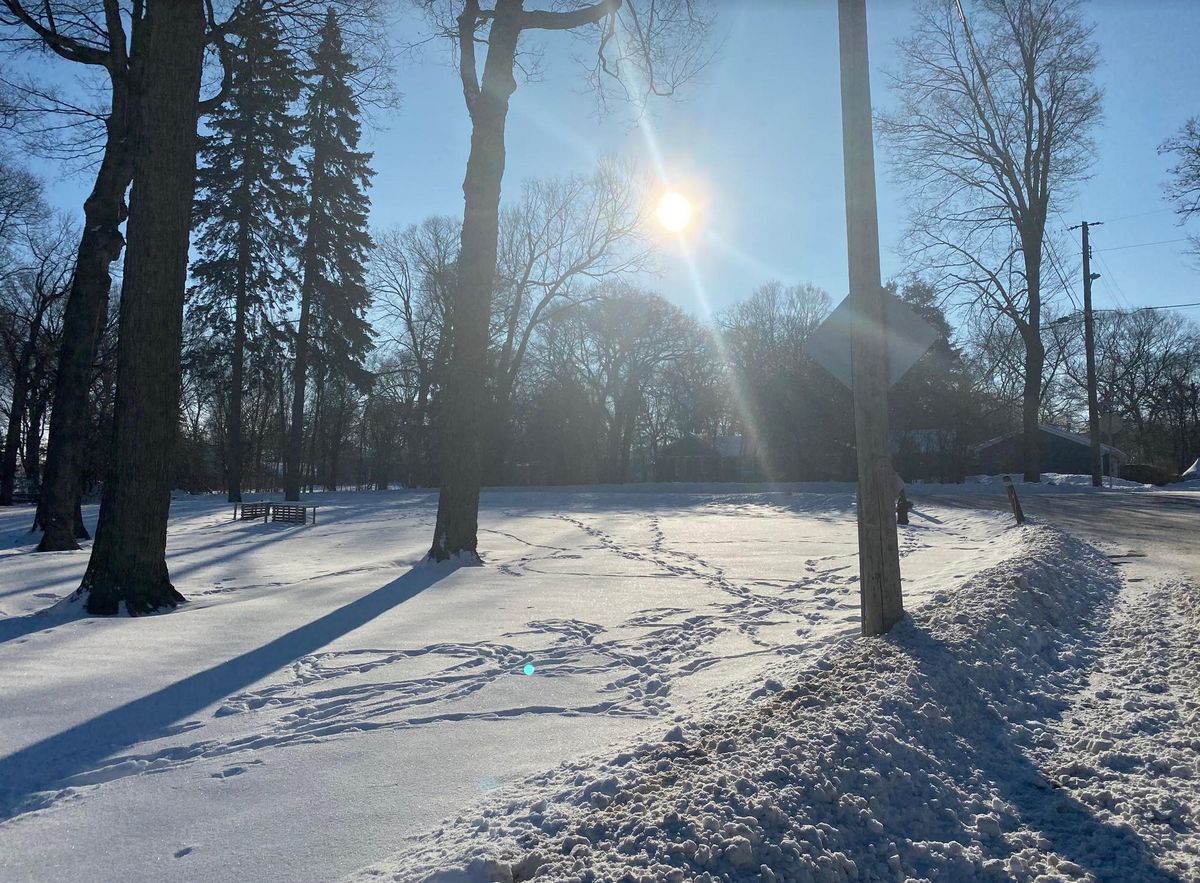 Fog, A Thaw – Then Flirting With Zero

”Paul, why does the weather forecast keep changing?” The right question to be asking. Meteorologists refine forecasts over time, reacting to new data and the latest weather models. The closer you get to a weather event the more accurate the forecast should be. At least in theory.

Weather is a metaphor for science: peeling away at an infinite onion. We zig and zag toward relative truth. The process is self-correcting and never perfect. But forecasts are far more reliable than they were even a generation ago.

Case in point: the late January cold wave we’ve been talking about since last week. Latest models aren’t as bitter after January 16, with highs in single digits and teens, a few subzero nights. Let’s see if it’s a fluke or a trend, but there is now little doubt a reality check is looming.

Coldest Air of Winter? Temperatures usually bottom out by the third or fourth week of January, so I wouldn’t be surprised to see some of the coldest temperatures of a winter that will still (probably) wind up milder than average – impact much of the USA east of the Rockies by late January.

What On Earth. Rebecca Otto forwarded me a few photos that had me scratching my head. No, this wasn’t aliens – but corn stalks being whipped around by winds blowing from all directions. Quiet a sight!

Take it easy out there

NOAA Researchers Working on Making Winter Travel Safer. A post at NOAA focuses on fine-tuning winter predictions with safety top of mind: “…The researchers are also focusing their efforts on airplane travel. The FAA is currently implementing new laws that limit airline activities during freezing drizzle, a lighter freezing rain that can cause black ice on roads and runways. Right now, NWS doesn’t differentiate between freezing rain and freezing drizzle, so these new laws will require a more careful look at this weather pattern. CIMMS researcher Andrew Rosenow is working with a team to develop a new algorithm that will be able to better distinguish the lighter freezing drizzle from heavier freezing rain. “The FAA’s goal is to improve safety and efficiency of flight by keeping national airspace running with minimal delays due to weather,” Reeves said. “That’s our goal as well — we always have an eye towards improving safety and efficiency…”

The Florida National Guard used high-water trucks and other rescue equipment to assist residents of Escambia and Okaloosa counties in the aftermath of Hurricane Sally on Sept. 18, 2020.

New in 2021: Atlantic Hurricane Outlook and Potential Impact. Military Times has a post with an interesting analysis: “…Klotzbach’s team will release a more detailed forecast in April that includes a projected number of storms, but their initial look says the Guard may stay busy in 2021. “One of the big reasons why we think the odds favor an above average season at this point is that we currently have a moderate La Niña event [in the eastern Pacific],” explained Klotzbach in a phone interview. La Niña means cooler Pacific water temperatures, which in turn reduces upper-level winds that “basically tear apart” Atlantic storms. But even if a season has more storms and stronger storms, he said, “We can’t say where the storms are going to go…it’s all about location, location, location…”

Electric Cars Hit Record 54% of Sales in Norway as VW Overtakes Tesla. CNN.com has the story: “Battery electric vehicles accounted for more than half of all cars sold in Norway last year, putting the country way out in front in efforts to kill off the internal combustion engine. And Tesla (TSLA) lost its sales crown to the Volkswagen Group. Norway is using huge tax incentives to help ensure that every new passenger car and van sold in the country by the end of 2025 is a zero-emission vehicle. Record electric vehicle sales in 2020 means the country is now ahead of schedule, according to Oyvind Solberg Thorsen, CEO of the Norwegian Road Federation (OFV)…”

How Joe Biden May Use Executive Powers to Fight Climate Change. Vox takes a look at what may happen in the months and years ahead; here’s an excerpt: “….Biden is also likely to undo most, if not all, of Trump’s environmental rollbacks with his executive powers. Trump has repealed or weakened 125 environmental regulations, like protections for endangered species and environmental risk assessments for infrastructure. Trump has also opened protected wilderness for fossil fuel development and logging. Some of the most notable rollbacks are of rules seeking to cut greenhouse gases, like the Clean Power Plan, energy efficiency standards, and fuel economy regulations for cars and trucks. Many of these rollbacks are also tied down in ongoing lawsuits across state and federal courts that may take months to resolve…”

Control of Senate Allows Democrats to Act on Biden’s Climate Change Agenda. Here’s a clip from CNBC.com: “…Without a GOP-controlled Senate, Biden has greater leeway to pass climate change legislation. The former vice president’s climate action pledge includes an ambitious $2 trillion economic plan that would accelerate a clean-energy transition, cut carbon emissions from the electricity sector by 2035 and achieve net-zero emissions by 2050. The goals of Biden’s climate plan are in line with targets set by other major economies including China and the European Union. However, many of the policies would have been blocked by a Republican-controlled Senate...”

Which Urban Areas Will Experience the Most Urban Warming? Quartz examines new research findings: “Scientists have long known that cities tend to be warmer than their surroundings—by 10° Fahrenheit (5.5° Celsius) on average in the US. The urban heat island effect, as it’s known, is produced by the abundance of heat-trapping asphalt and concrete, smog, and heat coming off buildings and vehicles. Those urban areas are home to more than half the global population and counting—which means their high temperatures have an outsized impact on everything from heat-related illness to greenhouse gas emissions. “There’s a disproportionate relationship between the size of urban area and its impact on the human experience of climate change,” says Lei Zhao, a professor of civil and environmental engineering at the University of Illinois-Urbana Champagne...”

This year has seen large-scale wildfires in the US, Australia and Russia

WMO: Siberian Heatwave Put 2020 Among Three Hottest Years on Record. Based on what I’m seeing and hearing I suspect 2020 was, in fact, the warmest year on record. Here’s an excerpt from climatechangenews.com: “A report by the United Nation’s weather agency has revealed how fast the world is heating up, leading ice sheets to melt, fish to die through ocean acidification and floods, storms and wildfires to worsen. The World Meteorological Organisation’s (WMO) ‘state of the global climate’ report notes that levels of greenhouse gases in the air continued to grow despite the economic slowdown brought by the coronavirus pandemic. Growth slowed but only slightly and temporarily and this slowing “will be practically indistinguishable” from normal year-to-year fluctuations, the report said, driving the “relentless march” of climate change…”

Researchers Say Food Prices Don’t Reflect Environmental Costs. Big Think has the story; here’s an excerpt: “Using life-cycle assessment (LCA) tools, the researchers determined when emissions of carbon dioxide, nitrous oxide, and methane occurred in the food production process. The effects of land use, including deforestation, related to food production were also incorporated. The results were striking. Meat and dairy products are incredibly undervalued according to this measure. Pricing in the climate damage caused by their production would raise their prices by 146 percent and 91 percent, respectively. The prices of organic plant products would also rise, but by a mere 6 percent. Organic foods, in general, saw lower price increases than conventionally produced food products…”

Venus Was Once More Earth-like, but Climate Change Made it Uninhabitable. A post at astronomy.com explains: “Venus is a very strange place, totally uninhabitable, except perhaps in the clouds some 60 kilometres up where the recent discovery of phosphine may suggest floating microbial life. But the surface is totally inhospitable. However, Venus once likely had an Earth-like climate. According to recent climate modelling, for much of its history Venus had surface temperatures similar to present day Earth. It likely also had oceans, rain, perhaps snow, maybe continents and plate tectonics, and even more speculatively, perhaps even surface life. Less than one billion years ago, the climate dramatically changed due to a runaway greenhouse effect. It can be speculated that an intensive period of volcanism pumped enough carbon dioxide into the atmosphere to cause this great climate change event that evaporated the oceans and caused the end of the water cycle...”