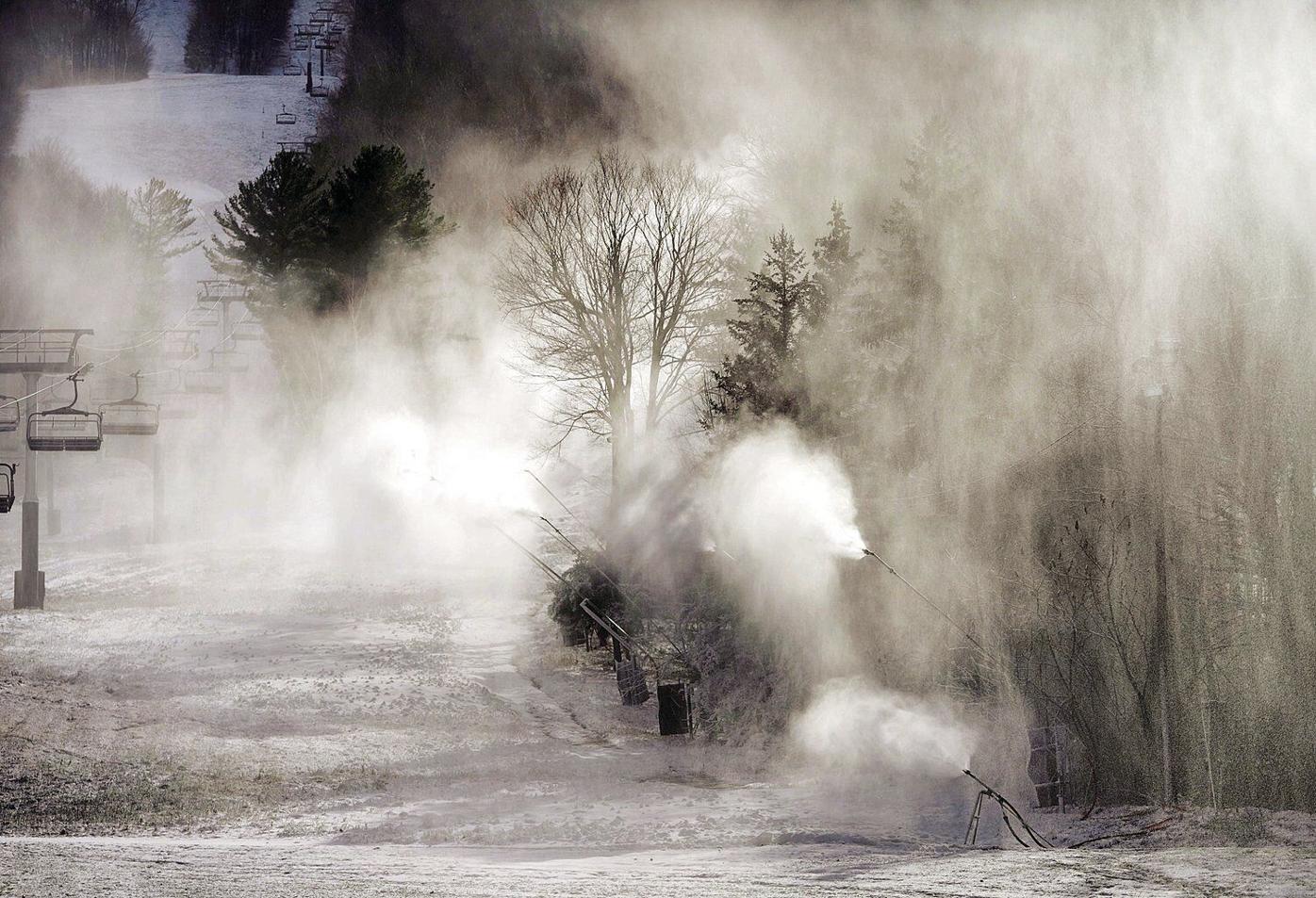 The Forecast Calls For Uncertainty

”Being at ease with not knowing is crucial for answers to come to you wrote Eckhart Tolle. We have all been living with uncertainty for nearly a year now, waiting for vaccines and our better angels to return.

Predicting weather is the rough equivalent of peeling an infinite onion of uncertainty. We can track what’s happening (now) and weather models, rough approximations of how the atmosphere should behave, are good and getting better. But every storm is different, every wet swirl a unique puzzle to be deciphered.

Not Quite as Plowable. Models have been showing a southward shift in heaviest snow bands and less snow overall. Still plowable, but I think the snowfall totals may be closer to 3-5” by Friday night with a few 6”+ amounts over far southern Minnesota.

Upper Midwest Snow To End The Week. As a very slow-moving area of low pressure develops across the upper Midwest today into Friday, snow and strong winds will impact portions of the region through the end of the week. At most times, this will bring light and moderate snow to the region, with heavier amounts possible as we head through tonight into Friday morning.

Blizzard Warnings. Due to the expected strong winds and snow, Blizzard Warnings have been issued from South Dakota and Minnesota south through northern Missouri, surrounded by Winter Storm Warnings and Winter Weather Advisories. These include the following locations:

Expected Snow. The heaviest snow amounts are expected across portions of southern/eastern Minnesota, western Wisconsin, and northern/central Iowa, where snowfall tallies of 6-10” are expected. Depending on where a heavier band of snow could set up Thursday Night into Friday, some areas of southern Minnesota could see over 10” of snow fall. This snow across the region will make travel difficult, potentially impacting the evening commute today and both the morning and evening commutes Friday. With strong winds expected as well, we will see blowing and drifting snow and – in some areas – blizzard conditions.

Strong Winds Also Expected. Accompanying this storm will be strong winds which could cause blizzard conditions across portions of the upper Midwest. Blizzard conditions are a combination of 35+ mph wind gusts with visibility reduced to a less than a quarter mile due to falling or blowing snow, with both those criteria occurring over at least a consecutive three-hour period. This system will bring the potential of up to 70 mph winds across the Northern Plains over the next couple of days, causing travel issues and potential power issues whether or not snow falls in your area.

High Winds Stretch Into The Southern U.S. This system will have the potential to produce strong winds all the way into Texas over the next couple of days, with High Wind Warnings stretching from the Canadian border to Colorado and Kansas. Wind gusts of up to 60 or 70 mph will be possible in areas under High Wind Warnings.

Numby-Numby. Single digit highs, lows below zero? That scenario looks increasingly likely for roughly the last week of January. With colder air in place the pattern may become more favorable for more significant snowfalls with the storm track just south/east of Minnesota. Then again, I may just be delusional.

2020: Second Warmest Observed Year on Record. Berkeley Earth has details: “Berkeley Earth, a California-based non-profit research organization, has been preparing independent analyses of global mean temperature changes since 2013. The following is our report on global mean temperature during 2020. We conclude that 2020 was nominally the second warmest year on Earth since 1850. Our estimate of the global mean temperature in 2020 was slightly colder than 2016, but warmer than every other year that has been directly measured. However, the difference between 2020 and 2016 was only 0.022 °C. This is smaller than the 0.045 °C uncertainty on our ability to measure the global average temperature in 2020. This means that 2020 and 2016 could also be regarded as effectively tied. Year-to-year rankings are likely to reflect short-term natural variability, but the overall pattern remains consistent with a long-term trend towards global warming...”

2020 Was Earth’s Second-Hottest Year, Just Behind 2016. NOAA has more perspective: “The average land and ocean surface temperature across the globe in 2020 was 1.76 degrees F (0.98 of a degree C) above average — just 0.04 of a degree F (0.02 of a degree C) cooler than the 2016 record. The Northern Hemisphere saw its hottest year on record at 2.30 degrees F (1.28 degrees C) above the 20th-century average. The world’s seven-warmest years have all occurred since 2014, with 10 of the warmest years occurring since 2005. It was also Earth’s 44th consecutive year with global land and ocean temperatures, at least nominally, above the 20th-century average, according to scientists at NOAA’s National Centers for Environmental Information.

2020 Was Second Warmest Year In Spite of La Nina. More perspective from Climate Central: “Long term global temperature trends indicate that the Earth is warming and at an unprecedented rate. The six warmest years have occurred since 2015 and the top 10 warmest years have all happened since 2000. In general, a stable climate is characterized by a balance of warm and cold years. However, the frequency at which we are setting new annual warm records, combined with the longer warming trend of global temperatures over the past decades, adds to the multiple lines of evidence of human-induced climate change. Furthermore, 2020’s ranking is significant because it occurred during a developing La Niña. La Niña and its opposite, El Niño, correspond to variations in water temperatures in the Pacific Ocean. These usually result in a boost (El Niño) or a dip (La Niña) in extra heat added to the atmosphere...”

Why Are Ocean Warming Records Being Broken Year After Year? My friend and St. Thomas climate scientist John Abraham writes for The Guardian: “As if 2020 could get any worse, the latest research showed that oceans hit their highest recorded temperatures, a record that keeps getting broken year after year. Why are the oceans so important? It is quite simple: almost all of the extra heat we gain because of greenhouse gases ultimately ends up in the oceans. In fact, the oceans absorb more than 90% of the excess heat. Consequently, if you want to understand global warming, you have to measure ocean warming. I am part of a team of 20 climate scientists who just published new research in Advances in Atmospheric Sciences. We collected temperature measurements spread out across the world’s oceans – measurements that in some cases, went back to the 1950s and even earlier…”

Rising Costs of U.S. Flood Damage Linked to Climate Change. Here is an explainer from Scientific American: “Increased precipitation resulting partially from climate change has caused an additional $2.5 billion a year in U.S. flood damage, according to a new study that pinpoints the effect of changing weather on the cost of natural disasters. A study published yesterday in the Proceedings of the National Academy of Sciences journal says that from 1988 through 2017, intensifying precipitation was responsible for a total of $75 billion in U.S. flood damage over the 29-year study period. Total flood damage in those years was nearly $200 billion, meaning that the excess precipitation accounted for more than a third of the damage in that period...”

Many US Corporate Boards Don’t Get the Climate Crisis. Bloomberg Green reports: “Many corporate boards in the U.S. are unprepared to tackle the environmental risks posed by the climate crisis, primarily because few of their members have the background to truly understand what’s at stake. Of the 1,188 directors at 100 of the biggest U.S. companies, just 6% had “relevant credentials” in environmental protection and only 0.3% had expertise in either climate- or water-related issues as recently as 2018, a study released by New York University’s Stern Center for Sustainable Business said. The numbers are especially alarming given that about 1,500 companies have announced net-zero emissions goals, and just a small fraction of them have “concrete plans” in place that will get them to their targets by 2050, according to a survey of more than 600 corporate and institutional investors by Bank of America Corp…”