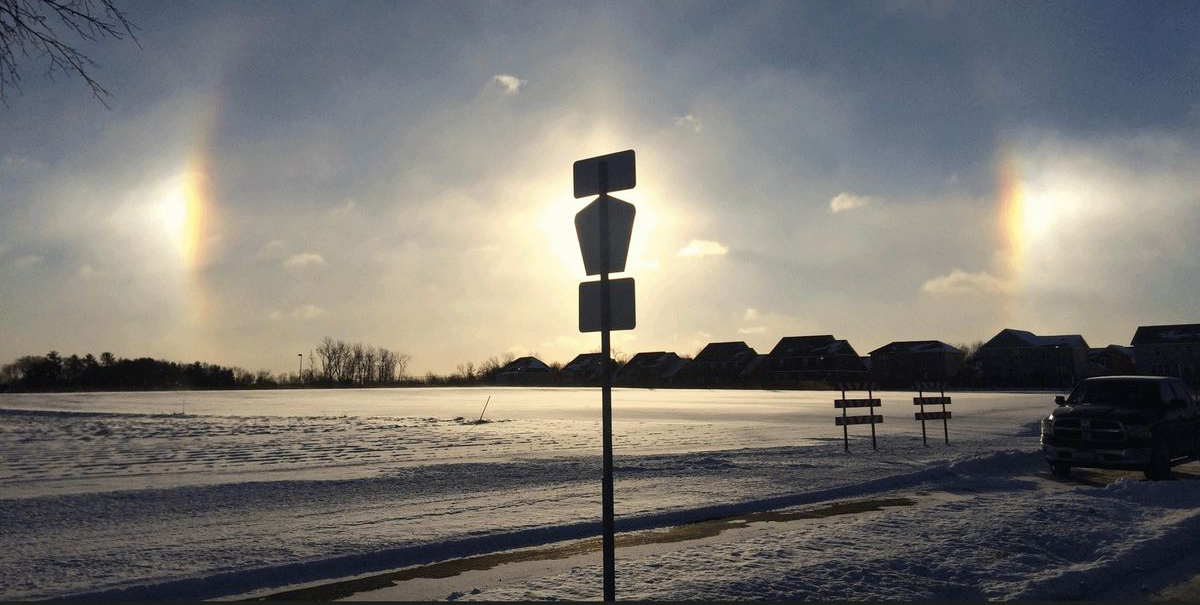 Colder, But Hardly Polar – 2020 Tornado and Lightning Numbers Down, But Not Fatalities

Probably Not a Polar Winter This Year

A couple months ago I went out on a tenuous limb and predicted “half a winter” for Minnesota and the Upper Midwest. Studying the maps and models I stand by my (reckless) outlook.

In spite of a La Nina cool phase in the Pacific (which often produces colder winters here) unusually strong jet stream winds are blowing more from Seattle than the Yukon. Bitter air is trapped to our north; small burps of chilly air reaching the U.S.

When in doubt, follow the trends. According to NOAA January is the 6th warmest on record at MSP, to date. This is the 11th warmest meteorological winter (since December 1) on record.

Pacific-Flavored Air Early February. GFS carves out a massive cut-off low over the Great Lakes and New England 2 weeks out, which may support a series of big storms for the East Coast. But the weather looks quiet/dry and relatively mild for much of the western half of the USA as we push into February.

Warm Signature Persistence. Dr. Mark Seeley tracks the mild, Pacific signal in the latest edition of Minnesota WeatherTalk: “Since November 1st 75 to 80 percent of all days have brought warmer than normal temperatures to most parts of Minnesota. This is unusual persistence of warmth in terms of longevity (75 days) and rivals the similar November through January of 2015-2016, which started a very warm year for Minnesota (2016 was the 5th warmest year in state history). The other unusual aspect of the warmth has been the amplitude or wide deviation from normal. International Falls has been measuring temperatures that are 20 to 25 degrees F above normal so far this month. In fact for the entire first half of January the nation’s “Ice Box” has seen an average temperature that is over 19 degrees F above normal…”

2020 Lightning and Tornado Numbers Were Down – But Not Tornado Fatalities. CNN.com has details: “There was some good news to come out of 2020: fewer tornadoes and fewer lightning strikes across the United States. But sadly, fewer tornadoes did not mean fewer fatalities — a stark reminder that the timing and location of such storms can be critical. With a preliminary tally of 1,053, 2020 saw the lowest annual number of tornadoes since 2015, when 971 were recorded, according to the National Oceanic and Atmospheric Administration’s Storm Prediction Center. Still, tornadoes last year killed 78 people, the highest count since 2011, when a super outbreak in late April led to 553 deaths…”

Deciphering Precipitation and Tornado Debris – Dual Pol Radar Explained. Here’s a good explainer of the new and improved NWS Doppler capabilities from WCBD News 2: “…Take this example, with our “correlation coefficient” or “debris detector” at the bottom left, it’s easy to notice that blue dot. That is a “debris ball,” a sure sign that a tornado is violently throwing destruction hundreds of feet in the air! We can also see a strong tornado signature with strong rotation and the characteristic hook echo through doppler radar but it’s only this dual pol data that confirms a dangerous tornado is on the ground & actively causing damage. Dual pol has proven its worth in winter weather as well. It makes identifying frozen precipitation much clearer- despite dual pol data often looking quite messy. But don’t worry, because in the end, this data, like all of our other radar products, can be complicated. It’s up to trained, knowledgeable meteorologists to interpret these colorful displays and relay that weather information to you.”

Electric Cars are Better for the Planet – and Often Your Budget, Too. The New York Times (paywall) reports on something I’ve noticed, a very real ROI (return on investment) over time, saving money on maintenance and service costs: “Electric vehicles are better for the climate than gas-powered cars, but many Americans are still reluctant to buy them. One reason: The larger upfront cost. New data published Thursday shows that despite the higher sticker price, electric cars may actually save drivers money in the long-run. To reach this conclusion, a team at the Massachusetts Institute of Technology calculated both the carbon dioxide emissions and full lifetime cost — including purchase price, maintenance and fuel — for nearly every new car model on the market…”

2020 Was One of the Hottest Years on Record. WIRED.com (paywall) has an overview: “Earth was on fire last year (in case you forgot), with record-breaking West Coast wildfires, Siberian heat waves, and Atlantic hurricanes. Now government scientists have crunched the numbers behind the planetary chaos. NASA just released its yearly report on annual temperatures, and it says that 2020 surpassed or tied 2016 as the hottest year on record. A similar announcement by the National Oceanic Atmospheric Administration (NOAA) differed slightly, saying 2020 came in a close second or third. Both agencies presented their findings on Thursday during a virtual town hall at a meeting of the American Meteorological Society. The two agencies released their findings together, although they used slightly different methods to calculate their results…”

Most Democrats and Republicans Think the Government Should Make Climate Change a Priority. Some hopeful trends from VOX.com: “A new study has found widespread support for climate-friendly energy policies among registered Republicans and Democrats. The study, conducted by Yale University and George Mason University’s climate change communication programs, surveyed nearly 1,000 registered voters from across the political spectrum — Republicans, Democrats, and independents — in December. The survey found 53 percent of registered voters think global warming should be a high or very high priority for the president and Congress while 66 percent feel the same about developing clean energy sources. There was also broad support from both Democrats and Republicans for eight energy policies that would help address climate change...”

Climate Change Needs an Operation Warp Speed. WIRED.com opines on what might turn the dial, faster: “…The US government should throw its muscle behind ramping up a mammoth, rapid rollout of all forms of renewable energy. That includes the ones we already know how to build—like solar and wind—but also experimental emerging sources like geothermal and small nuclear, and cutting-edge forms of energy storage or transmission. It’s not as if the feds have done nothing on renewables; tax credits for solar are partly why adoption is up and the price is down. But compared to the terrifying scale of the problem, the spending has been chump change. For the past 40 years, the US has spent 37 percent more on R&D for fossil fuels than for renewables. A Climate Warp Speed campaign should invert that ratio. Hell, 10X it! More crucially, the government should become a bulk buyer of renewable energy. The feds’ vaccine purchase is what jolted pharmaceutical companies to move so bloody fast with Covid-19...”

Scientist Corrects Climate Change Deniers in Viral Facebook Post. Here’s an excerpt from republicworld.com: “An atmospheric scientist on January 16 put the climate change doubters to rest in a savage Facebook post that has now gone viral on social media. Katharine Hayhoe asserted that anyone proposing “alternate explanations” to the threats of climate change and its impact on the planet is “blackballed”. The popular atmosphere scientist advocated in several media interviews that the “severe weather conditions” that cause heatwaves, wildfires and hurricanes are attributed to excessive global warming due to climate change. The Texas Tech University scientist in Lubbock addressed her followers who denied the concept of climate change due to, what they described, “lack of scientific evidence”, ultimately rejecting the climate solutions proposed by the scientific community…”