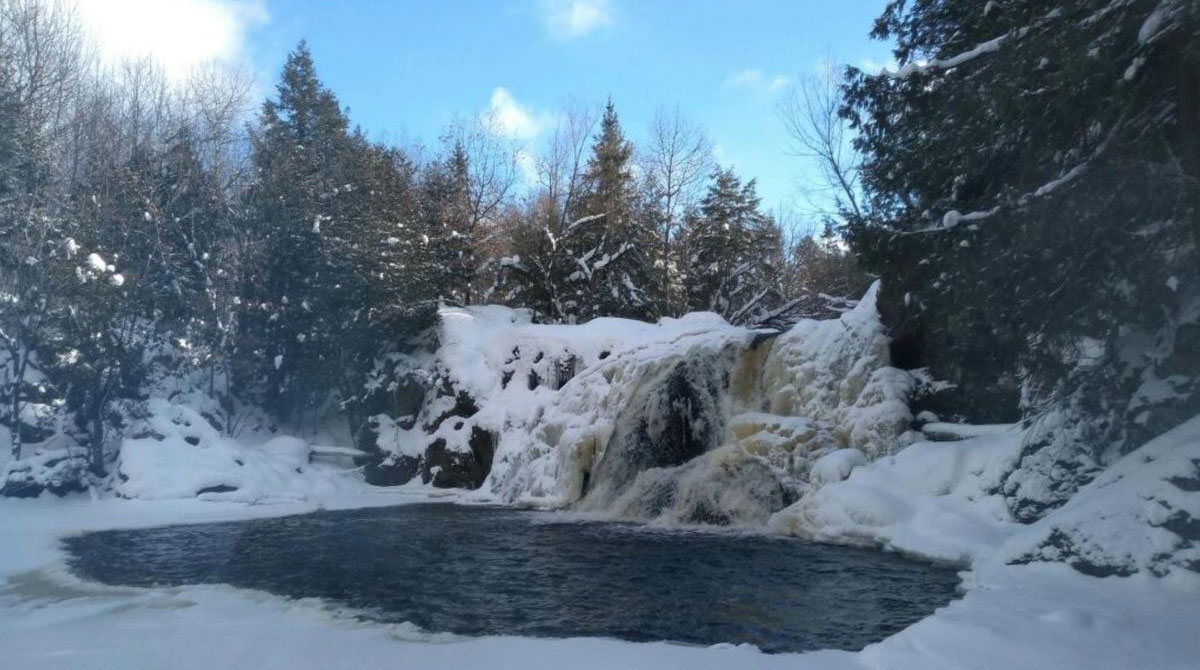 A Relatively Balmy January. Dr. Mark Seeley has details on lingering warmth in this week’s edition of Minnesota WeatherTalk: “…It looks like this January may end up among the 5 warmest in state history based on statewide climate data so far. Through two-thirds of the month temperatures are running from 8 to 17 degrees F above normal. The last ten days of the month will not all be warmer than normal, but a mixture of above and below normal values. This will mean that the average temperature for January in Minnesota may not be as cold as December was. Nevertheless, we can anticipate a period of three consecutive months with monthly mean temperatures above normal. The persistence of warmer than normal temperatures has been so strong that the November through January period may end up among the 5 warmest historically as well...”

Storm Potential Second Week of February. If the GFS solution above verifies Minnesota could be in the sweet spot for a parade of western storms, fattened up with moisture from the Gulf of Mexico, with enough cold air in place for mostly snow. Then again, I may be delusional.

Morning Radar. Snow and icy conditions are already occurring across portions of the central United States this morning, stretching from eastern Colorado eastward into northern Kentucky. Already 2” of snow has been reported near Kearney and Grand Island in Nebraska this morning. Heavy rain has been reported in the warm sector, with several flood reports out of Missouri.

Timing The Wintry Weather. Snow – and in some areas, ice – will continue to spread across portions of the central United States today, moving into Des Moines around the lunch hour and into Chicago around the evening commute. Snow should taper off in the morning hours tomorrow in Omaha before lighter snow moves in Tuesday Night. In Des Moines, snow will taper off toward the midday hours Tuesday, with snow with this system ending in Chicago Tuesday evening (but more, lighter snow, will be possible Tuesday Night into Wednesday).

Winter Weather Alerts. Numerous Winter Weather Advisories and Winter Storm Warnings stretch from the central Plains into portions of the Mid-Atlantic this morning. Some of the locations under these alerts include:

Expected Snow. At least 6” of snow is expected to fall from portions of northern Kansas through Chicagoland over the next few days. It appears as through there will be a big bullseye of at least 10” of snow stretching from southeastern Nebraska (including the Omaha area) toward the Des Moines area. This snow will case travel issues and potentially power outages across the region over the next few days. This could be a big, potentially historic, snow for the area. Here are some snow stats for Omaha:

And some snow stats for Des Moines:

Icing Concerns. Icing is also expected with this system, and there is the potential of up to a quarter inch of ice from portions of northeastern Missouri to northeastern West Virginia.

Lakeshore Flooding Possible. Lakeshore flooding along Lake Michigan will also be expected, especially along the Illinois shore down toward Gary, IN. Waves of 8-13 feet will be possible, particularly from late this afternoon through early Tuesday afternoon. This will cause inundation of areas along the lakeshore.

Western Systems. Along with the system in the Central United States, another one is impacting portions of the Southwest today, bringing rain, snow, and windy conditions. Numerous Winter Storm Warnings are in place up at higher elevations over the next few days across the region. Below are expected snow totals across the region:

Heavy Rain As Well. Not only are we watching this system, but another one expected to impact the region heading into the middle of the week. Flash Flood Watches are up near the Bay Area for the mid-week system, from Tuesday afternoon through Thursday afternoon, as moderate to heavy rain could cause debris flows in burn scar areas with rapid ponding possible in non-burn scar areas.

World Hammered by Record 50 Billion-Dollar Weather Disasters in 2020. Dr. Jeff Masters writes for Yale Climate Connections: “Earth was besieged by a record 50 billion-dollar weather disasters in 2020, the most such disasters ever recorded after adjusting for inflation, said insurance broker Aon (formerly called Aon Benfield) in its annual report issued January 25. The previous record was 46 billion-dollar weather disasters, set in 2010 and 2011. The annual average of billion-dollar weather disasters since records began in 1990 is 29. The combined economic losses (insured and uninsured) from all 416 weather and earthquake disasters cataloged by Aon in 2020 was $268 billion (2020 USD). Most of the 2020 total, by far, came from weather-related disasters ($258 billion), 29% above the 2001-2020 inflation-adjusted average. Those numbers make 2020 the fifth costliest year on record for weather-related disasters…”

Increasing Numbers of U.S. Residents Live in High-Risk Wildfire and Flood Zones. Why? Details via State of the Planet, at Columbia University’s Earth Institute: “The U.S. Federal Emergency Management Agency (FEMA) estimates that around 13 million Americans are living within a 100-year flood zone. But over the last few years, researchers have found that the government’s estimates are far lower than the ground realities. A 2018 study published in the journal Environmental Research Letters states that, taking into account the risk of flooding from rivers, about 41 million people are exposed to flood risk. That roughly equals three times more than FEMA’s estimates of residents who live in areas with a 1 percent chance of floods striking during any year. A calculation in mid-2020 estimated that at least 14.6 million properties are located in the 100-year flood zone, according to First Street Foundation, a group of New York-based academics and experts…”

History Made: Renewable Energy Surpassed Fossil Fuels for European Electricity in 2020. CNN Business has the post: “Europeans got more of their electricity from renewable sources than fossil fuels for the first time last year, according to an annual report from Ember and Agora Energiewende. The report, which has been tracking EU’s power sector since 2015, found that renewables delivered 38% of electricity last year, compared to 37% delivered by fossil fuels. The shift comes as other sources, such as wind and solar power, have risen in the European Union. Both sources have nearly doubled since 2015, and as of last year accounted for one-fifth of electricity generation in EU countries, the report found. It’s also the reason why coal power declined 20% last year, making up only 13% of electricity generated in Europe…”

Walz, DFL Leaders Announce Plan for 100% Clean Energy in Minnesota by 2050. KSTP.com has the post; here’s an excerpt: “…The four-part plan includes:

Climate Change Will Cause a Shift in Earth’s Tropical Rain Belt – Threatening Water and Food Supply for Billions, Study Says. CBS News summarizes the findings: “By 2100, billions of people are at risk of facing more flooding, higher temperatures and less food and water. A new study published in “Nature Climate Change” found that the climate change will cause the Earth’s tropical rain belt to unevenly shift in areas that cover almost two-thirds of the world, potentially threatening environmental safety and food security for billions of people. The tropical rain belt, otherwise known as the Intertropical Convergence Zone, or ITCZ, is a narrow area that circles the Earth near the equator where trade winds from the Northern and Southern hemispheres meet…”

Informing the New Administration: Action on Climate Change for a More Sustainable, Resilient Future. The National Academies has some ideas for prioritizing climate action; here’s an excerpt: “…To truly reverse course on climate change, the nation needs a broad portfolio of climate responses that begin now and are sustained for decades. At the core are efforts to limit future climate change by rapidly reducing carbon dioxide and other greenhouse gases in the atmosphere — the focus of several recent and upcoming National Academies reports and initiatives. For instance, a study committee that is examining how to sensibly accelerate decarbonization of the U.S. energy system and move toward net-zero emissions will soon release a report that assesses “no regrets” policies, strategies, and research directions that can be acted upon quickly, considering both technical and socio-economic goals. The committee’s final publication, expected in early 2022, will more broadly identify technology, policy, and social and behavioral changes to put the U.S. on a path to an eventual carbon-free economy...”

World Leaders Urged to Learn from Pandemic in Adapting to Climate Change. Here’s the intro to an analysis at Thomson Reuters Foundation: “The COVID-19 pandemic has shown the world what it is like to go through a dangerous emergency of the kind that could occur if climate change accelerates – and offers lessons on how to respond, the head of the U.N. climate science panel said Friday. Hoesung Lee, chair of the Intergovernmental Panel on Climate Change (IPCC), said the health crisis was “a foretaste of what climate change could do to our society, to nature and to our lives”. “Both climate change and COVID-19 have shown us the risks of an unthinking and rapacious approach to nature and its resources,” he told an event at which scientists stressed the importance of adapting to a warming planet. Lee said leaders should address both crises by investing in a sustainable and resilient recovery…”