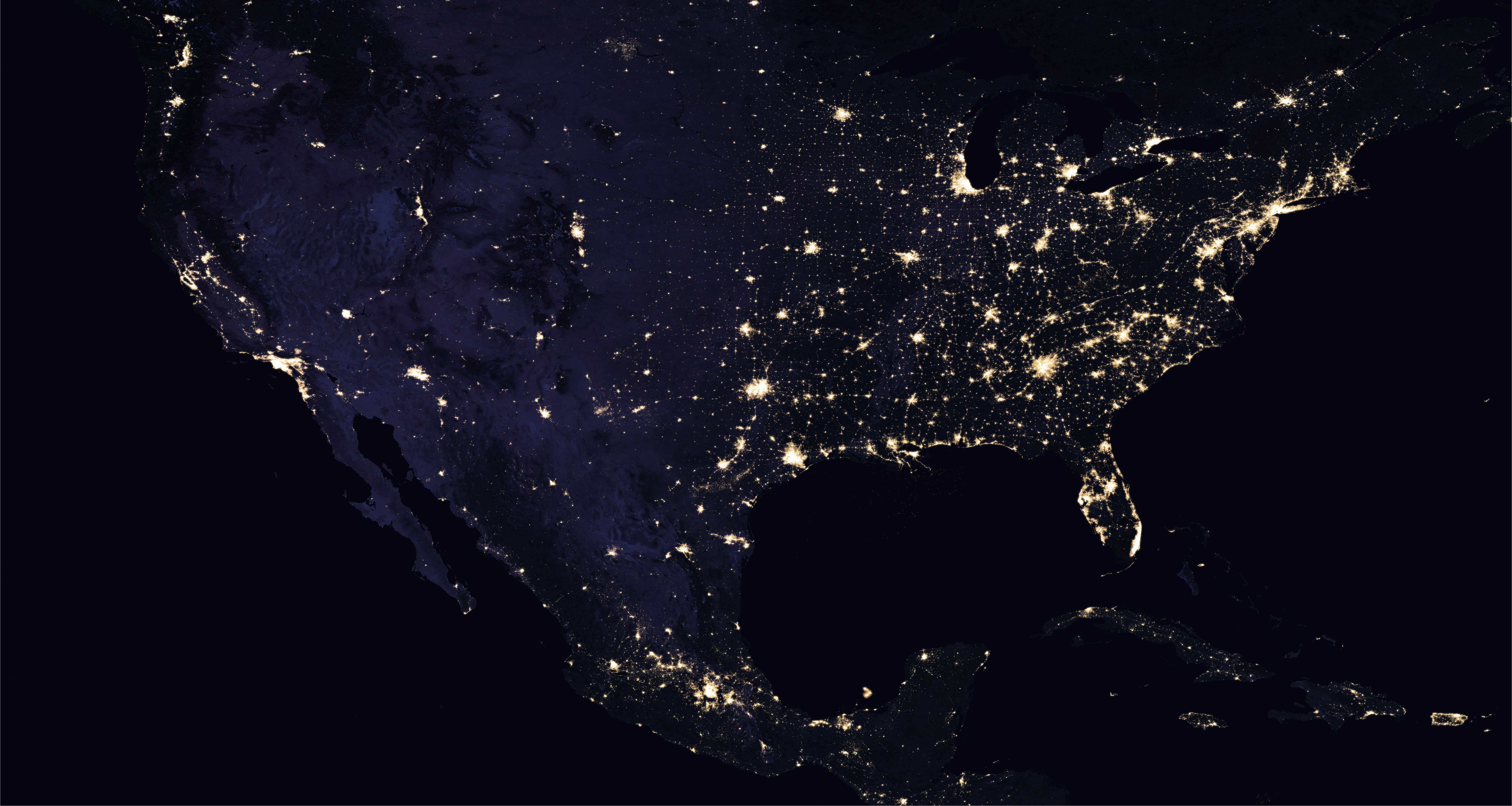 Winston Churchill had it right. The future is a riddle, wrapped inside a mystery, inside an enigma. Predictions are always tenuous, but one thing is increasingly apparent: what worked in the 1970s probably will not work in the 2030s. The election of President Joseph Biden has accelerated a transition to a more sustainable, clean-energy future for the United States. But federal incentives and stimulus are only part of the equation. Market forces are already in play, powering and accelerating an inevitable transition to wind, solar, energy storage, biofuels, tidal power and dozens of other clean-tech forms of power that don’t release planet-warming carbon dioxide into the atmosphere.

Stated succinctly, the world needs more energy, for less cost, with fewer unpleasant side effects. A warming planet is already super-sizing extreme weather events, from larger, longer-burning wildfires to more intense heat and drought, to inland flooding and wetter, more powerful hurricanes. How do we have everything we want and need, while creating less air and water pollution – and avoiding a worst-case scenario for future warming?

History shows us that major inflection points take place when consumers benefit from greater performance at lower cost. We change our minds when we can go farther, faster, and cheaper. Clean, renewable energy costs have fallen to the point where they are competitive with traditional fossil fuels, in fact in many regions’ prices are now lower. “Wind is now the cheapest source of energy in the United States with solar just a few years behind” according to J. Drake Hamilton, Science Policy Director at Minnesota’s Fresh Energy. Yet the sun does not always shine, and the wind doesn’t always blow. Energy storage and battery technology can help to even out supply, but incessant demand for baseline power will require nuclear and natural-gas powered energy sources, at least for the short term. But that is only part of the equation. 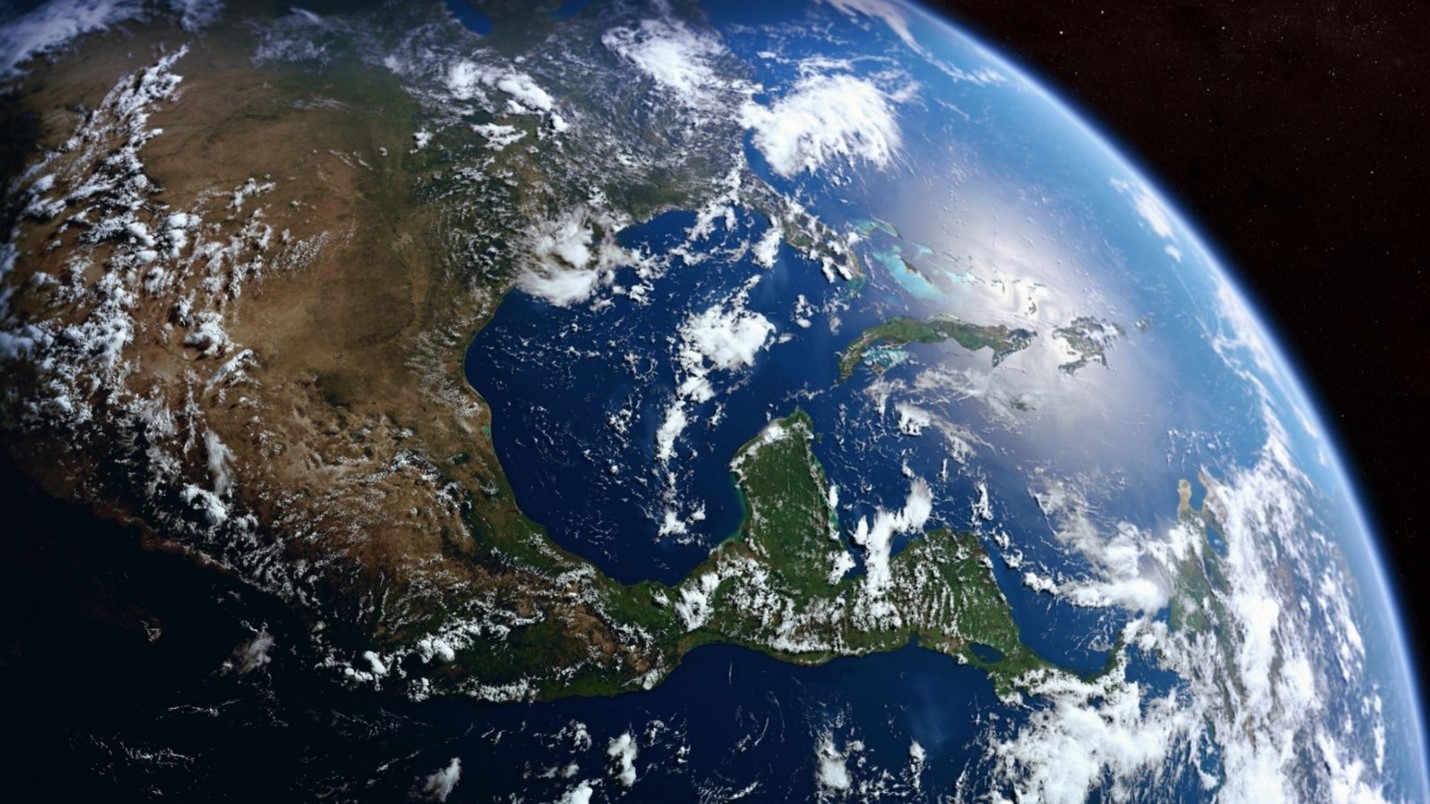 Optimizing energy production will require changes to America’s energy grid, capable of utilizing newer, cleaner sources of electricity from geothermal plants, sprawling wind farms and even individual rooftop-mounted solar panels, in real-time. We live in a world of abundance. is the most abundant energy resource on earth — 173,000 terawatts of solar energy strikes the Earth continuously. That is more than 10,000 times the world’s total energy use.)[1] To put that into perspective, enough sunlight hits the Earth in one hour to power the world’s economies for an entire year. The sun may not be shining in Georgia, but skies are clear in Alabama and a strong wind is blowing from Texas to Iowa. How best to harness clean energy sources and predict electricity supply and demand, with day-to-day weather variations in mind?

In the future variable sources of clean will provide most of the electrical power, according to most expert models. Tracking hyperlocal weather data: predicted changes in wind speed, cloud cover, solar radiation, humidity, visibility, smoke, and pollen – taking full advantage of the world’s most reliable weather models, will be increasingly mission critical. 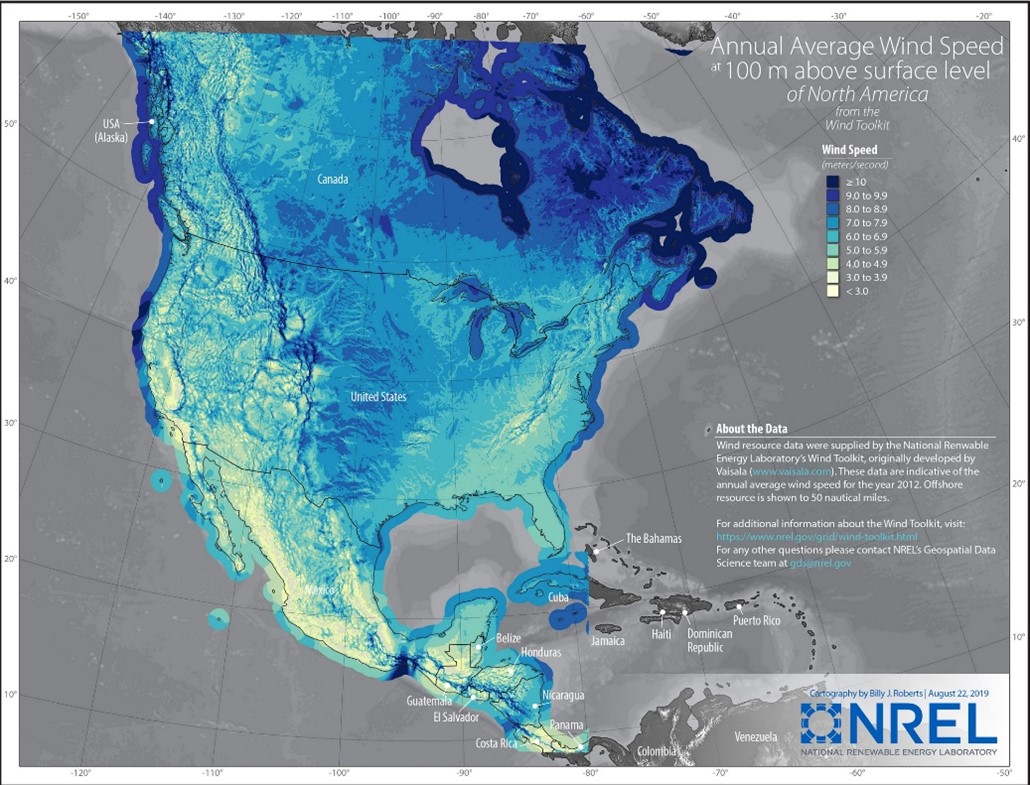 Michael Noble, Executive Director of Fresh Energy in the Twin Cities of Minnesota predicts: “We will evolve from a grid where grid managers monitor rising and falling loads and dispatch power to meet loads, to a new and more digital world where we monitor and forecast generation and dispatch usage to follow supply. Software solutions will help the power grid charge cars, charge batteries, heat water, heat space and price energy to optimize the matching of supply and demand. So, forecasting accurate energy supply from variable sources will then translate to helping consumers use electricity optimally, without loss of reliability or convenience.”

Weather SaaS companies (software as a service) are already powering windfarms, solar gardens, and utility-scale operations, predicting future wind potential and solar irradiance many hours, even days into the future. AerisWeather is a weather data company with a full suite of data APIs and high-resolution mapping graphics, providing the analytical and predictive fuel companies require to match demand with clean-tech energy sources. “Market trends suggest that wind, solar and energy storage—often in hybrid configurations—will become increasingly dominant parts of the electricity sector. This rapid evolution of electricity generation will make the need for accurate, hyper-local weather data that allows the optimization of those resources and their interplay more important and valuable than ever. This era gives new, literal, meaning to the conventional wisdom that knowledge is power” says Rolf Nordstrom, President and CEO of Great Plains Institute in Minneapolis. 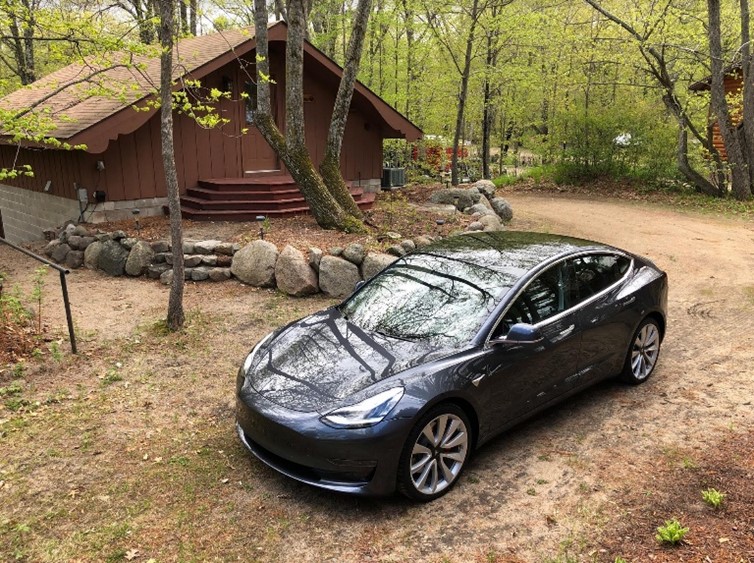 Clean energy can elicit eye-rolls and a healthy level of skepticism. I too was skeptical, until I started driving an all-electric vehicle in 2015. I am now spending considerably less money to drive per mile, and ongoing maintenance costs are minimal. My Tesla Model 3 has roughly 150 moving parts, compared to 10,000 moving parts on a traditional, gasoline-powered car. There is simply less that can go wrong. There are no planned maintenance routines, no need to have my car serviced every 10,000 miles. It just goes, with an order of magnitude less fuss, mess, and upkeep. Over time I have observed a significant ROI.

Businesses and consumers are already seeing a return on investment, and as cleantech sources of electricity ramp up the numbers will become even more favorable over time. “Getting to 90% electricity as zero-carbon by 2030 will actually REDUCE costs to people who are electric customers throughout the country, as wind (combined with solar, and batteries) are cheaper than existing coal plants and cheaper than new gas plants” said Fresh Energy’s J. Drake Hamilton. 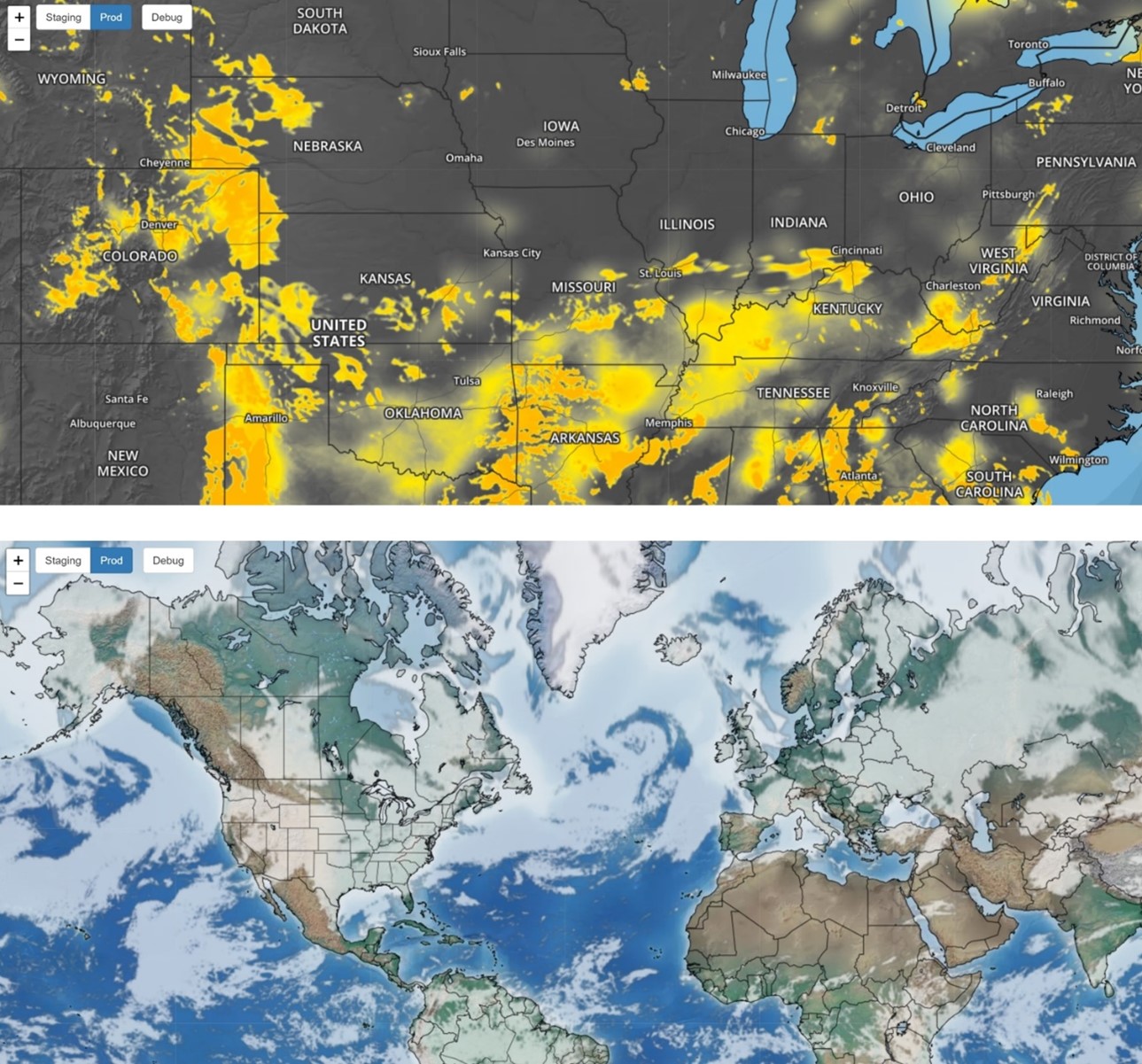 America’s renewable energy sector is producing jobs 12 times faster than the rest of the economy[2]. The arc of technology is undeniable: we can generate more energy for less cost, with fewer planet-warming emissions being pumped into the atmosphere. The cost of solar energy has fallen nearly 80% in a decade. Wind power costs have tumbled 65% and energy storage (powerful batteries that electrify cars, homes, and entire towns) has seen a price drop of 76% since 2012. The challenge is weaving thousands – millions of sources of variable clean energy sources into a coherent baseline of reliable energy, no matter what Mother Nature throws at us day to day.

The forecast calls for new methods, materials, and high-resolution weather forecasts, all moving the ship in the right direction. And that ship will most likely be powered by clean wind and solar.