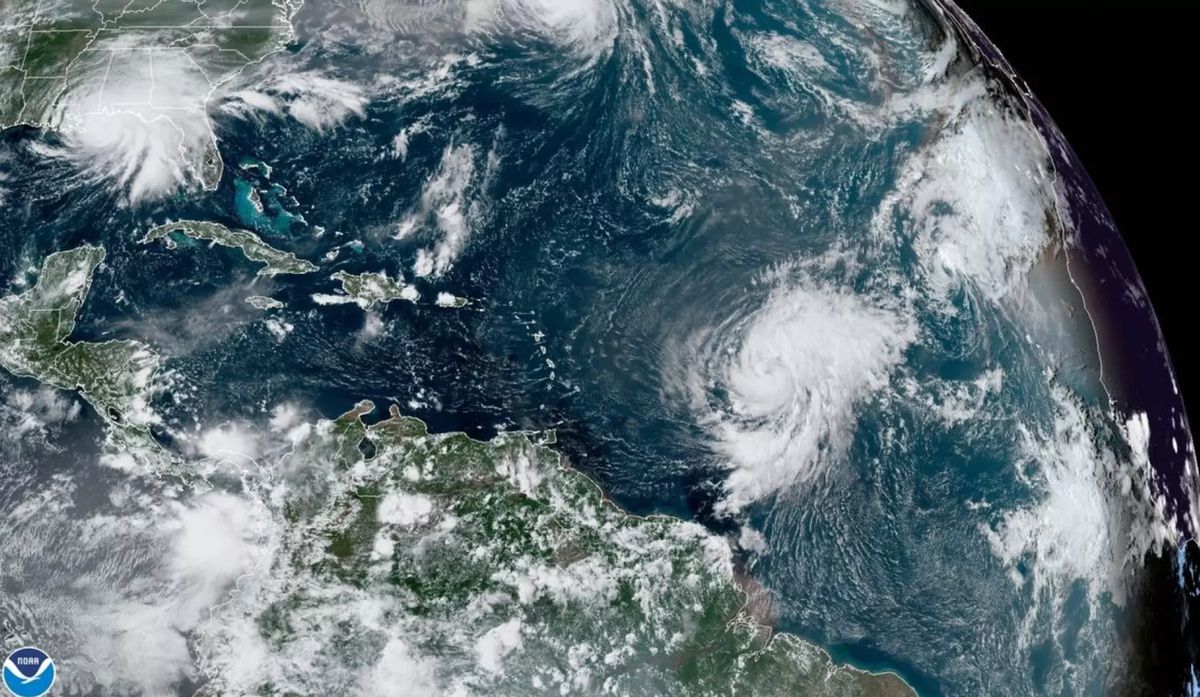 When weather stalls bad things often result. Longer heatwaves, deeper droughts and more severe flooding. Hurricane Harvey stalled in the Gulf of Mexico in August of 2017, squeezing out over 60” of rain near Houston.

Rapid warming of the Arctic may already be impacting the shape and configuration of jet stream steering winds, favoring a wavier, loopier pattern, more prone to weather getting stuck.

A slow-motion storm will temporarily stall near Minnesota this week, pouring out 1-3” rainfall totals by Friday evening. I wouldn’t be surprised to see reports of street flooding. At this rate lawns will be fluorescent-green by the weekend.

A Healthy Soaking. Rainfall amounts will be wildly variable, due to the convective (thundery) nature of much of the precipitation, but 1-3” amounts aren’t out of the question by Friday evening, with a few isolated 4”+ amounts due to a train-echo effect: thunderstorm cells passing over the same counties. Some towns may pick up a month’s worth of rain by the end of the week.

Slow Warming Again by Late April. After a run of chilly days next week long range GFS guidance suggests a slow temperature recovery the last 10 days of April or so.

Extended Wish-Cast: A Stinking Hot Summer? Confidence levels are very low, but NOAA’s Climate Prediction Center’s suite of long range climate models suggests high confidence for warmer than average temperatures for much of the USA for June, July and August. Interesting data points, but I wouldn’t wager any money on that bet just yet.

NOAA’s Weather Forecasting System Just Got a Major Update. Smithsonian Magazine has details on NOAA’s GFSv16 weather model: “With those challenges in mind, last week NOAA announced a major update to GFS that will help it adapt to a world now in the grips of climate change, reports Rebecca Hersher for NPR. NOAA says the new update will improve forecasts for hurricanes and extreme weather events, ocean waves, and weather systems looming high in Earth’s atmosphere, reports Matthew Cappucci for the Washington Post. The new model, version 16.0, outperformed the old GFS in tests, per NPR. Improvements are pretty significant for this upgrade,” Vijay Tallapragada, the head of the Modeling and Data Assimilation Branch for NOAA’s Environmental Modeling Center, tells NPR. In particular, the new model is better at forecasting hurricanes. “We found about a ten to 15 percent improvement in tropical cyclone track and intensity in the Atlantic Basin,” Tallapragada tells NPR. That equates to roughly 36 hours of additional warning time for areas predicted to be in a storm’s path as it makes landfall…”

New Study Ties Solar Variability to the Onset of Decadal La Nina Events. ScienceDaily has a post that caught my eye: “A new study shows a correlation between the end of solar cycles and a switch from El Nino to La Nina conditions in the Pacific Ocean, suggesting that solar variability can drive seasonal weather variability on Earth. If the connection outlined in the journal Earth and Space Science holds up, it could significantly improve the predictability of the largest El Nino and La Nina events, which have a number of seasonal climate effects over land. For example, the southern United States tends to be warmer and drier during a La Nina, while the northern U.S. tends to be colder and wetter...”

More Evidence That Humans Are Causing Climate Change. KXAN Austin has the post; here’s the intro: “While it’s now common knowledge that man-made greenhouse gas emissions trap more heat at the Earth’s surface and cause global temperatures to rise, it’s never been proven 100% by conclusive, direct, and observational data. But that’s now changed. In a first-of-its-kind study, academic researchers along with NASA scientists are quantifying the direct impact that human activity is having on our climate system — and proving human activity is to blame for recent warming trends. Before the Industrial Revolution, the Earth’s climate was, for a large amount of time, in a relatively stable, harmonious stasis where heat energy coming in to the atmosphere was equivalent to energy going out. Note that the sun brings incoming heat energy, and the Earth itself gives off outgoing energy to maintain balance...”

Threat of Climate Change Looms Large for Some Home Buyers. As it should, especially near coastal areas, rivers and much of the west threatened by a more formidable fire season. Here’s a clip from HousingWire: “Climate change and the rising threat of natural disasters is likely to significantly impact migration plans of American families, potentially changing the landscape of American real estate. Out of 2,000 people surveyed between Feb. 25 and March 1, 628 said they would move due to natural disasters, extreme temperatures, and rising sea levels in their area, according to real estate brokerage Redfin, which conducted the survey. Approximately 80% of the 2,000 surveyed said natural disasters would keep them from moving to a specific part of the country. And even with fast-rising home prices and an uptick in mortgage rates, 30% of those surveyed said they wouldn’t move to an area with natural disasters or rising sea levels even if home prices were affordable...”

How Could a House Work in a Post Climate Change Scenario? Will a warmer, wetter/drier, more volatile climate system impact how we design our homes? ArchDaily weighs in: “Climatic conditions are changing around the world, and with more extreme temperatures and limited resources, architectural and urban solutions must also change. How could our homes look and function effectively in a post-climate change scenario? Analyzing in detail the forecasts of these climatic variations, the architects of W-LAB have developed a Low-Tech habitat proposal for humid, hot, and arid climates, incorporating bio-materials, transportable solutions, and configurations that promote life in small and resilient communities. The project responds to a series of computational simulations that visualize the climate scenario we will face during the coming decades, mainly warning that many areas with a temperate climate could become arid areas with hostile climates…”

Where “Afforestation” is Taking Place Around the World. Deforestation removes trees and plants capable of absorbing excess CO2, but some countries are getting serious about planting more trees, according to a post at Carbon Brief: “…The map above shows how the total amount of planted forest (in hectares) in each country changed between 1990 and 2015. This figure includes forests that were planted before 1990. Use the slider on the bottom left-hand side to see the total amount of planted forest in 1990, 2000, 2005, 2010 and 2015. The data is taken from the most recent Global Forests Assessment undertaken by the United Nations Food and Agricultural Organization (FAO). The assessment considers a forest to be “newly planted” if more than half of its trees were established through deliberate seeding or planting. It is important to note that the data does not distinguish between forests that were planted with the goal of tackling climate change and those that were grown primarily for another purpose...”

Biden’s Infrastructure Plans are Popular, But Support is Partisan. Reuters has the results of new polling: “President Joe Biden’s $2 trillion infrastructure plan is loaded with road repairs, internet upgrades and other initiatives that are widely popular on their own, according to a Reuters/Ipsos poll, but U.S. public support declines when the initiatives are packed into a Democratic bill and sold as a Biden-backed plan. The March 31-April 1 national opinion poll highlights the challenges facing Biden and fellow Democrats in Congress as they roll out the American Jobs Plan in front of Republican opposition and a hyper-partisan American public. While most Americans, including many Republicans, like the ideas in the plan in general, they are less likely to support legislation written by Democrats to make those ideas a reality, the poll shows...”

Biden’s Green Energy Plans Clash With Pledge to Create Union Jobs. POLITICO reports; here’s an excerpt: “…The president’s push to decarbonize the economy will mean eliminating the kind of steady, fixed-location jobs that come with coal mines or fossil fuel power plants. The Biden plan would require the construction of vast numbers of solar, wind and battery projects, along with potentially new pipelines for carbon dioxide and hydrogen. But construction jobs are temporary and require mobility, and once those projects are complete, they’ll need few workers to maintain them and keep them operating. “The jobs that he talked about yesterday were construction jobs,” said Phil Smith, a spokesman for the United Mine Workers of America, a day after the Biden speech. “We’re not seeing anything concrete that our members can look at and say, ‘OK, that’s where I’m gonna fit in…’”