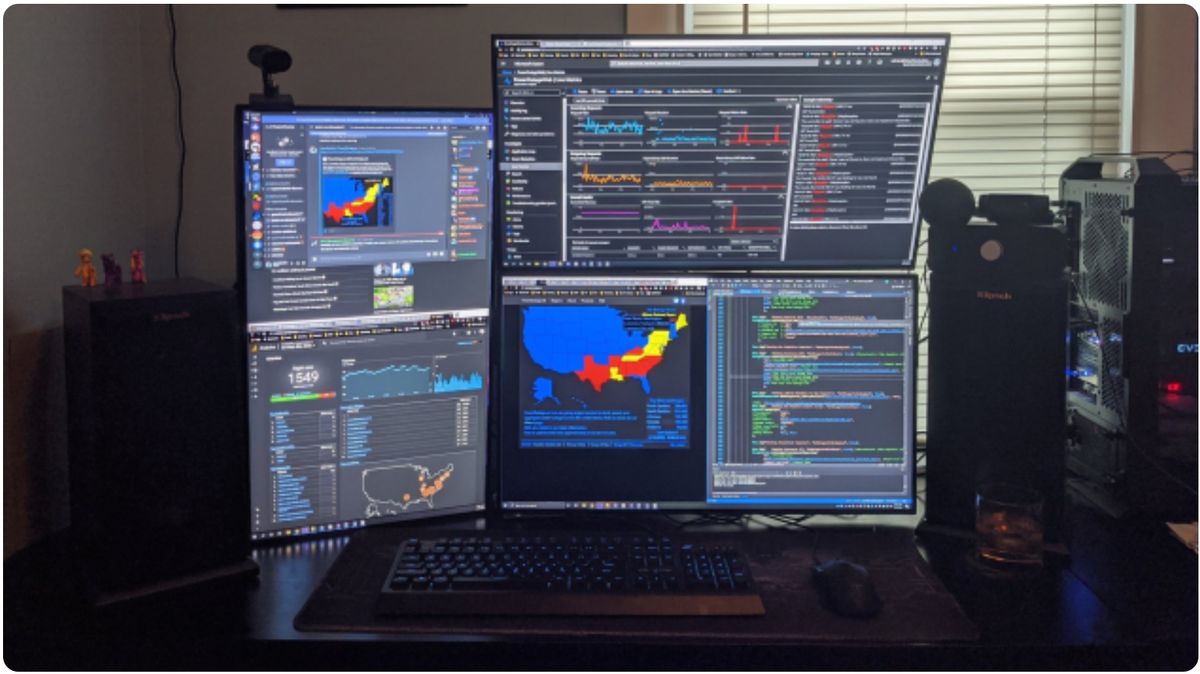 Data suggests “Tornado Alley” is shifting south and east over time, with more severe, long-track tornadoes hitting the Mid South (Little Rock to Birmingham) in recent years. A symptom of climate change? The honest answer: we’re not sure yet.

Tornado Alley should be renamed “Tornado Country” because twisters are fairly commonplace east of the Rockies. In 2010 a total of 145 tornadoes struck Minnesota, the most in the nation that year. Details on the June 17, 2010 super-outbreak here. Severe damage was reported from Wadena to near Albert Lea. 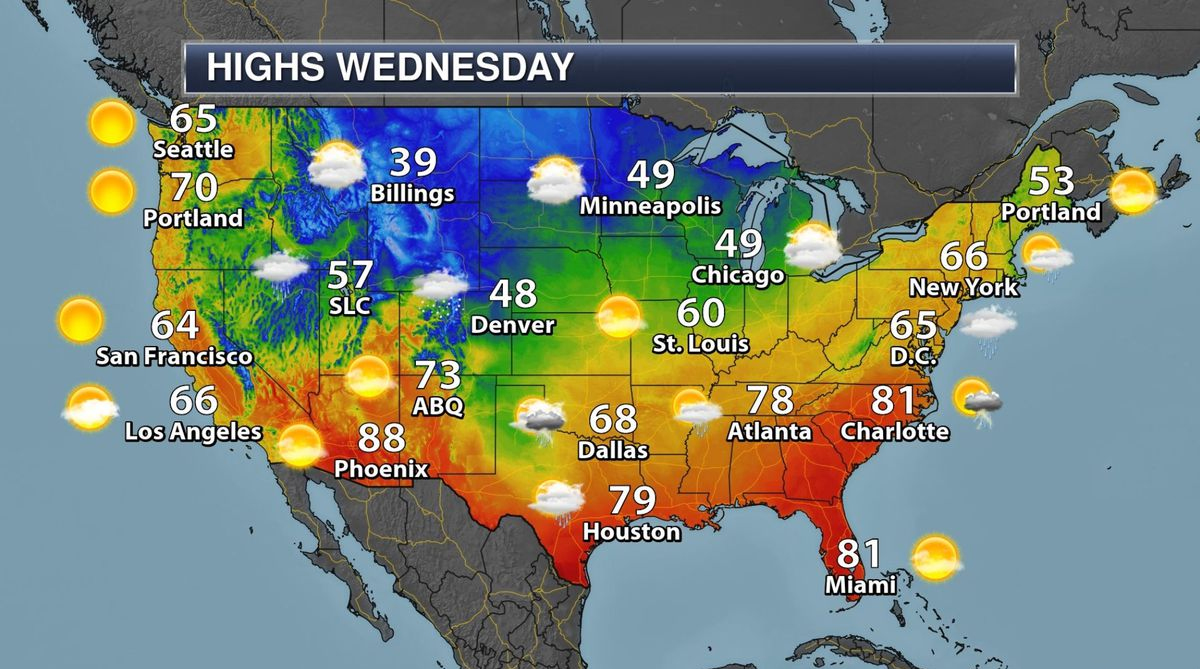 The Path to Spring is Long and Arduous. While most of the USA warms up nicely by late April a conga-line of cool fronts will prolong the chill from Seattle to the Twin Cities, where temperatures will be slower to recover in the coming weeks.

Volcanic Plume. Here is a message I received from fellow Praedictix meteorologist todd Nelson: “Take a look at this from Windy.com – if you add the SO2 Layer (Sulfur Dioxide), you can see the volcanic plume from La Soufriere going all the way to Africa & Europe. Pretty amazing!”

How Man’s “Side-Project” Became Go-To Info Source During Major Weather Extremes. I did not know this, but a story at Yahoo News is a worthy read: “…The beginnings of PowerOutage.US stemmed from a combination of Robinson’s fascination with watching storms move through areas via power outage maps along with a history of work with IT and databases, and he noticed a gap in the marketplace. “I thought, ‘Hey, there’s no place right now to view all this information in one spot. Let’s try and make one,’” Robinson said. “It purely started as a side project for learning about new technology, and it’s just grown exponentially from there.” The website tracks power outages from more than 650 utilities across the U.S., and while it relies on the data it receives from these sources for accuracy, it’s also one of the most complete sources of power outage information currently available...”

Ancient History Sheds New Light on Connection Between Weather and War. Is the risk of war heightened during times of extreme weather? Here’s an excerpt from phys.org: “Data extracted from the oldest surviving document recording Korean history shows a strong correlation between extreme weather events and war. The research, which was recently published as a study in the Proceedings of the National Academy of Sciences (PNAS), shows the three states that ruled over the Korean Peninsula from 18 BCE to 660 CE were more than twice as likely to be involved in an armed conflict with a neighbor when also experiencing a weather shock such as drought or excessive rainfall...”

Severe Weather Awareness Week. I know, it seems odd with slush in the forecast later today, but it won’t be long before the sirens are sounding. A test of the sirens is scheduled for Thursday at 1:45 and 6:45 pm. For the latest NOAA SPC severe storm risk for the USA click here.

Trending Toward More Hurricanes in Atlantic Basin. The new 30 year averages show an increase in the number of named storms and hurricanes. One explanation: consistently warmer water.

Plastic is Falling From the Sky. Where’s it Coming From? WIRED.com (paywall) has some answers and results of new research: “…But new modeling published yesterday in the Proceedings of the National Academy of Sciences shows that 84 percent of airborne microplastics in the American West actually comes from the roads outside of major cities. Another 11 percent could be blowing all the way in from the ocean. (The researchers who built the model reckon that microplastic particles stay airborne for nearly a week, and that’s more than enough time for them to cross continents and oceans.) Microplastics—particles smaller than 5 millimeters—come from a number of sources. Plastic bags and bottles released into the environment break down into smaller and smaller bits. Your washing machine is another major source: When you launder synthetic clothing, tiny microfibers slough off and get flushed to a wastewater treatment plant...”

Airborne Plastic Pollution “Spiraling Around the Globe”, Study Finds. The Guardian has more perspective; here’s a clip: “…The analysis calls plastic pollution one of the most pressing environmental issues of the 21st century. It indicates that the billions of tonnes of plastic discarded into the oceans and land and being broken down into tiny pieces are being thrown back into the air by road traffic and winds over seas and farmland. People are already known to breathe, drink and eat microplastics and the other research suggests levels of pollution will continue to rise rapidly. The scientists said this “raises questions on the impact of accumulating plastics in the atmosphere on human health. The inhalation of particles can be irritating to lung tissue and lead to serious diseases...”

We Are Living in a “Climate Emergency” – And We’re Going to Say So. Scientific American is not mincing words; here’s an excerpt: “…Given the circumstances, Scientific American has agreed with major news outlets worldwide to start using the term “climate emergency” in its coverage of climate change. An official statement about this decision, and the impact we hope it can have throughout the media landscape, is below. This idea is not a journalistic fancy. We are on solid scientific ground. In January Scientific American published an article about a study entitled “World Scientists’ Warning of a Climate Emergency.” At the time, more than 11,000 scientists from 153 countries had signed a report to signify their agreement that the world is facing a climate emergency that requires bold action. As of April 9 another 2,100 had signed on. As our article said, “the adverse effects of climate change are much more severe than expected and now threaten both the biosphere and humanity…. Every effort must be made to reduce emissions and increase removal of atmospheric carbon in order to restore the melting Arctic and end the deadly cycle of damage that the current climate is delivering…”

Forests Ablaze, Glaciers Melting: Climate Change Threatens US Parks. A post at Steamboat Magazine caught my eye: “…In a groundbreaking 2018 study, Gonzalez and other researchers reported that US national parks, which cover 4 percent of the US, are experiencing human-caused temperature increases at twice the rate of the rest of the country, causing a vast array of ecosystem disturbances to plants, animals, and the humans living in, working in, and visiting these parks. The park area is being exposed to more severe heat and aridity than the rest of the country, the study warned, adding that in a worst-case scenario, park temperatures could increase from 3 to 9 degrees Celsius by 2100. These findings, and those in an updated report Gonzalez published in 2020, are particularly alarming given that the national parks hold some of the country’s last intact refuges for climate-sensitive plant and animal species...”

“Sink Into Your Grief”. How One Scientist Confronts the Emotional Toll of Climate Change. Science AAAS has the post; here’s a clip: “…“I was trained to be calm, rational, and objective, to focus on the facts,” sustainability scientist Kimberly Nicholas recalls in her new book, Under the Sky We Make: How to Be Human in a Warming World. But as research has increasingly revealed how climate change will forever alter the ecosystems and communities she loves, she has struggled to address her feelings of sadness. “My dispassionate training,” the Lund University researcher writes, has “not prepared me for the increasingly frequent emotional crises of climate change,” or how to respond to students who come to her to share their own grief. It’s a situation many scientists and professors are facing these days, Nicholas writes. “Being witness to the demise or death of what we love has started to look an awful lot like the job description…”

Why is the Debate Over Climate Change So Contentious? Here’s a clip from an interesting Op-Ed at Deseret News in Utah: “…With fossil fuels more expensive, families and businesses will either find ways to conserve or switch to cheaper, cleaner energy alternatives. Meanwhile, the dividend puts money in the pockets of families to spend as they see fit. The vast majority of lower- and middle-income families will find their dividend equals or exceeds the higher costs associated with the carbon price. This bill doesn’t have a lot of intrusive regulations. Rather, it sees the role of government as setting a direction, then relying on businesses to compete and innovate to provide abundant, affordable and reliable clean energy. Independent analyses have concluded that this bill will be good for the economy. And importantly, they also show that this bill will be highly effective, taking us most of the way to net zero carbon emissions by 2050…”