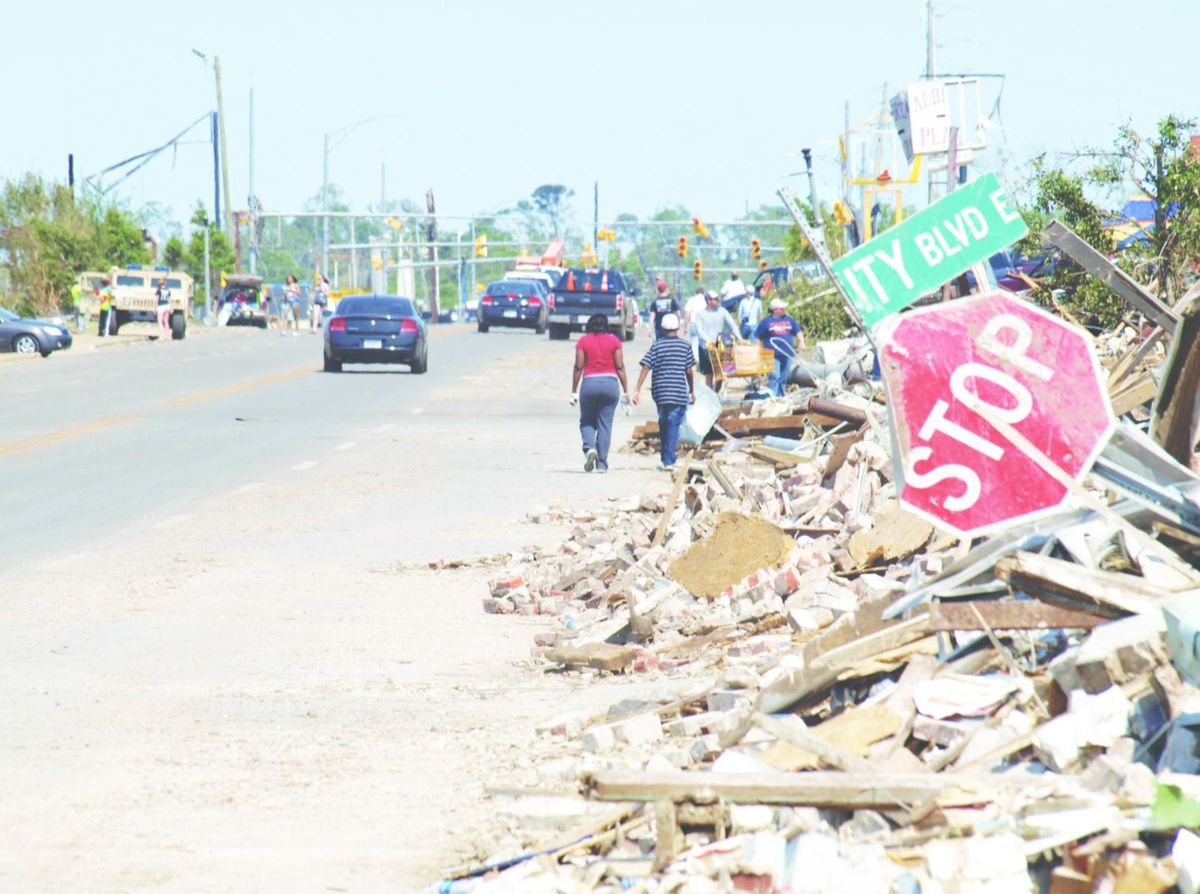 Drought-Busting Rains. Last week’s soaker made a big difference in the drought index, but pockets of drought remain over far northwest and southwest Minnesota.

Statistically Due for a Drought? Meteorologist Jan Dutton forwarded me the graphic above, showing the last serious, statewide drought in 2013. Springs are trending wetter over time but late summers may be trending drier. Confidence levels for summer precipitation are low, but some long-range climate models suggest a hotter, drier summer for Minnesota and much of the USA.

What the Megadrought in the West Means for Wildfire Season. Vox.com has a good explainer and context: “Just as the freshly vaccinated start to resume barbecues and vacation travel in the coming months, wildfires are likely to force residents of Western states back inside. The warning signs are written in the parched landscape from New Mexico to California. This time last year, 27 percent of the West was in drought — now that has risen to 76 percent, turning forests into matchsticks. With the pandemic dominating headlines, the severe drought has gotten little attention. “This one threatens to catch people by surprise who are exhausted by the events of the past year,” said Daniel Swain, a climate scientist at the University of California Los Angeles. But this latest episode in a two-decade megadrought is precisely what scientists like Swain have been warning about: Rising temperatures from climate change are making droughts more frequent and severe and increasing the likelihood of extended megadroughts...”

“Like the Hand of God”: What 2011 Has Meant for Disaster Safety in Tuscaloosa. The Crimson White documents changes after a devastating tornado in 2011: “…The safety measures in Tuscaloosa and on campus have changed in the 10 years since the 2011 tornado. There were no campus storm shelters and limited safety alerts in 2011. Tuscaloosa and the University have since prepared for tornadoes and other severe weather events. Now, there are seven on-campus storm shelters. Coleman Coliseum is also used as needed for shelter during severe weather. The UA Safety App was created in 2017 along with the 92.5 FM UA Radio Station to alert students in case of emergencies. Students and faculty now receive phone calls, texts and emails from the University when the National Weather Service issues an alert for the area…”

Flash Flood Reminders. The Twin Cities National Weather Service has interesting nuggets and timely advice about how to avoid becoming a victim of flooding:

Over the last 30 years, on average, more people have died each year due to flooding than tornadoes.

Perceived vs. Actual Risk – Vaccine Lessons Meteorologists Understand. Dr. Marshall Shepherd has a relevant post focused on risk at Forbes.com: “…A 2016 study in the Journal of Risk Research looked at how political ideology, socio-demographic background and climate change “beliefs” shaped a person’s perception of weather. The term “motivated reasoning” emerged in their analysis. Motivated reasoning is when people tend to consume or interpret evidence in a way that confirms what predispositions or what they already believe. By the way, you see this all of the time on social media. The study also found that people’s perceptions of weather often take precedence over actual weather...

People overreact to intentional acts and under react to naturally-varying, generic, or accidental events. This probably explains why some people don’t have the same concern about being struck by lightning but are screaming loudly about the vaccine pause…”

Mysterious Radio Blasts from Space Just Got a Whole Lot Weirder, Somehow. A post at Vice.com caught my eye; here’s a clip: “…For years, scientists have been baffled by extremely loud radio signals, known as giant radio pulses (GRPs), that can be traced to a special type of dead star known as a pulsar. Pulsars are compact, rapidly rotating remnants of supernovae that get their name from the clockwork pulses of radiation they emit from their poles, which have made them useful natural timepieces for astronomers who use their regular bursts to measure other celestial phenomena. For reasons that remain unexplained, some pulsars occasionally spew out GRPs that are hundreds to thousands of times brighter than regular pulsar radio signals. Now, scientists have discovered that GRPs are many times more energetic than previously thought…”

Powell Defends Fed’s Consideration of Climate Change Risks. There is, increasingly, a financial imperative for business to factor climate risks, according to an analysis at Associated Press: “Federal Reserve Chair Jerome Powell on Wednesday defended the Fed’s increasing scrutiny of the threat that climate change could pose to the health of the nation’s banks, after some Republican members of Congress had complained that by doing so the Fed was overstepping its mandate. Over the past year, the Fed has taken steps to incorporate the risks from climate change into its oversight of the financial system. A key part of the Fed’s mandate, in addition to setting short-term interest rates to either stimulate or slow the economy, is regulating banks to guard against excessive risk-taking. Last year, the central bank joined an international organization of central banks and regulators to coordinate on managing the risks that climate change poses to the financial industry...”

EVs 100% Of New Car Sales By 2035 Possible — Report: Nexus Media has headlines and links: “By 2035, every new car and truck sold in the U.S. could be an EV, a new report says. Accelerations in technology and especially battery affordability, paired with new policy, mean the dramatic transition would save American drivers $2.7 trillion by 2050, an average savings of $1,000 per household per year. The ramp up in EV production would also create 2 million new jobs by 2035. Battery prices have fallen 74% since 2014, and their unexpectedly rapid fall is a key driver of the cost savings. EVs are far simpler mechanically, and more efficient, than internal combustion engine (ICE) vehicles, which translates to reduced climate pollution and lower costs for consumers. Strengthened vehicle efficiency standards and investment in fast charging infrastructure are needed to accelerate the transition, which would prevent 150,000 premature deaths and save $1.3 trillion in health environmental costs by 2050.” (The Guardian, Fast Company, E&E $, Morning Consult, Canary Media)

Video: “Disinformation Ecosystem” – in Broader Context Beyond Climate. Hey, when the facts don’t go our way let’s make up our own facts. Yale Climate Connections has the video: “…The video explores four decades of rhetoric from fossil fuel interests and political activists “undermining belief in science and fact.” It probes similar public relations efforts over the years involving health effects of smoking and “anti-vaccine theories.” At one point the video displays a poignant clip from the once-popular weekly “Mary Tyler Moore” TV program involving cigarettes. The video also illustrates how some TV personalities have routinely dismissed climate change science as a “hoax” or “scam” and pointing to scientists’ allegedly helped to create a “phony crisis.” The video includes interviews with several different reporters, one, John Schwartz from the New York Times, dismissing efforts by some to “create their own reality…”

Florida Governor DeSantis Recognizes Threat Posed by Climate Change, but Hasn’t Embraced Reducing Carbon Emissions. Here’s a clip from Inside Climate News: “…Since his election in November 2018, DeSantis is making good on some of his environmental promises, including what he likes to call “resilience,” a new buzzword for climate adaptation. But as the governor prepares for a re-election bid in 2022, and is seen as a potential Republican frontrunner for the presidency in 2024, DeSantis faces criticism for failing to do all he could on Florida’s biggest environmental threat, climate change. Some of his critics acknowledge that the $1 billion Resilient Florida plan he announced in January could be a first step toward helping some communities pay for adaptation. But they also point out that DeSantis has done almost nothing to put Florida on a path to scaling back the state’s heavy reliance on fossil fuels...”

JPMorgan Chase to Invest $2.5 Trillion in Sustainable Development Initiatives. Fortune.com has details: “JPMorgan Chase said Thursday it would invest $2.5 trillion through 2030 to back sustainability and development initiatives, including $1 trillion purely for efforts to expand its green ambitions. The plan, which begins this year, and extends until the end of 2030, will help support a pledge in October 2020 to adapt the firm’s financing to be in line with the Paris Agreement, the company said. The commitment covers a range of initiatives—on the climate front, it will help expand a dedicated Green Economy team, which was announced last week, which focuses on areas from renewable finance to agriculture and food technology. The company also said the $2.5 trillion would support “development finance,” centered around helping meet the UN’s Sustainable Development Goals, and community development in developed markets...”

Biden’s Paris Goal: Pressure Builds for a 50 Percent Greenhouse Gas Cut by 2030. Inside Climate News has details: “The United States is back in the Paris climate accord, but the depth of its commitment will become clear only in the next two weeks, when President Joe Biden unveils the details of the nation’s pledge for reducing greenhouse gas pollution. President Barack Obama pledged that the United States would cut emissions 26 to 28 percent by 2025, a goal the nation is not quite on track to meet. But environmental advocates are pushing for Biden to set a goal of at least a 50 percent cut in U.S. emissions by 2030, based on a slew of recent studies, including research by the United Nations and the National Academies of Science, showing that a 50 percent target is both necessary and achievable…”

This Glacier in Alaska is Moving 100 Times Faster Than Normal. The New York Times (paywall) has the story: “The Muldrow Glacier, on the north side of Mount Denali in Alaska, is undergoing a rare surge. In the past few months the 39-mile-long river of ice has been moving as much as 90 feet a day, 100 times its usual speed. The event has excited glaciologists, who’ve rushed to study it using satellite imaging, specialized aerial photography and global positioning system devices delicately placed on the shifting ice. Surges often last only a few months. Most of them occur on remote glaciers and are detected only after they’ve ended — when, for example, satellite images show that a glacier front has rapidly advanced. But the Muldrow is within Denali National Park and Preserve…”

NFIP, Still Underwater, Paid Out $1.2 Billion In 2020: Climate Nexus has headlines and links: “The National Flood Insurance Program paid out more than $1 Billion in claims in 2020 for the record sixth year in a row, continuing trends for higher average claims and increased flooding in “low risk” areas, an E&E analysis of NFIP data found. Just eight counties (and parishes) in Alabama, Florida, and Louisiana, accounted for more than half of the $1.2 billion in total claims — arising from the record-breaking 2020 hurricane season. More than one-third of the claims were caused by Hurricane Sally, which “sucker-punched” Southern Alabama and the Florida Panhandle last September. The 2020 claims continue a trend of increased flooding in areas supposedly unlikely to flood, with over one-third of 2020 claims occurring outside the so-called 100-year flood zone, which reflects the failure of the NFIP to account for climate change in its flood modeling. The NFIP, which is administered by FEMA, is supposed to be self-sustaining, but payouts have so far outstripped premiums that it owes taxpayers by $20.5 billion.” (E&E $; Climate Signals background: Flooding, Hurricanes, 2020 Atlantic hurricane season)

It’s Not Just Big Oil. Big Meat Also Spends Millions to Crush Good Climate Policy. Vox.com has the story; here’s the intro: “You probably already know that the fossil fuel industry has spent many millions of dollars trying to sow doubt about climate change and the industry’s role in it. But did you know that big meat and dairy companies do the same thing? According to a new study out of NYU, these companies have spent millions of dollars lobbying against climate policies and funding dubious research that tries to blur the links between animal agriculture and our climate emergency. The biggest link is that about 14 percent of global greenhouse gas emissions come from meat and dairy…”