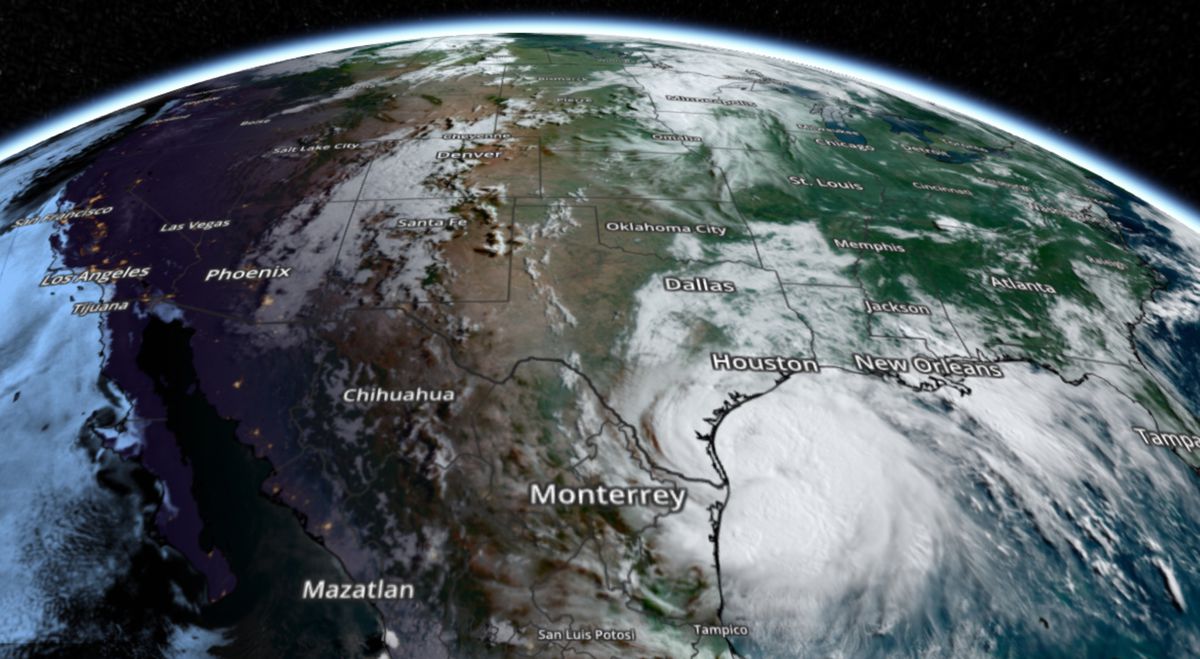 In Defense of Summer Thunderstorms

During thunderstorm season I still stare up at the sky with 5th grade wide-eyed wonder. During the day towering cumulonimbus castles charge across the sky. At night the lightning can resemble a Stephen King novel: giant, mutant alien fireflies hovering nearby. I never get over that.

If we didn’t experience thunderstorms Minnesota’s climate would be similar to New Mexico. Precious little would grow here. If you hear thunder there’s lightning somewhere nearby. Keep in mind ANY thunderstorm is potentially dangerous. 1 in 10 will become severe, fewer than 1 in 100 will ever spin up a tornado.

Extreme Drought As Close as the Dakotas. Remind me not to complain about the rain, even if it’s falling on a Saturday afternoon. Drought conditions are deepening across the western half of the USA.

10 Years After April, 2011 Tornado Super Outbreak, 16 Things We Will Never Forget. The Weather Channel has the look back; here’s the intro: “The April 25-28, 2011, Super Outbreak remains one of the worst tornado outbreaks in United States history. This single outbreak claimed over 300 lives, injured 2,775 and was responsible for $12 billion in total damage, making it the costliest tornado outbreak in U.S. history. Ten years later, there are jaw-dropping facets of this massive outbreak that remain burned in the memory of the meteorologists and journalists on our team – here’s a list of them…”

As Tech Evolves for Severe Weather Warnings, Hennepin County Leads the way. Star Tribune explains; here’s a clip: “…Hennepin County, the largest in Minnesota, is emerging as a national leader in analyzing dangerous weather events and expanding the technology beyond merely relaying warnings from the National Weather Service. The county has installed several dozen highly sensitive monitoring sites, called Mesonets, that measure wind speed, rainfall amounts, soil moisture and temperatures, ice conditions, lightning and radiation. The sensors are placed on a pole and surrounded by a 40- by 40-foot fence. Hennepin County weather officials developed a statewide manual for counties to activate siren warnings, and the county employs full-time meteorologists and a climatologist. County weather officials also are buying sophisticated software that will allow them to sound a siren for a specific section of a city depending on the threat…”

The Average Hurricane Season is Officially More Intense. A post at Popular Science explains how “average” continues to evolve: “A new decade’s worth of hurricane data is in, and the revised average season is predicted to be longer and have more storms than before. Previously, the National Oceanic and Atmospheric Administration (NOAA) predicted an average of 12 named storms, six hurricanes, and three major hurricanes (those Category 3 and higher). But the new data, which covers from 1991 to 2020, adds two more named storms and one more hurricane to that list. This probably shouldn’t have come as a surprise, given that 2020 had a record-breaking number of storms—we ran out of names for new hurricanes—and was the fifth consecutive year of above-average hurricane seasons. But the update to the predicted averages cements what we already knew: hurricane seasons are getting worse…”

Finland to Send a Wooden Satellite Into Orbit? I did a double-take after seeing a post on Ars Technica: “Late last year, we were extremely skeptical of reports regarding a plan for wooden satellites that seemed confused about what could be gained from using the natural material. But a wooden satellite looks like it might get to orbit later this year, via a project we can fully endorse. It’s a bit of silly advertising by a plywood manufacturer that will ensure that a student project gets sent to space. The project, based in Finland, is called the WISA WOODSAT, and it has taken a bit of an indirect route to orbit. The design is based on a CubeSat format called Kitsat, which is intended for student projects…”

White House Pushing for 80% Clean U.S. Power Grid by 2030. Reuters has details: “The White House hopes to capitalize on growing support from U.S. utilities, unions and green groups for a national clean energy mandate by pushing Congress to pass a law requiring the U.S. grid to get 80% of its power from emissions-free sources by 2030, according to a senior administration official. The goal would fall short of President Joe Biden’s stated ambition of net zero carbon emissions in the grid by 2035, but is an interim milestone that could be passed without Republican support through a process called budget reconciliation. “Our goal is to enact this into law,” deputy White House climate adviser Ali Zaidi told Reuters. “There are multiple pathways to get meaningful progress in the power sector…”

Biden’s Climate Summit Launches the World Into a Climate Sprint. Here’s some perspective from TIME.com: “…Kerry’s visit to China yielded a joint statement saying the two countries are “firmly committed to working together.” When the summit finally rolled around in April, a handful of countries were ready to announce new climate targets. Canada upped its commitment to slash emissions to at least a 40% reduction from 2005 levels by 2030. Japan said it would aim for a 50% cut from 2013 levels by the end of the decade. The most important commitment, of course, came from the U.S.: the Biden Administration said the country would reduce its greenhouse gas emissions by at least 50% by 2030 from 2005 levels, a significant ramp up from the U.S.’s Obama-era plan...”

Joe Biden is Not Coming For Your Poorly-Cooked Hamburger. Oh thank God! No need to guard my back yard grill – that’s a huge relief. Here’s an excerpt from Earther: “Folks, Joe Biden is bringing big government into the kitchen. Your kitchen. Sleepy Joe, he’s coming for your sweet, beautiful meat. Your fridge, it’s going to be full of kale after Biden is done cleaning out your delicious hamburgers and Angus sirloin. Filet mignon? It’s gonna be a thing of the past in Biden’s America. Maybe you get it once a year—if you win the meat lottery. (You probably won’t because you know they rigged it. #StoptheVealSteal) Your grill? Forget about it, unless you want to put some turnips on it...”

Climate Change is a Bigger Challenge for Construction Than Covid-19. Say what? Here’s an excerpt of an Op-Ed at Global Construction Review that caught my eye: “…There will be a great deal of disruption from projects and built environment initiatives that are late, delayed or cancelled entirely as a result of the pandemic, requiring careful dispute resolution that, though precipitated by Covid-19, will be overtaken by issues surrounding a project’s green credentials going forward. In other words, while the pandemic has forced a pause in proceedings for which there will be legal ramifications in the short-term, climate change will be our greatest challenge and have a profound effect on how we build long into the future...”

How the U.S. Might Reach Biden’s Climate Goal. Here’s an excerpt from an analysis at WIRED.com (paywall): “…With the rise of solar and wind power, the US is well on its way to decarbonizing its energy production: Emissions from the sector have dropped 37 percent since 2005, though that’s partly due to the switch from coal to natural gas. But an ancient, fragmented national grid is standing in the way of a truly green energy system. The grid is actually two—the Western Interconnection and the Eastern Interconnection, which meet at the eastern borders of Colorado and Wyoming—plus a smaller independent one in Texas. While these separate networks can share a bit of energy across their borders, they’re not designed to work intimately with each other...”

Planting Crops, and Carbon Too. How do we get the yields we need while reducing carbon released into the atmosphere from farmers’ fields? The Washington Post examines the challenge: “…While his grandfather, who started the family farm along the Chesapeake Bay, always planted in the spring in a clean field, in Hill’s approach to farming, “you never want to see the ground.” As the winter cover crops grow, they will feed microbes and improve the soil’s health, which Hill believes will eventually translate into higher yields of the crops that provide his income: corn, soybean and wheat. But just as importantly, they will pull down carbon dioxide from the atmosphere and store it in the ground. Hill is at the cutting edge of what many hope will provide not just a more nature-friendly way of farming, but a powerful new climate solution…”

A Conservative Case for Smart Climate Action: Let’s Act Now. Here’s an excerpt of an Op-Ed at Chicago’s Daily Herald: “...Conservative principles of transparency and accountability are not in play related to fossil fuel pricing. As such, the competitive playing field is not level for innovation in renewable and low-carbon energy sources. Let’s discuss a solution that meets our conservative criteria. By correcting a well-known market failure (CO2 pollution is “free”), a carbon tax will send a powerful price signal that harnesses the invisible hand of the marketplace to steer economic actors toward a low-carbon future. The conservative solution is as follows: place a small but annually increasing “fee” on fossil fuel companies for the carbon emissions of their products. That fee is then returned to every American household in the form of a monthly “dividend” check. Credible studies show it will dramatically reduce carbon emissions without harming the poor or middle class, job growth or GDP growth…”