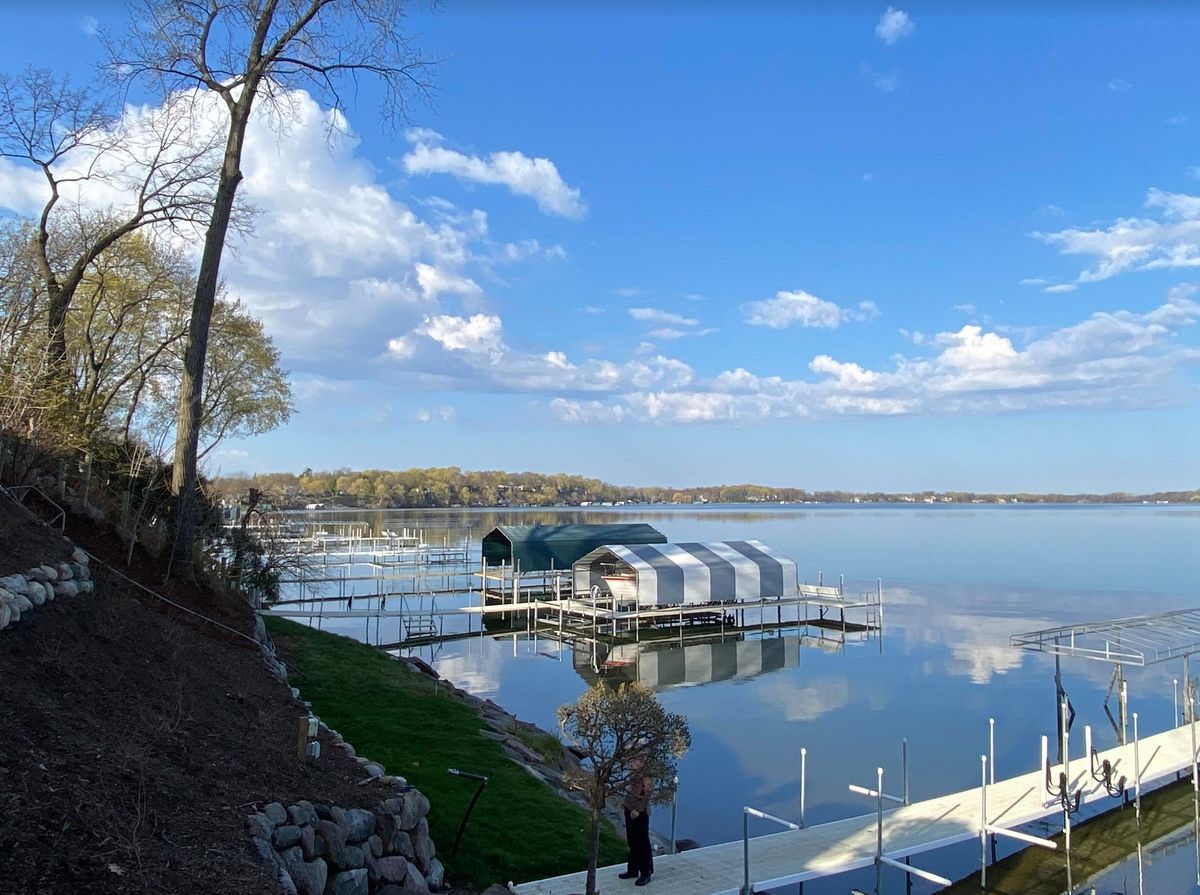 What is a “Mesocyclone”? Lingering Confusion Over “Watches” vs. “Warnings” – Flood Risk Impact on Home Values

Summer Heat Building Gulf Coast. Looking out 2 weeks GFS guidance shows a series of annoyingly persistent cool fronts impacting the northern tier of the USA, while the start of what looks like an early summer heatwave is taking shape over the southern U.S.

What is a Mesocyclone? Not your generic, garden-variety thundershower. Meteorologist Brad Panovich at WCNC.com explains: “…A mesocyclone is not something you hear all the time, but when your local Meteorologist says it, that likely means there is a tornado warning or we have rotating strong thunderstorms. A mesocyclone is a rotating part of a thunderstorm or more technically the storm-scale region of rotation. This area can range up to 2-6 miles but EF4 and EF5 mesocyclones can be 6-10+ miles in diameter. Mesocyclones exist in the strongest and most dangerous thunderstorms called supercells. Supercells last much longer than ‘spin-up tornadoes’ that occur in QLCS events. Supercells produce hail 100% of the time and produce tornadoes roughly 30% of the time. These storms are rotating thunderstorms…”

People of Color Breathe More Hazardous Air. The Sources are Everywhere. The New York Times (paywall) reports: “Over the years, a mountain of evidence has brought to light a stark injustice: Compared with white Americans, people of color in the United States suffer disproportionately from exposure to pollution. Now, a new study on a particularly harmful type of air pollution shows just how broadly those disparities hold true. Black Americans are exposed to more pollution from every type of source, including industry, agriculture, all manner of vehicles, construction, residential sources and even emissions from restaurants. People of color more broadly, including Black and Hispanic people and Asian-Americans, are exposed to more pollution from nearly every source. The findings came as a surprise to the study’s researchers, who had not anticipated that the inequalities spanned so many types of pollution...”

The Norwegian Town That Relies on Giant Mirrors for Winter Sunlight. Pretty cool solution to a vexing challenge, documented at Mental Floss: “…After securing financial support from the town and teaming up with engineer Jonny Nersveen, Andersen made his dream a reality in February 2013. That’s when three 183-square-foot sun mirrors—or solspiels—were placed on a mountain 1475 feet above Rjukan. Controlled by a computer hundreds of miles away in Bavaria, the solar-powered rig slowly turns throughout the day to capture the maximum amount of the sun’s rays. The mirrors are positioned to reflect light into the market square below at 80 to 90 percent the strength of direct sunlight. Since they were installed, the town center has acted as a sunny sanctuary for residents in the dead of winter...”

Biden Highlights Climate Action And JOBS! In First Joint Session Speech: Climate Nexus provides headlines and links: “President Biden touted his administration’s efforts to grow the American economy and create jobs by addressing the climate crisis in his first address to a joint session of Congress Wednesday night. “For too long, we have failed to use the most important word when it comes to meeting the climate crisis,” Biden said. “Jobs. Jobs. Jobs. For me, when I think about climate change, I think jobs.” Biden touted opportunities for engineers and construction workers to increase home and building efficiency, for union electricians to install EV charging stations, and for farmers to pull carbon from the atmosphere. Biden also emphasized opportunities for the manufacturing sector. “There is simply no reason why the blades for wind turbines can’t be built in Pittsburgh instead of Beijing,” he said. “No reason. None.” Biden touted his convening of a climate summit last week to spur global efforts to fight climate change. He also said hurricanes were one of “the root[s] of the problem” pushing Central Americans to flee their home countries, but did not link the worsening hurricanes to climate change.” (Speech Transcript: New York Times $, Washington Post $; Coverage: AP, New York Times $, Washington Post $, Wall Street Journal $, E&E $, E&E $, E&E $)

The Climate Solution Actually Adding Millions of Tons of CO2 Into the Atmosphere. ProPublica has the story – they team with MIT Technology Review to take a deep dive into programs that attempt to reduce CO2 emissions, do they work or is the system being gamed? Here’s an excerpt: “…This design also incentivizes the developers who initiate and lead these projects to specifically look for forest tracts where carbon levels stand out above these averages — either due to the site’s location within a region, its combination of tree species, or both. CarbonPlan estimates the state’s program has generated between 20 million and 39 million credits that don’t achieve real climate benefits. They are, in effect, ghost credits that didn’t preserve additional carbon in forests but did allow polluters to emit far more CO2, equal to the annual emissions of 8.5 million cars at the high end. Those ghost credits represent nearly one in three credits issued through California’s primary forest offset program, highlighting systemic flaws in the rules and suggesting widespread gaming of the market…”

Explainer: Will Global Warming “Stop” As Soon as Net-Zero Emissions are Reached? Carbon Brief helps to set expectations – and what a lovely problem to have, by the way: “Media reports frequently claim that the world is facing “committed warming” in the future as a result of past emissions, meaning higher temperatures are “locked in”, “in the pipeline” or “inevitable”, regardless of the choices society takes today. The best available evidence shows that, on the contrary, warming is likely to more or less stop once carbon dioxide (CO2) emissions reach zero, meaning humans have the power to choose their climate future. When scientists have pointed this out recently, it has been reported as a new scientific finding. However, the scientific community has recognised that zero CO2 emissions likely implied flat future temperatures since at least 2008. The Intergovernmental Panel on Climate Change (IPCC) 2018 special report on 1.5C also included a specific focus on zero-emissions scenarios with similar findings...”

John Kerry Calls on Scientists to Lead Fight Against Climate Change Denial. Note to self: climate scientists have been doing this for over a generation now. Thomson Reuters Foundation reports: “Widespread mistrust of science and disputes over basic facts, tied to growing political polarization and disinformation campaigns, are undermining efforts to tackle climate change globally, U.S. climate envoy John Kerry warned. During a virtual summit organized by the Nobel Foundation and major science academies this week, Kerry said building greater public understanding and agreement on the world’s “existential” challenges was crucial to addressing them. “We have to establish a baseline of truth or we can’t build consensus in a democracy,” he said. “Paid-for denial” about climate change by big polluters and political disregard by some governments of scientific warnings about COVID-19 risks are “costing us enormously”, he added...”

Climate Tipping Points May Have Been Reached Already, Experts Say. CBS News has the story; here’s the intro: “Through decades of research, and now lived experience, it has become clear that the impacts of climate change will have drastic and far-reaching consequences on our planet. And while some of those consequences are predictable — like more extreme weather, sea-level rise and loss of biodiversity — the pace at which these unfold and their eventual severity hinge on what happens with key linchpins in the climate system, called tipping points. A tipping point is a threshold or point of no return in the climate system that once passed can no longer be reversed. Passing a tipping point does not necessarily mean immediate, drastic consequences, but it does mean those consequences become unavoidable, and over time the impacts may be dramatic…”

Glaciers Are Melting More Rapidly, Risking Floods and Droughts. Bloomberg Green has the story: “The world’s glaciers are shrinking at a faster rate than before, with densely-populated parts of Asia at risk of flood and water shortages if the trend continues. That’s the conclusion of a new study by ETH Zurich and University of Toulouse researchers, who found the world’s ice fields lost 298 gigatons of ice per year from 2005 to 2019, a 30% increase in the rate of retreat compared with the previous five years. Glaciers in Alaska, the Alps and Iceland are among those disappearing at the fastest pace. “The situation in the Himalayas is particularly worrying,” said Romain Hugonnet, one of the study’s authors, adding that swathes of India and Bangladesh could face water stress during dry periods when major rivers like the Ganges and Indus are mainly fed by glacial runoff…”

Anne Arundel Follows Annapolis – Sues Oil and Gas Companies Over Climate Change. Expect more cities and states to turn to litigation in the months and years ahead. Here’s an excerpt from Capital Gazette in Annapolis, MD: “Anne Arundel County is following Annapolis by suing more than two dozen oil and gas companies over their role in contributing to climate change. The county Office of Law filed a lawsuit Monday against some of the biggest names in the fossil fuel industry — ExxonMobil, Chevron, BP, Shell and others — to hold them financially responsible for what it calls the “costs and consequences” of climate change and attempts to cover up the truth about its impacts on the environment…”