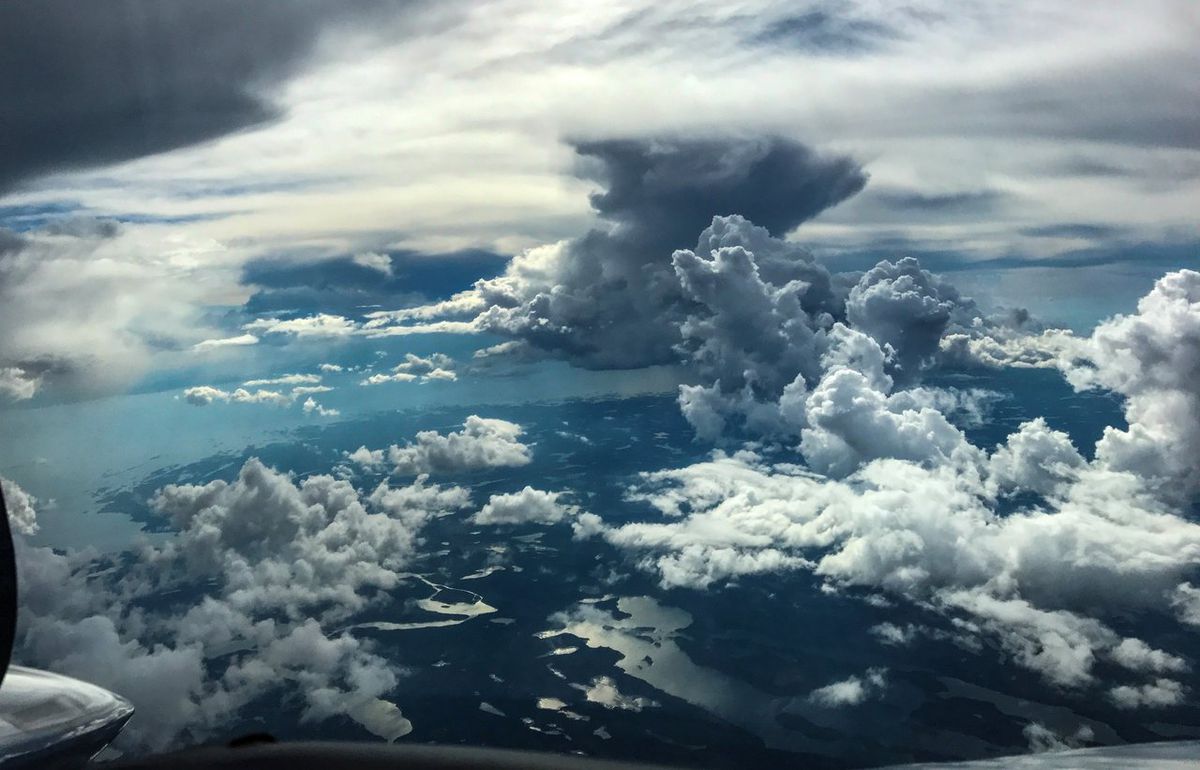 Recap of Last Wednesday’s Freakish Tornado Outbreak Far South Metro. Here’s an update from the Twin Cities National Weather Service: “Several low-topped supercells developed along a warm front across Southern Minnesota Wednesday evening, May 19, 2021. Preliminary reports indicate these storms produced 7 short-lived tornadoes across southern Minnesota. Information on the tornadoes is being gathered, and EF-scale ratings and other statistics will be determined once the information is evaluated. This was a marginal CAPE, marginal wind shear environment with low cloud bases. A strengthening low-level jet led to an increase in low-level wind shear. This was able to produce a few low-topped supercells that were efficient tornado producers.”

NOAA Predicting Warmer Than Average June. At least for northern tier states and much of the western USA. Precipitation over the Upper Midwest is the flip of a coin, with a wet bias east and continued dry bias west of Minnesota.

Summer Heat Expanding Slowly North. Heat arrives not all at once, but in waves, like breakers on the beach. As we sail into the second week of June much of America will be simmering in the 90s or hotter, with more seasonable (reasonable) temperatures over far northern tier states.

A Decade After Deadly Joplin Tornado, Warnings Haven’t Improved. Here’s How to Fix Them. Meteorologist Mike Smith reports for Capital Weather Gang: “Twenty-five years ago this month, the movie “Twister” proclaimed a critical goal for weather science: 15 minutes of lead time for tornado warnings. A decade later, that goal — thanks to the installation of a network of Doppler radars and other advancements — was essentially achieved: From 2005 to 2011, the average tornado-warning lead time was 13.3 minutes. The tornado warning system became one of the great scientific accomplishments of the 20th century. But since then, tornado-warning lead time has regressed, even with improved technology, suggesting that there is a need for an independent review of the National Weather Service’s tornado warning procedures and training...”

How Do Forecasters Make Hurricane Season Predictions? A post at EarthSky has good information about the factors that go into complex, (low-confidence) seasonal hurricane forecasts: “…The seeds of tropical storms are small and hardly menacing weather disturbances. You’ll find them scattered throughout the tropics on any given day. In the Atlantic, some start as clusters of thunderstorms over Africa, or as clouds near the Cape Verde Islands off Africa’s west coast. The vast majority of these seeds do not survive beyond a few days, but some are swept up by the easterly airflow to be planted over the tropical Atlantic Ocean between about 10 to 20 degrees north latitude. This is the field where growth is really fueled by the ocean. From there, developing tropical storms are carried westward and northward by the “steering currents” of the atmosphere – avoiding the equator where the crucial effect of Earth’s rotation is too small for them to develop further…”

Climate Disasters Caused More Displacement Than War in 2020. The Guardian has details: “Intense storms and flooding triggered three times more displacements than violent conflicts did last year, as the number of people internally displaced worldwide hit the highest level on record. There were at least 55 million internally displaced people (IDPs) by the end of last year, according to figures published by the Norwegian Refugee Council’s Internal Displacement Monitoring Centre (IDMC). There were more than twice as many people displaced within their own country as forced out of their country as refugees, the IDMC said. The number is the highest on record, but in line with its steady rise over the past decade...”

Climate Change Creates Demand for Off-The-Grid Homes. CNBC.com explains: “…The growing effects of climate change are no longer seasonal. Increasingly extreme weather from climate change is now a year-round phenomenon. This has homebuilders reconsidering how they design and power new homes, and how to take them off the grid, so they can be more environmentally sustainable, as well as operational when disaster hits. It also has traditional homebuyers thinking more like survivalists. “More severe storms each year are going to further and further indicate the needs for resilient development,” said Ben Keys, associate professor of real estate at the University of Pennsylvania’s Wharton School…”

“War Footing” Needed to Correct Economist’s Climate Change Failings. Here’s a clip from a post at CNBC.com: “Economic forecasts predicting the potential impact of climate change have grossly underestimated the reality and delayed global recovery efforts by decades, according to a leading professor. Mainstream economists “deliberately and completely” ignored scientific data and instead “made up their own numbers” to suit their market models, Steve Keen, a fellow at University College London’s Institute for Strategy, Resilience and Security, told CNBC on Friday. Now, a “war-level footing” is required to have any hope of repairing the damage, he said…”

3M Study: 89% of People Agree That Climate Solutions Should Be Implemented Immediately. Here’s an excerpt from Environment + Energy Leader: “New research from 3M, “The State of Science Index,” exposes a growing concern and a sense of urgency surrounding the health of the planet. According to the survey, a significant majority (89%) of respondents agree that solutions to mitigate climate change need to happen immediately, and 89% confirm their belief that the world should follow science to help create a more sustainable future. Over the last year, climate change has become more of a concern for Gen Z adults (72%) vs. their older counterpart, baby boomers (68%). As a result of the pandemic, Gen Z has become more environmentally conscious (80%) compared to boomers (73%), the report shows...”