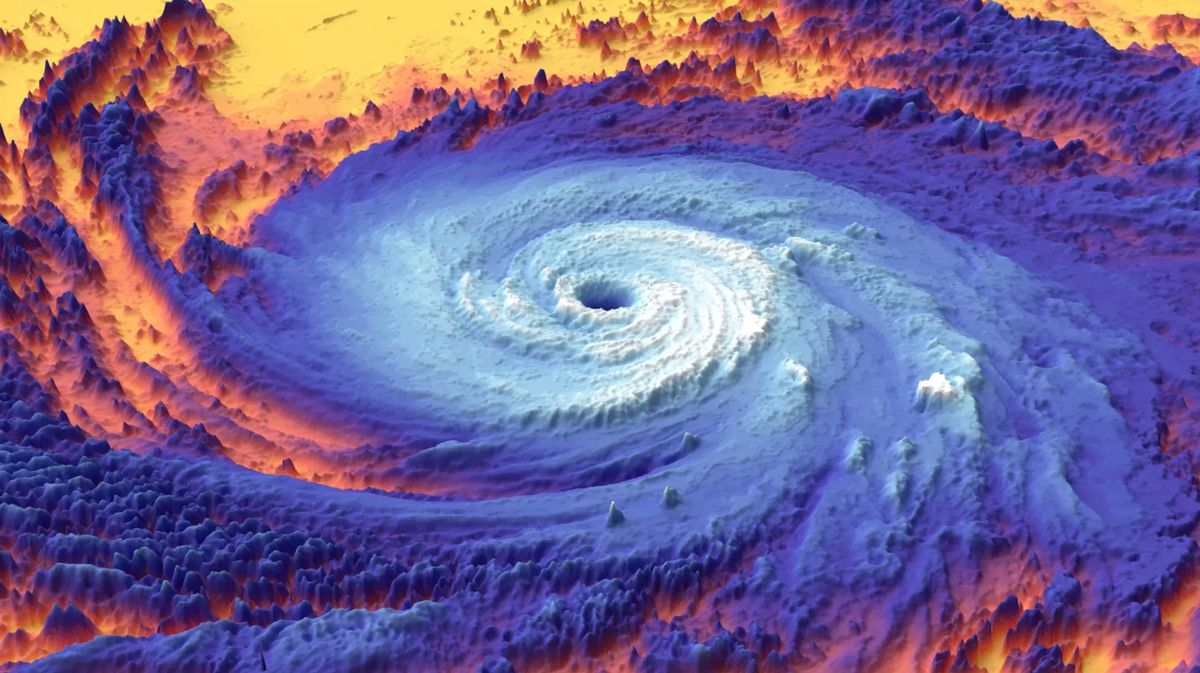 Easing Into Summer. Will NOAA’s climate models nail their prediction of a stinking hot summer? Time will tell, but looking out 2 weeks temperatures across much of the USA are forecast to be well above average.

NOAA Predicting Warmer Than Average June. At least for northern tier states and much of the western USA. Precipitation over the Upper Midwest is the flip of a coin, with a wet bias east and continued dry bias west of Minnesota.

Summer Models Trending Warmer Than Average. With the exception of the GEM-NEMO model all of NOAA’s and NASA’s climate models are signaling a warmer than average summer for most of the USA. Place your bets.

Move Over Death Valley: These are the Two Hottest Spots on Earth. Science AAAS has the eye-watering details: “Death Valley holds the record for the highest air temperature on the planet: On 10 July 1913, temperatures at the aptly named Furnace Creek area in the California desert reached a blistering 56.7°C (134.1°F). Average summer temperatures, meanwhile, often rise above 45°C (113°F). But when it comes to surface temperature, two spots have Death Valley beat. A new analysis of high-resolution satellite data finds the Lut Desert in Iran and the Sonoran Desert along the Mexican-U.S. border have recently reached a sizzling 80.8°C (177.4°F). More than 11,000 World Meteorological Organization manned and automated weather stations measure air temperatures in the shade, in ventilated hutches about 1.5 meters above ground level. But vast swaths of Earth’s surface, especially in remote regions, lack these instruments, leaving them out of the record books...”

It Doesn’t Take a Hurricane to Cause a Flood. No kidding. A post at Insurance Journal has a few eye-popping statistics: “However, as Watje says, whether public or private, only about “15% of properties in the United States actually carry flood insurance. And when we think about 85% of properties across the country do not carry that protection, really you can be aggressive as you want in what you think the market would be in terms of potential for premium dollars.” Meanwhile, research released by the First Street Foundation in February 2021 showed that nearly 4.3 million residential properties in the U.S. are vulnerable to substantial flood risk that would be economically damaging. The average estimated annual loss for each those properties is $4,694 per property, with an estimated cumulative total of $20 billion in annualized damage this year. That total annual loss is expected to grow by 61% over the next 30 years due to the impact of climate change to an estimated total loss of $32.3 billion, according to First Street Foundation….”

A Decade After Deadly Joplin Tornado, Warnings Haven’t Improved. Here’s How to Fix Them. Meteorologist Mike Smith reports for Capital Weather Gang: “Twenty-five years ago this month, the movie “Twister” proclaimed a critical goal for weather science: 15 minutes of lead time for tornado warnings. A decade later, that goal — thanks to the installation of a network of Doppler radars and other advancements — was essentially achieved: From 2005 to 2011, the average tornado-warning lead time was 13.3 minutes. The tornado warning system became one of the great scientific accomplishments of the 20th century. But since then, tornado-warning lead time has regressed, even with improved technology, suggesting that there is a need for an independent review of the National Weather Service’s tornado warning procedures and training...”

How Do Forecasters Make Hurricane Season Predictions? A post at EarthSky has good information about the factors that go into complex, (low-confidence) seasonal hurricane forecasts: “…The seeds of tropical storms are small and hardly menacing weather disturbances. You’ll find them scattered throughout the tropics on any given day. In the Atlantic, some start as clusters of thunderstorms over Africa, or as clouds near the Cape Verde Islands off Africa’s west coast. The vast majority of these seeds do not survive beyond a few days, but some are swept up by the easterly airflow to be planted over the tropical Atlantic Ocean between about 10 to 20 degrees north latitude. This is the field where growth is really fueled by the ocean. From there, developing tropical storms are carried westward and northward by the “steering currents” of the atmosphere – avoiding the equator where the crucial effect of Earth’s rotation is too small for them to develop further…”

Grim Western Fire Season Starts Much Drier Than Record 2020. Associated Press has the story: “As bad as last year’s record-shattering fire season was, the western U.S. starts this year’s in even worse shape. The soil in the West is record dry for this time of year. In much of the region, plants that fuel fires are also the driest scientists have seen. The vegetation is primed to ignite, especially in the Southwest where dead juniper trees are full of flammable needles. “It’s like having gasoline out there,” said Brian Steinhardt, forest fire zone manager for Prescott and Coconino national forests in Arizona. A climate change-fueled megadrought of more than 20 years is making conditions that lead to fire even more dangerous, scientists said. Rainfall in the Rockies and farther west was the second lowest on record in April, according to the National Oceanic and Atmospheric Administration…”

Climate-Fueled Drought Douses American West In ‘Gasoline’ Ahead Of Fire Season: Climate Nexus has more perspective on the upcoming western fire season, along with links and headlines: “At the opening of the 2020 wildfire season, 3% of California was in extreme or exceptional drought and more than 4% burned. This year, more than 73% of the state faces similar drought conditions. In other parts of the Southwest, juniper trees are dying off at increased rates because of the intensification of a climate change-fueled megadrought and turning forests, with trees covered in dead needles, into 30-foot-tall tinder boxes. “It’s like having gasoline out there,” Brian Steinhardt, a national forest fire zone manager in Arizona, told the AP. Soil in the western U.S. is drier than at any time since 1895 (the year Frederick Douglass died and Babe Ruth was born), which means “the dice are loaded toward a lot of forest fire this year,” UCLA climate and fire scientist Park Williams told the AP. New research also shows wildfires are burning at higher elevations as climate change dries out forests previously too wet to support large burns. All this adds up, Steinhardt, a veteran of 32 fire seasons, told the AP, to “probably one of the driest and potentially most challenging situations I’ve been in.” California, on the verge of its first ever official water shortage declaration, is increasing its wildfire prevention spending 16-fold, but states across the West, from Oregon to New Mexico, are staring down the barrel of a brutally dry and dangerous fire season. Water shortages that “just couldn’t be any worse,” according to Klamath Irrigation District president Ty Kliewer, threaten massive die-offs of the salmon central to the diet and culture of the Yurok Tribe. One silver lining for the 2021 fire season is that 2020’s record-shattering burns were fueled by a highly unusual concurrence of record-breaking heatwaves and intense, widespread lightning strikes, UCLA meteorologist Daniel Swain told the AP. But, he added, “I’m really grasping at straws here. All we have going for us is dumb luck.” (Fire season: AP; Higher elevations: The Conversation; California spending: Grist; New Mexico: New Mexico Political Report; Oregon: Utility Dive; Klamath water shortages: AP; Climate Signals background: Drought, Wildfires, 2020 Western wildfire season, Cal. Aug. 2020 heatwave, Cal. Sept. 2020 heatwave)

“Settled Enough”: Climate Science, Skepticism and Prudence. President Obama’s Science Advisory has an Op-Ed at TheHill; here’s an excerpt: “…The body of climate science that has survived this extraordinary vetting has yielded five key conclusions recognized by competent climate scientists around the world as true beyond any reasonable doubt:

Why it matters: Known as the “Earth System Observatory,” the program consists of at least five satellites to be launched through 2029 that will enhance, or in some cases revolutionize, the capabilities of the space agency’s existing fleet of Earth-observing satellites.

Details: In an interview with Axios on Monday, NASA Administrator Bill Nelson said the upcoming satellite constellation will look at everything from aerosols — tiny particles in the atmosphere that are a major source of uncertainty in climate models — to sea level rise…”

Climate Disasters Caused More Displacement Than War in 2020. The Guardian has details: “Intense storms and flooding triggered three times more displacements than violent conflicts did last year, as the number of people internally displaced worldwide hit the highest level on record. There were at least 55 million internally displaced people (IDPs) by the end of last year, according to figures published by the Norwegian Refugee Council’s Internal Displacement Monitoring Centre (IDMC). There were more than twice as many people displaced within their own country as forced out of their country as refugees, the IDMC said. The number is the highest on record, but in line with its steady rise over the past decade...”

Climate Change Creates Demand for Off-The-Grid Homes. CNBC.com explains: “…The growing effects of climate change are no longer seasonal. Increasingly extreme weather from climate change is now a year-round phenomenon. This has homebuilders reconsidering how they design and power new homes, and how to take them off the grid, so they can be more environmentally sustainable, as well as operational when disaster hits. It also has traditional homebuyers thinking more like survivalists. “More severe storms each year are going to further and further indicate the needs for resilient development,” said Ben Keys, associate professor of real estate at the University of Pennsylvania’s Wharton School…”

“War Footing” Needed to Correct Economist’s Climate Change Failings. Here’s a clip from a post at CNBC.com: “Economic forecasts predicting the potential impact of climate change have grossly underestimated the reality and delayed global recovery efforts by decades, according to a leading professor. Mainstream economists “deliberately and completely” ignored scientific data and instead “made up their own numbers” to suit their market models, Steve Keen, a fellow at University College London’s Institute for Strategy, Resilience and Security, told CNBC on Friday. Now, a “war-level footing” is required to have any hope of repairing the damage, he said…”

3M Study: 89% of People Agree That Climate Solutions Should Be Implemented Immediately. Here’s an excerpt from Environment + Energy Leader: “New research from 3M, “The State of Science Index,” exposes a growing concern and a sense of urgency surrounding the health of the planet. According to the survey, a significant majority (89%) of respondents agree that solutions to mitigate climate change need to happen immediately, and 89% confirm their belief that the world should follow science to help create a more sustainable future. Over the last year, climate change has become more of a concern for Gen Z adults (72%) vs. their older counterpart, baby boomers (68%). As a result of the pandemic, Gen Z has become more environmentally conscious (80%) compared to boomers (73%), the report shows...”