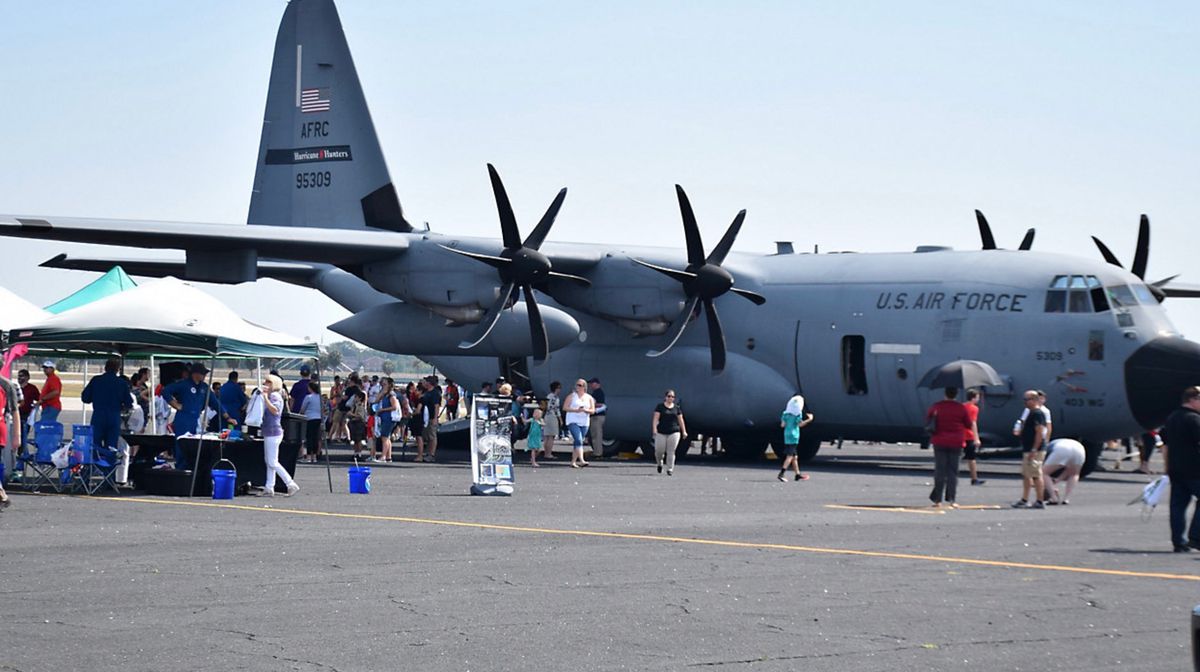 Hurricane Preparedness 101 – Using Drones and Electricity to Make it Rain?

Toasty. Long-range (GFS) guidance for the evening of June 10, low-confidence guidance, suggests sizzling heat for much of the nation, but a developing Omega Block may keep the Pacific Northwest and New England cool and showery.

Hurricane 2021: Medical Advice for the Storm, Evacuation and Pandemic. Here is an excerpt of useful advice for people living in Hurricane Alley, courtesy of Tampa Bay Times: “…Evacuation is the pinnacle of hurricane preparedness. Ask yourself the important questions such as: where are you going to go and how are you going to get there? Having options is important in case something falls through. The best option is arranging to stay with family or friends. If possible, avoid public shelters where large crowds may gather seeking safety. Be mindful that we are still in the midst of a pandemic and must remain safe from both hurricanes and COVID-19. This year, it is more important than ever to plan. Stay with people you know or have been around. Try to stay with people in your cohort who have been fully vaccinated…”

Atlantic Hurricane Season Starts Soon – Here is What Forecasters are Looking For. Here’s a clip from a long post at World Economic Forum: “…As summer in the Northern Hemisphere approaches, forecasters begin watching every bout of rainy weather between the Gulf of Mexico and Africa. Each counterclockwise swirl of wind or burst of puffy clouds there has the potential to organize into a life-threatening tropical storm. About half of the tropical storms that formed over the past two decades grew into hurricanes, and about half of those became the monsters of coastal destruction we call major hurricanes. We’re now accustomed to seeing about 16 tropical storms per year, though that number can vary quite a bit year to year. What are the warning signs that we might be in for another record hurricane season like 2020, when 30 tropical storms formed, or a quieter one like 2014, with just eight?…”

Hurricane Season Could Cause More Shortages and Disruptions in the Nation’s Supply Lines. The Weather Channel wonders what could possibly go wrong later this year: “An above-average hurricane season this year could again strain U.S. supply chains that have been stretched to the breaking point already by COVID-19 and a major winter storm in Texas. From lumber and plastic pipes for building new houses to computer chips for cars and smartphones to toilet paper for, well, you know, we’ve already seen in the past year and a half how a pandemic and freezing weather in February can cause major shortages and disruptions in supply lines. More recently, a cyberattack on an oil and gas pipeline led to panic-buying that left many gas stations with empty tanks…”

Scientists are Zapping Clouds with Electricity to Make it Rain. CNN explains: “With a harsh, desert climate and an average rainfall of just four inches (10 cm) a year, the United Arab Emirates (UAE) needs more freshwater. In search of a solution, it has been funding science projects from around the world to try to make it rain. One of these projects involves using catapults to launch small unmanned aircraft which zap clouds with an electric charge. A team of scientists from the University of Reading, in the UK, initially proposed the idea in 2017. Now, the custom-built drones will soon begin tests near Dubai. The idea is that charging droplets in clouds will make them more likely to fall as rain…”

GPS Satellites Can Provide Faster Alerts When Big Earthquakes Strike, Scientists Say. Here’s the intro to an interesting post at Space.com: “A global GPS-based earthquake monitoring system can provide timelier and more accurate warnings than traditional seismic networks when powerful earthquakes strike, a new study suggests. It could also reduce frequency of false alerts. In the new study, published this month in the Bulletin of Seismological Society of America, a team of researchers detailed new progress in the development of a global earthquake warning system that measures the displacement of Global Positioning System (GPS) satellite receiver stations when an earthquake deforms the Earth’s crust. The system assesses the magnitude of an earthquake within seconds and issues alerts in under two minutes from the first detection of the ground movement…”

Forecast: 40% Chance Earth to be Hotter Than Paris Goal Soon. Associated Press has details: “There’s a 40% chance that the world will get so hot in the next five years that it will temporarily push past the temperature limit the Paris climate agreement is trying to prevent, meteorologists said. A new World Meteorological Organization forecast for the next several years also predicts a 90% chance that the world will set yet another record for the hottest year by the end of 2025 and that the Atlantic will continue to brew more potentially dangerous hurricanes than it used to. For this year, the meteorologists say large parts of land in the Northern Hemisphere will be 1.4 degrees (0.8 degrees Celsius) warmer than recent decades and that the U.S. Southwest’s drought will continue...”

Court Orders Shell to Slash CO2 Emissions in Landmark Climate Ruling. CNN Business has specifics: “A Dutch court has ruled that Royal Dutch Shell must dramatically reduce its carbon emissions in a landmark climate decision that could have far reaching consequences for oil companies. The company must slash its CO2 emissions by 45% by 2030 from 2019 levels, according to a judgment from a district court in The Hague on Wednesday. That includes emissions from its own operations and from the energy products it sells. This is the first time that a court has ruled a company needs to reduce its emissions in line with global climate goals, according to Friends of the Earth Netherlands, an environmental campaigning group that brought the case against Shell (RDSA). The verdict could pave the way for similar cases to be brought in other countries, forcing oil companies to reduce fossil fuel production...”

Little Engine No.1 That Could Hands Exxon Stunning Defeat: Climate Nexus has headlines and links: “ExxonMobil shareholders elected at least two new board members with climate and clean energy expertise, nominated by activist hedge fund Engine No. 1 and opposed by the company’s management. BlackRock, the world’s largest asset manager, supported three of the four nominees put forward by Engine No. 1, joining other institutional investors including multiple state pension funds to send a clear signal to the company’s notoriously climate-unfriendlymanagement. Even with two of the board’s 12 seats still undetermined, as of Thursday morning, this is a stunning rebuke of Exxon leadership, who have rejected calls to take climate change more seriously.” (New York Times $, Washington Post $, AP, Earther, E&E $, The Hill, CNBC, Bloomberg $, Reuters, The Guardian, FT $, InsideClimate News, Axios; Vote tallies: Bloomberg $)

Tropical Storms Spinning Up Earlier. Will NOAA NHC move up the official start of hurricane season to May 15, due to warming oceans and a trend toward earlier spin-ups? Here’s an excerpt from Climate Central: “The Atlantic hurricane season officially begins next week, running from June through November. While experts with the World Meteorological Organization (WMO) and the National Hurricane Center are considering advancing the start date of hurricane season to May 15th, it’s not yet clear that climate change is causing tropical systems to occur earlier. So what do we know about how climate change influences hurricanes? We know that warming sea surface temperatures due to climate change add fuel to hurricanes, making for stronger hurricanes that can strengthen much more quickly (rapid intensification)…”

Hot Summer Days are Even Hotter for Many Americans of Color. The Verge reports: “In cities across the US, people of color are enduring hotter summer temperatures than their white counterparts, new research shows. It’s another sign that the consequences of rising temperatures will hit vulnerable communities harder than others. A person of color, on average, lives in a census tract that’s more than a full degree Celsius (nearly 2 degrees Fahrenheit) hotter in the summer than their non-Hispanic white counterparts, according to a study published today in the journal Nature Communications. That included anyone who did not identify as “white alone,” plus anyone who identifies as Hispanic. The difference in temperature was slightly larger still for Black residents…”

Climate Changemakers Fighting for Environmental Justice: “This is What Transformation is About”. Here is an excerpt from an analysis at CBS News: “…Woodberry is both a preacher and champion of environmental justice. He believes, as sons and daughters of God, it is our job to care for the earth — a concept called “creation care.” Care for nature and the underserved in his community are a core part of his teachings to parishioners at his Kingdom Living Temple in Florence. When he is not preaching, Woodberry spends a lot of time working on environmental justice solutions, especially polluted water.From 2015 to 2018 his area was hit by three massive floods — two of them were from hurricanes Matthew and Florence — each considered to be the type of flood that statistically the area would expect to see only once every century or so. Woodberry says flooding from storms or sea level rise is becoming more common in the area because of human-caused climate change...”

From Suicide to “Eco-Anxiety”, Climate Change Spurs Mental Health Crisis. Here’s the intro to a story at Thomson Reuters Foundation: “Intensifying climate change impacts, from fiercer heatwaves to more flooded homes, are driving a growing mental health crisis around the world whose costs are so far underestimated and poorly understood, researchers said on Wednesday. From more heat-linked suicides in Mexico and the United States to rising “eco-anxiety” among young people worried about their future, large numbers are being affected, said Emma Lawrance, a mental health specialist with the Institute of Global Health Innovation at Imperial College London. The effects of planetary heating are hitting the poorest and most vulnerable particularly hard, and could widen existing inequities, warned Lawrance, lead author of a new briefing published by the British university…”

U.S. Identifies Areas for Offshore Wind Energy Projects Near California. Reuters reports: “The Biden administration will seek to approve more than a dozen offshore wind projects in the next four years and open the Pacific Ocean off California to such development as it seeks to bolster the nascent U.S. industry, officials said on Tuesday. The effort is part of the administration’s broader plan to fight climate change by decarbonizing the U.S. power sector by 2035 and the entire economy by 2050. Amanda Lefton, director of the Interior Department’s Bureau of Ocean Energy Management, told the Reuters U.S. Offshore Wind conference that the agency would complete the review of at least 16 new offshore wind project plans by 2025…”