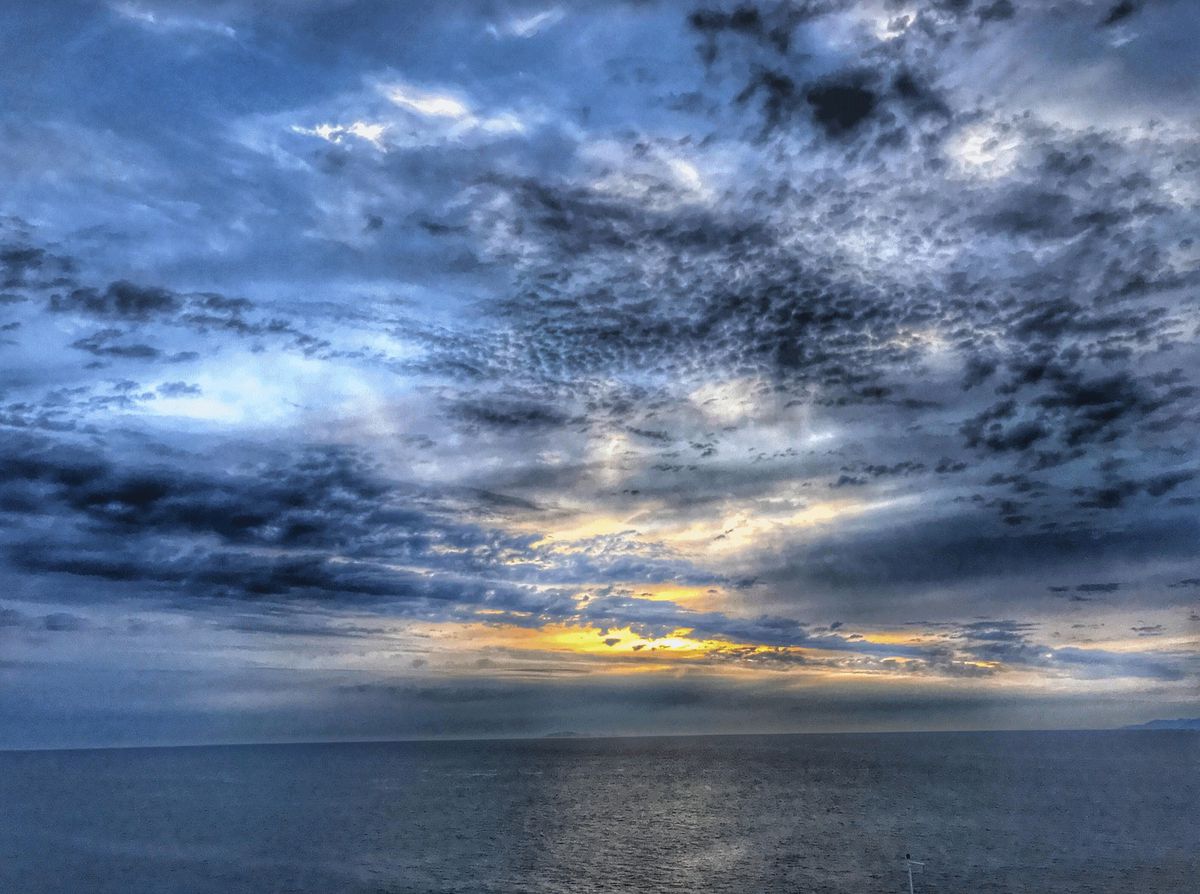 The First Heat Wave of Summer is Here

Men will sweat. Women will glow. Dogs will pant. Cats won’t care. An antiperspirant airmass pushes into Minnesota on a gusty, blast-furnace breeze, pushing the mercury into the mid to upper 90s the next few days. That’s 120-140 degrees warmer than it was just 4 months ago, during The February of Our Discontent.

All-time temperature records will be set. Today’s record at MSP is 96F (possible) but tomorrow’s record high on 92 will be broken by lunchtime. I would not be surprised to see 100-degree heat north and west of the Twin Cities; the best chance coming over the Red River Valley.

Some like it hot, and if you savor a perpetual sauna you’ll be happy into most of next week. I don’t see any real relief looking out 7-9 days. Highs next week flirt with 90F, a few garden- variety thundershowers bubbling each day to break up the muggy monotony.

Keep an eye on pets and livestock, and be extra-aware of little ones in car seats. To quote NOAA: “Look before you lock”.

Take it easy out there. Keep your cool!

2021 Atlantic Hurricane Season. Dr. Ryan Maue has thoughts in a post at Substack Weather and Climate: “…Over the past 50-years, the Atlantic basin has transitioned from an inactive-era to an active-era exactly in 1995. Indeed, the mean ACE between the two periods has doubled from 68 to 135. There are various theories for the change in Atlantic hurricane activity including the Atlantic Multidecadal Oscillation (AMO) and the reduction of aerosols against the backdrop of anthropogenic global warming. When will the AMO cycle soon shift back to a colder-state with inactive hurricane activity? I’d lean toward 2030…”

Why Electric Cars Will Take Over Sooner Than You Think. Wishful thinking or technological inevitability? People change habits when they can get more performance for less cost. History suggests we are very (very) close to that inflection point. Here’s an excerpt from BBC News: “…We’re on the verge of a tipping point, says Ramez Naam, the co-chair for energy and environment at the Singularity University in California. He believes as soon as electric vehicles become cost-competitive with fossil fuel vehicles, the game will be up. That’s certainly what Tesla’s self-styled techno-king, Elon Musk, believes. Last month he was telling investors that the Model 3 has become the best-selling premium sedan in the world, and predicting that the newer, cheaper Model Y would become the best-selling car of any kind. “We’ve seen a real shift in customer perception of electric vehicles, and our demand is the best we’ve ever seen,” Mr Musk told the meeting. There is work to be done before electric vehicles drive their petrol and diesel rivals off the road. Most importantly, everyone needs to be able charge their cars easily and cheaply whether or not they have a driveway at their home…”

A Critical Weather Forecast That Helped to Defeat Nazi Germany. We are coming up on the anniversary of D-Day and a story at History.com serves as a reminder that weather forecasts can be mission critical; here’s an excerpt: “…The Luftwaffe’s chief meteorologist, however, went further in reporting that rough seas and gale-force winds were unlikely to weaken until mid-June. Armed with that forecast, Nazi commanders thought it impossible that an Allied invasion was imminent, and many left their coastal defenses to participate in nearby war games. German Field Marshal Erwin Rommel even returned home to personally present a pair of Parisian shoes to his wife as a birthday present. German Luftwaffe meteorologists, however, relied on less sophisticated data and models than their Allied counterparts, says John Ross, author of “The Forecast for D-Day: And the Weatherman behind Ike’s Greatest Gamble.” “The Allies had a much more robust network of weather stations in Canada, Greenland and Iceland; of weather ships and weather flights over the North Atlantic and observations by secret agreement from weather stations in the neutral Republic of Ireland,” he says…”

Combating Climate Change Factors Into Defense Budget Request. Here’s the intro to a post by the U.S. Department of Defense: “Secretary of Defense Lloyd J. Austin III has said there is little that the department does that isn’t impacted by climate change. The President’s Fiscal 2022 Defense Budget Request reflects that reality. Droughts, wildfires, sea level rise, increasing numbers of destructive storms and more are concerns for DOD. “If you think about what generates missions, we know that extreme weather events … are affecting conditions on the ground in lots of places around the world,” Joe Bryan, DOD’s senior climate advisor, said. The Defense Department must take climate change under consideration in forming strategy, conducting operations and buying equipment and capabilities. In one of his first executive orders, President Joe Biden said climate change will be a fundamental part of national security planning…”

Lakes Are Losing Oxygen: Climate Nexus has headlines and links: “Climate change is contributing to falling oxygen levels in lakes across the world, according to a study published in the journal Nature yesterday. Previous studies have shown falling oxygen levels in individual lakes, but this study is the first to look at so many lakes globally, as researchers gathered data from nearly 400 lakes in the United States, Canada, Europe, Asia and South America. The study found that in the past 40 years, oxygen levels have fallen nearly 19% in deep waters and 5% in surface waters, which is up to nine times faster than the oxygen loss in oceans. Low oxygen levels in lakes can suffocate wildlife and threaten drinking water quality. In some lakes, oxygen levels increased at the surface, likely because warmer temperatures can drive algal blooms, which temporarily release oxygen. This oxygen increase does not benefit deep waters, though, and algal blooms can release toxic chemicals and produce methane, further contributing to climate change. “This study proves that the problem is even more severe in fresh waters [than in oceans], threatening our drinking water supplies and the delicate balance that enables complex freshwater ecosystems to thrive,” said Curt Breneman, dean of science at the Rensselaer Polytechnic Institute, which led the study.” (The Guardian, Associated Press, E&E $, Sydney Morning Herald, Minnesota Public Radio, Axios)

A 20-Foot Sea Wall? Miami Faces the Hard Choices of Climate Change. Here’s one wall that may, in fact, actually get built. Yahoo News reports; here’s an excerpt: “…Build a wall, the U.S. Army Corps of Engineers proposed in its first draft of the study, now under review. Six miles of it, in fact, mostly inland, running parallel to the coast through neighborhoods — except for a 1-mile stretch right on Biscayne Bay, past the gleaming sky-rises of Brickell, the city’s financial district. The dramatic, $6 billion proposal remains tentative and at least five years off. But the startling suggestion of a massive sea wall up to 20 feet high cutting across beautiful Biscayne Bay was enough to jolt some Miamians to attention. The hard choices that will be necessary to deal with the city’s many environmental challenges are here, and few people want to face them...”

Biden’s Only Climate Plan is in Jeopardy. Grist explains: “When President Joe Biden unveiled his $2.25 trillion “American Jobs Plan” in early April, many climate activists breathed a (small) sigh of relief. Although the plan was smaller than the $10 trillion progressive Democrats had proposed spending on revamping the country’s infrastructure, it was, in many ways, a Green New Deal in miniature. It included huge spending on clean energy, a civilian jobs program known as the “climate corps,” and a push to get electric cars on the road all across America. It was without question Biden’s primary plan to cut carbon emissions. The only one. The big one. Now, however, there is rising concern that the “big one” may not be so big after all. Key features of the bill — like a requirement to produce electricity from clean sources, or hundreds of billions of dollars in support for electric vehicles — are in contention as Republicans and Democrats tussle over the price tag…”

Summer Temperature Trends. Since 1970 slight cooling has been observed over the Dakotas during the summer season, while most of the USA has warmed up significantly, especially nighttime temperatures. Here’s a good overview from Climate Central: “A Climate Central analysis evaluated 51 years of summer temperature data in 246 U.S. locations. Results show an overall warming trend for the summer season, with:

Summer Nights Warming Faster. Data crunched by Climate Central shows a 4.3F rise in nighttime temperatures since 1970. More moisture in the atmosphere (higher dew point temperatures) prevents temperatures from falling as much as they would in a drier atmosphere. Humidity levels are trending upward during summer months, more 70-degree dew point days, and nights are consistently warmer and more uncomfortable.

Biden Suspends ANWR Leases: Climate Nexus has headlines and links: “The Biden administration suspended oil drilling leases in ANWR. The formal order from DOI Secretary Deb Haaland, if unsurprising, starts what will likely be a lengthy process to undo one of the Trump administration’s biggest (anti-)environmental actions. The sale of ANWR leases, described as “absolutely bonkers” by climate advocates at the time it was announced last year, culminated in a hurried and ultimately underwhelming lease sale just days before Trump left office. Those existing ANWR leases could be canceled if the administration determines they were granted illegally by the Trump administration; the Biden administration has defended the legal process by which the Trump administration issues leases elsewhere. Last month, the notoriously pro-oil IEA said all new exploration for oil and gas must end immediately if the world is to limit global warming and avoid the worst and most destructive impacts of climate change.” (Washington Post $, New York Times $, Axios, AP, Alaska Public Media, Anchorage Daily News, BBC, Reuters, NPR, Rolling Stone, UPI, Wall Street Journal $, Al Jazeera, The Verge, NBC, Politico, CNN)

With Trump Gone, Old Fault Lines in the Climate Movement Reopen, Complicating Biden’s Path Forward. Inside Climate News has the inside story; here’s the intro: “As President Joe Biden works to enact his plan for cutting greenhouse gases, a long dormant rift among climate action activists is surfacing. On one side are those who believe that renewable energy—especially solar, wind, and hydroelectricity—will be sufficient to fuel the economy and get the world to zero emissions. On the other side are those who, like the Biden administration, think fossil fuels are likely to have a role in the nation’s energy future, making it important to invest in technology to capture carbon emissions. This dispute was largely buried in recent years, as progressives and moderates bonded together to oppose President Donald Trump’s wholesale unraveling of environmental protections. But now it threatens to complicate the already difficult job that Biden faces in getting his $2 trillion American Jobs Plan through Congress…”