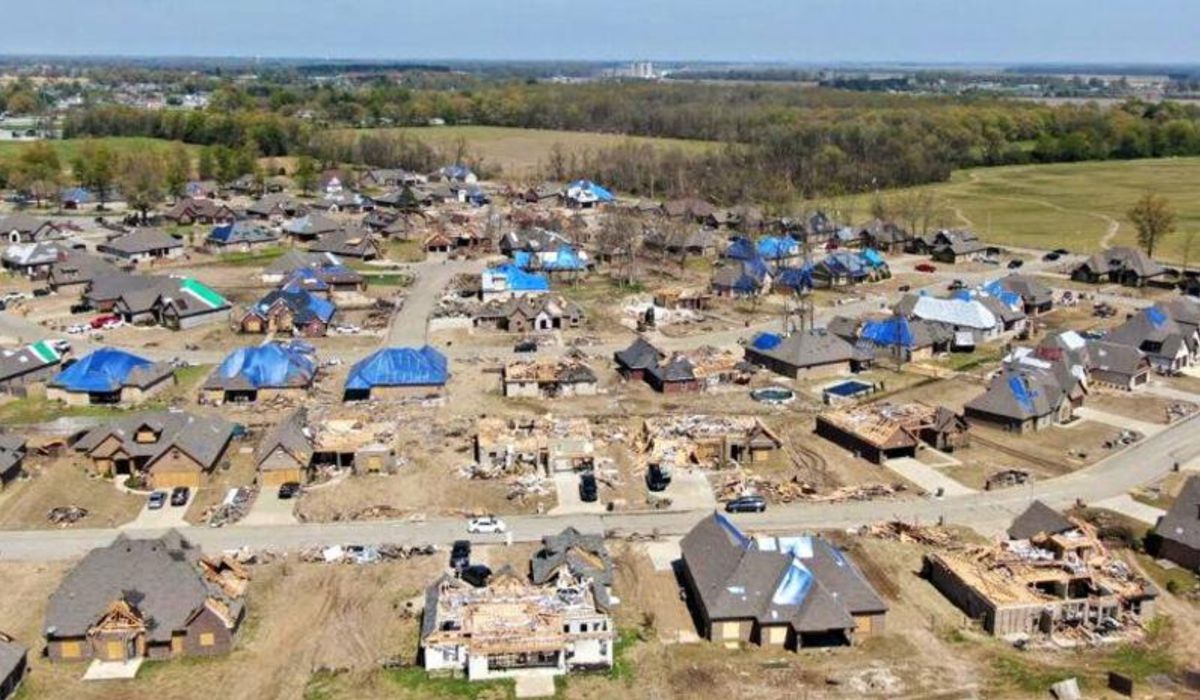 Welcome to the Dog Days of June

”It’s so hot your clothes iron themselves.” “Wait, it’s so hot they installed a fan in the debt ceiling!” True story.

From a Polar Vortex in February to the Vegas Vortex in June, all signs point to an unusually hot and dry summer. This is just the first wave.

For the record, June brings an average of 3 days of 90s. We’re about to experience 9 days of 90s in a row, for the first time in 5 years. If anyone asks, July is still the hottest month of the year. This is just an overheated Mother Nature’s first shot across the bow.

Low to mid 90s linger into Friday, when an eastbound front may stir up a few showers and T-storms. Rainfall will be spotty and generally light – not the statewide soaking we need right now. Some of the drought afflicting the western U.S. and Dakotas may spill into Minnesota as the summer goes on. Everything points to hot/dry vs. cool/wet and drought indicators are flashing yellow.

A few towns in western Minnesota will enjoy 100F this week, 130 degrees warmer than 4 months ago.

Consecutive 90s at MSP. There is a good chance every day through Friday will see daytime highs of 90F or higher in the Twin Cities. If we go through Friday that’s 9 consecutive days in a row of 90+, which would tie for the 3rd longest stretch of 90s in modern-day records (since 1872). If we see 90F every day through next Monday (a possibility) that would be 12 consecutive days of 90s, which would make this the second longest streak of 90s, breaking the old record set in 1948. Small odds of that happening, but not zero.

Early Season Heat Waves. The Minnesota DNR and State Climate Office has more perspective on 90s in early June: “Heat extremes often punctuate Minnesota’s summers, and are most common from the end of June through the end of August. July is by far the state’s hottest month, boasting virtually all of our statewide and station-specific heat records, and historically accounts for 40% of all 90-degree F days. Heat waves that occur during or before the first half of June are less common, and often of a different nature than many (though not all) mid-summer heat waves. A typical July or early-August heat episode may be oppressively humid, whereas late-spring episodes tend to be somewhat “dry”…”

Hot Models. Every one of the climate models updated continuously shows a hot bias for much of the USA into August, a consistent signal that seems to confirm what many of us feel in our gut: this is probably going to be an unusually hot summer.

Hurricane Season is Forecast to be Above Average. So are the Hurricane Forecasts. NHC continues to improve, especially with hurricane track predictions. Forecasting intensity is a trickier beast, according to a good analysis as CNN.com: “…Forecasting a storm’s intensity is a “second-order problem,” Cangialosi pointed out. That means it depends upon the track. “If you get the track wrong, you can get the intensity wrong simply because you thought the storm was going to be in a different place and in a different environment,” he said. Additionally, knowing the intensity depends on the wind, moisture and temperature patterns over the core and the storm’s environment. It also depends on internal processes, such as the strengthening that occurs when the eye of the storm reforms suddenly. That action can’t be forecast with much accuracy. Yet, something interesting has happened in recent years. The average three-day intensity error from 1970 to 2009 was about 20 knots (23 mph). Since 2010, that too has been nearly cut in half...”

Tornadoes Caused No Deaths in U.S. in May – For the First Time in 7 Years. A debilitating drought emerging over the Great Plains may be one big reason. The Weather Channel explains: “May, typically the busiest month for tornadoes in the continental United States, saw a slightly above average number of twisters this year. But for the first time in seven years, none of those tornadoes caused a single death, according to NOAA’s Storm Prediction Center. Most of the deaths during severe weather last month were attributed to falling trees caused by strong winds or to flooding. Based on preliminary reports, 289 tornadoes were reported last month, according to Matthew Elliott, the Storm Prediction Center’s warning coordination meteorologist. For the past 21 years, May has averaged 283 tornadoes, he said…”

Arkansas May Be Part of New “Tornado Alley”. There may be a meteorological reason for the apparent eastward shift. Here’s an excerpt from a post a magnoliareporter.com: “…But some scientists have noticed a recent eastern shift in that pattern, possibly placing parts of Arkansas in the bull’s eye of more destructive storms, along with Alabama, Mississippi and western Tennessee. While tornadoes are still abundant on the Plains, meteorologists have recorded an increase in the number and intensity of twisters in an area some refer to as “Dixie Alley.” Victor Gensini, a professor of meteorology at Northern Illinois University, authored a paper about the shift in 2018. Since then, he said, the trend is continuing. He credits increased drought conditions in the western U.S., which push the “dry line,” a boundary that separates moist and dry air masses and is a factor in creating severe weather. “The southern Great Plains are drying out,” Gensini said. “Elevated air is moving the dry line. The drought is pushing everything to the east…”

“Bugnado”. Okay, not as stupidly-terrifying as a sharknado, but scary enough. A ticnado would be even worse, for the record. Here’s an excerpt of a post (and video) at Narcity: “If you thought running into a swarm of insects was bad, you’ve probably never come face to face with a bug tornado. This month, The Weather Network captured footage of a vortex of pesky insects swarming parts of Ontario. In a video shared from Mississauga on May 12, hundreds of gnats can be seen spiralling in what appears to be a tornado-like fashion. A similar incident was captured at Point Pelee National Park on May 15. According to the Farmers’ Almanac, a “bugnado” is “simply a swarm of insects in the middle of a mating duel, where the male insect attempts to swoon the female…”

Earth’s Carbon Dioxide Levels Hit 4.5 Million Year High. Well that can’t be good. Axios has the details you should probably know: “The amount of carbon dioxide in the Earth’s atmosphere has reached its annual peak, climbing to 419 parts per million (ppm) in May, according to scientists from Scripps Institution of Oceanography and the National Oceanic and Atmospheric Administration (NOAA). Why it matters: It’s the highest CO2 reading since reliable instrument data began 63 years ago, but evidence shows it’s also a peak since well before the start of human history. The rate of increase showed “no discernible impact” from the pandemic-induced economic slowdown, the scientists found...”

Despite Pandemic, Level of Carbon Dioxide in the Atmosphere Hits Record Levels. The Washington Post (paywall) has more perspective on CO2 levels: “Economies worldwide nearly ground to a halt over the 15 months of the coronavirus pandemic, leading to a startling drop in global greenhouse gas emissions. But that did little to slow the steady accumulation of carbon dioxide in the atmosphere, which reached the highest levels since accurate measurements began 63 years ago, scientists said Monday. “Fossil fuel burning is really at the heart of this. If we don’t tackle fossil fuel burning, the problem is not going to go away,” Ralph Keeling, a geochemist at the Scripps Institution of Oceanography, said in an interview, adding that the world ultimately will have to make emissions cuts that are “much larger and sustained” than anything that happened during the pandemic…”

Arctic Sea Ice Thinning Twice as Fast as Thought, Study Finds. The Guardian has details: “Sea ice across much of the Arctic is thinning twice as fast as previously thought, researchers have found. Arctic ice is melting as the climate crisis drives up temperatures, resulting in a vicious circle in which more dark water is exposed to the sun’s heat, leading to even more heating of the planet. The faster ice loss means the shorter north-eastern shipping passage from China to Europe will become easier to navigate, but it also means new oil and gas extraction is more feasible. Calculating the thickness of sea ice from satellite radar data is difficult because the amount of snow cover on top varies significantly...”

Sir David Attenborough to 60 Minutes on Climate Change: “A Crime Has Been Committed”. Are well complicit, since we’ve all used fossil fuels and plastics derived fossil fuels? The companies that ran disinformation campaigns may have the most to answer for. Here’s an excerpt from 60 Minutes: “…Until recently, Attenborough’s films shied away from making sweeping declarations about the planet’s changing climate. That stance has changed. Attenborough said his film, “A Life on Our Planet” is his “witness statement,” and on 60 Minutes told correspondent Anderson Cooper “a crime has been committed” against the planet. “We’re both in broadcasting, if you’re going be telling something as though it’s true, you better be sure it’s true,” Attenborough said to Cooper. “So I didn’t say anything much about the world being in ecological peril until I was absolutely sure that what I was talking about was correct...”

Women Hurt More By Climate Causes, Impacts: Climate Nexus has headlines and links: “New reporting highlights the disproportionate burden, caused at both ends of the climate change cycle, borne by women. In Minnesota, where Enbridge is seeking to build its controversial Line 3 tar sands oil pipeline, warnings from Indigenous groups over the link between the influx of extractive industry workers and sexual violence are coming to fruition, the Guardian reports. Crisis centers in the area are seeing the results, with one center saying it has received more than 40 reports from women and girls in northwestern Minnesota of harassment and assault from Line 3 workers. At least two Line 3 workers, both from out-of-state, have been charged with sex trafficking crimes. The impacts of climate change also disproportionately burden women, 19th* News reports. Women have a lower life expectancy than men after natural disasters and experts are calling for the Biden administration to focus its gear aid toward women because they are more at risk for violence, PTSD, anxiety, and other acute distress disorders after extreme weather disasters. With 70% of American women serving as family or informal caregivers, incorporating caregiving and childcare into disaster response is also critical. “The federal government could learn to listen to what is needed at the community level,” Dr. Alessandra Jerolleman, associate professor of emergency management at Jacksonville State University, told 19th* News. “There’s often a really strong focus on efficiency when federal dollars are being spent, and inefficiency tends to equal speed. And so it’s often much easier to render assistance to certain groups than it is to others. Unfortunately, how that seems to often play out is that upper middle class and higher get assistance a little more readily and other folks whose situations are more complicated get left out.” (Line 3: The Guardian; Disaster relief: 19th* News)