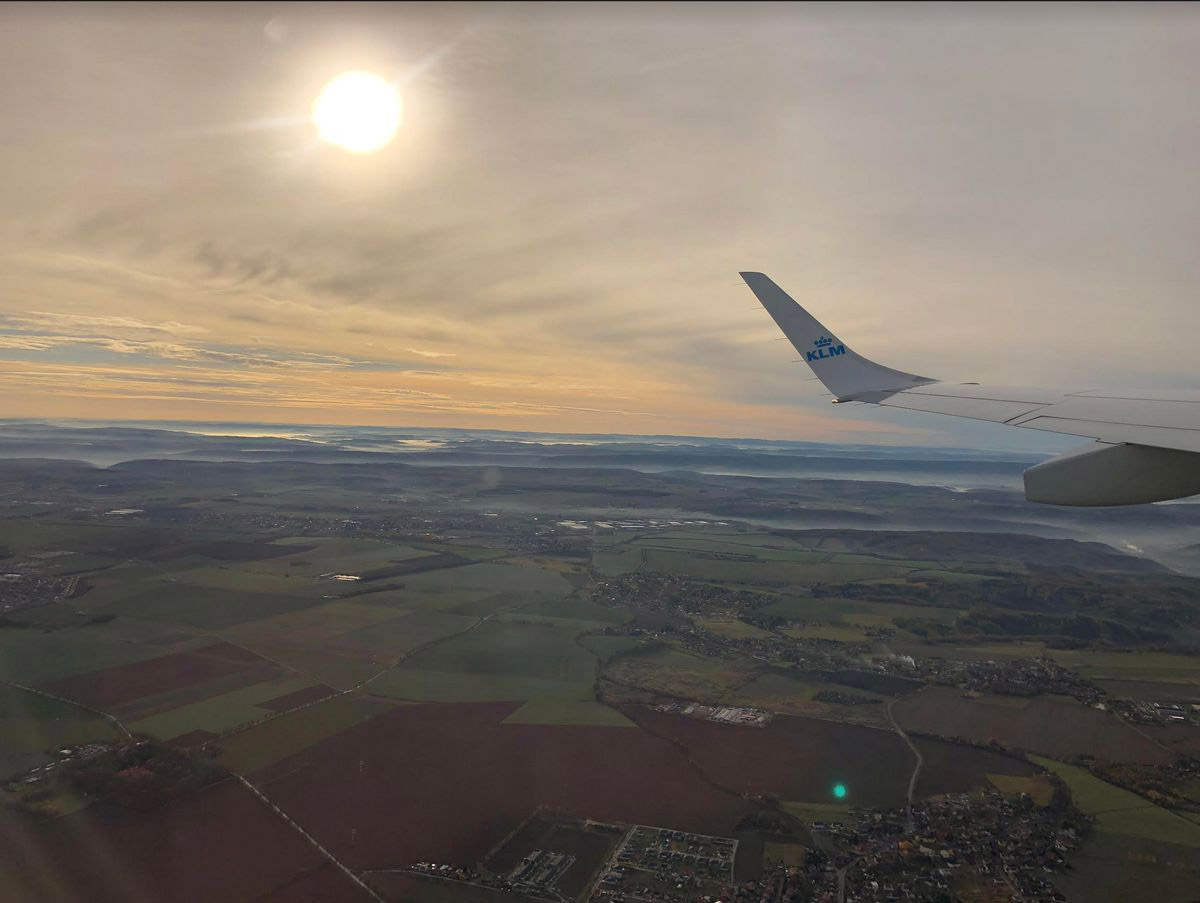 ”I’ve looked at clouds from both sides now. From up and down and still somehow it’s cloud illusions I recall. I really don’t know clouds at all” Joni Mitchell sang. I tend to agree. Today I’m taking my first flight in 17 months, and I’ll be sitting in a window seat. 16A please. Staring out at cirrus wisps and cumulonimbus castles in the sky. It’s a relief getting lost in the sky, my cell phone mercifully turned off, flying east, into the sloppy tropical remains of Hurricane Elsa.

Looks Hot To Me. Most of America will be roasting 2 weeks from now, if you buy the latest NOAA GFS solution. Most of the nation is getting it’s money’s worth when it comes to sunshine and heat this summer.

California’s Hydroelectric Generation Affected by Historic Drought. Here’s an excerpt from the U.S. Energy Information Administration (EIA): “Most of the western United States is experiencing intense and historic drought conditions. California is one of the most severely affected states. As of June 22, 2021, 100% of the state is experiencing some degree of drought. About 33% of the state has been categorized under exceptional drought, the most intense drought classification. The drought conditions have affected California’s water supply levels and hydropower plants. Drought conditions include below-normal precipitation and snowpack accumulation, very dry soil, and higher-than-normal temperatures. These factors lower the water supply available in the summer months. Mountain snowpack serves as a natural reservoir, providing water throughout the spring and summer as it melts. However, the California snowpack was well below normal this year, and most of it melted quickly because of higher spring temperatures. Measurable snow was present at only 3 of 131 monitoring stations on June 1…”

The Pacific Northwest Heat Wave in Context. Berkeley Earth has some jaw-dropping statistics and graphics from last week’s heat storm: “Beginning on June 26th, and lasting for the better part of a week, a massive “heat dome” settled across the Pacific Northwest, creating some of the most extreme heat conditions ever observed in North America. With record-setting temperatures upwards of 40 degrees Celsius above average, this heatwave generated significant global media coverage. Below, Berkeley Earth has compiled seven resources to help put the magnitude of this historic heat event into context…”

Heat and Hospitalizations. Climate Central has an update on which parts of the U.S. are most susceptible to heat-related ailments: “Heat is the #1 weather-related killer in the U.S., and climate change is making bouts of deadly heat longer and more frequent. As our climate continues to change we’re likely to be exposed to more heat than we’re used to, increasing the risk of heat-related illness. A 2019 study looked at how hospitalization visits rise in response to heat index values. Researchers found that heat-related hospitalizations begin at lower heat values in traditionally cooler regions (Northwest, West, and Northeast) compared to the South and Southeast…”

What It Was Like Inside the Washington DC Tornado Last Thursday. WTOP Radio Traffic reporter David Dildine explains for Capital Weather Gang: “I never thought I would be blindsided by a tornado in downtown Washington, just steps from the Lincoln Memorial. But Thursday night, I was inside the tornado on the National Mall with a front-row seat to this chaotic, whirlwind performance. Here’s how it happened, what I did to keep myself safe and what I could have done differently. I’ve reported on D.C.-area traffic and weather for more than 15 years. Exhausting shifts in the WTOP Traffic Center call for decompression time. Your success as a credible traffic reporter hinges largely on your ability to cope with extreme uncertainty. It is like being a weathercaster during a severe storm outbreak, except you aren’t handed official guidance and warnings until the event is nearly over. To unwind after long work days, sometimes I chase storms and take photos...”

Fox’s New Channel Changes the Climate for Weather TV. But will Fox’s new channel include climate reporting? Here’s an excerpt from The New York Times (paywall): “Weather is taking the media industry by storm. Later this year, Rupert Murdoch is set to debut Fox Weather, a 24-hour streaming channel that promises to do for seven-day forecasts what Fox has done for American politics, financial news and sports. Not to be outdone, the Weather Channel — granddaddy of television meteorology — announced the creation of a new streaming service, Weather Channel Plus, that the company believes could reach 30 million subscribers by 2026. Amid a waning appetite for political news in the post-Trump era, media executives are realizing that demand for weather updates is ubiquitous — and for an increasing swath of the country, a matter of urgent concern. In the past week alone, temperatures in the Pacific Northwest broke records, wildfires burned in Colorado and Tropical Storm Elsa strengthened into a hurricane over the Atlantic Ocean…”

A Cirrus Sign of Tornadoes. I learned something today, courtesy of NASA’s Earth Observatory; here’s an excerpt: “…“Notice the plumes of warm air downwind of updrafts—the cold overshooting cloud tops,” said Kristopher Bedka of NASA’s Langley Research Center. “Those are what we call ‘above-anvil cirrus plumes’ (AACPs)—cirrus clouds that were injected into the stratosphere.” Most thunderstorms can grow up to the tropopause, the boundary between the troposphere and the stratosphere. When strong storms reach the tropopause, their tops flatten out, giving them an anvil-like appearance. Above-anvil cirrus plumes form when especially intense updrafts puncture the tropopause and airflow draws cirrus cloud tops into the stratosphere. Cirrus plumes are typically warmer than underlying anvil clouds because the air temperature in the stratosphere increases with altitude...”

Climate Change Drove Western Heat Wave’s Extreme Records, Analysis Finds. The New York Times (paywall) reports: “The extraordinary heat wave that scorched the Pacific Northwest last week would almost certainly not have occurred without global warming, an international team of climate researchers said Wednesday. Temperatures were so extreme — including readings of 116 degrees Fahrenheit in Portland, Ore., and a Canadian record of 121 in British Columbia — that the researchers had difficulty saying just how rare the heat wave was. But they estimated that in any given year there was only a 0.1 percent chance of such an intense heat wave occurring…”

Leaked U.N. Report Warns of Climate Tipping Points. A story at Salon caught my eye; here’s the intro: “A draft version of an upcoming report from the United Nations climate science advisory body, the Intergovernmental Panel on Climate Change, scheduled for release in February 2022, was leaked this week to Agence France-Presse. It illustrates the existential risks posed by climate change to life on earth — and climate tipping points loom large. Climate tipping points are the phenomenon by which small increases in temperature can trigger self-perpetuating loops in the natural world, “tipping” them towards dramatic and widespread change after a certain temperature threshold is crossed — sometimes leading to even more emissions and warming. Examples of tipping points include the feedback between rising temperatures and permafrost melt; as the Arctic warms, frozen soils rich in organic carbon known as permafrost start to thaw, releasing the stores of ancient carbon locked inside. Other examples include the melting of the Greenland ice sheet, the collapse of coral reef ecosystems, and the potential transition of the Amazon rainforest into a more savanna-like ecosystem…”

The Climate Crisis Will Create Two Classes: Those Who Can Flee, and Those Who Cannot. An Op-Ed at The Guardian caught my eye: “At an Independence Day party this weekend, a couple asked me if they should move from Colorado to Michigan because of growing drought and water shortages in the western US. I get these questions regularly and am both encouraged and dismayed by them. Encouraged because it suggests that the message about climate risks is finally getting out and people are beginning to reflect on the personal implications of those risks. Dismayed by the realization that the climate crisis is going to produce two classes of refugees: those with the freedom and financial resources to try, for a while at least, to flee from growing threats in advance, and those who will be left behind to suffer the consequences in the form of illness, death and destruction…”

Heat Waves Kill People, and Climate Change is Making It Much, Much Worse. National Geographic has the story; here’s a clip: “…A mountain of scientific research has shown that climate change is making heat waves longer, hotter, more likely, and more dangerous. A recent study published in Nature Climate Change adds additional detail by assessing the human cost of that extra heat: In June, a team of some 70 researchers reported that for the 732 sites on 6 continents they studied, on average, 37 percent of all heat-related deaths can be pinned directly on climate change. The study underscores the urgency with which we need to address human-caused climate change, says Ana Vicedo Cabrera, lead author of the study and a climate change epidemiologist at the University of Bern, in Switzerland…”

27 Ways a Heat Wave Can Kill You. Here’s an excerpt of new research at Circulation: Cardiovascular Quality and Outcomes: “Heat waves, sporadic events of extreme heat, pose a threat to human life. Deaths in excess of 70 000 people during the 2003 European heat wave, 10 000 people during the 2010 Russian heat wave, and high death tolls from numerous other heat waves1 are staggering demonstrations that extreme climatic conditions are already exceeding human thermoregulatory capacity. The area of the planet experiencing heat wave conditions similar to those that have killed people is expanding and is currently inhabited by ≈30% of the world’s human population.1 Because the planet will warm another 1°C by 2100 if we curtail greenhouse gases or 3.7°C if we do not, our choices for deadly heat are now between more of it or a lot more of it…”

Canadian Inferno: Northern Heat Exceeds Worst-Case Climate Models. The Guardian puts last week’s jaw-dropping heat into perspective: “…Carlo Buontempo, director of the Copernicus Climate Change Service, said there was a clear human fingerprint on this “very freakish” event. Without emissions from cars, farms and industry, he said, the record temperatures in the western north Americas would be expected only once in tens of thousands of years, but the probability rises along with the levels of the greenhouse gas. “In the present-day climate, getting an extremely hot June is common and is likely to occur twice in three decades. However, an analysis from many computer models suggests that by the end of the century these extreme temperatures are more likely than not. Human influence is estimated to have increased the likelihood of a new record several thousand times.”

The Miami Building Collapse and Humanity’s Tragic Fight for the Future. WIRED.com asks the rhetorical question: is it too late on climate? I suspect the answer is no, at least the ability to avoid a worst case (RCP8.5) scenario: “…And here’s the part of all this that’ll make you cry: If a collapsing building that kills dozens of people is both warning and crisis—which is to say, too late to save anyone—so too are those wildfires and heat domes. Carbon dioxide persists in the atmosphere for centuries; climate change doesn’t manifest itself as disasters until it’s nearly too late to fix. And even those disastrous events somehow fail to focus us. Maybe this week’s extraordinary temperatures in the Pacific Northwest will shake policymakers loose from their lethargy. But why would they? Superstorms and hurricanes like Katrina and Sandy didn’t do it. The wildfires of 2020 didn’t do it. Seasonal flooding in Miami hasn’t done it. All those events and more were signals not of a system on the brink, but of one that’s already broken…”