Uptick in Flooding is Extreme, Global, and Linked to Continued Warming 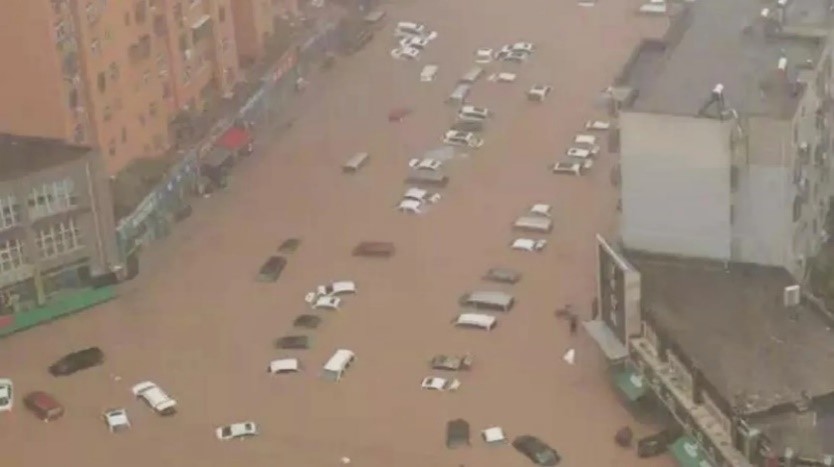 All weather, like politics, is local. Increasingly, climate change hits home when it…hits home. Muddy, waist-deep water in your living room has a way of focusing one’s attention. The symptoms of a warmer, wetter world are hitting home with greater frequency and ferocity, becoming more apparent over time – harder to dismiss and deny. On July 29, 2021, the Chinese city of Zhengzhou (population 12 million) received a staggering 8” of rain in one hour. 24” of rain fell in one day – a year’s worth of rainfall. 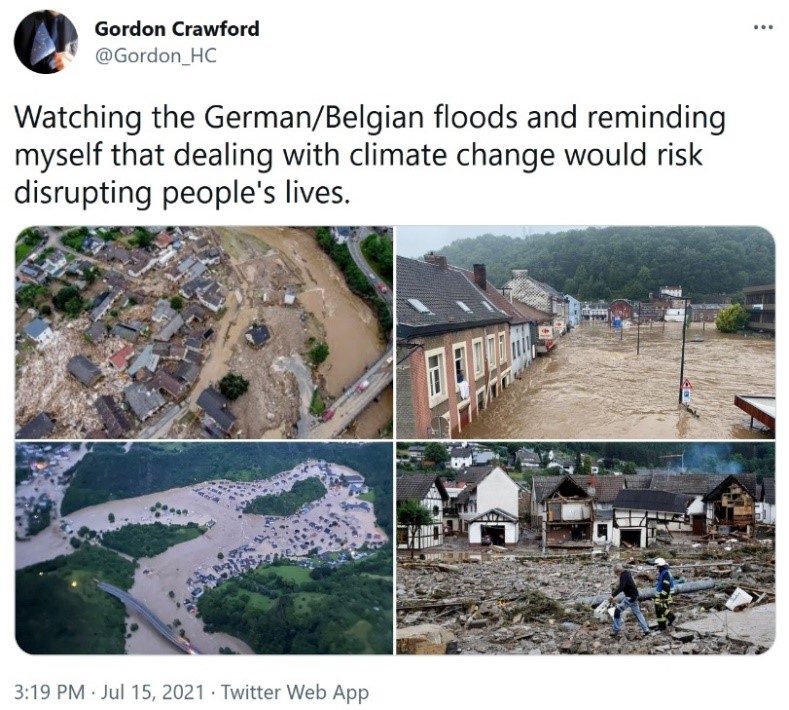 Historic flooding in China’s Henan province followed a 500-year flood across western Europe, with 2 months’ worth of rain falling in less than 2 days, resulting in disastrous flash flooding that killed hundreds and left hundreds more missing, with billions of dollars in damage that will take years to repair. Climate scientists have been stunned by the recent spike in major flooding events around the world. Most experts agree the severity of flooding we are witnessing would not be possible without man-made greenhouse gases accelerating warming of the atmosphere. 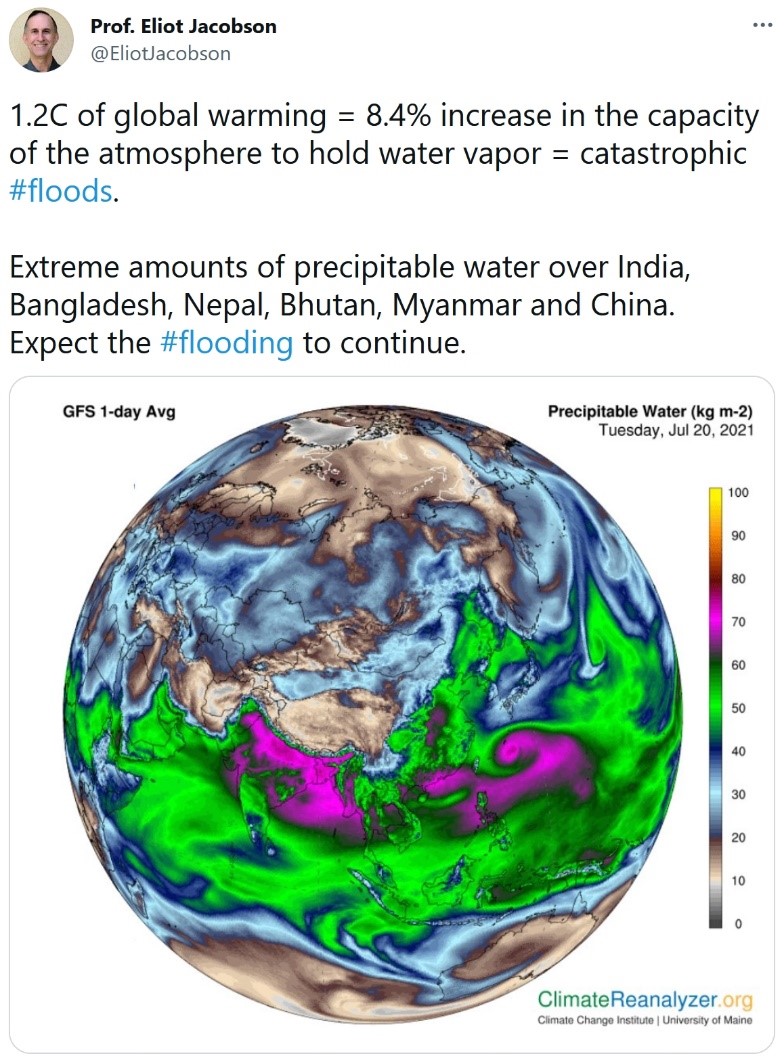 What is happening? As a meteorologist at AerisWeather, I’ve been tracking the link between a rapidly warming climate and weather extremes. Weather and climate are flip sides of the same coin. Warm the climate and the symptoms will show up in the weather. The emerging science of “attribution” links extreme weather events with warmer air and water. But two major factors seem to be in play. The world has warmed an average of 2F; but much more over northern latitudes. Basic physics: warmer air can hold more water vapor, more fuel for storms to tap. There is roughly 8% more water vapor overhead than there was in the 19th century. Rain is falling harder and faster and longer, with often dire results. This summer, flash flooding has struck numerous US cities, including New York, Detroit, Chicago and New Orleans, on track to experience its wettest year on record. A National Weather Service study says an urban-flooding event now occurs in the U.S. once every two or three days. Infrastructure designed for 20th century rains is often proving incapable of handling the volume and velocity of water in the 21st century. 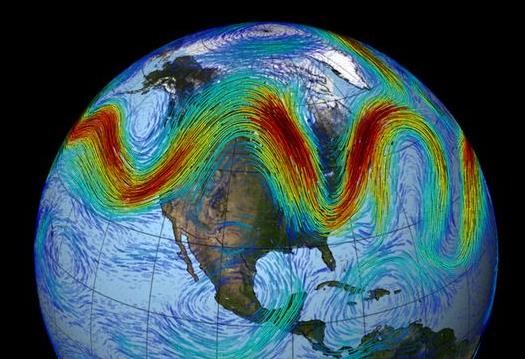 There is more in play than a warmer, wetter atmosphere. A wavier, high-amplitude jet stream may be another contributing factor. Emerging science suggests that uneven man-made warming of the planet due to a rough doubling of CO2 since preindustrial times may be impacting the configuration and speed of the jet stream, the high-speed river of air that guides weather systems across the planet. According to Dr. Jennifer Francis, senior scientist at the Woodwell Climate Research Center in Falmouth, Massachusetts, slower winds and differential warming patterns have been linked with wavier jet-stream patterns that cause stagnant summer weather systems. When weather systems slow or stall the results can be catastrophic, and meteorologists are witnessing an uptick in the number of “blocking patterns”, holding patterns that can turn what would have been a minor flood into an historic flooding disaster.

The science is emerging and there is no overall consensus yet, but a 1-2 punch of more water in the air and slowing, sluggish storms during the warm season, may be combining to increase the potential for extreme flooding events, a man-made signal magnifying the floods that have been with us since the dawn of time.

In Europe the frequency of extreme floods and other hydrological events has quadrupled since 1980. In 2020 there was a record 50 separate billion-dollar weather disasters, worldwide. TV and social media are bringing these tragedies into our homes in real time. Flood resilience, risk mitigation and a new urgency around smart urban planning is accelerating, as cities realize they may be the next target of historic flooding.

The percentage of the United States impacted by 24-hour precipitation extremes has been increasing decades, according to NOAA NCDC. In the 1960s and 1970s 5-10 percent of the USA saw extreme rains. In recent years closer to 20 percent of the nation has been impacted by historic rainfall events. It’s not your imagination. Extreme downpours are on the increase. 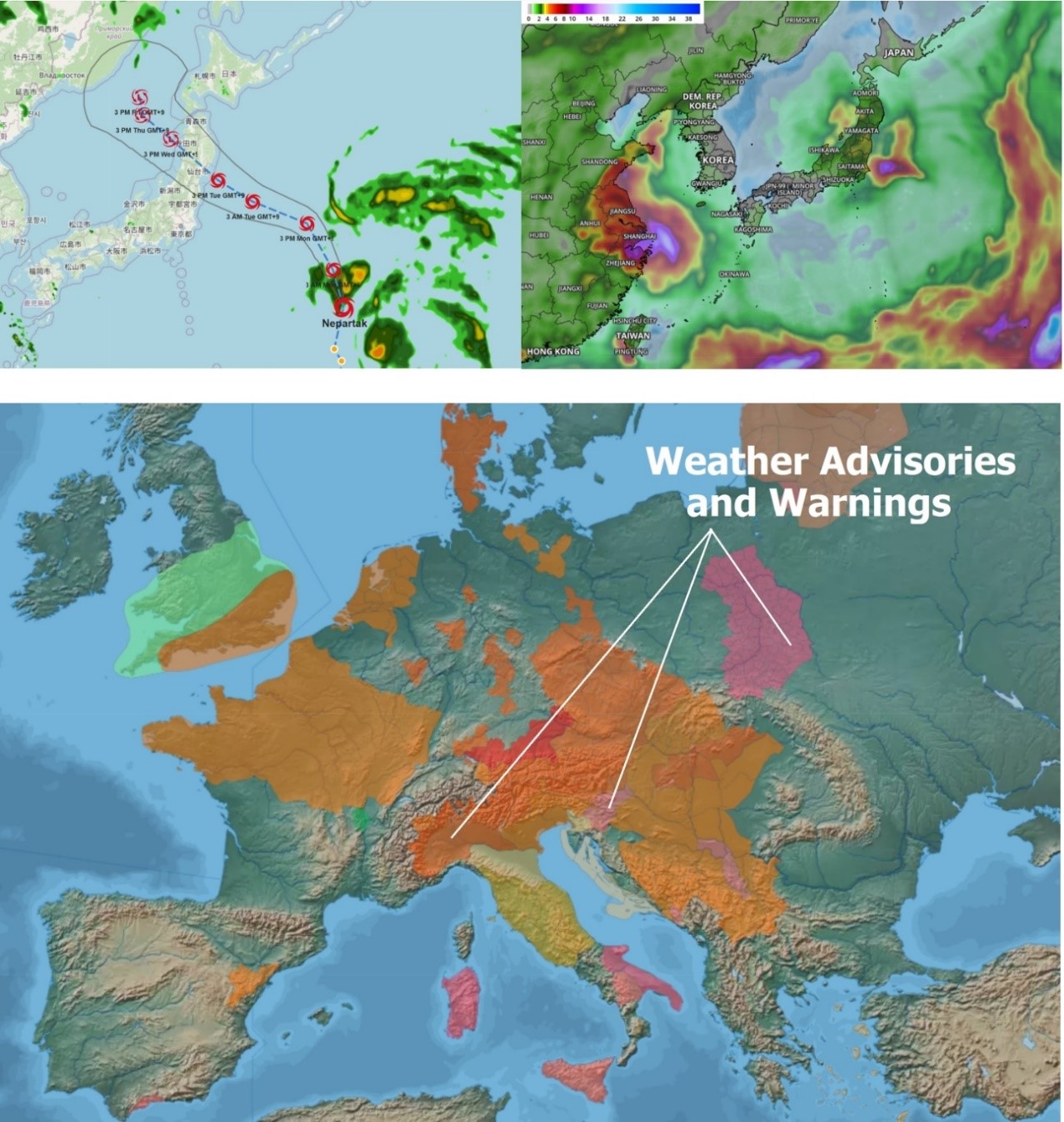 Posted by Jamie Pridemore at 3:04 pm