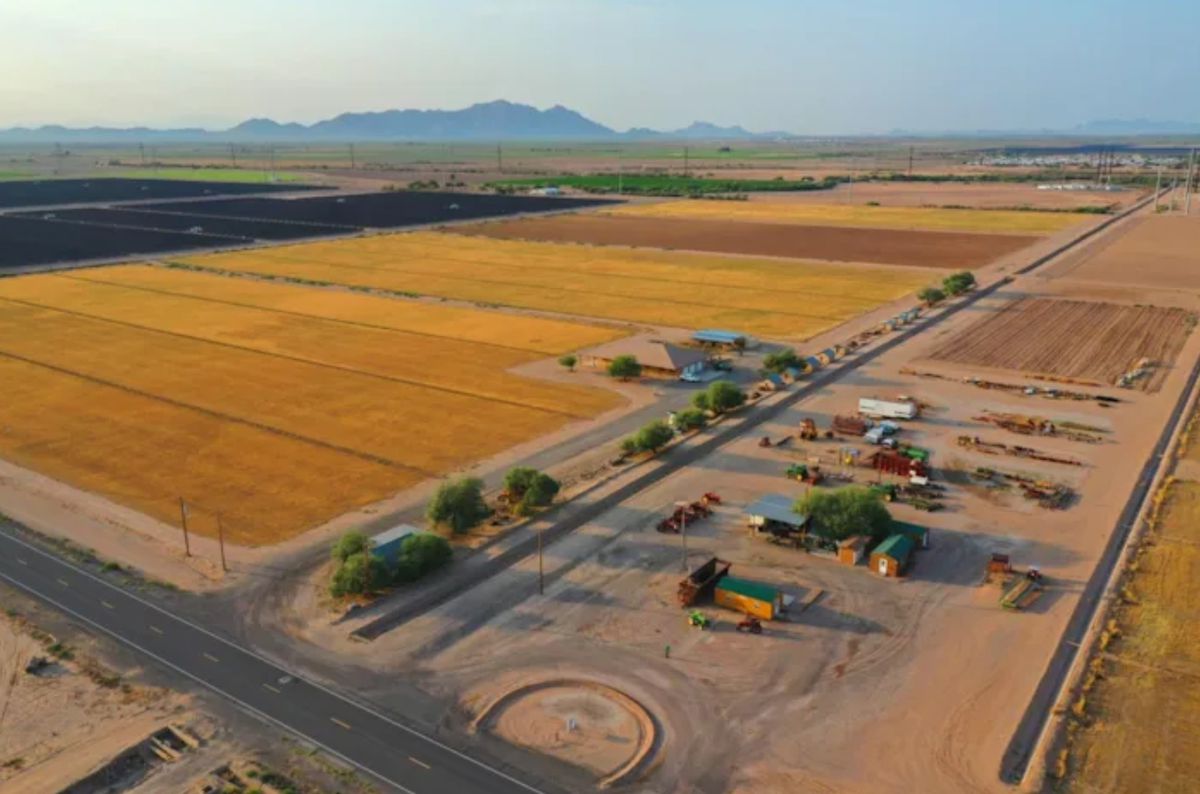 Driest Meteorological Summer, To Date, Since 1982

I’m enjoying my time here in Bakersfield, California, between the heat, drought, smoke and occasional wildfires”. [checks notes]. Wait, I recall living in Minnesota, which has a vast constellation of lakes. Water shouldn’t be an issue, right? Wrong.

Dr. Kenneth Blumenfeld, Sr. Climatologist at the Minnesota DNR, informs me that since June 1 the metro area experienced the driest weather since 1982; the 5th driest since 1871. Short-term moisture deficits are very significant, he confirmed.

It’s very hard to dig out of a drought, especially during summer months, when precipitation is spotty, hit-or-miss, fickle. With any luck we may transition into a wetter pattern during the fall and winter months, but at the rate we’re going soil moisture may be lacking for the 2022 growing season.

35% of Minnesota in Extreme Drought. The trends are still going in the wrong direction; only a sliver of far southeastern Minnesota is drought-free, around Winona and La Crescent. Extreme drought is now creeping into the western and northwestern suburbs of the Twin Cities.

Dry Rut. This is percentage of normal rainfall over the last 2 weeks; as low as 0-5% for parts of the west coast, North Dakota and the Red River Valley, while soaking (monsoon) rains have helped the drought situation over the intermountain west.

No Significant Cool Fronts Into Third Week of August. The pattern still looks hot for most of America most of this month as the main belt of westerlies remains north of the U.S. – Canadian border. I have a hunch warmer than normal temperatures will spill into September, possibly October too.

NOAA NMME: Warm, Dry Bias to Linger Into October. It’s not just NMME, it’s a consensus of longer-range climate models showing warmer than normal weather lingering the next few months. Probably a relatively safe bet, based on everything I’m seeing.

Starving Cows. Fallow Farms. The Arizona Drought is Among the Worst in the Country. The Los Angeles Times and Yahoo News has the story; here’s a clip: “…In Arizona, 99% of the land is undergoing years-long drought that has accelerated. Large swaths of the region are now in extreme distress and the picture may well get worse, with less reliable mountain snowfall to feed streams and a morphing monsoon season that has only proved a temporary reprieve and even led to flooding. The state, where more than a third of all water can trace itself up the Colorado River to Lake Mead, will also be forced to make do with less beginning next year because of the lake’s dwindling supply. “Arizona is pretty much an irrigated state and we’ve managed our water resources generally well,” said Stephanie Smallhouse, a fifth-generation cattle rancher on the far outskirts of Tucson who is the president of the Arizona Farm Bureau. “But it’s near impossible to manage yourself out of a drought…”

Satellite Imagery Shows That Tens of Millions of People Have Been Moving Into Flood Zones. The Washington Post (paywall) has details: “Tens of millions of people have been moving into flood zones around the world. The influx is as much as 10 times more than previously thought, and if the trend continues on its current trajectory millions more could suffer the impacts of flooding, according to a study published Wednesday in the journal Nature. “People die and lose their homes and livelihood,” said Beth Tellman, a human-environmental geographer at the University of Arizona and lead author of the paper. The study estimates that up to 86 million people have moved into places where there have been floods, which Tellman says is only “the tip of the iceberg.” Tellman and her colleagues collected satellite imagery of 913 large flood events around the world, from 2000 and 2018. The database included floods from rivers, tropical storms, melting ice and snow, as well as dam or levee breaks. Researchers then compared the population of the flooded areas between 2000 to 2015...”

Populations are Booming in Flood-Prone Areas, Especially in Developing Countries. TIME.com has more perspective on the recent research: “The number of people living in flood-prone areas is growing faster than in other places, and at a much faster rate than scientists had previously expected, a study published Aug. 4 in the journal Nature finds. It’s a worrying sign that human settlements are not prepared for increased flood risks in the climate crisis.Researchers at Cloud to Street, a flood-tracking platform, used satellite images to estimate the scale of 913 large flood events across 119 countries, and the number of people exposed to them. They found that between 2000 and 2015, the total population living in areas exposed to flooding grew by between 58 and 86 million. That’s a growth rate ten times higher than estimated by previous studies, which relied on modeling rather than satellite imagery to assess the number of people exposed to floods...”

Atlantic Hurricane Season is About to Ramp Up Dramatically. The lull in tropical activity may be coming to a close. Capital Weather Gang has an update: “...On Wednesday morning, the National Oceanic and Atmospheric Administration released their latest hurricane outlook calling for even greater odds of an above-average season, which runs through November. That would make 2021 the sixth consecutive year to feature above-average tropical storm activity. “NOAA’s updated outlook… indicates an above average season is likely,” said Matthew Rosencrans, a meteorologist at NOAA’s Climate Prediction Center, in a news conference on Wednesday. “The number of named storms is likely to be 15 to 21, [which includes] 7 to 10 hurricanes and 3 to 5 major hurricanes….”

Climate Crisis: Scientists Spot Warning Signs of Gulf Stream Collapse. The Guardian has details: “Climate scientists have detected warning signs of the collapse of the Gulf Stream, one of the planet’s main potential tipping points. The research found “an almost complete loss of stability over the last century” of the currents that researchers call the Atlantic Meridional Overturning Circulation (AMOC). The currents are already at their slowest point in at least 1,600 years, but the new analysis shows it may be nearing a shutdown. Such an event would have catastrophic consequences around the world, severely disrupting the monsoons that billions of people depend on for food in India, South America and West Africa; increasing storms and lowering temperatures in Europe; and pushing up the sea level in the eastern US. It would also further endanger the Amazon rainforest and Antarctic ice sheets…”

Underestimating the Challenges of Avoiding a Ghastly Future. Our grandkids are ‘gonna be super-pissed. This is the first time I’ve ever seen the word “ghastly” in a research paper – probably not the last. Here’s an overview at Conservation Science: “…Humanity is causing a rapid loss of biodiversity and, with it, Earth’s ability to support complex life. But the mainstream is having difficulty grasping the magnitude of this loss, despite the steady erosion of the fabric of human civilization (Ceballos et al., 2015; IPBES, 2019; Convention on Biological Diversity, 2020; WWF, 2020). While suggested solutions abound (Díaz et al., 2019), the current scale of their implementation does not match the relentless progression of biodiversity loss (Cumming et al., 2006) and other existential threats tied to the continuous expansion of the human enterprise (Rees, 2020). Time delays between ecological deterioration and socio-economic penalties, as with climate disruption for example (IPCC, 2014), impede recognition of the magnitude of the challenge and timely counteraction needed...”

How to Prepare Supply Chains For the Next Global Crisis. Countries working together to lower climate risk and weather disruption? Imagine that. Here’s a blurb from an Op-Ed at Fortune: “…Companies have begun investing in climate adaptation as an insurance mechanism. For example, Seagate, a semiconductor manufacturer, and Fujikura, an electrical equipment manufacturer, have both invested in making their factories in Thailand more flood-proof after a 2011 disaster wiped out production. Studies indicate that companies that include climate science in their risk assessments do better at mitigating supply chain risks. More open trade would help accelerate the deployment of cutting-edge technologies for climate change adaptation and mitigation. Lowering tariffs and nontariff barriers would lead to increased specialization, scale, and competition in these environmental goods and services. This would lower the costs for all countries to get to net zero and adapt to a hotter world…”

This Year’s Summer of Climate Extremes Hits Wealthier Places. The Associated Press has perspective: “As the world staggers through another summer of extreme weather, experts are noticing something different: 2021′s onslaught is hitting harder and in places that have been spared global warming’s wrath in the past. Wealthy countries such as the United States, Canada, Germany and Belgium are joining poorer and more vulnerable nations on a growing list of extreme weather events that scientists say have some connection to human-caused climate change. “It is not only a poor country problem, it’s now very obviously a rich country problem,” said Debby Guha-Sapir, founder of the international disaster database at the Centre for Research on the Epidemiology of Disasters at Catholic University of Louvain in Belgium. “They (the rich) are getting whacked…”

Increasing Demand for Cooling. Nights are warming faster than days during the summer months, adding to an enhanced and growing demand for AC. Climate Central explains: “As temperatures continue to rise due to climate change, our need for air conditioning will increase as well. Cooling Degree Days (CDDs) describe how much cooling is needed to maintain a comfortable indoor temperature and can help determine changing energy demands. About 95% (235 of 246) of locations had an increase in the number of CDDs since 1970, indicating that cooling demand has risen in these places. We also see more homes being built with central air conditioning across the U.S. Higher usage of air conditioning raises several challenges. Air conditioners contain potent greenhouse gases, rely on fossil fuel-intensive power grids, and cost us money. Improving building and air conditioning efficiencies would reduce wasted energy. And replacing coal and natural gas with renewables, like wind and solar, will allow us to stay cool without making the planet warmer…”

A Florida City Wanted to Move Away from Fossil Fuels. The State Just Made Sure It Couldn’t. Grist has the post; here’s an excerpt: “…No state-level policies in Florida require reducing planet-heating emissions, and some federal and state lawmakers deny the science of human-caused climate change. So it’s been up to cities and towns to do what they can, like buying electric school buses and powering municipal buildings with renewable energy. Increasingly, local governments are ramping up their ambitions. But around the country, the gas industry has aggressively lobbied against local climate policies while simultaneously trying to get state legislatures to strip cities of their ability to restrict fossil fuels. That fight was about to come to Florida...”

Scientists Expected Thawing Wetlands in Siberia’s Permafrost. What They Found is “Much More Dangerous”. The Washington Post (paywall) reports: “Scientists have long been worried about what many call “the methane bomb” — the potentially catastrophic release of methane from thawing wetlands in Siberia’s permafrost. But now a study by three geologists says that a heat wave in 2020 has revealed a surge in methane emissions “potentially in much higher amounts” from a different source: thawing rock formations in the Arctic permafrost. The difference is that thawing wetlands releases “microbial” methane from the decay of soil and organic matter, while thawing limestone — or carbonate rock — releases hydrocarbons and gas hydrates from reservoirs both below and within the permafrost, making it “much more dangerous” than past studies have suggested…”