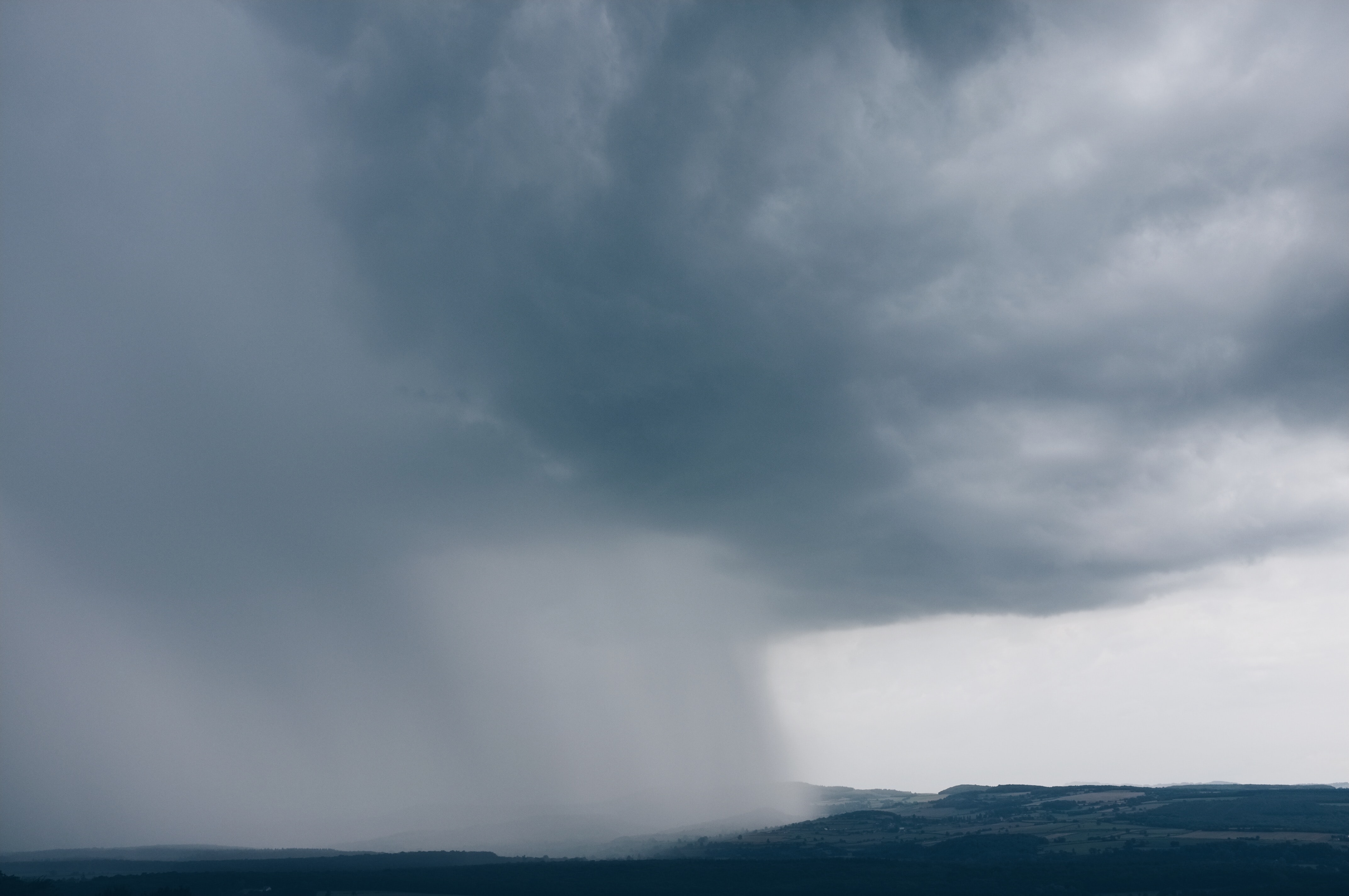 ”September tries its best to have us forget summer” wrote English philosopher Bernard Williams. I love all the seasons (and the fact that Minnesota HAS 4 seasons) but September is my favorite month of the year.

Days are still lukewarm, lakes warm enough for one or two more dips. Severe storms are rare as the noisy blur of summer fades into comfortable days with cotton-ball cumulus and low humidity.

That is all fine and good but Minnesota is still too dry and dusty. According to the local DNR “As of this writing, drought was still widespread and significant.”

The Drought of 2021. The Minnesota DNR has a very good overview of this year’s drought; here’s an excerpt: “A major drought overtook Minnesota during 2021, as persistent moisture deficits combined with above-normal temperatures across the state. In some parts of the state, the drought was as serious as anything experienced in over 40 years, though for most of the state it was the worst drought in 10-30 years. Although the period of greatest intensification and expansion began during the summer of 2021, dry conditions had been building in many areas during since early and mid-2020. Following is a basic timeline of the drought’s development, spread, and general behavior…”

Looks Like September. The more I stare at the maps the less I believe we’ll see another 90-degree day, probably more 80s but the worst of the heat is forecast to remain south of Minnesota into at least mid-September with more frequent intrusions of cooler, Canadian air over northern tier states. Not hard to believe when you remember the sun is as high in the sky as it was in mid-April.

New Orleans’ Levees Hold Against Ida’s Onslaught, but Hurricane Leaves Major Damage. Jeff Masters and Bob Henson report for Yale Climate Connections: “The levees protecting New Orleans held off Hurricane Ida’s storm surge after its landfall near midday on Sunday, avoiding a repeat of the catastrophe that occurred exactly 16 years earlier when Hurricane Katrina breached multiple levees and flooded the city. Only one death has been reported as of 2 p.m. EDT Monday from Ida, the result of a falling tree. However, damage from the hurricane was widespread and severe, and a complete picture of the destruction the great hurricane has wrought is just beginning to be understood. Insurance broker Aon estimated Ida’s damage would be “well into the double-digit billions…”

Hurricane Ida’s Strength May Have Seemed Surprising. But Not to Forecasters. NHC nailed the forecast, track and intensity. USA TODAY has more perspective: “…Did Ida’s more-rapid-than-expected-growth catch meteorologists off guard? Experts said no: The accuracy of the forecast from the National Hurricane Center was spot-on and the best possible under the limits of science. “The NHC was explicitly calling for rapid intensification right from the time of storm formation and had Ida pegged as a Category 4 about 36 hours prior to landfall,” Colorado State University hurricane researcher Phil Klotzbach told USA TODAY. “Rapid intensification” is a process in which a storm undergoes accelerated growth: The phenomenon is typically defined to be a tropical cyclone intensifying by at least 35 mph in a 24-hour period...”

In the History of Hurricane Names, “I” Stands for Infamous. The come at the midpoint of the hurricane season when ocean water temperatures are warmest, capable of fueling the most intense hurricanes. A little interesting trivia courtesy of Capital Weather Gang: “Isabel. Ivan. Ike. Irene. Irma. And now Ida. These terrible hurricanes, all of which have occurred since 2003, begin with a common vowel. They haven’t all started with the same letter by chance — there is some science behind the abundance of notorious storms starting with the letter “I.” Since 1953, storms have been given human names to make identifying them more convenient. For 26 years they were given only female names, but in 1979 the male-female alternating alphabetical lists that we use today were introduced…”

Climate Change is Making Hurricanes Stronger, Slower and Wetter. Ida Checked All the Boxes. Perspective from CNN.com; here’s an excerpt: “…Before making landfall on Sunday, Hurricane Ida went through a remarkable period of strengthening: its maximum sustained winds increased by 65 mph in just 24 hours. Scientists define rapid intensification — a process that historically has been rare — as an increase of 35 mph in 24 hours or less. Hurricane Ida nearly doubled that definition. For rapid intensification to occur, warm ocean water must extend well below the surface, going hundreds of feet deep, to provide enough engine for the hurricane to strengthen. This has led scientists to believe that storms are more likely to undergo rapid intensification as a result of warmer oceans. “If you increase the speed limit, you make more room for the storms to strengthen, so it can intensify more quickly,” Jim Kossin, a senior scientist with the Climate Service, an organization that provides climate risk analysis to governments and businesses, told CNN...”

The Arctic Circle Saw Record-High Temperatures in 2020, NOAA Report Finds. CBS News reports: “Last summer, Russia reached 100.4 degrees Fahrenheit — the highest temperature ever measured within the Arctic Circle, according to an annual climate report released Wednesday by the National Oceanic and Atmospheric Administration. With help from a record-breaking concentration of carbon dioxide on the planet, the Arctic’s surface air temperature broke a 121-year record in 2020. “Today scientists sounded the alarm on the climate crisis again,” Representative Eddie Bernice Johnson, chair of the House Committee on Science, Space, and Technology, said in a statement regarding the report. “It is clear that without swift action, we can unfortunately expect to set new records like these every year…”

Britain’s Economy is Already Seeing a Rapid Shift Due to Climate Change. Good news for wine-makers in the United Kingdom, but that’s one of the few bright spots. CNBC.com has the post; here’s the intro: “Climate change could spark major shifts in British produce in the coming decades as the country attempts to avoid a “catastrophic” environmental fallout, experts have said. At the end of July, the U.K.’s Royal Meteorological Society published its State of the U.K. Climate 2020 report, with the authors noting that last year was England’s third warmest year since records began in 1884. Meanwhile, the U.K. Met Office predicts that the country is set for warmer and wetter winters, hotter and drier summers and “more frequent and intense weather extremes” because of climate change...”

Global Weather Disruptions Threaten Agriculture in Advanced Countries. Everything is connected, especially agriculture, argues a post at VOX, CEPR Policy Portal: “…Since poor countries have to bear the bulk of the climate change burden, it is often argued that this acts as a disincentive for rich economies to mitigate their greenhouse gas emissions (Althor et al. 2016). However, the rise in the frequency and intensity of severe weather events around the globe, as well as crop diseases and pests due to climate change, could also have an impact on the economic performance of countries that are not directly exposed to the extreme events through global agricultural production shortfalls and surges in food commodity prices. Specifically, since global production of the most important crops is concentrated in a small number of major producing regions that are vulnerable to extreme weather conditions, the IPCC projects greater risks of global food system disruptions and agricultural production shortfalls that trigger substantial rises in global food prices (IPCC 2019)...”

Climate Change Lurks Behind Ida’s Unnerving Intensification Rate. Andrew Freedman provides needed perspective on rapid intensification trends at Axios; here’s an excerpt: “…For example, a 2019 study in the journal Nature found there had been a trend in the Atlantic Ocean toward more rapidly intensifying storms between 1982 and 2009, and computer modeling showed that such a trend would not have been likely without human-induced climate change. A 2020 study published in the Proceedings of the National Academy of Sciences found that tropical cyclones are more likely to reach higher categories across much of the globe, including the Atlantic. And an especially ominous 2017 study published in the Bulletin of the American Meteorological Society found that a storm that intensifies by 70 mph in the 24 hours before landfall, which occurs about once every century today, could occur as frequently as every five to 10 years by the end of this century…”

Ida Intensified Rapidly, Supercharged By Warm Ocean Temps: Climate Nexus has more perspective, headlines and links: “While the total loss and damage caused by Hurricane Ida will not be known for some time, the storm’s impact will be greater than the sum of its ferocity because of the speed with which it became such a massive storm. In addition to the storm’s overall intensity, rainfall, and storm surge — all of which are major parts in what makes hurricanes so destructive — warmer ocean temperatures due to fossil-fueled climate change are contributing to hurricanes’ rapid intensification. Supercharged by exceptionally warm ocean waters running as much as 8°F hotter than average, Hurricane Ida intensified from a Tropical Storm on Friday with sustained winds of about 65 mph to nearly a Category 4 monster with winds twice as strong by early Sunday morning. It blew through the official threshold for rapid intensification in just 6 hours. “Rapid intensification is the new normal intensification,” longtime South Florida meteorologist John Morales tweeted. Rapid intensification in general, and Ida’s in particular, make storms more dangerous because it limits officials’ ability to warn residents and call for, or mandate, evacuations, which take more time to do safely than a storm that quickly strengthens will allow. Ida’s storm surge was also so great it reversed the flow of the Mississippi River.” (New York Times $, Washington Post $; Timeline: Weather Underground; Mississippi flow: Bloomberg $; Mandatory evacuation timing: Black Wall Street Times; Climate Signals background: Hurricanes, Storm surge, Extreme precipitation, Atlantic hurricane intensity)

U.S. to Set Up Office to Address Climate Change Issues. Reuters has a brief blurb: “The U.S. Department of Health and Human Services said on Monday it would establish an office to address climate change and health equity at the national level. The office would protect vulnerable communities disproportionately impacted by pollution and climate-driven disasters, including drought and wildfires, the department said in a statement...”

Athens Just Named a Chief Heat Officer. Should Your City Do the Same? I haven’t seen this before. Fortune Magazine has the post; here’s a clip: “…As heatwaves pick up in the Greek capital, testing the limits of the ancient city of 3.7 million, residents are adopting new behaviors to beat the scorching heat, and authorities are hunting for fresh tactics to keep the populace from overheating. Climate change is sending temperatures soaring across the globe, making the unbearably hot summer a new reality in cities like Athens. At the same time, officials are scrambling for ways to manage extreme weather conditions to minimize the impact in communities. More and more, they’re turning to specialists for help. In July, Athens mayor Kostas Bakoyannis mandated Myrivili with the task of focusing on just about everything related to heat and the city…”