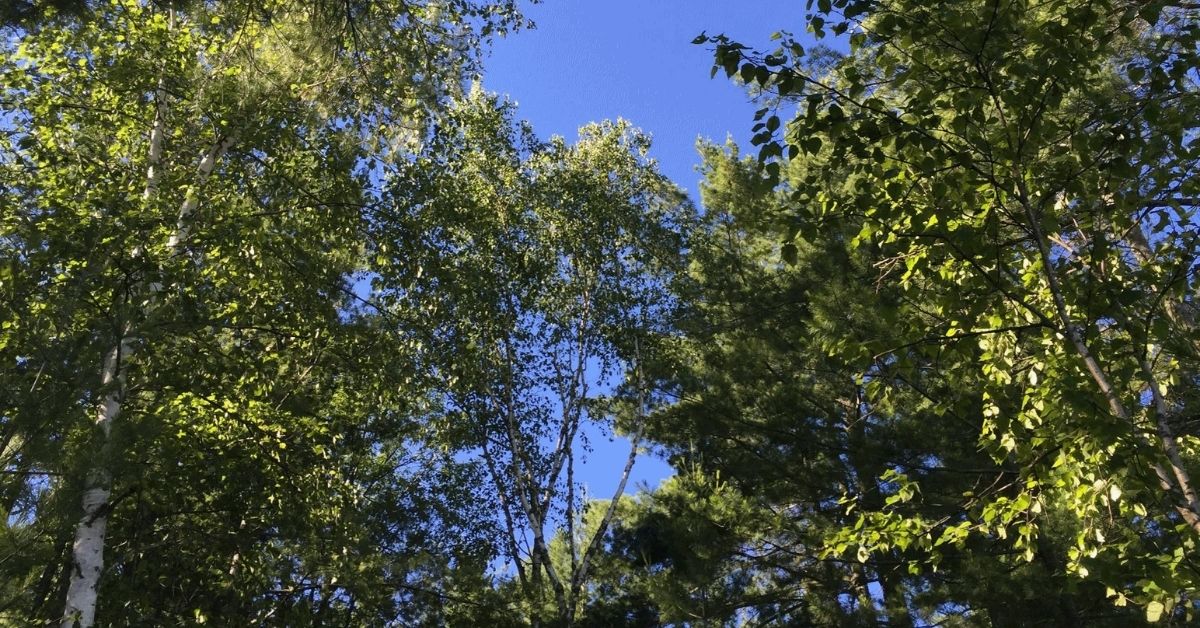 So Why Do We Call This Season “Fall”?

Today at 2:21 pm the sun’s direct rays will fall on the equator, marking the official start of autumn. Which is all fine and well, but if you look at the 90 warmest days of the year, on average, “Meteorological Fall” really started back on September 1.

The term “fall” may be a contraction of Middle English expressions like “fall of the leaf” or “fall of the year”. And if anyone asks, sex drives apparently peak in the fall. More people go from “single” to “in a relationship” or “engaged” in autumn than any other season of the year. File this under “useless trivia”.

Comfortably Mild Into Early October. No signs of cold front parade just yet, in fact long range guidance (GFS) continues to suggest warmer than average temperatures for much of the nation into at least the first week of October.

Why Do I Keep Saying “Mild Bias”? The same suite of climate models that tipped meteorologists off to an unusually hot summer are all pretty much predicting milder than normal conditions for the first half of winter. Place your bets.

Extreme Heat Hits 30% of Americans This Summer. Nexus Media News has the details: “Nearly one-third of all Americans live in a county hit by an extreme weather disaster in the past three months, with far more living in places that have endured a multi-day heatwave, a Washington Post analysis revealed. Climate change, caused by the extraction and combustion of fossil fuels, is supercharging heatwaves, hurricanes, wildfires fueled by drought, and extreme precipitation that causes flooding. Those phenomena have killed at least 388 people in the U.S. since June…”

New Forecasting Models Could Help Prevent Heat-Related Deaths. Here’s an excerpt of an explainer at phys.org: “...Of all the natural disasters occurring in recent decades, heatwaves have caused the greatest loss of human life. And, as temperatures continue to increase, more lives will be put at risk. The key to saving lives is the use of accurate and reliable weather prediction models that go well beyond today’s standard weekly forecasts. One such model is sub-seasonal to seasonal (S2S) forecasting. Falling between weather forecast models, which predict the weather over the next week or so, and climate models, which predict the average weather, or climate, over many years, S2S forecast serve as extended weather forecasts…”

Hurricanes, Floods, Wildfires and Extreme Heat: A Time-Line of 2021’s Devastating Weather Events, To Date. It’s a long list, courtesy of Forbes; here’s a clip: “…The average temperature for the lower 48 states during the 2021 meteorological summer (June to August) was 74 degrees, which is 2.6 degrees above average, tying it for the warmest summer on record, according to the U.S. National Oceanic and Atmospheric Administration, which also notes this summer’s ranks as the eighth wettest on record. Each of the past six years has been among the hottest on record, with 2020 tying 2016 as the hottest year ever, according to Copernicus Climate Change Service, climate researchers based in Europe. A separate recent study conducted by 70 researchers using updated epidemiological and climate modeling data in 43 countries found that 37% of heat-related deaths are attributable to increased warming associated with climate change…”

Climate Change and Crops. If we continue on our current emissions path crop yields will be impacted. Here’s an excerpt from a summary at Climate Central: “…Extreme heat and drought are colliding across large swaths of the United States, damaging crops in the process. A new study shows that drought exacerbates crop damages from heat, and that drier heat waves from our warming climate may cut global corn and soybean yields by 5% globally. Corn production is expected to fall across much of the U. S., with especially strong declines in Missouri, Kansas, and the Carolinas. Because the harvest is larger in portions of Nebraska, Iowa, and Illinois, the economic impacts are potentially higher in these locations…”

Climate Change is Killing Trees and Causing Power Outages. NPR reports: “...Climate change has stoked a host of threats to trees, not just in California but across the country. Extreme storms, droughts, disease and insects are stressing and killing trees, and these trees pose a growing threat of wildfires and to grid reliability, many large utilities say. The Dixie Fire in Northern California, which has already burned more than 950,000 acres, was likely sparked by a tree falling onto a power line. According to more than a dozen of the country’s largest utilities, branches and trees falling on power lines are a leading source of power outages. Some utilities say that because of factors related to climate change, trees are dying faster than they can reach them on their normal trimming cycles...”

Twin Threats: Climate Migrants Said to Face Greater Risk of Modern Slavery. A story at Thomas Reuters Foundation made me do a double-take; here’s an excerpt: “…Climate change acts as a “stress multiplier” on existing factors such as poverty, inequality and conflict that drive modern slavery, with those uprooted from their homes especially at risk, the report noted. It describes situations where people affected by climate change impacts – particularly women and girls – find themselves prey to trafficking agents or working merely to pay off escalating debts to employers. That might include people living in aid camps because their homes were destroyed in a storm, or female family members left behind at home after their male relatives migrate to cities in search of work as the family land becomes infertile. For example, in the wake of Typhoon Haiyan in the Philippines, in 2013, many survivors were coerced into working as prostitutes or labourers, the report noted. Costly and damaging annual floods in Assam, in north-east India, also have led to women and girls being forced into child slavery or forced marriage to make ends meet...”

Climate Change: World Now Sees Twice as Many Days Over 50C. BBC News has results of new research: “The number of extremely hot days every year when the temperature reaches 50C has doubled since the 1980s, a global BBC analysis has found. They also now happen in more areas of the world than before, presenting unprecedented challenges to human health and to how we live. The total number of days above 50C (122F) has increased in each decade since 1980. On average, between 1980 and 2009, temperatures passed 50C about 14 days a year. The number rose to 26 days a year between 2010 and 2019. In the same period, temperatures of 45C and above occurred on average an extra two weeks a year...”

Why We’re Experiencing So Many Hot Summer Nights. Dew points are consistently higher, there is more water in the air than a generation ago, which limits how much temperatures can cool at night. Here’s a clip from The New York Times (paywall): “…While average nighttime temperatures are on the rise, it’s the extremes — that is, the number of abnormally hot nights — that are rising the fastest. A small shift in the average can mean a large change in the frequency of extreme events, with big consequences for climate change. When the average temperature increases, the distribution of daily temperatures shifts towards its tail end. “We are making that tail fatter,” said Claudia Tebaldi, a climate scientist at the Pacific Northwest National Laboratory. “And so the possibility of experiencing a day that belongs to the tail is higher than it used to be.” There’s a saying among climate scientists: “The sting is in the tail.” Extreme weather, although rare, does the most damage...”

House Panel Expands Inquiry Into Climate Disinformation by Oil Giants. The New York Times reports: “The House Oversight Committee has widened its inquiry into the oil and gas industry’s role in spreading disinformation about the role of fossil fuels in causing global warming, calling on top executives from Exxon Mobil, Chevron, BP and Royal Dutch Shell, as well as the lobby groups American Petroleum Institute and the United States Chamber of Commerce, to testify before Congress next month. The move comes as Washington is wrestling with major climate legislation intended to slash the nation’s reliance on oil and gas, and in a year of climate disasters that have affected millions of Americans...”

Updated Climate Explorer Now Offers Projections for Entire US. NOAA’s Climate.gov has details: “The latest version of the Climate Explorer now offers climate projections for every county in the entire United States. The recent addition of climate projection data for Hawai’i and U.S. island territories in the Pacific Ocean and Caribbean Sea complements the tool’s original contiguous U.S (CONUS) coverage and the addition of data for Alaska in 2020. New features in the recent update help users read the tool’s graphs and maps to understand conditions projected for future decades...”

What is “Fire Weather” and Why Is It Getting Worse? WIRED.com (paywall) takes a look at the factors increasing the potential for larger, longer-lasting blazes in the west; here’s a clip: “…This is part of the reason fires are so much more catastrophic in California than in Kansas or Oklahoma: There’s just way more forest with way more accumulated fuel, and way more people living in harm’s way. To adapt, land managers in western states need to do more controlled burns, which will do the brush-clearing work that frequent, smaller wildfires used to do. Climate change has also forced some seemingly contradictory seasonal changes. Because a warmer atmosphere holds more water, the amount of precipitation may actually increase in the future, while the length of the wet season is shrinking. In California, rains typically arrive in October and last until March. Now they are coming later in the year. “The dry season will expand into the normal wet season,” says climate scientist Ruby Leung, of the Pacific Northwest National Laboratory…”

What Smart People Get Wrong About Climate Change Extremes. Here’s an excerpt from Bloomberg Green: “…A seminal paper published by the Bank for International Settlements warned that the “Knightian uncertainty” and “epistemic break” created by climate change present a deep challenge to monetary policy. But in practice the unknowns are still being overlooked. New scenarios produced for the central banks’ climate network in June, for example, only consider the effects of increases in temperature, excluding other factors such as extreme weather and sea-level rise. Pitman, director of a multi-university center on climate extremes in Australia who has also contributed to previous IPCC reports, points to financial stress tests and macroeconomic modeling as one example of where this kind of thinking goes wrong...”