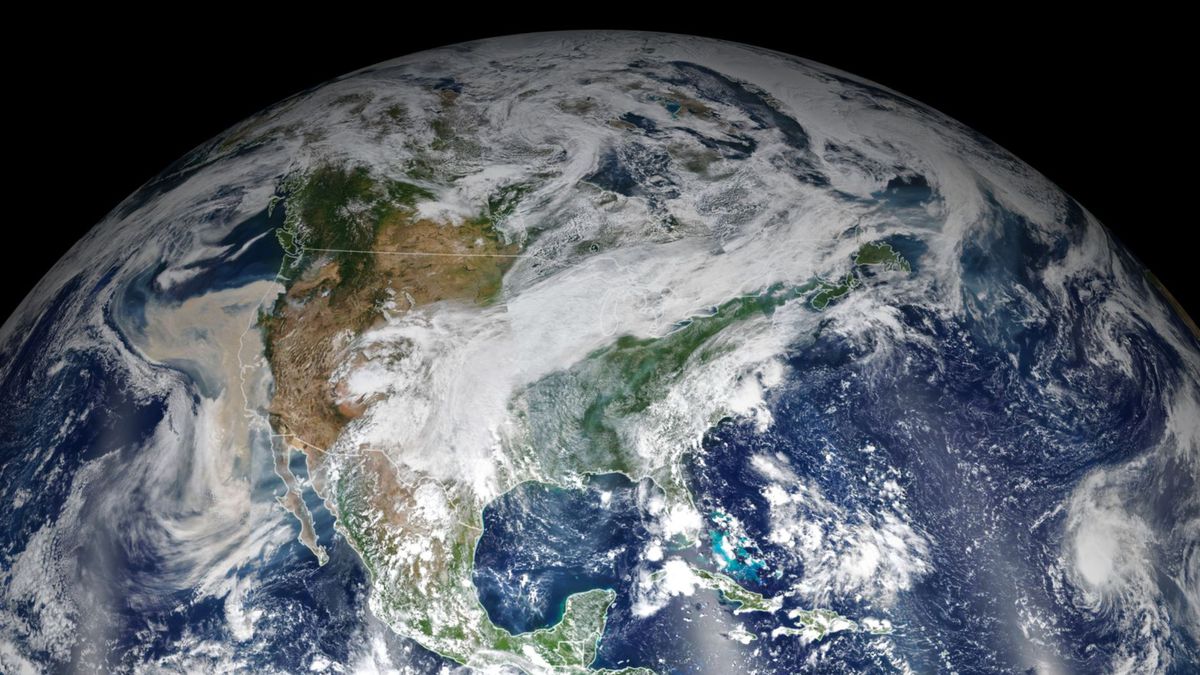 Beware of gloom and doom winter forecasts. They’re rarely right. The science just isn’t there. It’s the rough equivalent of predicting where the stock market (or pandemic) will be in February. Nope.

Keep in mind, only 1 in 4 Minnesota winters since 2000 has been colder than average. Our winters are trending shorter, milder and more fickle over time (sometimes it rains in January).

June through August was 3.9F warmer than average in Minnesota. Nationwide we tied 1936 (height of the Dust Bowl) for hottest summer on record, according to NOAA.

Minnesota’s drought is holding steady (not better or worse from last week) and I can’t get excited about rainfall amounts today. Spotty showers are likely, even a crackle of thunder.

Trending Chillier and Stormier by Mid-October? Long-range GFS guidance (above) predicts a series of storms approaching from the Pacific Northwest. My sense is wetter by mid-month, with a definite cooling trend the latter half of the month. We shall see.

Ida’s Impact On Louisiana Education Continues: Climate Nexus has headlines and links:”As the accounting of, and recovery from, Hurricane Ida drags on, nearly 10% of all schoolchildren are still stuck at home as school systems and local officials struggle to recover from Hurricane Ida. The 70,000 students still unable to go back to school are mainly located in just five parishes in the southeastern part of the state. “It’s kind of hard to comprehend the amount of damage,” St. Charles Parish Superintendent Ken Oertling told state lawmakers Tuesday. Hurricane Ida, which intensified incredibly rapidly over exceptionally warm Gulf waters bore many of the hallmarks of climate change, which is caused by the extraction and combustion of fossil fuels. The financial toll of Hurricane Ida on local school districts is immense. Lafourche Parish alone faces an estimated $100 in damages, nearly two-thirds of its $160 million annual budget. Ida’s impacts on Louisiana children’s education goes beyond just school buildings of course. “Our students can’t return, there is nowhere for them to live. [Whether they live in] apartment complexes, housing developments, trailer parks they haven’t been able to return,” Calcasieu Parish Superintendent Karl Bruchhaus told lawmakers.” (AP; Repair costs: The Advocate; Housing: WAFB; Overall recovery: AP; Climate Signals background: 2021 Atlantic Hurricane Season).

Air Pollution: The Silent Killer Called PM2.5. Here is an excerpt of a press release from McGill University in Montreal: “Millions of people die prematurely every year from diseases and cancer caused by air pollution. The first line of defense against this carnage is ambient air quality standards. Yet, according to researchers from McGill University, over half of the world’s population lives without the protection of adequate air quality standards. Air pollution varies greatly in different parts of the world. But what about the primary weapons against it? To find answers, researchers from McGill University set out to investigate global air quality standards in a study published in the Bulletin of the World Health Organization. The researchers focused on air pollution called PM2.5 – responsible for an estimated 4.2 million premature deaths every year globally. This includes over a million deaths in China, over half a million in India, almost 200,000 in Europe, and over 50,000 in the United States…”

As California Burns, America Breathes Toxic Smoke. I was amazed that the air quality over the Plains and Upper Midwest has been so bad in recent years. Here’s a clip from KCRW Features: “Western wildfires pose a much broader threat to human health than to just those forced to evacuate the path of the blazes. Smoke from these fires, which have burned millions of acres in California alone, is choking vast swaths of the country, an analysis of federal satellite imagery by NPR’s California Newsroom and Stanford University’s Environmental Change and Human Outcomes Lab found. The months-long analysis, based on more than 10 years of data collected by the National Oceanic and Atmospheric Administration, and analyzed down to the ZIP code level, reveals a startling increase in the number of days residents are breathing smoke across California and the Pacific Northwest, to Denver and Salt Lake City in the Rocky Mountains and rural Kentucky and West Virginia in Appalachia…”

Biden’s Climate Agenda is Hanging by a Thread. Axios explains: “Democrats’ pathway to moving huge new climate investments through Congress is looking narrower than ever as negotiations over wide-ranging tax and spending legislation reach a fever pitch. Driving the news: Washington is enmeshed in tricky talks over sweeping legislation that covers taxes, health and social spending, and of course energy and climate.

Here are a few notes from the cliffhanger on Capitol Hill…

Most of the Public Views Disasters, Storms as Increasingly Severe.And They Expect That Trend to Continue. Morning Consult (thank you Blois Olson) has details; here’s the intro: “As the country reels from yet another record-setting disaster season, a majority of U.S. adults are anticipating things will only get worse, per new polling from Morning Consult. Asked to reflect on the past five years, 61 percent of the public says disasters and storms have been getting more severe, while 30 percent say their severity has remained roughly steady; just 2 percent (within the poll’s 2-percentage-point margin of error) said they have gotten less severe. And 55 percent of adults say they expect the wildfires, hurricanes, floods and droughts that have become a feature of almost every season in recent years to become increasingly severe in the next five. Roughly one-third of respondents say they expect the status quo to remain…”

For the First Time, Most Americans Say Global Warming Is Currently Harming US. Truthout has the post: “More Americans than ever are worried about global warming, according to data that stretches back to 2008 from the Yale Program on Climate Change Communication (YPCCC) and George Mason University Center for Climate Change Communication. The increase is reflective of growing concern over the climate crisis as Americans experienced climate disaster after climate disaster this summer. The survey shows that, for the first time, a majority of Americans think that people in the U.S. are “being harmed right now” by global warming, with 55 percent of the 1,006 people surveyed responding as such. Furthermore, the amount of people who report being worried about global warming is at an all-time high, with 35 percent of respondents saying they’re “very worried” and 35 percent saying they’re “somewhat worried…”

Climate Change and Extreme Weather: Hurricanes, Wildfires and Flood Maps. Some interesting statistics via the CARTO Blog: “…Each year, the United States averages some 10,000 thunderstorms, 5,000 floods, 1,300 tornadoes and 2 Atlantic hurricanes, as well as widespread droughts and wildfires. Hurricane Ida was a deadly and destructive Category 4 Atlantic hurricane that became the second-most damaging and intense hurricane to make landfall in the U.S. state of Louisiana on record, behind Hurricane Katrina in 2005. Before Ida made landfall, BuzzFeed News created a series of maps, using data from the National Weather Service (NWS), forecasting the track, winds, rain, and flooding alongside areas with storm surge warnings and watches. Maps such as these allow authorities to make decisive emergency decision making with New Orleans Mayor LaToya Cantrell ordering the mandatory evacuation of all areas outside of the levee protections system...”

Greta Thunberg Roasts World Leaders on Climate in “Blah, Blah, Blah” Speech. CNN.com has the post: “Swedish activist Greta Thunberg mocked world leaders — including US President Joe Biden and the UK’s Boris Johnson — at a youth climate summit in Milan on Tuesday, saying the last 30 years of climate action had amounted to “blah, blah, blah.” Thunberg imitated the leaders by repeating their commonly used expressions on the climate crisis, shooting them down as empty words and unfulfilled promises. “When I say climate change, what do you think of? I think jobs. Green jobs. Green jobs,” she said, referencing Biden’s speeches on the climate crisis...”

Insurance Companies Worried About Climate Change: Climate Nexus has headlines and links: “Climate change has surpassed insurance companies’ concerns over diseases and pandemics, according to a new report released yesterday by French insurance company AXA. The report, which surveyed 3,500 insurance professionals, showed that global warming ranked number one among insurers’ biggest concerns. “Climate change is back at the top of the agenda,” AXA Chief Executive Officer Thomas Buberl said in a statement. “This is good news since last year we feared that the explosion of health risks may overshadow the climate emergency.” Climate risks have been on insurance companies’ radars for some time: climate worry also was at the top of the survey in 2018 and 2019, but the recent IPCC report illustrated how widespread and destructive climate-related disasters already are and will continue to be if the world does not rapidly reduce fossil fuel combustion while scaling up global resilience and adaptation efforts. The survey also found that more than four-fifths of the professionals surveyed lack faith in governments to combat the crisis.” (Bloomberg $)

The US Infrastructure Bill Doesn’t Go Far Enough to Climate-Proof the Electric Grid. Quartz examines the grid’s vulnerability to extreme weather events: “The future of the US electric grid will be on the line on Sept. 30, when the House of Representatives votes on a $1 trillion infrastructure bill that is at the heart of president Joe Biden’s agenda. The bill includes about $27 billion for the grid, including loans to utility companies to invest in climate change protections, cybersecurity and software upgrades, and funding for transmission projects. But the bill’s most important provision for the grid isn’t about money. It’s a tweak to an obscure law that should make it easier for developers to build long-distance, high-voltage transmission lines, a necessary ingredient for a grid with lots of renewable energy that has been stymied by jealous utilities. But it doesn’t go far enough, some experts say, to truly clear the path to one of Biden’s goals: a carbon-free grid by 2035...”

Climate Change and Wine. No, not the wine, please. Climate Central explains the trends: “Fine wine production is likely to shift due to climate change. Among agricultural products, wine grapes are one of the most sensitive crops to variations in temperature and precipitation. In the United States, the average growing season temperature (April-October) has risen 2.0°F since 1970. Premium wine grapes can only be grown in places that support a delicate balance of heat and precipitation. Globally, wine grapes are grown in areas where the average growing season temperature (spring through fall) occurs within a narrow range of 18°F. For some grapes, such as pinot noir, the average temperature range is a much narrower 3.6°F. Other climate change threats to wine production include exposure to wildfire smoke, extreme heat waves, heavy precipitation, unexpected spring frosts, and drought. And with shorter and milder winters, insects and other grapevine pests are having longer life spans...”