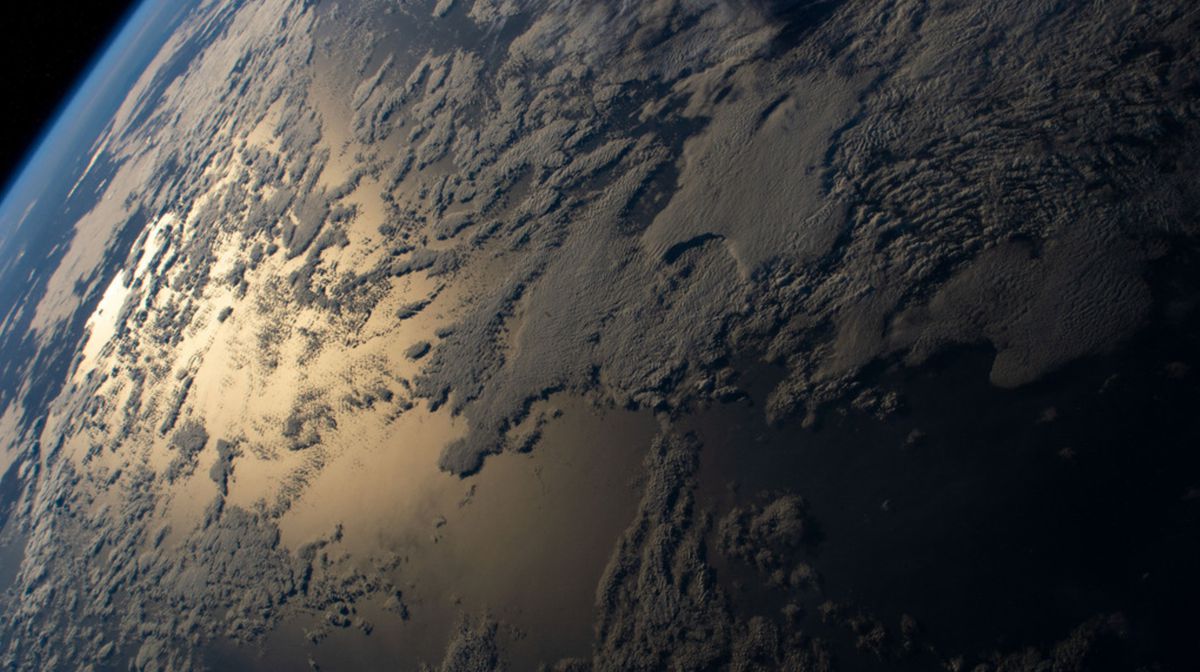 Reflecting On Another Supersized Summer

The outlook calls for more cold fronts in the weeks to come. A temperature recession is as inevitable as gravity as longer nights brew up increasingly nippy airmasses to our north.

That said, we just had another super-sized summer season. A 6-month boating season, in Minnesota? Yep. Of course, the downside was the worst drought in decades – a big price to pay for more simmering warmth.

I’m grateful for a tame autumn, to date. We could easily be butt-deep in snow. On this date in 1820 settlers at Ft. Snelling were digging out from under 11 inches of snow. 20 foot drifts were reported in Canby on October 13, 1880. Gulp.

Landspout, Tornado or Cold Air Funnel? Low-topped thunderheads were deceptive Wednesday afternoon – there was enough sheer to whip up a few touchdowns in Big Stone County, captured by Jason Haugen (a setting sun illuminating the funnel, giving it a white appearance). Cold air funnels do, on occasion, reach the ground with relatively minor damage. The National Weather Service will have more details on this apparent touchdown later today.

GFS: A Radical Departure. Yesterday NOAA’s premier global weather model was carving out a warm ridge of high pressure east of the Rockies in late October. Today’s solution looks (much) chillier with a deep trough of low pressure pushing into the Great Lakes and New England, with cold Canadian air in its wake. Confidence levels 2 weeks out are even lower than usual…

When Heat Index Isn’t Enough. To gauge the impact of heat waves in the future, NOAA will be using wet bulb temperatures, which factor not only temperature and humidity, but wind speed and solar radiation to better predict the potential impact on people. HeatRisk takes duration of heat, especially at night, to better predict cumulative risk over time.

Winters Getting (A Little) Snowier Close to Home? The latest 30-year averages up to 2020 suggest a slight uptick in seasonal snowfall totals over the northern tier states of the US, although with consistently milder temperatures that snow doesn’t seem to be sticking around quite as long.

Why Past Hurricane Seasons Don’t Tell Us Much About the Future. The hurricane data set is “lumpy” indeed, as highlighted in an illuminating post at FiveThirtyEight: “…Vecchi notes that the trend reflected after adjusting the historical values neutralizes the slow uptick we initially saw and opposes the idea that hurricanes have become more frequent in recent decades. What becomes more pronounced, however, is how variable the number of hurricanes can be within a decade, or even a single season. The dip in the 1970s and 1980s is a particularly obvious one, which Vecchi argues is due to a temporary increase in a phenomenon known as aerosol forcing. Anything that releases large quantities of nonuniform particles (think volcanic eruptions or sea spray) into the atmosphere can scatter or absorb solar radiation. That’s aerosol forcing. Ultimately, aerosol forcing can oppose the warming greenhouse effect and cause temperatures to cool…”

Your Guide to COP26, the World’s Most Important Climate Talks. Here’s an excerpt from an overview at Gizmodo: “…Many see this last COP as the world’s last chance to keep warming by the end of the century below 1.5 degrees Celsius, the more aggressive target laid out in the Paris Agreement, and negotiators will have that number in mind when talking things out. COP26 president Alok Sharma has often used the catchy slogan “keep 1.5 alive” in speeches about the meetings—a play on the phrase “1.5 to stay alive,” which small island nations popularized during the Paris discussions to push for more aggressive action. In Glasgow, negotiators will work on a lot of different mechanisms meant to help countries report climate targets and communicate with each other, including setting common timeframes for NDCs and a common transparency framework that helps countries see each other’s progress and build trust that everyone is doing their climate homework…”

See How Climate Change Could Put Coastal Cities, 2/3rds of World Population Underwater. NBC’s LX has the post; here’s an excerpt: “Rising sea levels could put as much as two-thirds of the global population underwater unless the world cuts emissions in half by 2030, according to a new report released Tuesday. The nonprofit Climate Central projects the Earth could warm by 3 degrees Celsius or more in this century, which would melt more sea ice and lead to rising water levels. At that level of warming, water would cover several American landmarks like the base of the Statue of Liberty, the steps of Independence Hall in Philadelphia, the boards of the Santa Monica Pier and the Houston Space Center. The U.S. would be far from the hardest hit. To withstand the tides, some of the world’s major coastal cities, especially in Asia, would need to implement “unprecedented global defenses” like seawalls. Or residents would have to abandon the area (and become climate migrants)…”

Geoengineering: We Should Not Play Dice With the Planet. TheHill has an Op-Ed on geoengineering; here’s a quote that caught my eye: “…While it’s appealing to think that a climate “band-aid” could protect us from the worst climate impacts, solar geoengineering is more like risky elective surgery than a preventative medicine. This supposed “climate fix” might very well be worse than the disease, drying the continents and reducing crop yields, and having potentially other unforeseen negative consequences. The notion that such an intervention might somehow aid the plight of the global poor seems misguided at best. When considering how to advance climate justice in the world, it is critical to ask, “Who wins — and who loses?” in a geoengineered future. If the winners are petrostates and large corporations who, if history is any guide, will likely be granted preferred access to the planetary thermostat, and the losers are the global poor — who already suffer disproportionately from dirty fossil fuels and climate impacts — then we might simply be adding insult to injury…”

Ben Santer on “Separating” and His “Small Part” in Understanding Climate Science. Yale Climate Connections has his post; here’s an excerpt: “…I have one final “lesson learned” from the past 29 years. My time at LLNL taught me that scientific understanding is always under attack by powerful forces of unreason. Such attacks cause great harm. They must be opposed. Demonizing science and scientists is dangerous for our health and for the health of our planet. When ignorance and alternative facts are elevated in public discourse, it’s critically important for scientists to speak science to power. To declare in public what they’ve learned, how they’ve learned it, and why that understanding matters. Remaining silent is not an option when well tested science is presented as unsettled or incorrectly dismissed as a hoax. I’m proud of the fact that in my 29 years at LLNL, I defended LLNL’s technical work on climate fingerprinting, even when such defense was politically inconvenient…”

Supposedly Pro-Climate Companies ‘Missing The Moment’ To Support Action — Report: Climate Nexus has headlines and links: “None of America’s largest “climate positive” corporations are fully supporting the country’s biggest and best legislative opportunity in over a decade to address the climate crisis and move toward alignment with the Paris Agreement, a new report shows. The report, a collaboration of ClimateVoice and InfluenceMap found none of the top 20 “climate positive” companies have endorsed the climate policies of the Build Back Better Act, supported its revenue raising provisions, and opposed lobbying against the bill by trade associations; 12 met none of those requirements. Those companies — 3M, Cisco Systems, Coca-Cola, Google, HP, Johnson & Johnson, McDonald’s, Nike, PepsiCo, Pfizer, Qualcomm, and Tesla — are “missing the moment,” the report said. “This is our shot at national policy,” ClimateVoice founder Bill Weihl told Grist. If these companies don’t step up, “they are going to be held to account for years to come.” (Grist).

At Least 85% of the World’s Population Lives in Areas Affected by Climate Change: Study. The Washington Post (paywall) has details: “At least 85 percent of the global population has experienced weather events made worse by climate change, according to research published Monday in the journal Nature Climate Change. After using machine learning to analyze and map more than 100,000 studies of events that could be linked to global warming, researchers paired the analysis with a well-established data set of temperature and precipitation shifts caused by fossil fuel use and other sources of carbon emissions. These combined findings — which focused on events such as crop failures, floods and heat waves — allowed scientists to make a solid link between escalating extremes and human activities. They concluded that global warming has affected 80 percent of the world’s land area…”

Deadly Heat is Baking Cities. Here’s How to Cool Them Down. WIRED.com (paywall) takes a look at the leading weather-related cause of death in the US: “…As global temperatures rapidly climb, scientists, governments, and activists are scrambling for ways to counter the heat island effect. According to the World Health Organization, the number of people exposed to heat waves jumped by 125 million between 2000 and 2016. Extreme heat kills more Americans than any other natural disaster, and is especially dangerous for folks with preexisting conditions like asthma. By 2050, seven in 10 people will live in cities, says the World Bank. That will be a whole lot of sweltering humans. “I really see cities as kind of a canary in the coal mine type of situation, where you have a little bit of a harbinger of what the rest of the planet could be experiencing,” says Portland State University climate adaptation scientist Vivek Shandas, who has studied the heat island effect in over 50 US cities...”

Climate Scientists Created a SWAT Team for Weather Disasters. Bloomberg Green has the story; here’s an excerpt: “When weather disaster strikes, observers near and far ask the same question: Climate change—is it or isn’t it? The simplest answer, yes, lacks specificity. All weather is a joint human-nature venture, because we’ve made the atmosphere hotter than it’s been in 125,000 years. Disasters are nothing new. Assigning blame for them is. A breakthrough out of the U.K. is providing better, more nuanced answers faster with powerful implications for citizens, first responders, and the media. Friederike Otto is at the heart of it. Otto is a climate scientist at Imperial College London and co-leader of World Weather Attribution, a research collaboration that quickly analyzes if or how climate change has made extreme weather somehow worse—more intense, more likely, or deadlier. It’s a small, nimble, and—because of a current lack of funding—mostly volunteer effort assembled to bust science out of the academic quad and let a curious public know when climate change affects them in the most direct and personal way...”

Picturing Our Future. How will steadily rising seas impact coastal cities and future development and conservation efforts. Climate Central takes a look with an amazing series that pictures how encroaching water will impact major metropolitan areas around the world: “About 50 major cities around the world are at risk of losing most of their developed areas to unremitting sea level rise over the next century and beyond. New research from Climate Central scientists, in collaboration with others from Princeton University and the Potsdam Institute for Climate Impact Research in Germany, shows that nations will need to mount globally unprecedented defenses to protect populations in these areas under the 3°C emissions pathway. The peer-reviewed research has enabled Climate Central to develop Picturing Our Future, a collection of powerful visual tools to communicate the future risks of warming and to show what we can save...”