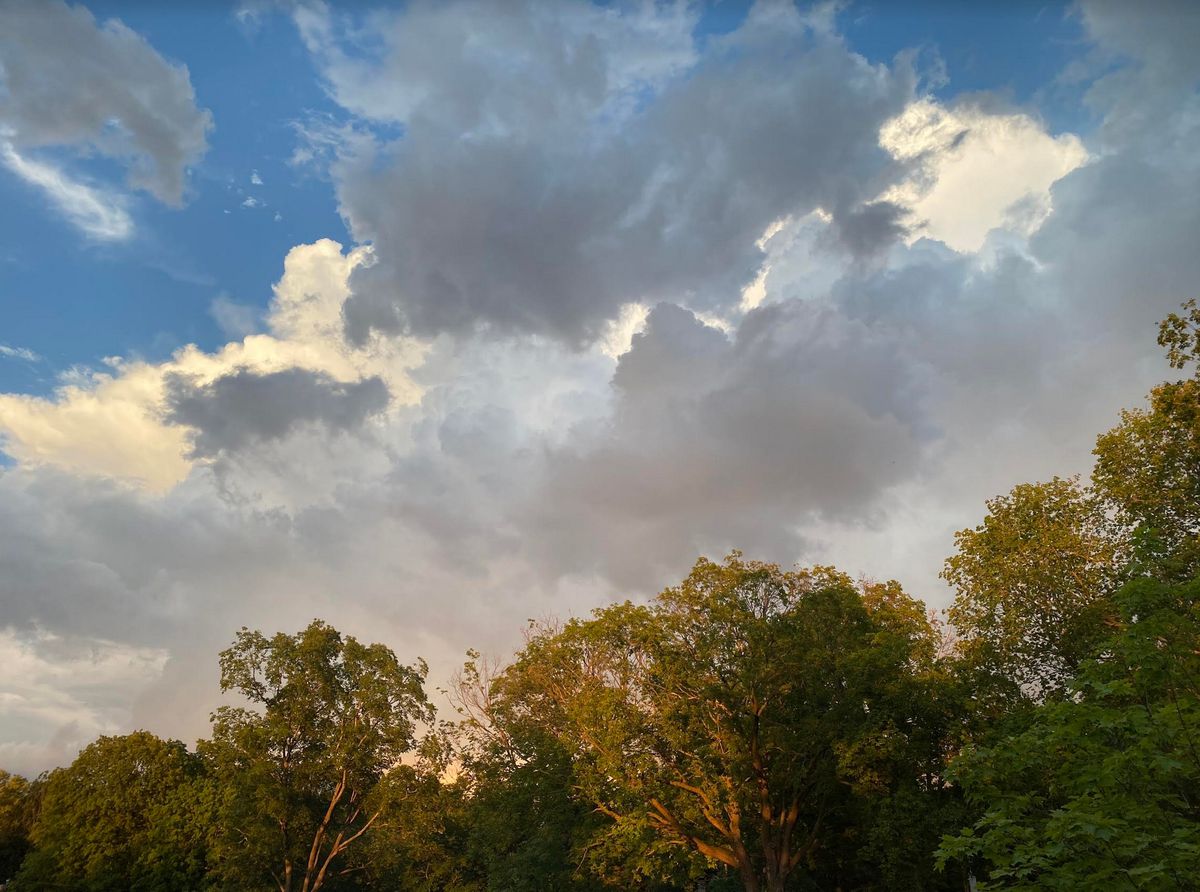 With Canada cooling off rapidly, late October can bring jaw-dropping storms. California went from extreme drought to Biblical flooding in the meteorological blink of an eye: reports of mudslides, flooding, and 5-10 feet of snow in the mountains.

Mild(er) Signal Reemerges by Mid-November. We’ll see a few hardier shots of Canadian air the first week of November, but GFS model guidance suggests a return of ridging over the northern Rockies and southern Canada in roughly 2 weeks, as a classic omega-block pattern proves resilient, with a tendency toward stormy weather for the east and west coast.

October Snowfall. Rapid City gets the Golden Snow Shovel Award with over 5” of snow; the only Minnesota reporting station seeing flurries so far this month is Duluth.

“Atmospheric River” Swings Northern California from Drought to Flood. Like flipping on a light switch, according to a post at Axios.com: “A series of powerful “atmospheric river” storms are delivering historic amounts of rainfall across parts of drought-stricken California and the Pacific Northwest. The atmospheric river, packing large amounts of moisture, was causing Northern California to whiplash from drought to flood, as it slowly moved south overnight. It’s triggered widespread power outages, flooding and mudslides. The storm system claimed the lives of two people in Washington state after a tree fell on a vehicle amid powerful winds Sunday. The storm is associated with a record-strong “bomb cyclone” off the Pacific Northwest, which was forecast to remain at sea. But it’s bringing wind gusts of up to 60-70 mph and greater than 40-foot waves off the coasts of northern California, Oregon, Washington and British Columbia…”

Official NOAA Forecast Includes Possible Impacts of Brewing La Nina. CNN.com has an overview; here’s a clip: “…A wetter-than-normal season is forecast for portions of the Midwest, Ohio Valley and New England, as well, NOAA said. La Niña could impact the drought “significantly,” NOAA said. “There tends to be below-normal precipitation along the southern tier of the US, and with that being the expectation for what we are favoring in the outlook, we do expect the drought to persist along many places in the Southwest,” Gottschalck said. Even with a stronger monsoon season in the Southwest, that wasn’t enough to quell the drought. But remember: This is a seasonal outlook — not the day-to-day forecast. There will be extreme variability in the day-to-day forecast, including extremely cold days in the South, as well as drier weeks in the North...”

If Clouds Are Made of Water, How Do They Stay in the Air? WIRED.com (paywall) has a wonky post filled with wonderful math that explains what’s really happening; here is a clip: “…So, imagine a wind blowing a tiny drop of water upward at a speed of 1.5 m/s. The upward-pushing air resistance can have the same magnitude as the downward gravitational force. The drop will have zero velocity and zero net force. It will just stay there. So this is what is happening with the clouds: The water droplets are small enough that the upward-pushing force of the air can keep them suspended aloft. But it can’t keep them at the same altitude forever. Any droplet with a large enough radius will eventually get overwhelmed by the downward pull of gravity. Basic physics shows that clouds don’t have to float—they fall, but they fall really slowly…”

Climate Change: Greenhouse Gas Build-up Reached a New High in 2020. And that was during a global pandemic with less driving and flying than in 2019. BBC News has details: “The build-up of warming gases in the atmosphere rose to record levels in 2020 despite the pandemic, according to the World Meteorological Organization. The amounts of CO2, methane and nitrous oxide rose by more than the annual average in the past 10 years. The WMO says this will drive up temperatures in excess of the goals of the Paris agreement. They worry that our warmer world is, in turn, boosting emissions from natural sources…”

Climate Change is a Serious Threat to America’s Financial System. Mother Jones and Huffpost explain why concern is rising: “Climate change could bombard the US financial system on many fronts, and the nation’s growing dependence on natural gas for heating and electricity requires particular scrutiny as regulators scramble to catch up on the threat. That’s the conclusion of a landmark report from the Financial Stability Oversight Council, the federal entity established after the Great Recession to guard against future economic disasters. It marks the first time the council has deemed climate change an “emerging threat” to the US economy since the council was created as part of the Dodd-Frank financial reforms of 2010. “Are we behind? Of course we are,” a senior administration official on the council, who declined to be named on the record, said on a press call. “This is the starting gun going off for the US financial regulatory system...”

Nearly Half of Americans Who Plan to Move Say Natural Disasters, Extreme Temperatures, Factored Into Their Decisions to Relocate: Survey. Interesting findings from Redfin.com: “Many Americans are factoring climate change into their decisions about where to live, according to a new Redfin survey. About half of respondents who plan to move in the next year said extreme temperatures and/or the increasing frequency or intensity of natural disasters played a role in their decision to relocate. More than a third (36%) said rising sea levels were a factor. Redfin commissioned a general-population survey of 2,000 U.S. residents from Feb. 25, 2021 to March 1, 2021 to learn how Americans are thinking about climate change. The first section of this report focuses on the 628 respondents who indicated that they plan to move in the next 12 months...”

Net-Zero Proclamations From The Persian Gulf: Climate Nexus has headlines and links: “Saudi Arabia, the world’s biggest oil exporter, says it will eliminate climate pollution, domestically, by 2060. The plan on relies heavily unproven carbon capture and sequestration technology, not on the reduction of fossil fuel use. The announcement made by Crown Prince Mohammed bin Salman, who approved the murder and dismembering of journalist Jamal Khashoggi, does not apply to pollution caused by the overseas combustion of oil and gas extracted in Saudi Arabia and exported, which accounts for approximately 10% of all global oil consumption. The CEO of Saudi Aramco said on Saturday the company is seeking to reach net-zero emissions from its operations, though not its product, by 2050. The state news agency of Bahrain also reported Sunday that country aims to reach net-zero carbon emissions in 2060.” (Saudi Arabia: Washington Post $, Bloomberg $, The Hill, FT $, Axios, Reuters; Saudi Aramco: Reuters; Bahrain: Reuters)

Fossil Fuel Execs to Testify at “Landmark” Hearing Focused on Climate Disinformation. More perspective from Axios: “The House Committee on Oversight and Government Reform announced on Friday it will hold a “landmark” hearing next week with fossil fuel executives focused on the industry’s role in spreading climate disinformation. This is the first time oil company CEOs, and the head of their main trade group, will testify under oath about their knowledge of the link between burning fossil fuels and climate change, per Axios’ Andrew Freedman. The hearing will take place on October 28th and top executives from ExxonMobil, BP America, Chevron, and Shell Oil are slated to appear, as are trade group execs from the American Petroleum Institute and President and the U.S. Chamber of Commerce…”

Yes, There Has Been Progress on Climate. No, It’s Not Nearly Enough. The New York Times (paywall) has perspective: “…In 2014, Climate Action Tracker estimated that the world was on track for nearly 4 degrees Celsius of warming by 2100, compared with preindustrial levels. Warming of 4 degrees has long been deemed a worst-case scenario. One assessment by the World Bank explored the risks, such as cascading global crop failures, and bluntly concluded that 4 degrees “simply must not be allowed to occur.” This year, however, Climate Action Tracker painted a more optimistic picture, because countries have started doing more to restrain their emissions. Current policies put the world on pace for roughly 2.9 degrees Celsius of warming by 2100...”