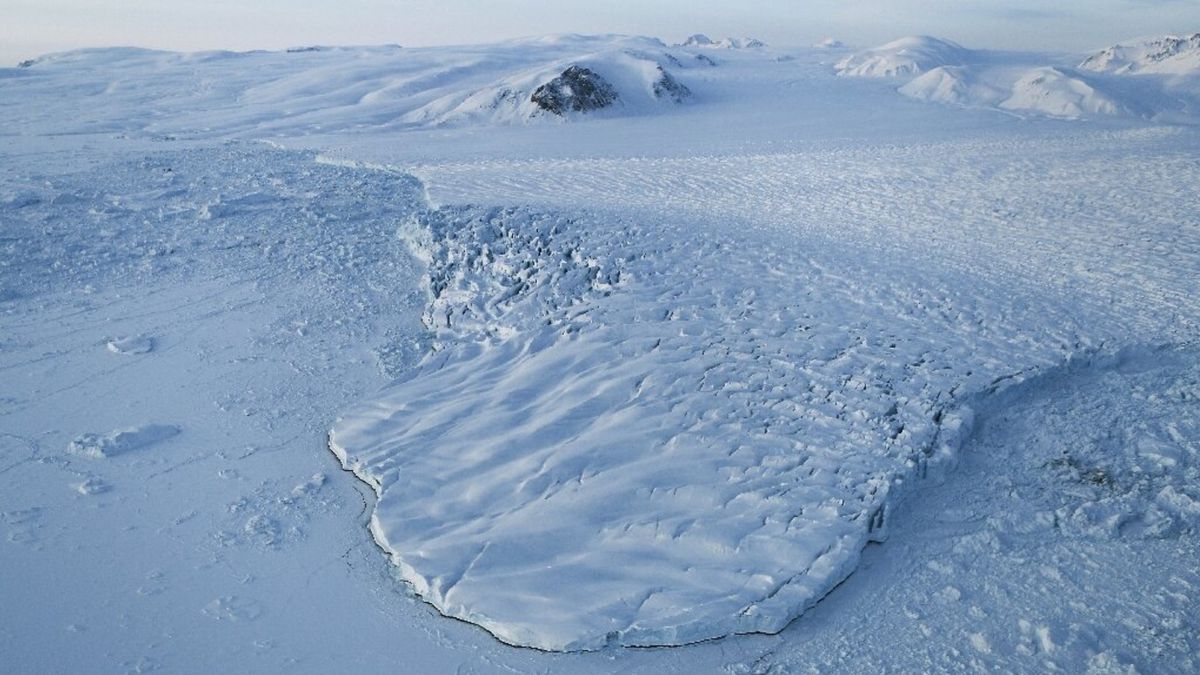 Preparing For An Indian Summer Weekend

It looked like the world was covered in a cobbler crust of brown sugar and cinnamon, wrote North Carolina novelist Sarah Addison Allen. The scene outside my frosty window is crunchy, with shades of rust and lemon. The leaves have largely left, and now that we experienced the first frost of the season, we can call this weekend’s warm front “Indian Summer”.

Pattern Favors Major East Coast Storms. Parts of the Great Lakes and New England may stand a better chance of a white Thanksgiving than the Upper Midwest, if NOAA’s GFS solution, valid Tuesday evening, November 16 verifies. It shows a massive cut-off low, a storm incubator, over the northeastern US with relatively mild weather over roughly the western half of the USA.

What is a “Medicane”? No, It’s not health care – think of them as mini tropical systems that form in the Mediterranean Sea. CNN.com has more details: “…Medicanes are very much like hurricanes,” says Dr. Richard Seager of Lamont-Doherty Earth Observatory at Columbia University. He told CNN that because medicanes are “geographically confined over the Mediterranean Sea and are surrounded by land” they are typically smaller than a hurricane and often dissipate quicker. We are accustomed to seeing a hurricane form over warm tropical oceans, but a medicane can evolve and even sustain itself with significantly cooler water. Hurricanes require surface water temperatures of 26°C (79°F) to form and strengthen, while medicanes have been known to form within water temperatures of only 15°C (59°F)...”

Tree Rings Show Modern Cyclones Are Rainiest in Centuries. WIRED.com has details: “...A recent study addresses this question by using tree rings to reconstruct hundreds of years of seasonal cyclone precipitation levels. The studied trees, some over 300 years old, show that precipitation extremes have been increasing by 2 to 4 millimeters per decade, resulting in a cumulative increase in rainfall of as much as 128 mm (5 inches) compared to the early 1700s. The greatest increases have occurred in the past 60 years, and recent extremes are unmatched by any prior events. Beyond establishing these reconstructed historical records, researchers are working with these data sets to improve forecasts of what this region might expect in the future...”

Weather Phobias in a Time of Severe Storms. I learned a few new weather-related phobias, thanks to a post at Greek Reporter: “…In addition to the more common weather-related phobias, there are a number of rare meteorological fears, including cryophobia, or fear of the cold, and chionophobia, or fear of snow. Kruo/Kρύο means cold in Ancient Greek, and chion/χιών refers to snow. On the opposite end of the weather spectrum, there are two phobias related to the warmer months — heliophobia and thermophobia. Heliophobes are afraid of the sun (ilios/ήλιος in Greek), and thermophobes fear warm temperatures. Thermos, or θερμός, means warmth in Greek. Fog tends to lend a creepy air to any landscape, but most people don’t fear the dew itself. Those who do, however, have homichlophobia, which stems from the Ancient Greek word for fog, omichli/ομίχλη…”

Biden Unveils New Rules to Cut Methane From Oil and Gas Operations. The Washington Post (paywall) reports: “More than 90 countries have signed the Global Methane Pledge, which requires a 30 percent cut in methane emissions by 2030, one of the Biden administration’s priorities for the current climate summit in Glasgow. The pledge’s signatories now include six of the 10 largest methane emitters and about 45 percent of global methane emissions. The Biden administration also unveiled a sweeping set of domestic policies Tuesday to cut emissions of methane from oil and gas operations across the United States. The proposals, announced at the U.N. climate summit known as COP26, represent one of the president’s most consequential efforts so far to combat climate change...”

Climate Change: Extreme Weather Events Are The New Norm. A warmer, wetter, more volatile climate is flavoring all weather now, making the most intense events even more intense, according to BBC News: “The accompanying rise in temperatures is propelling the planet into “uncharted territory” says the report, with increasing impacts across the planet. “Extreme events are the new norm,” said WMO’s Prof Petteri Taalas. “There is mounting scientific evidence that some of these bear the footprint of human-induced climate change.” Prof Taalas detailed some of the extreme events that have been experienced around the world this year.

Twitter Takes Aim at Climate Misinformation at COP26. Axios has details; here’s a clip: “…Twitter on Monday will roll out a new program designed to “pre-bunk” climate misinformation, or get ahead of false narratives about climate by exposing people to more accurate information about the crisis on its platform. The pre-bunks, which include authoritative information about topics like the science backing climate change and global warming from experts, will appear in users‘ “explore” tabs, ”search” portals, and Twitter trends lists. The company says it’s working with a range of experts globally to provide context on topics that are going to be discussed during COP26. The company will also host relevant organizations via Twitter Spaces (live conversations)…”

Extreme Greenland Ice Melt Raised Global Flood Risk: Study. Here’s an excerpt and link from Phys.org: “The 3.5 trillion tonnes of Greenland’s ice sheet that has melted over the past decade has raised global sea levels by one centimeter and is heightening worldwide flood risks, new research showed on Monday. The ice sheet atop the world’s largest island contains enough frozen water to lift oceans some six meters (20 feet) globally, and extreme melting events there have been increasing in frequency for at least 40 years. Although it is one of the most studied places on Earth by climatologists, Monday’s research is the first to use satellite data to detect Greenland ice sheet runoff. Writing in the journal Nature Communications, researchers said that Greenland’s meltwater runoff had risen by 21 percent over the past four decades…”

Historical Precedents and Feasibility of Rapid Coal and Gas Decline Required for 1.5C Target. It has been done before, but on a much smaller scale, argues a review at One Earth: “…Fast transitions to low-carbon power sources are needed, yet it is unclear whether historical precedents for such transitions exist. The most similar shifts away from fossil fuels occurred in the 1970s and 1980s, when rapidly growing Western countries replaced oil with nuclear power and coal. Other cases of rapid decline in large countries involved switching one fossil fuel to another or in post-socialist countries following the collapse of the Soviet Union. More recently, the Organization for Economic Co-operation and Development (OECD) countries have been successfully replacing coal with renewables, but electricity demand growth is lower in these countries, and fossil fuel power plants are generally older. The findings from the study indicate that an unprecedented effort will be required to de-carbonize Asia’s energy sector and meet climate targets...”

There’s No Cheap Way to Deal with the Climate Crisis. ProPublica talks about the need to adequately fund resilience and adaptation to a warmer, more volatile climate system: “…The bills for natural disasters and droughts and power outages are already pouring in. Within a few decades, the total bill will be astronomical, as energy debts surge, global migration swells and industrial upheaval follows. The scale of the threat demands a new way of thinking about spending. Past budgets can no longer guide how governments spend money in the future. Some economists and climate scientists have calculated that climate change could cost the United States the equivalent of nearly 4% of its gross domestic product a year by 2100. Four percent is likely a conservative estimate; it leaves out consequential costs like damages from drought and climate migration. It assumes the United States and other nations eventually move away from energy generated by oil, coal and natural gas, though not as immediately as many say is needed…”

Climate Deniers Shift Tactics to “Inactivism”. A post at Scientific American interviewing Dr. Michael E. Mann explains: “...I use whole bunch of “D” words to describe this: deflection, delay, division, despair mongering, doomism. To start with, there is an effort to deflect attention away from systemic solutions. They are trying to convince people that climate change is not the result of their corporate policies but of our own individual actions. I mean BP [a multinational oil and gas company headquartered in London] was instrumental in the whole idea of a carbon footprint. They introduced the carbon footprint calculator to help get people to think of this as an individual-responsibility issue…”

40 Years Ago Scientists Predicted Climate Change. They Were Right. Here’s an excerpt from Sci Physics: “Forty years ago, a group of climate scientists sat down at Woods Hole Oceanographic Institution in Massachusetts for the first meeting of the “Ad Hoc Group on Carbon Dioxide and Climate”. It led to the preparation of what became known as the Charney Report – the first comprehensive assessment of global climate change due to carbon dioxide. It doesn’t sound as impressive as landing on the Moon, and there certainly weren’t millions waiting with bated breath for the deliberations of the meeting. But the Charney Report is an exemplar of good science, and the success of its predictions over the past 40 years has firmly established the science of global warming...”