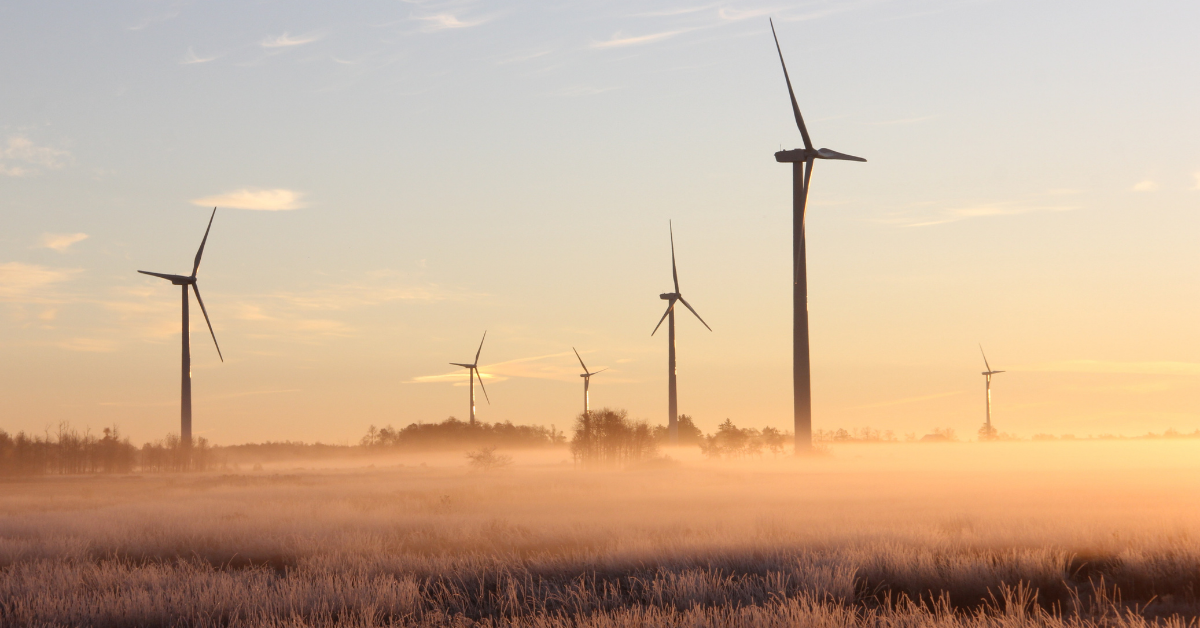 The Clean Energy Revolution Will Be Weather-Optimized

The only predictable thing is change. You can live in the past, or you can embrace the future. My take: With few exceptions, what worked in the 1970s probably won’t work in the 2030s. Technology evolves and improves, and policy imperatives shift over time. The climate crisis demands creativity to power the economy without emitting more greenhouse gases into the atmosphere. Earth is approaching a tipping point — one that requires new and reliable sources of clean energy.

A Brief Overview of Energy in the United States

In the United States, renewable sources of energy generation are accelerating, accounting for 21% of electricity generation in 2020. On the other hand, the use of coal – the dirtiest form of fossil fuel power generation — is in a free-fall due to increasing prices and regulatory concerns. Natural gas, which contributes roughly half as much greenhouse gas, currently provides about 40% of America’s power generation. 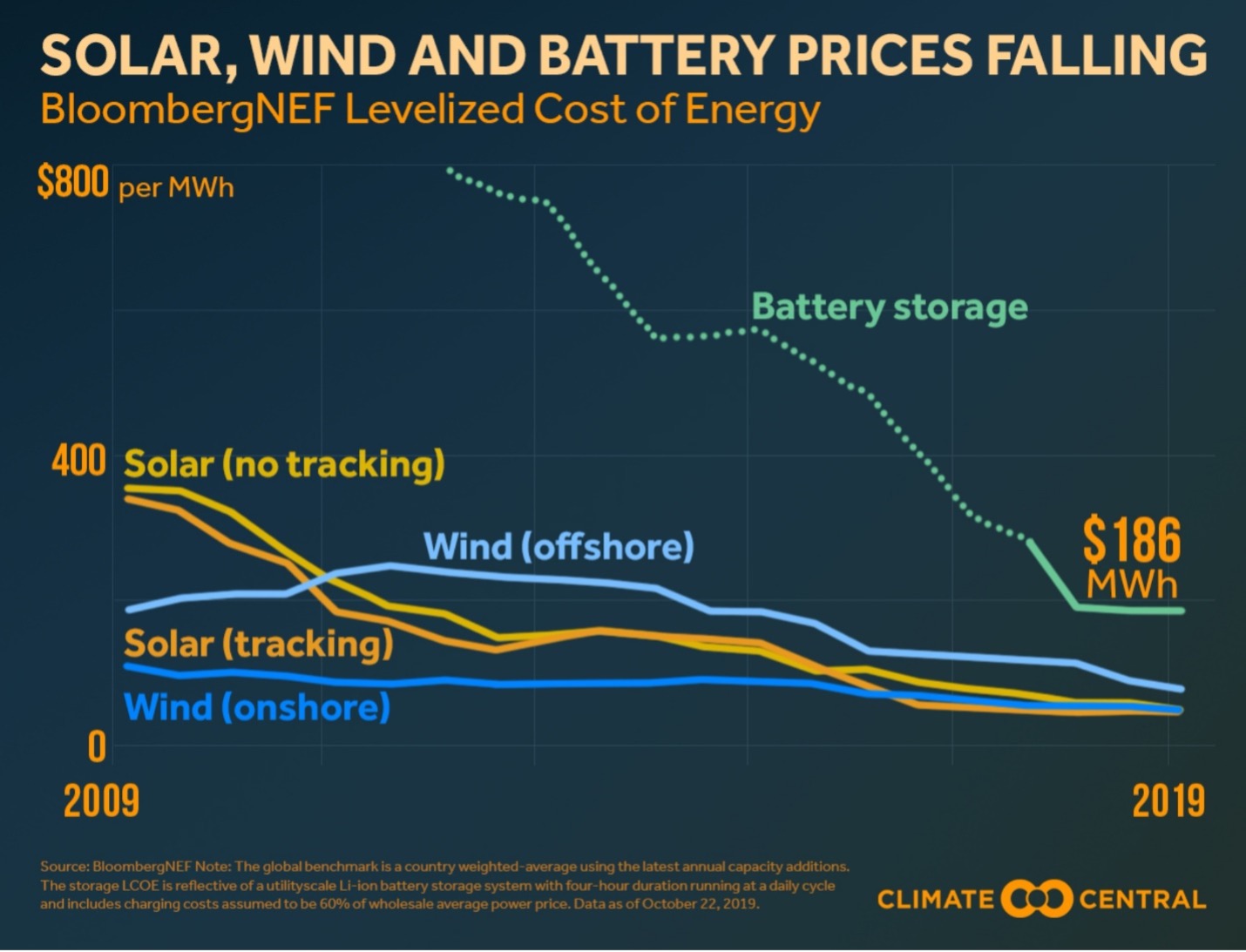 Growing concerns about climate change and weather extremes aside, altruism is not the primary driver of these changes. The increase in renewable energy usage is largely tied to falling costs when compared to fossil fuel sources. In addition, many renewable technologies used by farmers for centuries have seen exponential improvements. For example, wind turbines have long been used for irrigation, while solar energy and photosynthesis are paramount to growing crops in fields and greenhouses to feed the world’s growing population.

Renewable energy from the sun and wind is variable by nature. We have calm days, cloudy days, and, inevitably, nights. However, energy storage — specifically, increasingly sophisticated batteries — allows excess clean energy to be saved for use on those overcast or stagnant days. Energy storage exists alongside other short- and long-term storage technologies, distributed energy resources (DERs) like Demand Response, microgrids, and utility grid-scale transmission and generation improvements — all working together to ensure the balanced grid of the future.

On top of battery improvements, the cost of lithium-ion energy storage has plummeted ten-fold in the last decade, from over $1,000/kWh in 2010 to around $100/kWh in 2020. Optimizing the future-state energy grid will require an immense amount of real-time and historical data. Companies with analytical insight engines and data repositories will be in a position to benefit as our energy grid evolves. In turn, this will allow businesses and consumers to benefit from falling costs of increasingly local, micro-grid power generation. 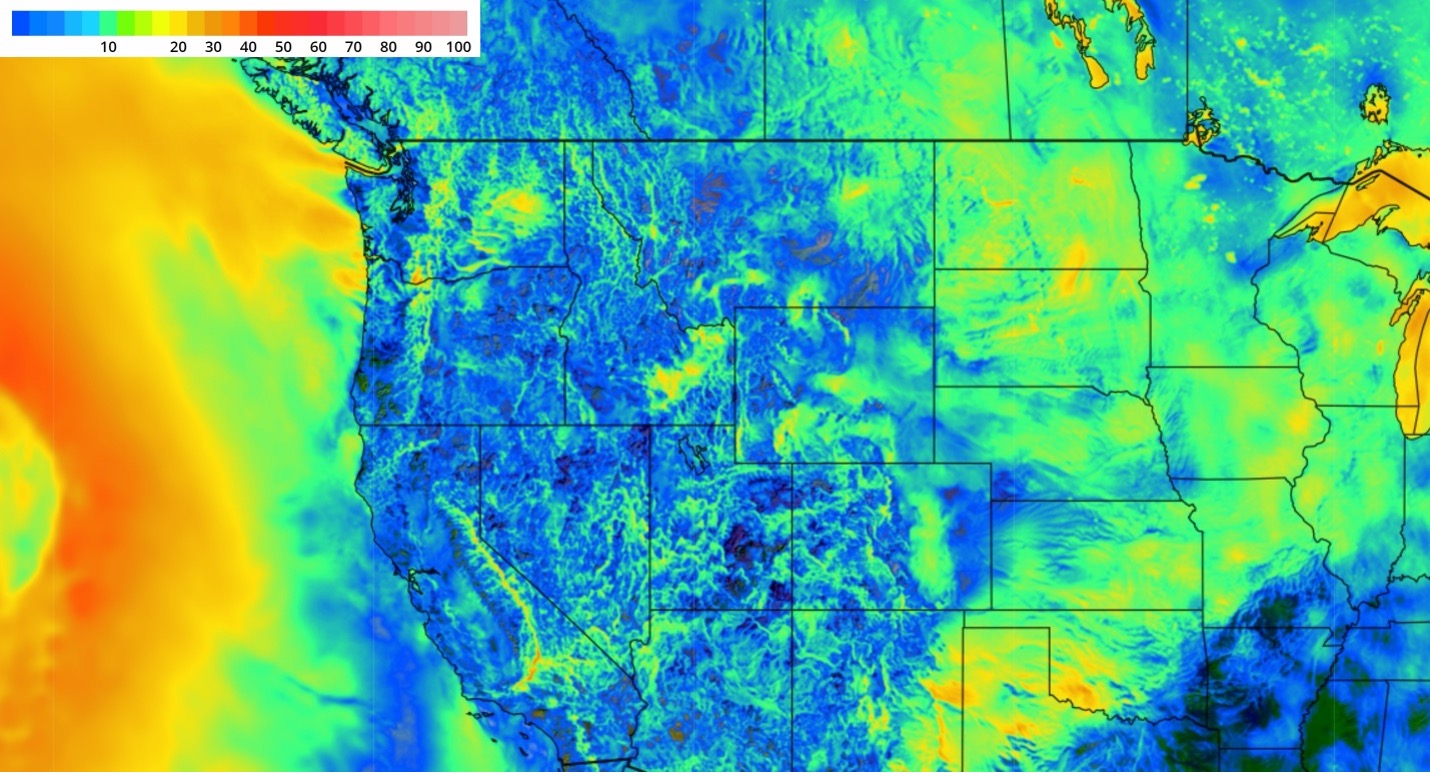 I recently interviewed subject matter experts at Power Factors, a San Francisco-based company leading the way into the brave, new, renewables-centric world. Power Factors provides the analytical tools needed to navigate a new realm of clean energy generation. The key? Smart, adaptable software: “Power Factors’ software helps owners of hybrid renewable power plants (solar or wind plus storage) economically optimize the charge/discharge cycle of their battery systems, so that energy demand and supply can be met in real-time, in the most profitable manner,” said Steve Hanawalt, Power Factors’ co-founder and executive vice president. “When renewable energy makes up a larger portion of the grid’s production, being able to forecast electricity generated by those resources is more important than ever before when it comes to balancing the grid,” added Will Troppe, Director of Product at Power Factors.

Innovative software tools like those Power Factors supplies can enable a new wave of electricity providers to offer competitive pricing and services. Nothing is left to chance. However, weather extremes are gaining in severity, which can create roadblocks in clean power generation. Smoke from western wildfires can reduce solar irradiance. Pervasive drought increases atmospheric dust, reducing solar panel efficiencies and, severe hailstorms can damage modules in systems that aren’t equipped with advanced tracker stow technologies. Storms of all shapes and sizes can not only impact solar arrays, but also wreak havoc on wind turbines. This is where smart software comes into play, enabling operators to optimize clean energy production with an eye toward current and future weather conditions.

To get a full understanding of the weather vulnerabilities faced by utilities, one could simply look at recent news headlines. Examples might include ERCOT’s handling of a freak arctic cold front pushing into Texas, or Pacific Gas and Electric’s legal culpability in 2019 wildfires that ravaged portions of northern California. Such increasingly severe weather events require continuous data streams from weather APIs to better set expectations and alert operators of rare weather events like wildfires, floods, or intense hurricanes. Weather of this nature can throw wrenches into daily operations and power generators’ ability to keep the grid running. “Weather variability caused by climate change has led to a rise in anomalous events, like hurricanes, flooding, and winter storms in Texas. Companies that can see these events in advance and plan around them are best positioned to overcome them,” according to Troppe. 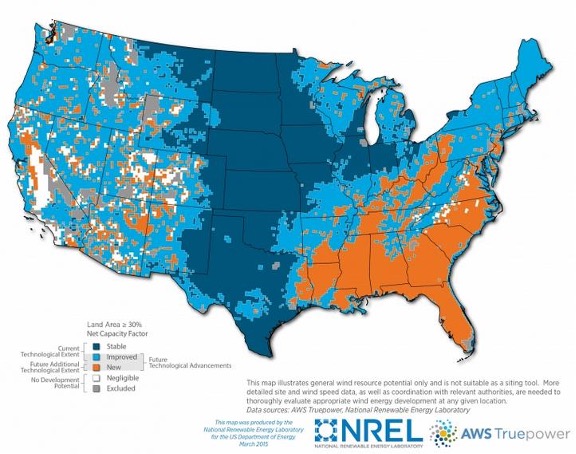 What we’re seeing today is the democratization of power generation. Extended outlooks call for fewer and smaller fossil-fuel-powered utilities. The next-generation power grid will receive input from countless sources, from rooftop solar panels to fleets of increasingly efficient wind turbines. The United States is the “Saudi Arabia of wind energy:” We are only scratching the surface of what is possible, and, many experts predict, inevitable.

Power Factors’ Hanawalt agrees: “We once thought that power generation had to be run by a few electric utilities with large central stations located far away from the energy consumers. We think of wind and solar power as the “second and third wave” of the global privatization of the electric grid.”

As signs of a warming planet become harder to deny, will we transition to a world run on responsibly generated electricity? Can low-emission, data-fueled clean energy methods help us avoid a worst-case scenario for the planet? On this, Hanawalt remains cautiously optimistic. “In most locations in the world, solar and wind are the cheapest forms of electricity, and, in a few years, solar will be even cheaper than the most efficient traditional power plant. With the advent of low-cost storage, why ever build a fossil power plant again?”