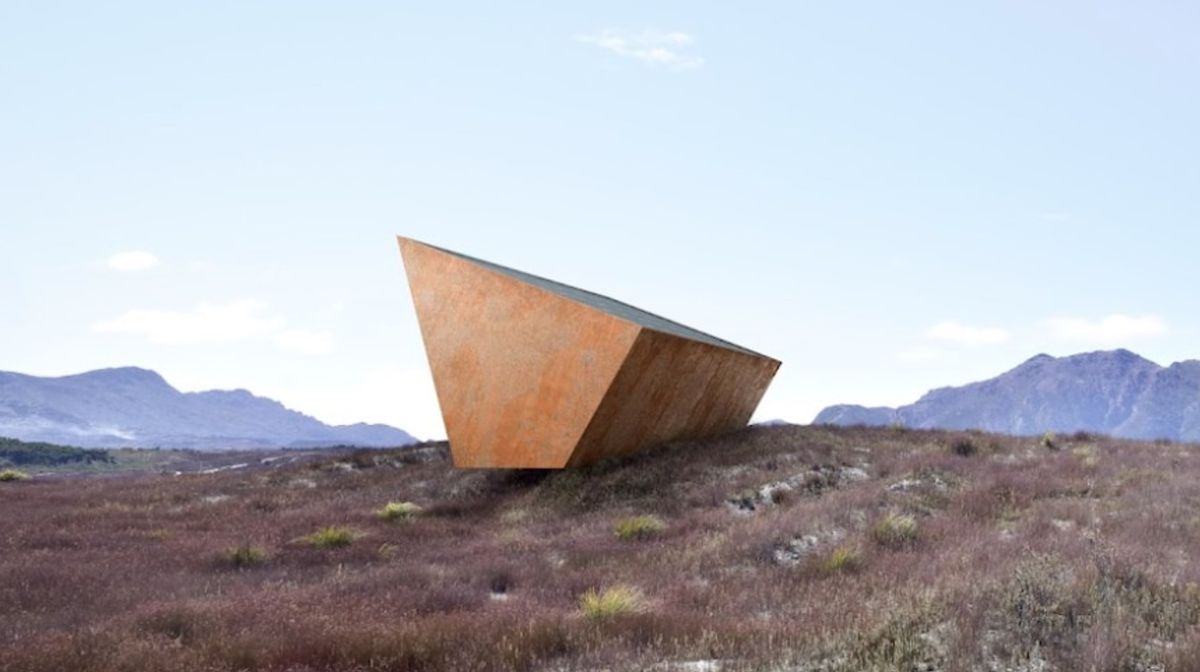 Talk about weird weather gyrations. Monday morning we woke up to a wind chill of -16F in the metro. Models are hinting at 50s next week, a week before the Winter Solstice. Clickbait? Weather hype? Perhaps.

We will have snow piles, which will put the brakes on how warm it can get. The sun angle is about as low as it ever gets. Caveats aside, a nice (?) warming trend is likely by midweek; possibly 20-25F above average.

But first we have to focus on a storm about to track from Denver to Chicago. Models keep the heaviest snow bands south of MSP; a Winter Storm Watch is now posted for southeastern Minnesota Friday. But a few inches of slushy snow may cake the Twin Cities during the PM hours Friday; maybe 3-8” with the heaviest snow totals over far southern suburbs.

A quiet weekend greets shoppers (and snow lovers) with highs above 32F by Sunday. Next week’s mild surge may be accompanied by a little rain by midweek. Oh the indignity of puddles in mid-December. In 16 days we pick up one minute of daylight!

Models Nudging Heavy Snow Band North. Weather simulations seem to agree that the heaviest snow band will set up (just) south of the Twin Cities, but the Wednesday evening solutions have shifted the zone of heaviest accumulation much closer to MSP. Are we a slam dunk for 6-8”? Not yet, but confidence levels are growing, especially southern suburbs.

Moderate Impacts. NOAA’s WSSI shows the most significant snow impacts staying south of MSP Friday and Friday night, but the potential for half of foot of snow in the metro area (especially southern suburbs) has increased. Stay tuned…

Warm Bias Strongest South of Minnesota. The mild signal is forecast to linger into most of December, especially south of Minnesota as a west-to-east, Pacific wind flow aloft continues to dominate. Spasms on snow and cold with longer stretches of temperatures above average.

Coming Down To The Wire With a White Christmas? Feeling lucky this year? I’m not. A persistent zonal (west to east) pattern may limit the amount of Gulf moisture reaching Minnesota in the weeks to come, with more Pacific than arctic air into Christmas, based on long range guidance. It may be another very close call to having 1” or more on the ground December 25.

Signals Of Climate Change Across US: A warmer climate is flavoring all weather now. Climate Nexus has headlines and links: “The Lower 48 states are set to see temperatures far above average for the next two weeks, low snowpack levels in the Mountain West augur poorly for the region already experiencing widespread drought. Even farther west, however, Hawaii is under a state of emergency as a winter storm dumped snow at higher elevations and more than a foot of rain at lower elevations, setting off flash flood warnings. While impacts vary by region, warmer temperatures, more frequent and severe droughts, and more extreme precipitation events are all signals of climate change, which is primarily caused by the extraction and combustion of fossil fuels.” (Temperatures: Washington Post $; Snowpack: Washington Post $; Hawaii: NPR, E&E News, CBS, NBC, ABC, Gizmodo; Climate Signals background: Extreme heat and heatwaves, 2020-’21 Western drought, Extreme precipitation increase, Flooding)

Climate Modeling Confirms Historical Records Showing Rise in Hurricane Activity. Here’s an excerpt of a summary at Phys.org: “…However, scientists have questioned whether this upward trend is a reflection of reality, or simply an artifact of lopsided record-keeping. If 19th-century storm trackers had access to 21st-century technology, would they have recorded more storms? This inherent uncertainty has kept scientists from relying on storm records, and the patterns within them, for clues to how climate influences storms. A new MIT study published today in Nature Communications has used climate modeling, rather than storm records, to reconstruct the history of hurricanes and tropical cyclones around the world. The study finds that North Atlantic hurricanes have indeed increased in frequency over the last 150 years, similar to what historical records have shown...”

Volatile Weather May Force Cities to Seek Additional Weather Insights. There is a role for the private sector; here’s a clip from Forbes: “Cities of all sizes work in concert with public and private weather entities to support transportation departments, emergency management agencies, public works, event planners and city leaders as they make strategic decisions for infrastructure maintenance and improvements, as well as critical public safety decisions. But in the wake of an increasing number of extreme weather events, there’s a growing trend of collaboration between city governments and private weather companies for more cooperation regarding public safety. Collectively the weather insights and risk communication before, during and after a weather event helps officials make critical decisions to keep citizens and structures safe, as well as learn from each event to improve on emergency preparedness...”

The Clean Energy Revolution Will Be Weather-Optimized. I wrote this post for AerisWeather (full disclosure: I am a co-founder and investor). Here’s an excerpt: “…Growing concerns about climate change and weather extremes aside, altruism is not the primary driver of these changes. The increase in renewable energy usage is largely tied to falling costs when compared to fossil fuel sources. In addition, many renewable technologies used by farmers for centuries have seen exponential improvements. For example, wind turbines have long been used for irrigation, while solar energy and photosynthesis are paramount to growing crops in fields and greenhouses to feed the world’s growing population. Renewable energy from the sun and wind is variable by nature. We have calm days, cloudy days, and, inevitably, nights. However, energy storage — specifically, increasingly sophisticated batteries — allows excess clean energy to be saved for use on those overcast or stagnant days. Energy storage exists alongside other short- and long-term storage technologies, distributed energy resources (DERs) like Demand Response, microgrids, and utility grid-scale transmission and generation improvements — all working together to ensure the balanced grid of the future...”

2021’s Weather Disasters Brought Home the Reality of Climate Change. National Geographic has a good summary of the more noteworthy examples of weather disruption: “From punishing heat in North America to record-breaking floods in Europe and Asia, this year’s weather showed us what it looks like to live in a world that has warmed by 2 degrees Fahrenheit (1.1 degrees Celsius) over the past century. “Dangerous climate change is already here. That’s a harsh reality we need to recognize,” says Michael Wehner, an extreme weather researcher at the Lawrence Berkeley National Laboratory. Extreme weather is already taking homes, businesses, and lives. Canada’s recent floods may be the most expensive in the country’s history, potentially costing an estimated $7.5 billion. The 18 weather disasters that hit the United States in 2021 together cost more than $100 billion, according to the most recent estimates...”

Climate Change Data Deluge Has Scientists Scrambling for Solutions. It’s all about the data, according to a recent post at The Wall Street Journal (paywall): “A deluge of climate data from a world in flux has scientists scrambling to find ways to store, analyze and preserve vast and unprecedented amounts of information about the effects of rising global temperatures. Earth’s future may depend in part on whether their efforts measure up. For decades, scientists working to predict changes in the climate relied mostly on calculations involving simple laws of physics and chemistry but little data from the real world. But with temperatures world-wide continuing to rise—and with data-collection techniques and technologies continuing to advance—scientists now rely on meticulous measurements of temperatures, ocean currents, soil moisture, air quality, cloud cover and hundreds of other phenomena on Earth and in its atmosphere...”

3 Questions About Climate Change That Need to Disappear in 2022. Dr. Marshall Shepherd has an essay for Forbes.com: “Yes. Yes. Yes. I will even go further. As I recently told reporter, we don’t have to refer to it as a “new normal.” It is the normal. One of my climate communication goals from is to kill the narrative of future tense and climate change impacts. For too long, we have discussed what is going to happen in future years, decades or centuries. Here’s the news flash, y’all. It is here. Attribution studies are improving and continue to affirm that the DNA of climate change is firmly a part of contemporary extreme weather events. Honesty, I am beyond rehashing the list of record-breaking storms or $1 billion dollar climate disasters in a given year. That’s the world we are now living in…”

Climate Change Crisis: Golf Courses on Borrowed Time as Earth’s Weather Patterns Become More Wild. A post at CNN.com caught my eye; here’s an excerpt: “…The president of the American Society of Golf Course Architects (ASGCA), Jason Straka, told CNN Sport how the climate crisis has been affecting golf in flood-threatened Florida, and in Ohio and Utah, which have been hit by warmer-than-usual weather and even drought. “Clubs never used to have to close after two-inch rain, now they do. They also experience sunny day flooding,” said Straka. In Miami, authorities are raising public drains to a minimum of 3.4 feet, but more than 50% of courses in the city are under this minimum, which rings alarm bells for Straka. “If they don’t go out and literally lift their footprint up in the air, they’re going to be in a perpetually deeper and deeper bathtub,” he said. “If they think they have problems now, in 10 years, they’re going to be a swamp.” But change will equate to cost, which is where golf’s critics find their voice once more: courses are just not sustainable anymore...”

Earth is Getting a Black Box to Record Our Climate Actions, and It’s Already Started Listening. ABC News in Australia has details: “…When an aeroplane crashes, it’s left to investigators to sift through the wreckage to recover the black box. It’s hoped the recorded contents can be used to help others avoid the same fate. And so it is with Earth’s Black Box: a 10-metre-by-4-metre-by-3-metre steel monolith that’s about to be built on a remote outcrop on Tasmania’s west coast. Chosen for its geopolitical and geological stability, ahead of other candidates like Malta, Norway and Qatar, the idea is that the Tasmanian site can cradle the black box for the benefit of a future civilisation, should catastrophic climate change cause the downfall of ours. If that sounds unhinged, it’s worth remembering that we’re currently on track for as much as 2.7C of warming this century...”