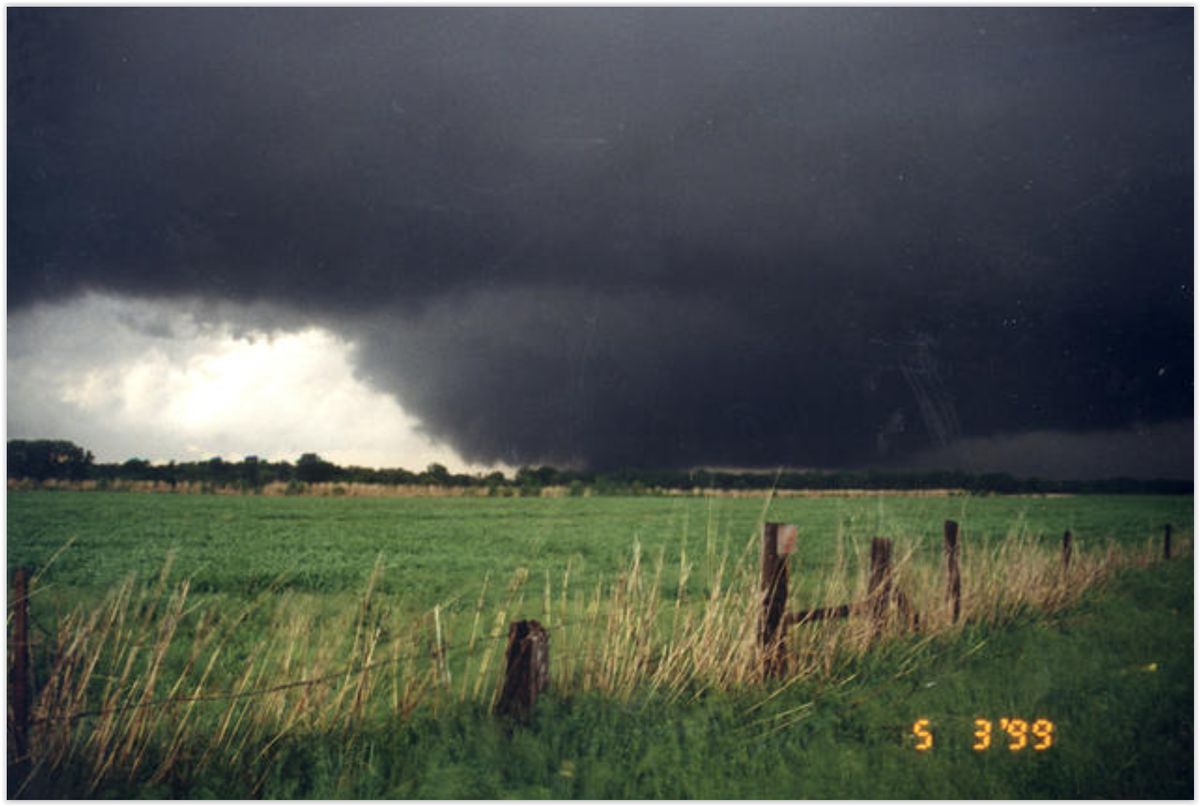 We are having a Covid Christmas this year. A family member visiting for the holidays tested positive, has mild symptoms, and now we are isolating, so as not to potentially infect other members of our family, including our 22-month old grandson. Like so many families we are making the best of troubling events beyond our control.

Expect low 40s and a few rain showers today before we cool off Christmas. Pieces of a massive west coast storm will break off and approach Minnesota in the coming days – by the end of next week I suspect snow lovers will be pleased, with enough bitter air in place to prevent melting anytime soon.

I see a Christmas Day coating, but a more significant system Sunday night may drop a few inches on the metro, with nearly a foot possible over parts of central Minnesota. The approach of the first subzero air of the season sparks a few inches Tuesday and models hint at a New Year’s Day snowstorm. Of course.

We are hunkering down, but not even Covid can diminish the hope, joy and promise of Christmas 2021.

National Snow Cover. According to NOAA 26.4% of the lower 48 states have snow on the ground. Stating the obvious, most of the USA will not see a white Christmas this year.

Nippy Last Week of December. Much of America will simmer well above average next week, especially southeastern states, but central and western states will see a harsh return to colder than normal temperatures, according to NOAA CPC.

Slight Moderation Two Weeks Out? Right now I see no imminent signs of a prolonged arctic outbreak – not yet. NOAA’s GFS model shows a west to southwest flow, which might result in a January thaw within 2 weeks. Confidence level: low.

What Science Says About Tragic Early December Tornado Outbreak. The Union of Concerned Scientists weighs in with what we know – and what we don’t know: “…Researcher Michael Tippett and colleagues found a trend toward more tornadoes in the most extreme tornado outbreaks since the 1970s with an associated trend for less tornado activity during periods in between tornado outbreaks. A tornado outbreak is when six or more EF-1 or stronger tornadoes occur in close succession. Researcher Christopher Furhmann and colleagues point to both the track length of tornadoes and EF scale strength as key factors that determine the level of danger tornado outbreaks present to people. These researchers point out that most tornado outbreaks occur with larger weather patterns that last over a significant chunk of a 24-hour period. That means forecasters have a greater chance to identify tornado risks and issue advanced weather warnings to help communities find safe places earlier…”

Along the Monster-Tornado’s 230-Mile Path: “She Saw the Fear in My Eyes”. The Wall Street Journal (paywall) details the tragic events of December 10 in Kentucky; here’s an excerpt: “…After forming near the nursing home in northeastern Arkansas, the twister tore off to the northeast, carving a catastrophic path 230 miles long and as wide as three-quarters of a mile across Missouri, Tennessee and Kentucky over the course of about four hours. It was one of a series of tornadoes that killed at least 88 people and leveled swaths of towns. Four days after the cataclysm struck, it is becoming clear that the early signaling systems put into place throughout the middle of the country, for the most part, worked as promised. People received text alerts and radio alerts from local officials and forecasters giving them enough time to shelter in place, as they have done for years during tornadoes. But the power, speed and duration of the tornado caught residents, businesses and cities by surprise and overwhelmed many of their safety procedures...”

Kentucky Tornadoes From the Air. This is a vantage point you rarely get with tornadoes. Check out the YouTube clip from Now This: “This aerial footage shows just how powerful the tornadoes were that hit Kentucky and other parts of the southeastern U.S. last weekend, resulting in at least 88 deaths. The footage was taken by an airplane pilot from approx 45,000 ft in the air and a distance of about 120 miles away.”

Cold, Heat, Fires, Hurricanes and Tornadoes: The Year in Weather Disasters. The Washington Post has a very good, interactive recap of all the atmospheric craziness: “Vicious wind and tornadoes put a deadly exclamation point on the end of an extraordinary year for extreme weather in the United States. Earlier in 2021, Texas froze and Seattle roasted. Parts of California flooded, burned, then flooded again. A hurricane that slammed Louisiana was so waterlogged that its remnants inundated New York City. A blizzard hit Hawaii. The weather was wilder than usual this year, and the reasons vary, climate experts say. Crazy cold snap? Giant hail? December tornadoes? Those happen now and then on a planet with natural variations in weather patterns...”

How the Building Industry Blocked Better Tornado Safeguards. The New York Times has analysis: “…While experts say the technology and design standards exist to better protect people and buildings from tornadoes, attempts to incorporate those designs into building codes have repeatedly been blocked or curtailed by the building industry, according to public documents and people involved in efforts to tighten the model codes. “It really does kind of boil down to money,” said Jason Thompson, vice president of engineering at the National Concrete Masonry Association and one of the proponents of the 2012 change. “There’s just different groups out there that want to keep the cost of construction as low as possible.” The stakes are growing…”

The Canadian Town That Burnt Down in a Day. BBC News has an eye-opening YouTube report: “In 2021, Canada had a record heatwave which scientists say was impossible without climate change. Wildfires engulfed Patrick Michell’s hometown of Lytton after it reached 49.5°C. Now he and his community must plan for an uncertain future. Meanwhile, an environmental protest against the logging industry becomes the largest act of civil disobedience Canada’s ever seen. BBC Life at 50C looks at extreme heat around the world.”

ECMWF News Highlights. ECMWF has a recap of 2021; here’s the intro: “ECMWF news highlights in 2021 include two upgrades of our Integrated Forecasting System that improved forecasts; projects and workshops to drive forward weather science; and new developments regarding the EU-funded Copernicus services implemented by ECMWF. An upgrade of ECMWF’s Integrated Forecasting System (IFS) to Cycle 47r2 implemented on 11 May introduced single precision for high-resolution and ensemble forecasts (HRES and ENS) and increased the vertical ensemble resolution...”

How Homes Could Be Retrofitted to Float During Floods. CBC News takes a look at new approaches and new techniques to try to make buildings more flood resilient; here’s an excerpt: “…The project, which conducts research to make low-income housing “amphibious” with such retrofits, was founded in 2006, after whole neighbourhoods of New Orleans were inundated in the wake of Hurricane Katrina. “The technology itself is actually very simple,” said English, who is also a professor of architecture at the University of Waterloo in southern Ontario. Buoyant floats are installed underneath the main floor of the house. Then, vertical guide posts are added next to the house and attached to it. That way, it will only move up and down and not side to side. During a flood, the house rises with the floodwaters. When the floodwaters recede, it sits back down on the foundation…”

Climate Changes is Shrinking the Odds of a White Christmas, This Year Included. Capital Weather Gang has an analysis of trends; here’s a clip: “…How have white Christmas chances changed in our nation’s cities in the past decade? We analyzed NOAA’s white Christmas data in the 25 biggest cities, from Seattle to D.C., and, unsurprisingly, found declines in most of them:

Did Climate Change Make That Freak Weather Even Worse? A post at WIRED.com (paywall) looks at forensic examinations of weather extremes and the link to a warming climate: “…Today, the results of attribution studies regularly make headlines, such as when scientists at WWA, who work to get their conclusions out in the immediate aftermath of an extreme event, reported that the 2021 Pacific Northwest heat wave would have been nearly impossible without the influence of climate change. Their studies have also found that climate change made a whole host of extreme events more likely—like this summer’s flooding in Germany, the devastating 2019-2020 Australian bushfires, and twoseparate 2019 summer heatwaves in Europe. (Some events, however, remain outside of the scope of extreme event attributions—tornadoes, for example, remain a “black box,” according to Swain…”)

Global Warming Can Set the Stage for Deadly Tornadoes. Climate signals are interacting with natural weather variability to create a meteorological puzzle, as reported by Inside Climate News: “…Scientists also know more about how a cyclical cooling phase of the Pacific Ocean called La Niña drives more frequent tornado outbreaks. Now it’s time to put that all together in the latest climate system models that can analyze all that information with more accurate results, he said. The recent study he co-authored with Lepore suggests that increases in conditions favorable to breeding severe storms and tornadoes are between 5 and 20 percent for every 1 degree Celsius of warming, “depending on exactly where you are in the world,” he said. “What little confidence we have is toward the frequency side...”

“Don’t Look Up” Nails the Frustration of Being a Scientist. Especially a climate scientist. Here’s an excerpt from a review at WIRED.com: “…The problem with that approach is that it’s a game that both sides can play. There’s a great mock political commercial in Don’t Look Up where a woman (soft focus, cradling a hot drink in her kitchen) looks at the camera and says she’s in favor of the “jobs the comet will bring.” We’ve become so polarized that basic facts—like whether there is a giant comet in the sky headed toward Earth—have morphed into pillars of identity, articles of faith. People wear them like clothing. Without giving too much of the plot away, humanity deals with the apocalyptic crisis of Don’t Look Up in exactly the way you’d expect—with apathy, inaction, organized disbelief, and attempts to profit from the catastrophe while billions face death…”

How Filmmakers Have Tried to Tackle Climate Change. Here’s a clip from The Washington Post (paywall): “…Seven in 10 Americans said they were at least “somewhat worried” about global warming in a recent survey conducted by Yale and George Mason University. That includes 35 percent who said they were “very worried,” a record high for the poll; only 9 percent said the same in 2011. These distraught feelings are becoming such a fixture of life on this planet that experts have already started to refer to them as “climate grief.” These emotions demand that we find a way to adapt and move forward. While some films can exacerbate climate grief, others call for action…”