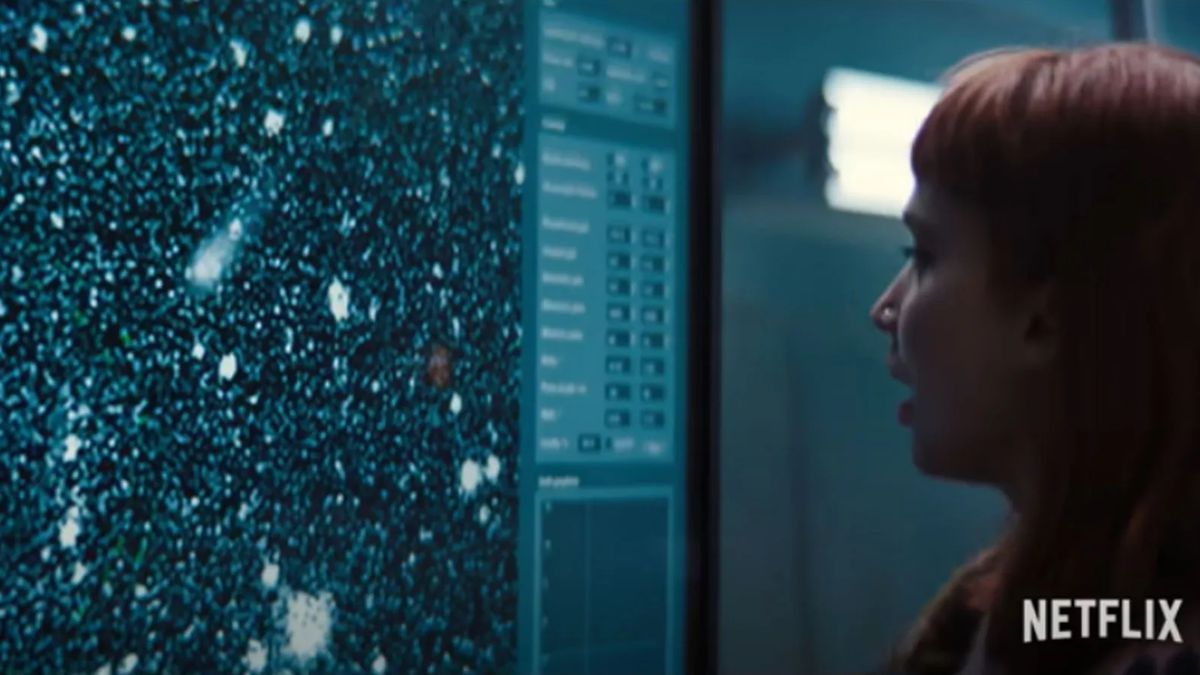 Moderation by Late January? A rising sun angle coupled with a retreating vortex of bitter air with more of a Pacific flow kicking should (in theory) pull us out of the deep freeze the last few days of January with mellowing temperatures are we head into February.

Snow Impacts For The Eastern U.S. As this system dips south, a significant low is expected to form in the Southeast as we head toward the second half of the weekend, lifting northward into Monday. The loop above shows the what the radar could look like in three-hour periods from 7 AM ET Saturday to 7 PM ET Monday. There does remain uncertainty in the overall track of this system, but wintry weather is possible across Arkansas and northern Mississippi late Saturday into Saturday Night. The heaviest snow with this system will fall Sunday into Monday from the Appalachians into interior New England, with uncertainty as to how close this heavy snow could get to the I-95 corridor. However, I would expected major impacts to travel across these areas as we head through the second half of the weekend into early next week. We will continue to bring updates on this system over the next several days. (thanks to Praedictix meteorologist D.J. Kayser for this analysis).

Drought, Haze, Tornadoes: Take a Deeper Look at Minnesota’s Bewildering 2021 Weather. Star Tribune has a great recap of last year’s eye-opening weather; here’s the intro: “In February 2021, the Twin Cities was at or below zero for 116 hours, the longest such period since 1994. That was just the beginning of a year of strange weather in Minnesota. A severe early June heat wave set the stage for a summer of intense drought for large swaths of the state. Wildfires in Canada – and, later, in the state’s Arrowhead region – in July and August spread a dangerously smoky haze as far south as the metro area. The drought eased in some areas in late August, but has continued in the northern part of the state into 2022. In mid-December, a powerful cyclone pushed a wave of warm air north, resulting in a springlike 58-degree day, strong thunderstorms and a series of never-before-seen late-season tornadoes across southeastern Minnesota…”

2021 Was a Deadly Year for Weather: 20 (Billion Dollar) Disasters Killed More Than 600 Americans. Yahoo News has details: “2021 was another catastrophic and deadly year for weather and climate disasters in the USA, federal scientists announced Monday. There were 20 separate disasters that each cost at least $1 billion in damage, the National Oceanic and Atmospheric Administration reported. Overall, the U.S. disaster cost for 2021 exceeded $145 billion, which is the third-highest cost on record. It was also a deadly year: At least 688 Americans died in disasters. That’s the most disaster-related fatalities for the contiguous USA since 2011 and more than double last year’s number of 262. The deaths were mostly the result of extreme summer heat in the Pacific Northwest, extreme cold across the South during the February freeze, Hurricane Ida across many states and the December tornado outbreak in the South, according to NOAA…”

A Vivid View of Extreme Weather: Temperature Records in the U.S. in 2021. The New York Times (paywall) has details: “Temperatures in the United States last year set more all-time heat and cold records than any other year since 1994, according to a New York Times analysis of Global Historical Climatology Network data. Heat waves made up most of these records. All-time heat records were set last year at 8.3 percent of all weather stations across the nation, more than in any year since at least 1948, when weather observations were first digitally recorded by the U.S. government. The world has been warming by almost two-tenths of a degree per decade. Extreme-temperature events can often demonstrate the most visible effects of climate change. “We do not live in a stable climate now,” said Robert Rohde, the lead scientist at Berkeley Earth, an independent organization focused on environmental data science. “We will expect to see more extremes and more all-time records being set...”

California’s Forever Fire. ProPublica takes a look at the nearly perpetual wildfires impacting the state; here’s an excerpt: “…The dominant story in California these days is that the orange, dystopian smoke-filled sky that blanketed the state on Sept. 9, 2020, was proof that our beloved was corrupted and had been for some time. We were in the midst of the worst wildfire season in the state’s history, and the evident wrongness traumatized us and shook us awake. Living in California now meant accepting that fire was no longer an episodic hazard, like earthquakes. Wildfire was a constant, with us everywhere, every day, all year long, like tinnitus or regret. The dry spring was bad; the dry summer, worse; the dry fall, unbearable. Even a wet winter (if we caught a break from the drought) offered little reprieve. All thoughts, all phenomena, existed relative to fire. Where we are now — January, the fresh and less fire-alarming time of year — should be the moment for us to relax and reassess what we’re doing in California and how to live here well. Yet the rains turn the burn scars into mudslides and allow the next season’s flora, what the foresters call fuel, to grow…”

How Radar Works: The Technology Made Famous by War. Live Science has an interesting look at how technology designed for war has been applied to tracking tornadoes; here’s an excerpt: “Radar was among the most important technical breakthroughs of the Second World War. The technology helped Britain and its allies emerge victorious during the Battle of Britain, the air war fought over UK skies in 1940, according to Imperial War Museums (IWM). Radar – which stands for Radio Detection and Ranging – is a detection system that uses radio waves to locate objects. It is still widely used today, but as technology has advanced they now often harness microwaves, according to the Earth Observing Laboratory. These are at the higher frequency end of the radio spectrum and provide more accurate readings...”

The Past 7 Years Have Been The Hottest in Recorded History, New Data Shows. The Washington Post (paywall) has details: “…In 2021, global temperatures were between 1.1 and 1.2 degrees Celsius (2.2 degrees Fahrenheit) above the preindustrial average, according to new data from NASA, the National Oceanic and Atmospheric Administration and Berkeley Earth. Despite a La Niña weather pattern in the Pacific Ocean, which tends to cool the planet, 2021 was roughly tied for sixth-hottest year ever observed, scientists say. All of the seven hottest years on record have happened in the last seven years. The new global temperature data sets, which come from three of the world’s top climate research institutions, are packed with alarming signs of a world in crisis. More than two dozen countries that are home to about 1.8 billion people experienced their warmest years ever last year…”

Global Temperature Report for 2021. Berkeley Earth has similar findings for last year; here’s an excerpt: “Berkeley Earth, a California-based non-profit research organization, has been preparing independent analyses of global mean temperature changes since 2013. The following is our report on global mean temperature during 2021. We conclude that 2021 was nominally the sixth warmest year on Earth since 1850. Our estimate of the global mean temperature in 2021 was significantly colder than 2020, but similar to 2018 and 2015. Given the uncertainties associated with temperature measurements, all three of these years 2015, 2018, and 2021 are essentially tied as the fifth, sixth, and seventh warmest years. The last seven years have included all seven of the warmest years observed in the instrumental record. Year-to-year rankings are likely to reflect short-term natural variability. In 2021, a persistent La Niña event is believed to have reduced temperatures somewhat compared to years without a La Niña event. Overall, the long-term trend remains consistent with an ongoing pattern of global warming...”

The Phenomenon of “Don’t Look Up”. Have you watched it yet on Netflix? It’s worth your time, and summarizes the perpetual denial and misinformation surrounding climate change in recent decades. Here’s an excerpt of a review at Yale Climate Connections: “By the end of the Sunday, January 9, Don’t Look Up, writer-director Adam McKay’s dark satire about the impending impact of an Earth-killing comet, intended as an analogy for inaction on climate change, had been streamed on Netflix for a total of 322 million hours, putting it within striking distance of the most-watched movie in the platform’s history. Dividing that imposing number by the film’s running time (2 hours and 18 minutes) provides a high-end estimate of the number of viewings: 140 million. That’s 51 million more than the number of people who bought tickets to see Roland Emmerich’s The Day After Tomorrow (Day After) during the entirety of its 2004 run. In other words, in just three weeks Don’t Look Up has eclipsed Day After as the most widely viewed fictional film treatment of climate change…”

Ocean Warmth Sets Record High in 2021 As a Result of Greenhouse Gas Emissions. The Washington Post reports (with a local angle): “The warmth of the world’s oceans hit a record. Again. A new analysis, published Tuesday in the journal Advances in Atmospheric Sciences, showed that oceans contained the most heat energy in 2021 since measurements began six decades ago — accelerating at a rate only possible because of human-emitted greenhouse gases. Since the late 1980s, Earth’s oceans warmed at a rate eight times faster than in the preceding decades. “When you have this long-term upward trend, you’re getting records broken almost every year, and it’s this monotonous increase,” said John Abraham, a co-author of the study and a professor at the University of St. Thomas in Minnesota. “We’ve built up so much greenhouse gas that the oceans have begun to take in an increasing amount of heat, compared to what they previously were...”

We’re Getting Less Snow, And It’s Having a Big Impact on the Environment, Study Shows. Gothamist has an interesting post; here’s the intro: “It’s no secret, especially among climatologists, that we’re getting a lot less snow now than we used to. Researchers at Dartmouth College in New Hampshire have been poring over 100 years of available snow data across the globe — which includes everything from simple measurements with yardsticks to sophisticated calculations using automated sensors and satellite photos — to quantify just how much of a decline there’s been, and now they have some early results. In a study published in the Bulletin of the American Meteorological Society in November that’s focused on the Western United States, researchers found declines as big as 30% over the past century, which are directly linked to proceeding summertime droughts and consistent with climate change caused by human activity such as the burning of fossil fuels…”

U.S. Emissions Surged in 2021: Here’s Why in Six Charts. Inside Climate News has the post; here’s an excerpt: “U.S. carbon dioxide emissions boomeranged toward pre-pandemic levels in 2021, a turnaround from more than a decade of downward trends, and freight transportation and coal are major culprits, according to a report released Monday by the Rhodium Group, an independent research firm. America’s greenhouse gas emissions grew 6.2 percent last year as the American economy largely recovered from pandemic lockdowns, the Rhodium report estimated. In comparison, between 2005 and 2019, U.S. emissions fell nearly 1 percent annually, on average, according to the Environmental Protection Agency. The uptick occurred largely due to a 17 percent jump in coal-fired power generation, the first annual increase in coal generation since 2014, and a rapid resurgence of road transportation…”

Climate Disasters Threaten U.S. Grids, Risking Billions in Losses. What happened in Texas last winter may be the tip of the iceberg, according to a post at Bloomberg Green: “The U.S. utilities sector could suffer annual losses of up to $4.1 billion as climate hazards threaten to batter the industry’s infrastructure, according to a new report. Roughly one in five global power lines are heavily exposed to rising sea levels, hurricanes, wildfires and storms, according to BloombergNEF data published Wednesday. In the U.S. alone, 700,000 kilometers (435,000 miles) of power grids are vulnerable to physical climate hazards — just shy of the distance to the moon and back...”