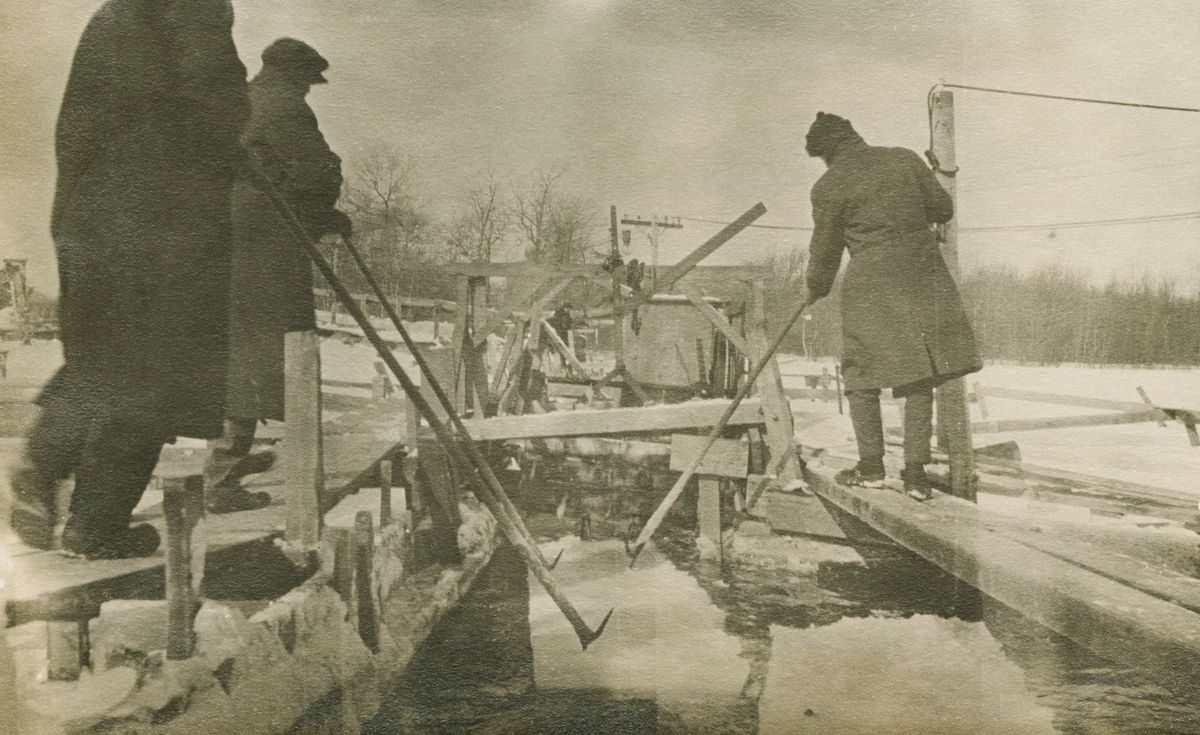 Too Cold To Snow (Much) Anytime Soon

Of course it can snow at any temperature colder than 32F, but when it’s subzero the main storm track is shoved too far south. Storms thrive along the contrast, the boundary, between warm and cold. We can still pick up scrawny little clippers capable of wind- whipped powder, but the big, sloppy, moisture-rich one-foot-plus storms don’t have a chance.

As temperatures mellow a bit, which should, in theory, happen in February, the storm track pushes north again, and we may add to our snowfall totals. In fact models spin up heavier snow or even ice the latter half of next week. Details are up in the air.

In the meantime, we smile through gritted teeth and endure a collective near-death meteorological experience. 18 below Wednesday morning gives way to 30 above Thursday AM, with weekend highs in the 20s. Pass the Dramamine.

We’re getting the really cold stuff out of the way in January. Right? Right?

Tip-Toeing Out of the Deep Freeze? Note the question mark. NOAA’s GFS model shows the coldest air (of winter) finally lifting northward during the first week of February with a west/southwest wind flow aloft returning east of the Rockies. That could (should) mean moderation and a better chance of heavier (wetter) snowfalls in the coming weeks.

How Coronavirus Lockdowns May Have Led to Less Lightning in 2020. Not a headline I was expecting to see. CNN.com connects the dots: “Researchers have discovered a possible link between the coronavirus pandemic and fewer instances of lightning reported during worldwide shutdowns in the spring of 2020. Global lightning activity decreased nearly 8% in 2020 amid lockdowns triggered by the pandemic, according to research presented in December at the annual meeting of the American Geophysical Union (AGU), a nonprofit scientific organization dedicated to promoting “discovery in Earth and space science.” Scientists who worked on the study discovered a potential cause for this drop in lightning activity: a decrease in atmospheric aerosols, tiny particles of pollution suspended in the air around us. These aerosols — produced through the burning of fossil fuels, among other things — can paint a picture of what’s going on across the earth’s atmosphere, from weather patterns to natural and man-made events, experts say...”

Predictions Favored Solar Over Wind Power. What Happened? Interesting analysis from The New York Times (paywall); here’s an excerpt: “…The same year that Seamans scoffed at wind energy, his agency issued a report asserting that the sun’s “virtually inexhaustible potential supply of energy” could represent a quarter of the nation’s energy use by 2020. Nearly 50 years later, wind and solar farms have sprouted across the country — but solar power accounted for less than 3 percent of American electricity last year, while wind made up around 8 percent. President Biden is aiming to run the U.S. energy grid entirely on clean energy within 15 years, and he has set a goal of cutting the cost of solar energy by 60 percent over the next decade. To hit these targets, policymakers might do well to explore why Seamans’ predictions were essentially upside down…”

How Young People Can Make Effective Change in the Climate Crisis, According to Experts. ABC News reports: “The fate of the world is in their hands. The youngest generations may feel that they have the smallest ability to impact the devastating effects of climate change at the moment but also shoulder the burden of its future effects. This responsibility — along with the prospect of living under a looming humanitarian crisis — sparked by rising sea levels and extreme weather events exacerbated by climate change — has caused widespread psychological distress among young people. Many say they don’t trust their leaders to make the right decisions for them and the planet. They are frustrated with older generations for putting them in this position and they are scared about the future of the planet — about what living conditions will look like decades from now…”

A Project to Count Climate Crisis Deaths Has Surprising Results. Some surprising results are highlighted in a WIRED.com post; here’s a clip: “…Putting a number on climate deaths isn’t just an academic exercise. People are already dying because of extreme temperature and weather events, and we can expect this to become more common as the planet continues to heat up. If governments want to put in place policies to prevent these deaths, they need a way of accurately measuring the deaths and ill health linked to warming. The search is on for the true mortality cost of carbon. As part of this search, the UK government has made its first attempt at putting a number on climate change deaths. The UK Office for National Statistics (ONS)—an independent government agency responsible for producing official data—has for the first time reported climate-related deaths and hospital admissions in England and Wales. The report covers the years 2001 to 2020, but future reports will be released annually, revealing for the first time detailed information about the impact that climate change is having on health in the two nations...”

Climate Change: Misinformation on Facebook, YouTube “As Bad as Ever”. USA TODAY explains: “The climate is changing, but misinformation about it on the major social media platforms is not. Climate change falsehoods, hoaxes and conspiracy theories are still prevalent on Twitter, Facebook, TikTok and YouTube despite pledges to crack down, a new report says. Social media posts and videos denying climate change, disputing its causes, or underplaying its effects not only can still be found on these platforms, they are often missing warning labels or links to credible information, according to Advance Democracy, a research organization that studies misinformation. Climate scientists say they’re frustrated by the lack of progress in stemming the tide of climate change misinformation…”

How the Refrigerator Became and Agent of Climate Catastrophe. A post at The New Yorker provides perspective; here’s a clip: “…The use of cooling technology is growing worldwide. China now accounts for close to half of global air-conditioner purchases and roughly three-quarters of global production; in Dubai, where life during much of the year would be next to impossible without air-conditioning, hotel swimming pools are chilled. According to a report published in 2018 by the International Energy Agency, refrigeration in 2016 accounted for about six per cent of the world’s energy consumption, and space cooling accounted for about eight per cent. In the same report, the I.E.A. predicted that worldwide energy use by air-conditioners would triple by 2050, “requiring new electricity capacity the equivalent to the combined electricity capacity of the United States, the E.U. and Japan today.” Energy use by refrigerators is on a similar upward path…”

Your Medical History Might Someday Include “Climate Change”. WIRED.com (paywall) delves into the myriad of ways a rapidly-changing climate may show up in our lives; here’s an excerpt: “…Beyond the specifics of Merritt and his patient, the story raises big questions about how medicine can and should handle systemic impacts on health. Merritt wrote “climate change” in a bout of frustration, wanting to document what he was seeing in real time. Other doctors have taken different approaches. Nyasha Spears, a physician at St. Luke’s Hospital in Duluth, Minnesota, takes nearly the opposite tack that Merritt did—rather than quietly writing in a chart to make a broader point, she talks to her patients constantly about climate change and the environment. “As a family doctor, my jam is habit change. This is what I do,” she says. “So my thought with climate change is, can I start peppering my conversations with patients all the time with an argument that habit change is good for them on a personal level, but also good for the environment?…”